In recent years, everywhere you go, everything you read online, you see the term “Big Data”. People might picture it as trillions of trillions of flowing “Matrix-like” numbers and figures. But what does “Big Data” actually mean for us? We are just at the beginning of a “data revolution” that will touch every business and every life on this planet, and it is something we cannot choose to ignore. Don’t believe me? Here are 10 facts that speak for themselves to paint a realistic picture of this revolution. Here are 10 facts about big data you need to know: 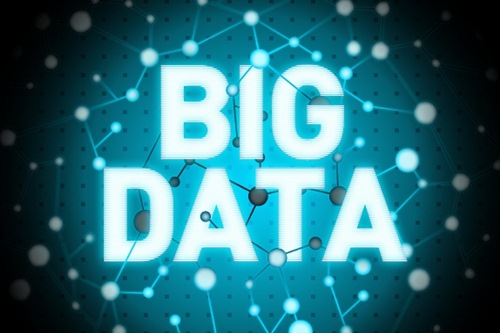 “Big Data”, as it is called, is really about big sets of data. One of the mos surprising facts about big data is that, they are much bigger than what we usually think of “Big”. While different people may have different definition of “Big Data”, and that it does not have a rigorous definition, here are two definitions that are accurate and conclusive. McKinsey defines big data as referring to “datasets whose size is beyond the ability of typical database software tools to capture, store, manage and analyze.” Mayer-Schönberger and Cukier wrote in their book “big data refers to things one can do at a large scale that cannot be done at a smaller one, to extract new insights or create new forms of value, in ways that change markets, organizations, the relationship between citizens and governments, and more.” To illustrate how big “big data” is, let’s take a look at few figures:

– Every second we create new data. For example, we perform more than 50,000 search queries every second (on Google alone)

– Every minute up to 300 hours of video are uploaded to YouTube alone.

Such amount of data could not be handled by conventional database technologies and machines more than a decade ago. New technologies, such as Hadoop and Spark, emerged to harness the power that underlies in exponential growth in amount of data generated each day.

9. We All Contribute To Big Data 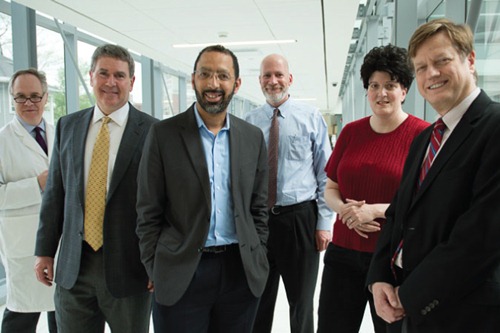 This is among the most surprising facts about big data. As mentioned above, there are large amounts of data generated every day, mostly from our daily activities on the Internet, such as searching on Google, posting on Facebook, Tweeting, while these are generated by active user activities, some data sets are produced by data collected from passive user behaviors, such as, the duration of users reading a particular online article. We do not really notice when we are generating data, we might just be using our phone, taking some selfies, watching some videos, but what we do, are crucially important for site owners and businesses, and more importantly, we are contributing to this “Big Data” revolution by contributing to one of the most fundamental parts – data generation.

8. Data Means A Lot To Businesses 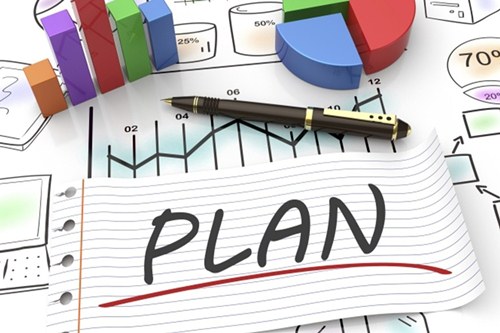 Businesses are now able to extract insights of their users and customers in a more comprehensive and interactive manner, instead of the traditional ways such as phone survey. Among the most intriguing facts about big data is that plenty of corporations are now implementing “Big Data” as a support to their core business.

A well-known example is that Google adjusts its auto-complete recommendations based on user habits and other information, for instance if I am a programmer from Korean, and I have used Google for quite a while, when I search “Python” (a programming language), it will automatically put sites about Python programming language at top priority instead of showing information about snakes. Google would also know what ads to display so that user will feel less annoyed, and that the marketing benefits can be enlarged.

Big Data is also used by luxury brands, PRADA is installing RFID scanners in fitting rooms, as a part of their “smart fitting room” project, to show trends that both clothing designers and retailers can use to boost sales. Another example is that, for instance, when we are surfing online, we respond to online contents naturally, that we just read and navigate based on what we feel we like. And this generates crucial insights for site owners and businesses to study user behaviors and adjust their marketing strategies and product design. Companies that have their own blogs would find it extremely helpful in understanding their customers.

7. Governments Use Big Data Too 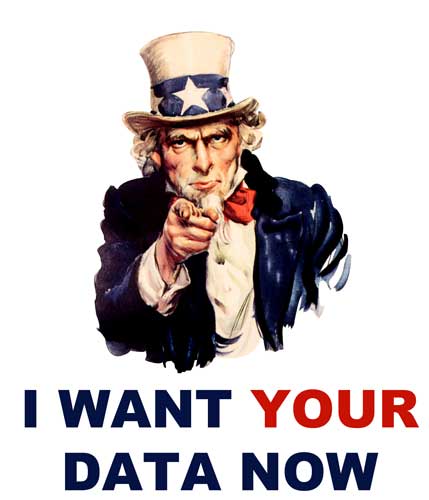 One of the most significant facts about big data is that it played a key role in U.S. president Obama’s election campaign, over 1.000 paid staff worked on the campaign, 2.2 million volunteers and in total more than 100 data analysis who ran more than 66,000 computer simulations every day. The objective of the campaign set out by Jim Messina was to “measure everything”.

The idea was to demand data on everything that happened during the campaign in order to measure everything and ensure that they were being smart about everything. Governments find big data an extremely important tool in knowing the opinions and demands of citizens (provided that they would listen to people), as it provides near real-time and comprehensive updates of public views and demographic information. The governments are also using it for various aspects of a city’s daily operation, and it will be discussed in the following facts.

6. Big Data Is Not Only About Businesses 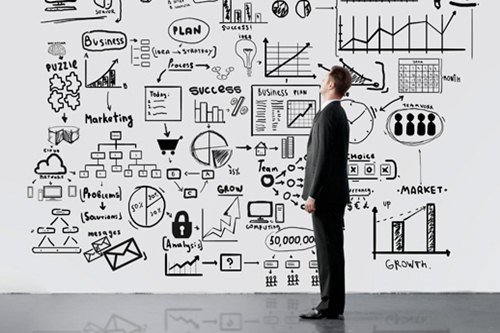 The London Olympic authorities were using Big Data to effectively enhance traffic conditions. During the Olympics, each driver spends on average 3 days dealing with traffic jams, and the Transport for London pointed out that on average 300 traffic-related accidents would happen each day. They incorporated the Olympic Route Network as well as Split Cycle Offset Optimization Technique, to monitor traffic flow, and to optimize it by controlling the duration of red lights.

5. It Could Save Your Life 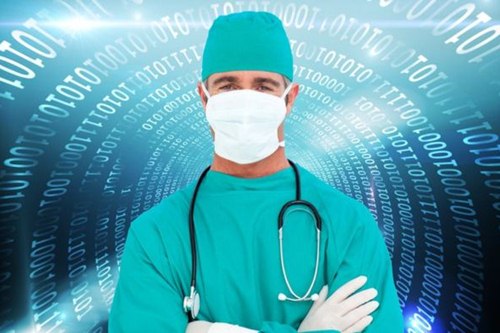 Pharmaceutical makers are linking gargantuan amounts of data from genomics and other research to help understand more about disease and drug interactions; this is a huge boost in drug research & development. More effective drugs, especially those targeting at cancer and chronic diseases, are likely to be produced in much larger quantities in near future. With big data, doctors would be able to assess and evaluate the effectiveness of therapies, thus matching patients with suitable clinical trials, spreading up development and approval of new medicines and shine a spotlight on cost-effective therapies. 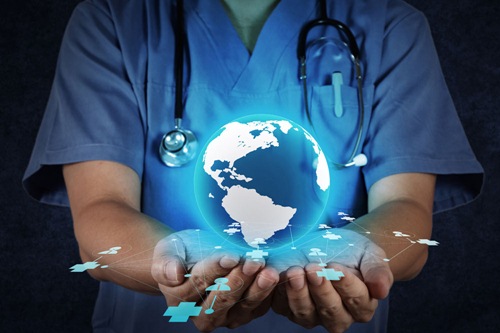 One if the greatest facts about big data is that it used to better understand human mobility during a pandemic, to build realistic models of how infectious diseases spread, and to illustrate the impact that government intervention can have on the containment of a pandemic. The government could make use of big data to model in real time how public policy measures affect mobility flows and disease infection rates. Epidemics can be combated at a global scale, the effectiveness has been proved to be high in the case of Ebola. Google Flu Trends implements data analytic to predict flu spread, so that prevention can be done beforehand.

Big data can be used in crime prevention, crime detection and national security. Crime patterns can be predicted and crime prevention has worked out well with big data (though it raises various ethical issues). Big data is also a great weapon against frauds, transactions can be monitored and anomalies can be detected much efficiently and accurately. Can we achieve justice through big data? We might know the answer in near future.

2. Dark Side of Big Data 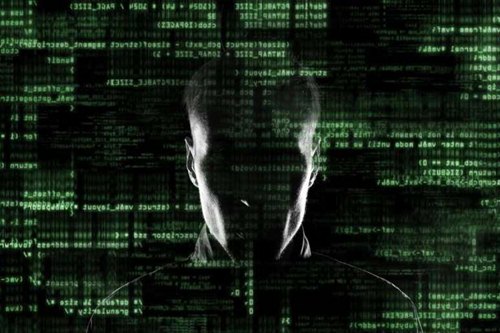 There are various drawbacks of implementing big data. This is among the less concentrated facts about big data. For example, privacy is harder to protect because the traditional legal and technical mechanisms don’t work well with big data, the data sets might contain sensitive information, including personal I.D. and information about your income, habits and preferences, which might be exploited by businesses as it means huge profits for them. Moreover, big data is likely to be implemented in sectors including finance and medical, financial information concerning individuals and medical records, which are the ones that we prefer no one else knows, will be high-priority targets for hackers. Big data may also be used as a tool for surveillance which violates individuals’ privacy and rights.

On the other hand, in the big data age, the challenge will be safeguarding free will, moral choice, human volition, human agency. This is rather philosophical and it is more or less similar to the controversies over the development of Artificial Intelligence.

Last but not least, more people will be unemployed due to big data. As machines would be smarter to extract insights, the job which is conventionally performed by human, there is a foresee-ably large loss in jobs available. Financial and business sectors are likely to suffer the most, as marketing analysis could now be done by machines with data analytic, and that even stock prices can be predicted by big data analytic, we could easily imagine a lot of jobs in marketing departments and investment banks would be lost due to the emergence of this big data revolution.

The increasing popularity and application of Internet, personal computers and related technologies brought about an massively increasing amount of data created, the quantity of Internet data has been increasing exponentially, from 2005 to 2012 it has increased by 1,696% and the increase is likely to speed up in the near future due to increasing popularity of Internet, social media, personal computers and mobile devices. The big data industry is expected to grow from US$10.2 billion in 2013 to about US$54.3 billion by 2017. The big data revolution brings about various pros and cons, and is something that, clearly, none of us could turn a blind eye on.

10 Facts About Big Data You Should Know