It’s renowned for being the most painful toy to stand on, however, Lego is more than just a child’s play thing. Over 45 billion bricks are produced each year and there are around 86 bricks per person on the planet! Lego is also one of the world’s largest manufactures of tyres and there are over 4 billion mini-figures, making it the largest population group in the world. The distinctive, brightly coloured bricks can be used to create a range of impressive and complex sculptures. Here are the biggest and most impressive Lego models in the world. 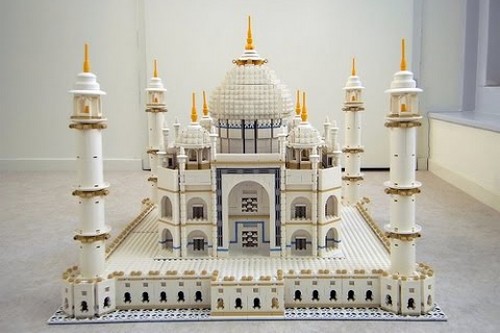 A model of the Taj Mahal, in India, is Lego’s largest commercially available set, in terms on number of pieces. It contains 5922 individual pieces. To build the model of India’s most iconic landmark, there are three instruction booklets and assembles in three parts for easy transportation. Once completed, the model is 20 inches (51cm) wide and 16 inches (41cm) tall. The model of the Taj Mahal took the record from the Lego Millennium Falcon, which was made of 5195 pieces. 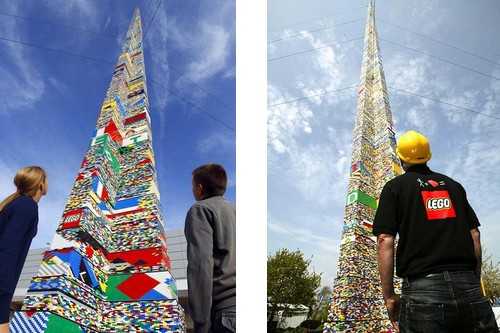 One of the easiest things for children to construct is a simple tower. At 116 feet four inches (35.47m), the tallest Lego tower is made of over 600,000 bricks. Constructed between the 24th and 30th June 2016, it stands in the German Legoland Theme Park. It had to be constructed with the use of a cherry picker! The largest tower that is based on a real building is a model of the world’s tallest building, Burj-Khalifa. The model was made for the World Tourism Fair for the Dubai stand of course. 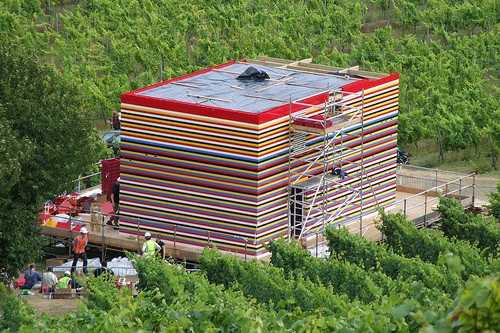 Surely all Lego sets have been used to create a house at some stage. The largest though, was constructed for British TV’s James May. Using over 3 million bricks, volunteers constructed a two-storey house made entirely of the plastic bricks. The presented even slept the night in the house! A Lego cat, Lego cups and Lego furniture were all built for the show, although the Lego chairs proved a little uncomfortable!

4. Most Lego Bricks in one model 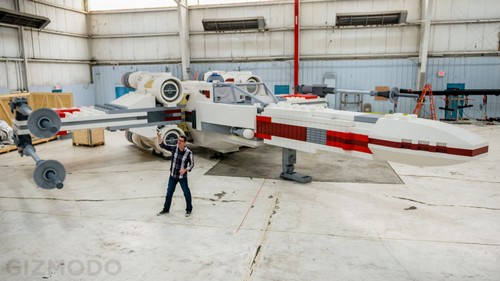 A full size X-Wing Fighter from the Star Wars films is currently the model with the most amount of bricks. A whopping 5,335,200 bricks were needed to create the life-size spacecraft, taking a team four months to construct. With a wingspan of 44 foot, it weighs in 20,856 kg. The model is 42 times larger than the commercially available Lego set of the same design and contains special elements to make the engines light up and roar like the ‘real’ thing! 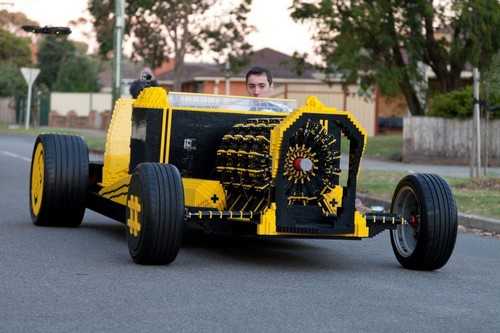 Half a million Lego Bricks were used to build a Lego car that can actually drive! The car uses compressed air to drive a radial engine. The car can hit a scary 20 mph, particularly nerve wracking as on the test drive the Lego throttle and the Lego steering wheel both broke! Let’s hope the wheels weren’t made from bricks too! 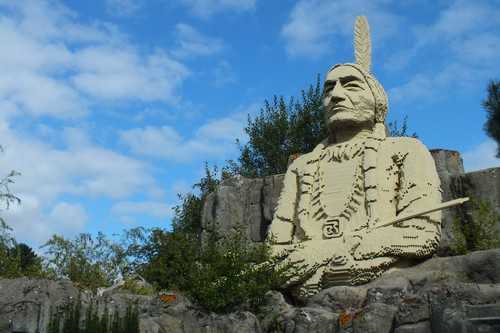 The home of Lego, Billund in Denmark, is home to the largest Lego sculpture. 1 ½ million bricks are used to create the 24-foot-tall image of Sitting Bull, the famous native American performer and leader. The statue took two years to plan, design and build. A crane was needed to position the head of Sitting Bull onto the largest model in Legoland. 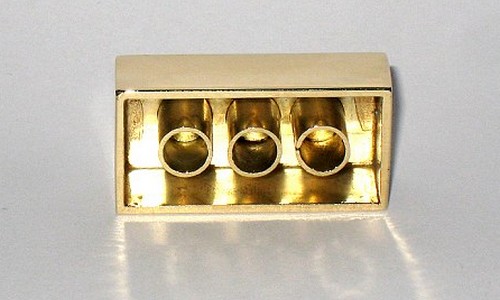 Lego is known for not being a cheap toy, however these really are expensive. A platinum element, a mask for a Lego Bionicle character, was sold for $15000 in February 2014. A 14K gold brick, that was given to employees with over 25 years of service to Lego in 1979. An example was sold for $14,449 in 2012. The most expensive mini-figure is a solid gold (14K) model of Boba Fett from the Star Wars collection. 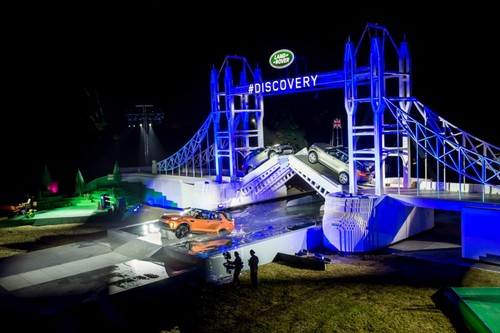 The Western Australia Brick Society built a 129ft (39.32m) bridge based on the Akashi Kaikyō Bridge. The support towers had to be over 9 foot tall. Railway modellers used the bridge to transport a collection of different train models. As a publicity stunt to while launching their new car, Land Rover created a 42ft (13m) high copy of London’s Tower Bridge. 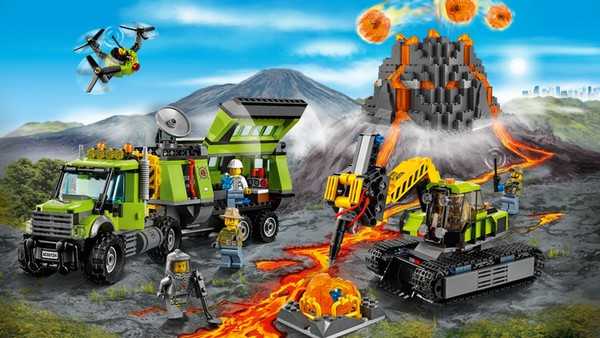 Lego doesn’t just have to create models, sometimes you can make something beautiful too. Cowley School, in London, used 1.2 million Lego bricks to clad one side of their building. The entire wall is 2700 square feet (250 sq m), and had to meet building standards before the children could construct it. It took them just three months to complete the project. The Lego inspired exhibition, the Art of the Brick, showcased the beauty of the bricks, going on a world tour. 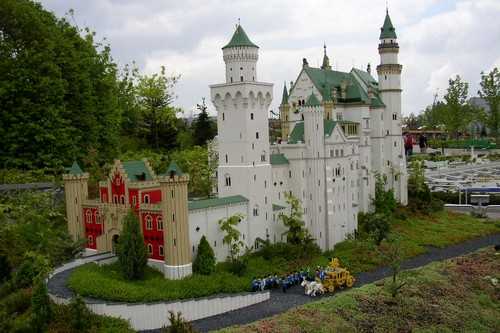 The Toy and Plastic Brick Museum in Ohio houses the largest Lego Castle. Although the museum began as a toy museum, the Lego soon began to take over. There are an estimated 4 million bricks in the museum, with 1.4 million being used to create the castle, occupied by 2100 mini-figures.