A few days ago I’d made a list on ‘10 of the Most Powerful Opening Lines in Novels’. Now I was thinking about it, a feeling creeped onto me that closing are probably more powerful than opening lines because, those are the script that allows us the pleasure of feeling for the novel the final time. So, this time we’ll look into the 10 of the most powerful closing lines in novels:

10. The Stranger By Albert Camus

“For all to be accomplished, for me to feel less lonely, all that remained to hope was that on the day of my execution there should be a huge crowd of spectators and that they should greet me howls of execration.”

About the novel: Published in 1942, the book is an exemplar of Camus’s ‘philosophy of absurd’ and ‘existentialism’ where the hero is condemned for not playing his part in the societal game. There’s an astounding amount of depth that the writer manages to convey by his simple presentation.

9. The Sorrows of Young Werther By Johann Wolfgang Von Goethe 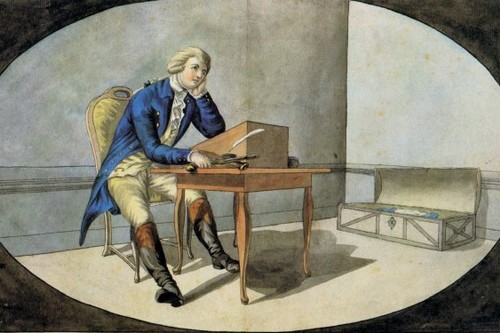 “At twelve o’clock Werther breathed his last. The presence of the steward, and the precautions he had adopted, prevented a disturbance; and that night, at the hour of eleven, he caused the body to be interred in the place which Werther had selected for himself. The Steward and his sons followed the corpse to the grave. Albert was unable to accompany them. Charlotte’s life was despaired of. The body was carried by labourers. No priest attended.”

About the novel: Known for spreading the epidemic of ‘copy-cat suicide’ following its publication in 1774, The Sorrows of Young Werther has had great influence over the later romantic literary movement in Germany. In fact the novel had a practically astounding cultural influence over contemporary Europe called the ‘Werther effect’ which caused young men throughout the continent dress in the clothing style described for Werther in the novel, among other things. 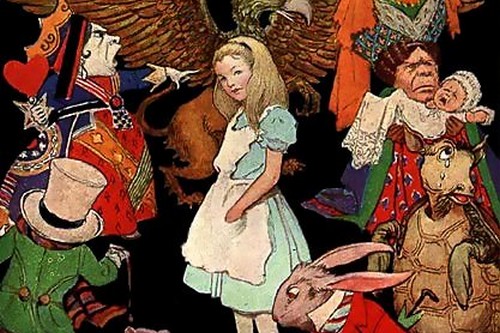 “Lastly, she pictured to herself how this same little sister of hers would, in the after-time, be herself a grown woman; and how she would keep, through all her riper years, the simple and loving heart of her childhood; and how she would gather about her other little children, and make their eyes bright and eager with many a strange tale, perhaps even with the dream of Wonderland of long ago; and she would feel with all their simple sorrows, and find a pleasure in all their simple joys, remembering her own child-life, and the happy summer days.”

About the novel: Written in 1865, the novel so magically plays with logic that it is loved both by adults as well as children. Alice in Wonderland (the shorter name) best exemplifies the ‘literary nonsense’ genre and has been over the years immensely influential for its narrative style and structure, imageries and characters, especially on the fantasy genre.

7. A Tale of Two Cities By Charles Dickens 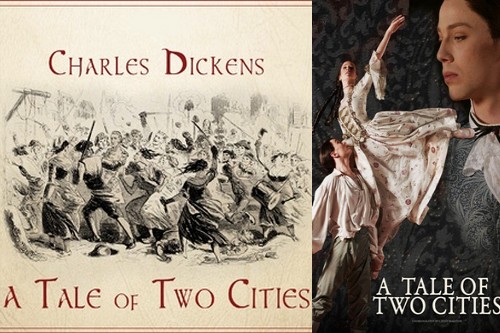 About the novel: At the time Dickens wrote this book, he was one of the most popular and significant English writer in the world. A revered classic, the book is masterfully written with suspense, humour, meaningful description, quirky characters and sentimental pieces of entertainment all the while commenting on the relevant social condition i.e. the ‘French Revolution’. 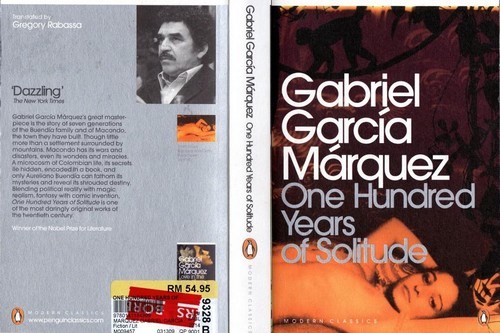 “Before reaching the final line, however, he had already understood that he would never leave that room, for it was foreseen that the city of mirrors (or mirages) would be wiped out by the wind and exiled from the memory of men at the precise moment when Aureliano Babilonia would finish deciphering the parchments, and that everything written on them was unrepeatable since time immemorial and forever more, because races condemned to one hundred years of solitude did not have a second opportunity on earth.”

About the novel: Undoubtedly a masterpiece that has been translated into 37 different languages and sold more than 30 million copies. First published in Spanish in 1967, One Hundred Years of Solitude was a representative novel of the Latin American Boom in literature, poetry and criticism around 1960s and 1970s.

5. The Reader By Bernhard Schlink 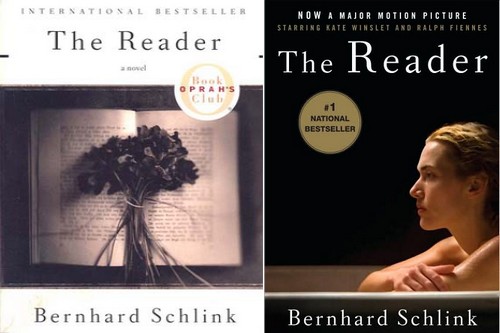 “As soon as I returned from New York, I donated Hanna’s money in her name to the Jewish League Against Illiteracy. I received a short, computer-generated letter in which the Jewish League thanked Ms. Hanna Schmitz for hr donation. With the letter in my pocket, I drove to the cemetery, to Hanna’s grave. It was the first and the only time I stood there.”

About the novel: A parable, written by a German law professor and judge, that deals with the difficulties the post-war generation of Germans had faced in comprehending the holocaust. The book went on to win several awards and was translated to various languages. It has even been included in the curricula of college-level courses of German literature & Holocaust literature. The film adaptation of 2008 had five Academy nominations and Kate Winslet winning best actress.

4. The Hunchback of Notre-Dame By Victor Hugo 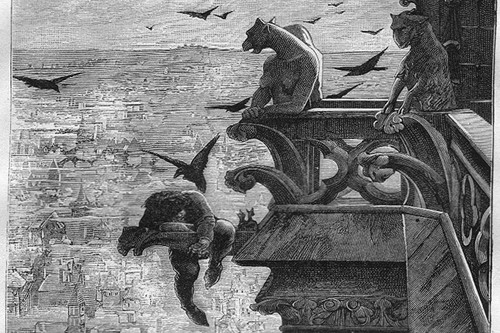 “…The other skeleton, which held this [one] in so close an embrace, was that of a man. It was noticed that his spine was curved, his head close between his shoulder-blades, and one leg shorter than the other. Moreover, his neck was not broken, and it was evident that he had not been hanged. The man to whom these bones belonged must therefore have come hither himself and died here. When an attempt was made to loose him from the skeleton which he clasped, he crumbled into dust.”

About the novel: It is a French romantic or gothic novel published back in 1831. The title refers to the Notre Dame Cathedral in Paris around which the story largely centres. 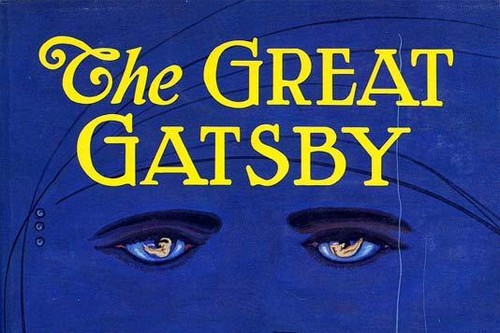 “So we beat on, boats against the current, borne back ceaselessly into the past.”

About the novel: Regarded as a cautionary tale set during the Roaring Twenties or the Jazz Age. Fitzgerald’s magnum opus, was inspired by his own experiences and is themed on social upheaval, resistance to change, idealism, decadence and unbelievable excesses.

2. The Book Thief By Markus Zusak 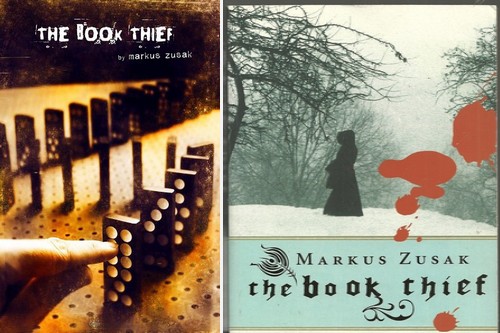 “I am haunted by humans” – spoken by ‘Death’, the narrator.

About the novel: Published in 2005, the book has won numerous awards and was listed on The New York Times Best Sellers List for over a year. The film adaptation of 2013 by director Brian Percival is recommendable. It features two of the finest actors, Emily Watson and Geoffrey Rush. 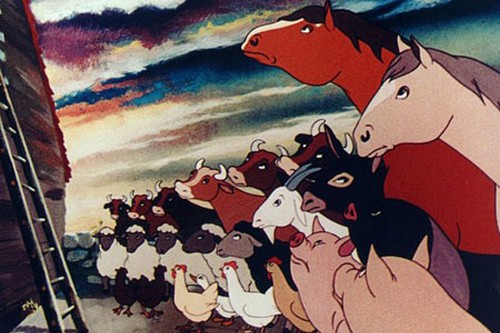 About the novel: An allegorical novel with boars, pigs, piglets, horses, donkeys, sheep, cow as well as humans living in a dystopian world. Orwell got the idea of this political satire when he saw a young boy of 10-years-old whipping a carthorse whenever the creature tried to turn. It then struck him that if animals should one day realise the power they posses then the game would turn against humans. He saw that men exploit animals just the way they exploit weaker being of their own species.