Ever left your purse or wallet on the counter in your own house, came back and then found yourself solving the mystery of who stole your Doe? Well let’s be honest, not everybody has a fancy twist knob combination safe to store their valuables and putting our money in the bank is always an option, but with bank charges for each transaction too. Here is a list of unusual but highly obvious places you can conceal cash at home. Check out the 10 unusual places to hide money in the house:

10. In An Abandoned Shoe Box 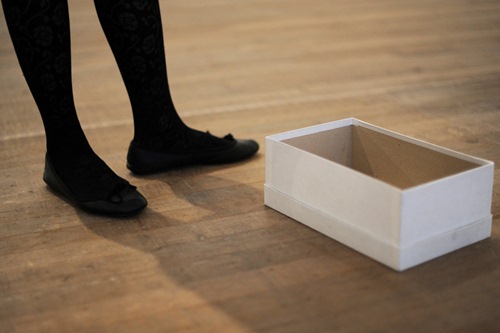 Women have tons of shoes with shoe boxes piled up in the closet that collect dust over time. The boxes keep piling up. If we live in a household where no other women borrow our shoes without our permission, we can hide our money stash in one of those and stack a whole lot above it. A shoe box is one of those very unusual places to hide money; but it work!

The trick to doing this successfully without being puzzled is to color code your boxes and of course to remember “the one” in which your money is hidden. This way one would be able to identify the box immediately without scrounging through each one to find the hidden treasure. Stacking other shoeboxes on top of it sort of secures its strategic position. A pile of shoe boxes are considered as junk to other people who are probably of the opposite sex or are perfectionists and will not touch ‘junk’ or even bother about it, so we can safely say that the doe will be secure where it is. Every time you go out, you need money and if you’re a women, then you need shoes too so this would be a perfect combination or hiding spot wouldn’t it?

9. Under A Large Carpet 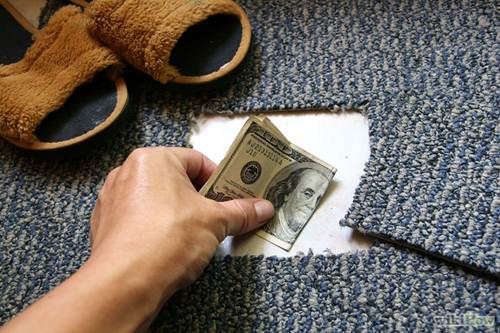 Every home has a carpet placed in an unimportant area. If an indoor carpet is placed where people hardly walk, then we’ve got ourselves yet another money holder. People walk up and down over a 1000 times without looking down unless it’s dark and they decide to be cautious. Nevertheless a lovely carpet is admired by sight but who would go and rip the whole thing of the ground to inspect it? Unless they are forensic scientists!

Regular households usually clean their carpets using a vacuum if not the traditional old broom. Since hiding money at home is a temporary thing until it’s spent, the carpet solution wouldn’t be such a bad idea. Doing so though would require you to place it in a thin envelope to prevent dust and tearing. Simply seal it with an envelope and slip it under towards the middle so that it doesn’t pop out to unwanted carpet admirers. Money really is a ‘dirty’ thing after all.

8. In A Stuffed Animal 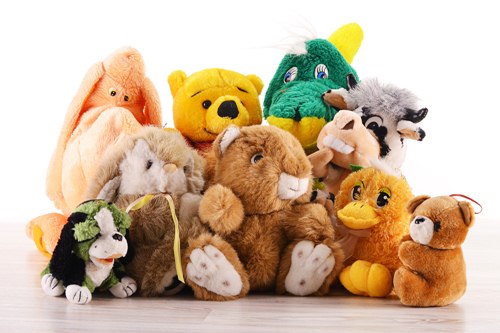 Teddy bears and soft animate objects are generally so close to us sometimes right up to adulthood and so is money close to us, why not have both together near you all the time? Stuffed animals are usually abandoned toys left on the sides our beds or on display cabinets. Households have many of these as a collection and it’s most likely to get bigger and bigger as time goes on. The great thing about hiding money in a teddy bear with no worries is that other adults focus more on adult things and probably wouldn’t even notice it, so playing with it is out of the question. If you have a thick roll of money that you wish to stash away for a short while, stuff it in the already stuffed animal either by cutting and closely sewing the back of it or some has a zip to just slide down, place it somewhere where they aren’t any children around of course. A teddy is definitely one of the greatest unusual places to hide money.

7. Inside A Non-Transparent Vase 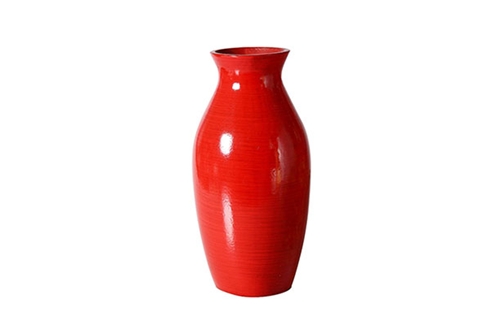 Flower vases are hollow on the inside and make excellent decorations on display, however it is generally the flowers blooming inside it that people tend to notice more rather than the actual vase. If there is one that’s placed in a high position and isn’t likely to be tipped over and eventually breaking then one can leave their coins and small bank notes in there to make it ‘grow’ with your flowers. Before turning the vase into a piggy bank make sure that it is a large one that is not transparent or else your money would be screaming “come take me, here I am” to all the flower lovers. 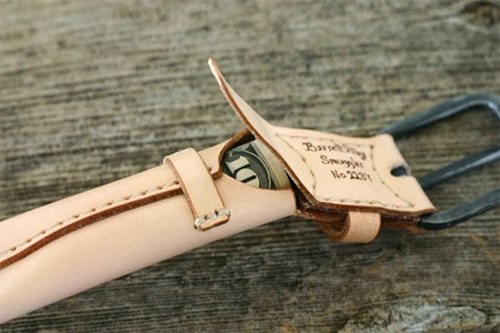 Both men and women have clothing consisting of fancy coats, jackets, trousers and other sophisticated garments that are worn on a daily basis and some of which in the closet or wardrobe are rarely worn. It is most likely that one of those has some inner sewn zipper pockets or compartments that aren’t visible from the outside. Often our clothes are hung on rails in closets or wardrobes and sort of cover each other. Stashing money in those highly concealed zipper pockets or compartments comes greatly into play as unsuspecting persons would be tired out only by looking at a line of clothing placed one next to each other, let alone ruffling through each one. Alternate everyday by putting it in different pockets and different clothing to keep the ‘trend’ going.

5. Inside A Desktop Computer Casing 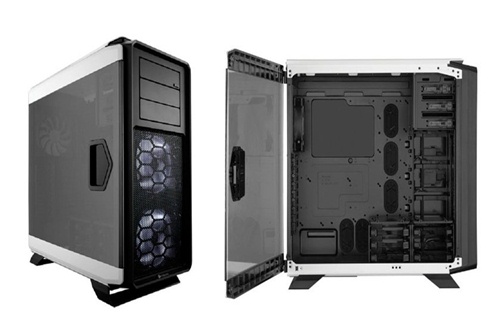 This is one of those highly recommended unusual places to hide money. If you have money, you most likely have a desktop computer too. In some homes these are for personal use, project experimental use or just lying there on that old table with parts that are outdated by a few years. Technology is a rapidly changing and developing thing by the second, so it would be wise to ‘invest money’ in computer technology, in this case physically putting your money into it.

Since a computer is for daily use, that’s all its for, the great thing is that once your computer is assembled it becomes an on and off process thereafter. Putting money into a small bank packet and neatly rolled in a corner of a computer tower casing with the lid popped first of course and away from the hardware components is a perfect hiding spot even for long term. Oh and Make sure to seal the side lid again. 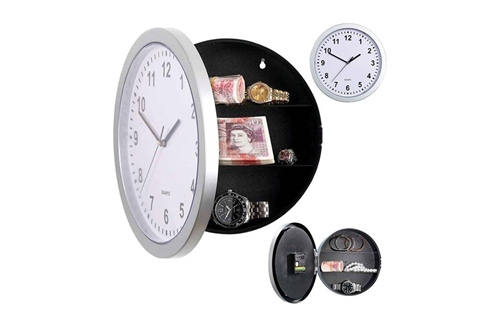 Ever heard the saying, “time is money”? In this case, literally. The wall clock is hung on the wall and serves not only the purpose of notifying somebody of the time of day at a far glance but is also one of the most unusual places to hide money. One needn’t have to tune it or set alarms as with a cell phone or wrist watch which ultimately makes it untouched at least not until the battery dies and needs replacing. Since the ticker is left high on the wall, noticed only by sight at a few second glance there isn’t any worry of what you keep in it and if it will be taken by somebody else right…but I guess only ‘time will tell’. Some wall clocks are expensive so instead of opening and destroying it, simply wrap a bank note several times around the battery and putting it in place. Now your money will be hidden behind the clock and against the wall. Even as time goes by the money will stay. Never thought of this one, did you! 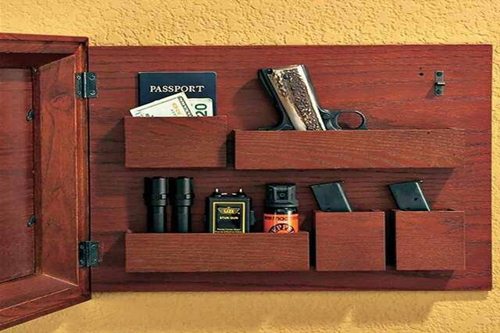 Photo frames are everywhere in everybody’s homes and for the purpose of upholding a picture in a certain position or to outline the image of somebody in a specific way depending on the design theme of the frame. In all or most cases they are framed and hung onto walls, displayed on cabinets and tables but abandoned for years or not even noticed by the people used to seeing it. Photographs are very sentimental and there’s an emotional attachment to it as it is with money too! At the back of each frame is a backing which can be removed and locked back into place, if it is removed, both bank notes and coins can be placed against the photo and locked again with the backing. There are really many ways to put money on your ‘image’ after all.

2. Under The Bed Mattress 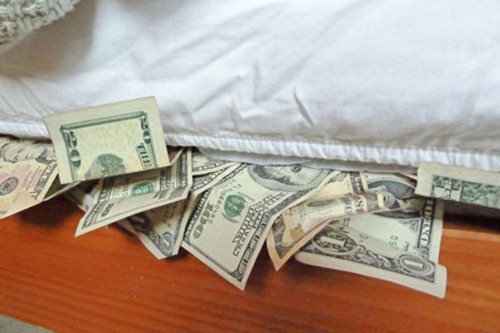 The mattress is one of the most unusual places to hide money in your house. Money seems to be on our minds every night before we go to bed, so why not actually “sleep on it”? Don’t we just love our beds, and it is the large comfy thing that we jump on after a hard day’s work or the spot where we have sex and women love money too in linkage to having sex. Everybody ‘dreams’ of money and all other good things that come with it, yet when we have some, it’s often spent quicker than we make it. Lift up the bed mattress and place all the spending doe in possession flat to prevent it from being squashed. This validates the saying: “people love money so much they would sleep with it.”

1. Inside The Door Handle 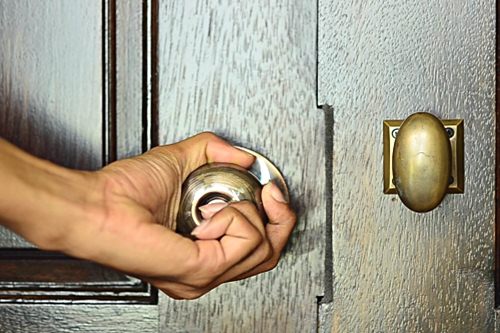 Doors as with most things in our homes aren’t touched and held for hours as it merely takes a second to either open, close or lock it. The point here is that it’s meant to be touched and left. Some doors in a household are kept standing and in use for many years if it hasn’t rotted, fallen apart or had to be broken down for some reason. It is recommended that your bedroom door becomes ‘opener of your wealth’ as it will always be within your sight and guard at any given time. There is an exception to this option of hiding your money however and will only work on wooden doors with handles that can be screwed on. Make sure to open the cover carefully without damaging anything and place your cash rolled up and away from jamming the lock mechanism. Well that’s the last of many unusual places to hide money. Happy cash stashing!

10 Unusual Places to Hide Money in The House