Some said World War 3 will happen in 2016. Many others were of the opinion that it is going to be the hottest year ever (based on scientific evidence). As we near towards the end of 2016, we thought to give the year an overview by showing the most trending issues of the year to you. 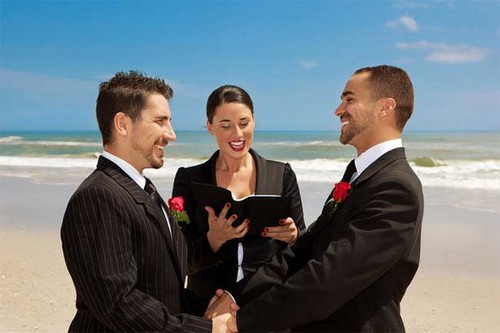 Probably the most controversial topic of 2016 was a law that officially allowed, recognized and supported the marriage of people of the same sex. This did not come suddenly. For years, unisex marriage activists have created an ambience where the idea was nurtured. In schools for example, kids were told stories that went something like, “Philip has two dads. Life is so much fun because when one dad can’t take him out, the other will. When one dad brings him chocolates, the other one brings him toys. Both his dads make weekends so much fun!” This is how they tamed the minds of young ones.

Gay marriage is allowed in many “developed” countries either partially or nationwide. Notable among these are Denmark, United Kingdom, Ireland, Iceland, France, Canada, Luxembourg, Norway and Belgium. Certain states in the US allowed same-sex marriages but it is now accepted nationwide.

Both the major faiths of the world (Christianity & Islam) do not allow same-sex marriage but like they say, “in the end, love won!” 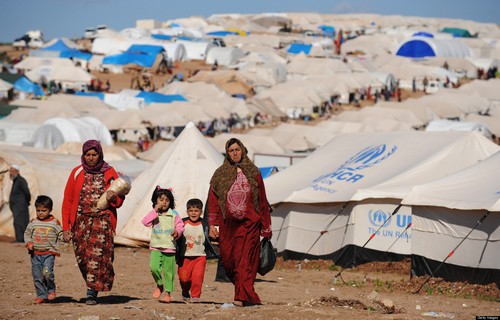 The visual of Elan Kurdi lying on a beach and being washed by a wave every now and again shook the world. His helplessness, his pain, the mundane finality of this world- this could all be seen in the short clip. Then the small clip of another Syrian injured boy, being taken into an ambulance- traumatized and shocked- rang an alarm throughout the world. Activists everywhere called governments to address the refugee crisis.

This actually began in 2015 when refugees from Syria travelled in boats across the Mediterranean Sea to almost all of Southeast Europe. However, besides Canada and Turkey there was no notable player in the refugee-seeking-asylum game. Thousands of immigrants have died in their attempts of crossing the sea, probably in their dire attempt to “try and live”.

While the seas, birds and wind is free to cross boundaries and borders- people are not. Yet the civilized part of the world can’t close its eyes on this issue. 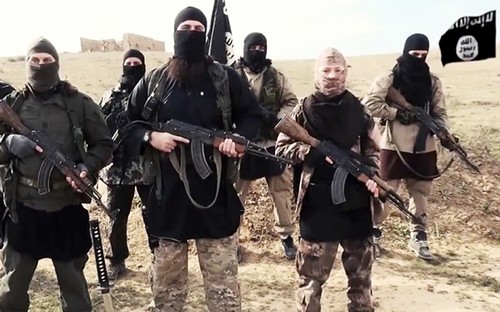 Fearful and horrendous- two words that describe it best. ISIS played a major role in escalating Islamophobia worldwide. According to ISIS, it is attempting to restore Islam to its previous glory from the times of the Caliphate. Skimming through history pages we see that only a few hundred years out of over one thousand were peaceful during the Caliphate. The rest were marked by rebels, governors claiming independence, riots and conspiracies against the Muslim Caliphate (mostly involving Muslims killing the Muslims).

With its current operations mostly in Syria and Iraq, the activities by the Islamic State are mainly responsible for making people leave their homes in Syria. A joint coalition of forces is fighting against the ISIS which includes indigenous Syrian armies as well. As of now, most of the international conflict against ISIS is concentrated in and around Mosul. Headed by Al-Baghdadi, ISIS is an alarming and terrifying aspect that has emerged around the last year and 2016. 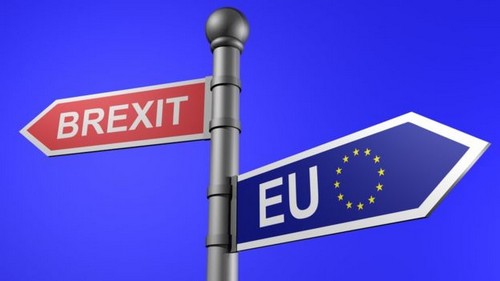 The United Kingdom’s withdrawal from the European Union is commonly known as Brexit. It was preceded by a nationwide referendum where majority of the population was in support of it. The calls for referendum were previously rejected by David Cameron in 2012. However in February 2016, he announced a referendum which won the support by 52% to exit the European Union instead of remodelling the institution.

Gordon Brown amongst many other notable commentators have told the public that they will be fighting against the referendum in the coming decade because matters like this do not come without catastrophe. Once the implications of Brexit are understood by the masses, people may change their decision, or so Tony Blair thinks they will.

Brexit will imminently lead to a collapse in market and investment, followed by defaults, unemployment and economic problems. Yet, it might solve the issue that has been scaring people to Brexit- immigrants and the terrorism attached to incoming migrants. 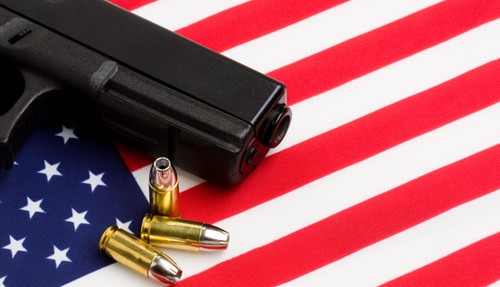 Back in 1996, a disturbed man in Australia opened fire on people in a cafe leaving 35 dead and 19 injured. Massive changes in gun control laws followed the incident which left the country free of one third of the guns it had. Since then, officials have asked why the same can’t be done in other places that are victimized by gun violence. The reported cases in Australia after the steps taken have been considerably low. Read also; 10 Facts About Guns in the USA That’ll Surprise You.

5. China as an emerging power 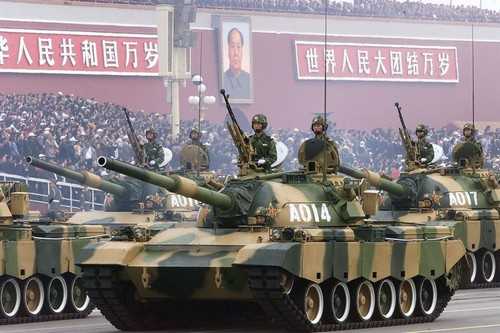 For almost half a century, America has had the self acquired privilege of being the policeman of this world. No other country after Russia has been able to thwart the position of America. For a while Iran did scare them a bit but not to a level of alarm. Today however, the emergence of China as a superpower has left America paranoid. Paranoid is the right word to put it because America based its decision to retain bases in Afghanistan based on its geographical location. It creates a greater presence in the seas around the world, as if 83 bases were not enough, to exude the power that is associated with military. With nearly 300 naval warfare ships, America possesses the most powerful military in the world but that alone is not enough to retain the status of a superpower. The secret to being a superpower lies in economics. China has taken a pathway that has not only led to prosperity, rather it has put China on a path of being the next superpower. That is something America hasn’t had to face for a while and thus it has occupied the minds of 2016. 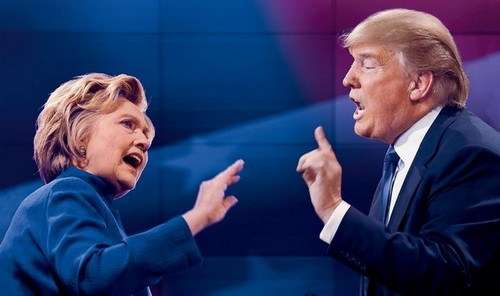 In November 2016, the world experienced the 58th Presidential elections of the United States of America which happen every four years. Why do we say that the “world” experienced the election? The answer is evident in point number 5 above. America and its economy affects the whole world at one point or another. The crisis of 2008 began in America but affected even the far East countries of the world. Though the economic centre and investment is seeing a tendency to shift towards the East, American policies will still play a big role in shaping up the world.

After 9/11, the foreign policy of America has been pro-military than pro-economic. The President devolves power to state regarding most matters except national security, foreign policy and facilitating judiciary. He is the commander-in-chief of the armed forces and since these are the basic things he does- he does them quite well. It sometimes makes us wonder what the POTUS did when there was peace in the world? By the way, POTUS is President Of The United States, and not some hocus-pocus thing. 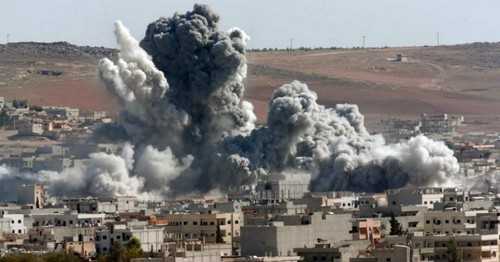 The old stories are quite the same with little “big” developments. Syria is still being bombed and casualties are higher than ever. Iraq is in a state of civil war with organizations like ISIS appearing on the horizon in the quite near past. Saudi Arabia is worried about the activities on its northern borders and Yemen. In fact, we heard “rare to occur” accounts of terrorist activities in the Kingdom of Saudia.

New amongst this unrest was the coup attempt in Turkey. A faction of the Turkish Armed Forces tried to seize power but the forces loyal to the state defeated the attempt. We saw highly emotionally arousing images of unarmed civilians blocking way of tanks. This failed coup attempt brought to light the importance of Facebook and other social media in the world of politics. Though Turkey is not exactly a part of the Middle East since it touches Europe and Middle East (Eurasian) both but for the sake of pointing out events of 2016 in Middle East, we consider it so. 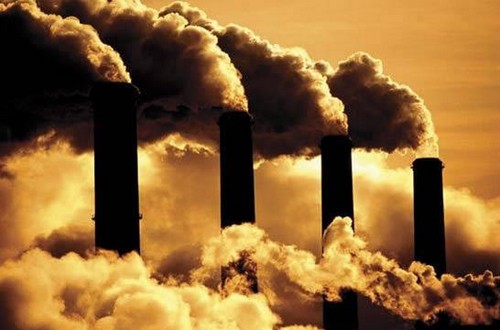 We are all running like crazy in a race that seems to end only with our death. Everyone in the world is running. Running towards a better future, towards better economy, running to gain more material possessions, to attain a better social status, running to life away from terrorism, running to safety- away from war; whatever the circumstances may be, we are all running. Yet a few people have time to stop and watch the footprints that we create while we run. The footprints that leave the earth depleted of its natural resources. The marks that stain the climate of this world in the form of Global Warming and pollution. Investors and capitalists are so fond of money that they don’t care about environment for the most part. In fact, they moved industry to China because Chinese laws about Environment Safety and Regulation are a bit less stringent than the far Western laws.

This had to be the number 1 Issue anyway. How America interacts with the rest of the world is of importance because at present it is the only superpower on the planet. Though China seems to thwart its status, there is still some time before something “notable” happens between the two. The Chinese economy thrives on exports with majority of the consumers in Europe and America. Unless the American paranoids can think of a way to stop consumption of Chinese goods (through WW3 maybe?!) it will continue to do so at least in the near future. The Presidential election of 2016 in America will define the foreign policy of the country in a newer way- possibly better too (we have our reservations about Donald Trump though). You may read about Donald Trump in our article 10 Reasons Why Trump could Win the Presidential Elections.