Most if not all people love dogs as pet companions. However, as to what kind of dog a person would own differs. Some dog lovers like a small dog, others prefer big breeds. Meanwhile, some people like a physically active dog that can keep up with them. Other people like a more sedated and less active dog.

Some dogs or puppies are “lazy” regarding physical activity. These pets would prefer just to walk around in a sedated manner, doesn’t run around often and would sometimes lie down to sleep or rest. If you’re the type of dog lover that prefer these kinds of dogs, then this list will give you a guide on what “lazy” (the most accurate term is “mellow”) dog breeds you can get as a pet companion. 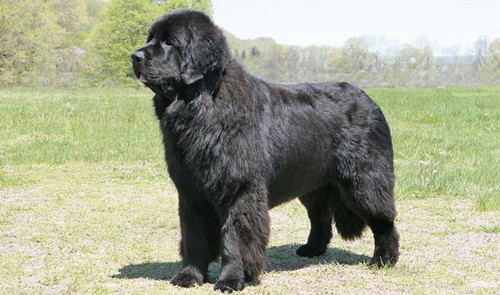 Think of the Newfoundland as a big Teddy Bear as well as a gentle giant due to its lovable, sweet, kind and friendly personality. Socialization training is necessary for the dog so try exposing it to different people, experiences, sounds and sights while it is still a young dog or puppy. Proper socialization training results in a well-rounded dog.

The Newfoundland needs a spacious home environment, is prone to slobbering, has a thick coat that needs regular grooming and thrives in cold climates. If you want a Newfoundland to exercise, you may have to give some positive encouragement. Finally, you may note that this dog is the same breed as the dog Nana in the novel Peter Pan who works as a canine nanny for the Darling family. 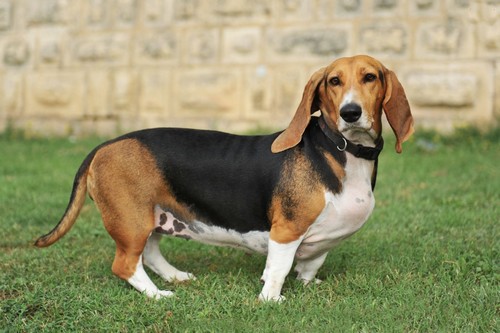 The Basset Hound is the most common representation of the Hush Puppy dog advertising icon. This dog tends to be calm and lazy around the house, but it has a loyal, pleasant, and friendly personality. In fact, the dog breed has no sharp temper and is too laid back due to its mild manners. Because of the dog’s origin as a pack dog, it loves to be close to its family and any other pets.

House training the Basset Hound can be a challenge due to its stubborn nature. The best way to motivate a Basset Hound is to use positive training methods and some tasty food as a reward for accomplishing a training feat. Well-bred Basset Hounds have idiosyncrasies tendencies, but they can get along with children and other pets. 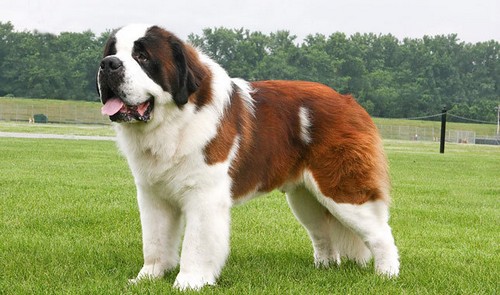 The Alps is chilly as well as lots of snow hence the reason that some travelers succumb to the cold. Luckily the Saint Bernard is there to help these poor travelers. A Saint Bernard is a large muscular dog that is like a giant in comparison to other dogs. How despite its size the dog is gentle, intelligent, good-natured and kind. The fact that the Saint Bernard helps travelers on the Alps is proof that this dog is man’s best friend.

In an indoor environment, the Saint Bernard is a beloved family friend. If you can tolerate the dog’s shedding and drooling, then you will love this dog. Strangely enough in spite of being a rescue dog, the Saint Bernard requires little exercise. A daily walk is more than enough physical activity for the dog. The dog thrives in a cold climate so if you’re in hot weather make sure that the Saint Bernard has shade and fresh cool water. 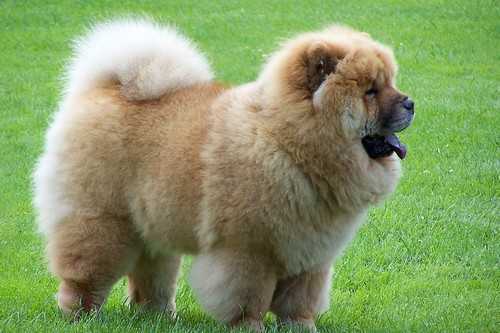 The Chow Chow dog used to be the favorite dog of the old Chinese Imperial family. The dog physically looks like a combination fluffy lion and small bear. The dog is aloof in nature, but it is also attentive and loyal to its family members even it is has a quiet demeanor. Socialization is important to the dog since it can be protective and territorial which results in the dog being aggressive or shy to other people. A Chow Chow that has been raised properly will be more open and friendly.

Chow Chows prefer indoors instead of backyards or dog kennels. For exercise, a daily 15-minute walk will keep the dog happy and healthy. Be careful of hot weather or climate since the dog cannot tolerate sweltering heat. Keep the dog indoors if it suffers from too much heat. 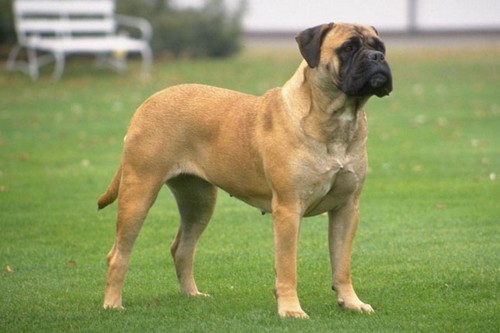 The dog’s short coat makes grooming sessions easy though it can be a drooler. Additionally, the coat doesn’t shed too much hair so cleaning the mess is easy. The Bullmastiff is not a high-energy dog though it does have a lot of high-energy when it is two years younger. For exercise, simply take the dog out for playtimes or short walks to keep it fit and healthy. When training the Bullmastiff at an early age, make sure that it understands that you are the head of the household to make further training sessions easy as well as curb its independence. 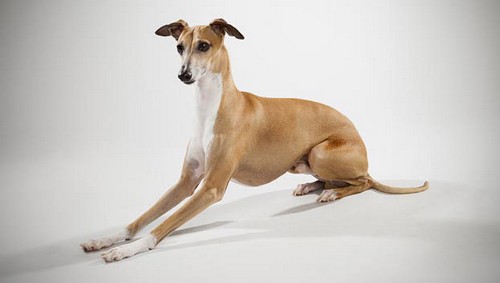 The Greyhound is a gentle pooch who prefers to stretch by a fire near its owner and family, but the dog has a more active role. Greyhounds have a body with an aerodynamic build, narrow head, long legs and muscular rear. The dog’s physical form is due to its purpose to be a hunting dog. Now the dog breed participates in dog racing. In fact when you mention “Greyhound” to another person the first thing that comes to that person’s mind is the doggie race track. Capable of making a speed of 40 to 45 miles per hour the Greyhound is the Ferrari of dogs.

Greyhounds excel in dog sports like agility competition, conformation, lure coursing and obedience. The dog is non-aggressive and friendly, though it can be aloof when facing strangers. Mistreating a Greyhound will cause it to become timid or shy. Proper training and socialization will give you a Greyhound that is playful and curious. Also, you have the option of adopting a Greyhound puppy or an adult that is retired from racing tracks. 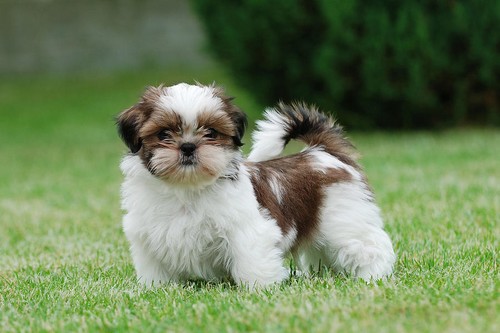 A dash of lion, add teaspoons of rabbit, two ounces of domestic cat, one part jester, put a dash of ballerina, a pinch of old man, a bit of beggar, a tablespoon of monkey, mix one part baby seal, a dash of teddy bear mixed with Chinese and Tibetan dog.This lengthy description is how American composer and teacher James Mumsford describes the Shih Tzu dog.

A Shih Tzu is a beautiful, friendly, devoted and lively to its family. The dog’s cute small size and charming demeanor make it a favorite pet for some people. The dog feels right at home whether it is in an apartment or a big country house. Children and other animals are no problems to the Shih Tzu though you will need to supervise the kids who are playing with the dog. 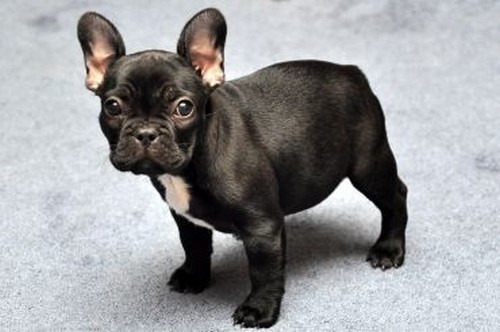 Unlike other dog breeds, the French Bulldog is not glamorous and showy, but it is still a beautiful dog in its way. The dog is small in stature with bat-like ears, but its body is powerful with a muscular build. The dog’s coat is short hence it is easier to groom. The French Bulldog used to be a ratter (a dog that catches rats), but now it’s a favorite pet companion for families and show dog that likes to relax in a comfortable place.

Training the French Bulldog is easy due to its intelligence. Make the training sessions look like a game to keep the dog interested. The French Bulldog like to lavish its affection on its human family though some socialization training is required, The dog also is an excellent watchdog and has strong protective tendencies for its family. 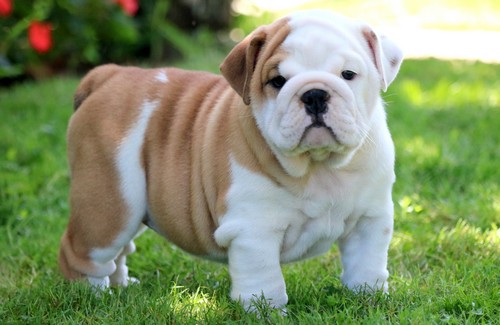 The English Bulldog is a ferocious-looking dog. Broad, muscular with a broadhead that has a droopy upper lip and a strong undershot jaw do give the dog a fierce look. However, the dog is playful, friendly, resolute and courageous. The dog is a little bit stubborn, but with a calm dignity and is very protective of its family.

The English Bulldog was originally bred to be fighting dogs in blood sports. Thankfully they became pet companions rather than fighters over the years. The English Bulldog today wants nothing more than to get attention and enjoy sleeping next to their owners. 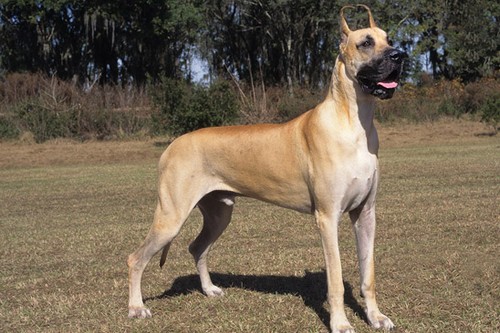 Most dog breeds started out as working dogs for hunting and guarding; the Great Dane is one of those dog breeds. Today’s Great Dane dogs have lost their ferocity as hunters and guards, but they haven’t lost their bravery and determination to defend their human family. The large size and loud bark of the dog will deter if not scare intruders.

Families could ask for a more adorable pet that is very affectionate. The dog has a peaceful, playful disposition and is gentle towards children. Obedience will further improve the Great Dane’s personality.

Remember that despite the “laziness” attitude of these dogs they still need some little exercise to maintain fit and healthy. All these dog breeds, mentioned above, will fit right in a home whose owner wants a little excitement. You couldn’t ask for more mellow and placid dog breed who only intends to be at your side.