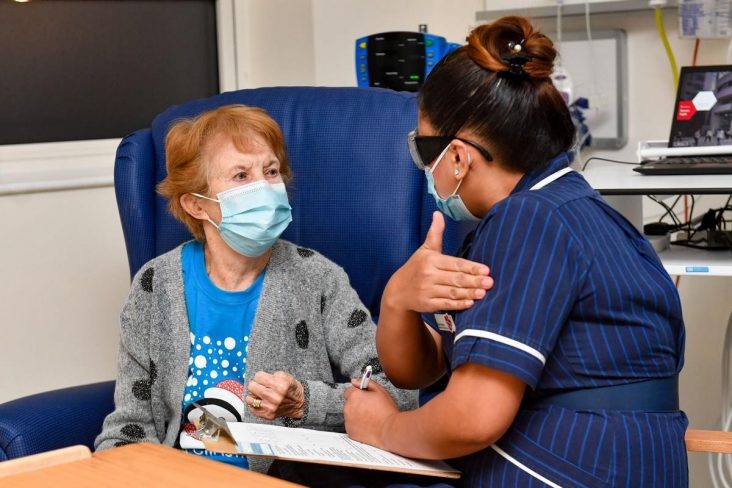 Unpredictable. This word sums up 365 days, 525,600 minutes, 31,536,000 seconds of almost pure chaos. When most people were popping open bottles of champagne and shouting “Happy New Year” at midnight on January 1, 2020, no one predicted what was soon to come in the freshly welcomed new year. Now, as we round off the end 2020 and anticipate a new beginning with the start of 2021, we look back on 2020 and see all the crazy, unpredictable things that happened.

Beginning January 16th, 2020, the 45th president of the United States, President Donald J. Trump was put on trial for impeachment. The United States House of Representatives accused Trump of “Abuse of Power” and “Obstruction of Congress” when they originally initiated the articles in December 2019. Ultimately, the impeachment ended with President Trump’s acquittal on February 5th, 2020.

9. The Democratic Republic of the Congo announces an outbreak of Ebola

On June 1, 2020, the Democratic Republic of the Congo announced a new outbreak of the Ebola disease. This was the 11th outbreak the region had seen. As testing proceeded, laboratory testing showed that the cause was likely due to the result of a spillover event from an animal reservoir.

In April 2020, West Texas Intermediate, a United States oil benchmark, took a dive well below zero – and into negative territory. Oil companies were living the unfathomable; would they have to pay someone to take their oil? The likely spectated cause of this came with the announcement of COVID-19, which caused the majority of jobs and shops around the world to close down, leaving few in need for gas for their cars.

7. Protests for the killing of George Floyd Broke Out

On May 25th, 2020, George Floyd was killed. The announcement of his death sent shockwaves through the United States. It is said that Floyd was killed by the knee of a police officer that was leaning on him, which caused him to suffocate. This sparked a movement of protests throughout the country.

For the first time, a company built by Elon Musk, the creator of Tesla, SpaceX launched two astronauts into space. Americans may remember May 30th, 2020 as the world watched a rocket being launched into the solar system with two astronauts aboard.

On May 5th, 2020, after the announcement of the COVID-19 virus, a neighborhood decided to spread job by having a “singing in the rain” socially distanced party. Elsa Williams shared a video of her neighbors dancing with umbrellas in the streets.

The former “Reading Rainbow” host announced he would read to quarantined people in the midst of the 2020 pandemic. He used the Twitter application to get his video out to the public. Many other artists joined in the show performing various entertainment acts for people at home during the virus.

8 years prior to his kidney transplant, Terrell Potter put former addict Jocelynn James in jail. James states that Potter saved her by arresting her and putting her in jail. After looking at Facebook after she was released from prison, she learned of Potter’s need for a kidney transplant and decided to give the former officer her kidney.

With the COVID-19 virus having been around for the majority of the year, the first vaccine was finally given to a British shop clerk on December 8th, 2020. Margaret Keenan, 90 years of age at the time of vaccination receival, was first in line to receive the potentially life-saving vaccine. Britain hopes to help the rest of the world create a vaccine that works, as they prepare to administer the vaccine to thousands of residents in the near present.

Perhaps the most unpredictable event of 2020, the novel Coronavirus shook the world with its announcement of pandemic-style outbreak in March 2020 by the World Health Organization. With the year 2020 coming to end, the world is wondering when, and if, the COVID-19 virus will ever go away. There have been announcements of vaccines coming out in the United States, as well as in various regions all over the world. With Britain starting vaccine trials in December, the world is hopeful that the virus will soon come to a halt.