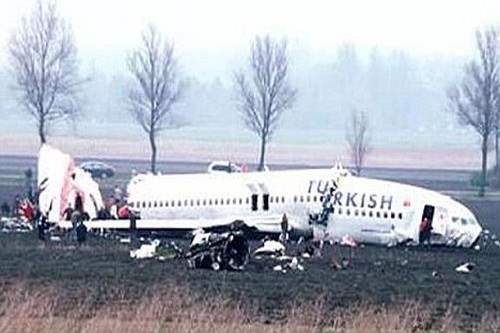 Aviation industry is one of the biggest industries in the globe. There’s no doubt that aviation is the fastest and most convenient travel system that is present there. But over the years, we have come across several incidents which has put a question on the safety provided by the aviation industry. Since 1923, which witnessed the first major aviation accident when on 21 December 1923, the Dixmude, a rigid airship of the French navy, was reportedly struck by lightning and crashed into the Mediterranean Sea, off Sicily, Italy, killing 52 people; the world has so far witnessed air crashes involving 540 aircrafts across all seven continents and three oceans resulting in the total loss of 53,500 lives. Let’s take a look back at 10 of the deadliest aviation accidents of all time which resulted in the loss of most lives.

10 Deadliest Aviation Accidents of All Time 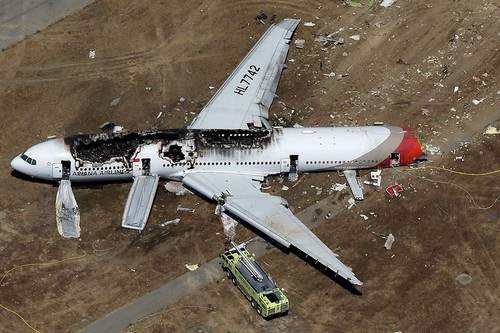 The 10th of deadliest aviation accidents took place on 11th July, 1991 when chartered passenger Nigeria Airways Flight 2120, crashed on its way from Jeddah, Saudi Arabia, to Sokoto, Nigeria, shortly after take-off from King Abdulaziz International Airport. It killed all 261 people on board (247 passengers, 14 crew members). The reason for the crash was later discovered as under inflated tire which overheated, leading to a fire. When the aircraft was at an altitude of 671 metres (2201 ft), a number of bodies were seen falling from it. 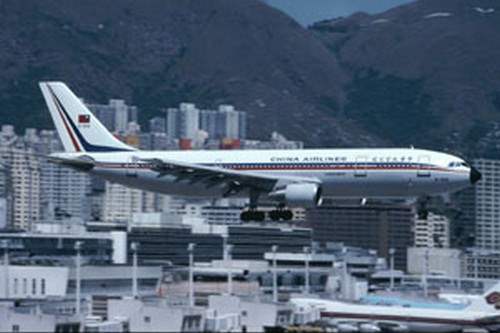 On 26th April, 1994, passenger flight China Airlines Flight 140 crashed due to a stall caused by pilot error. It killed 264 people out of 256 people on board, including both passengers and crews. Although, by 27th April, there were 10 people alive, but by 6th May, there were only 7 people who survived the injuries, including 3 children. 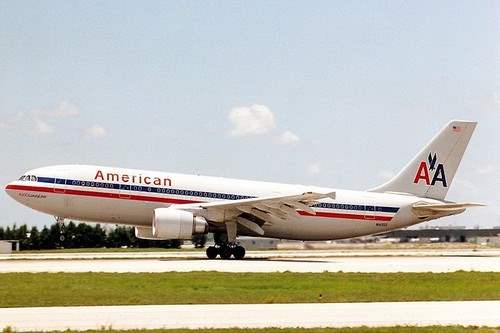 The 8th of deadliest aviation accidents involved passenger flight American Airlines Flight 587 which crashed on November 12, 2001, shortly after take-off on its way from  John F. Kennedy International Airport in New York City to Santo Domingo’s Las Américas International Airport in the Dominican Republic. It resulted in the death of 265 people, including 5 people on the ground. All the 251 passengers and 9 crew members were killed. The reason for the crash was later reported as tail structure failure due to co-pilot error while encountering wake turbulence. Due to the similar location and time of the crash to that of 9.11 attack, many people thought it as a terrorist attack, but later this was ruled out as a rumour. 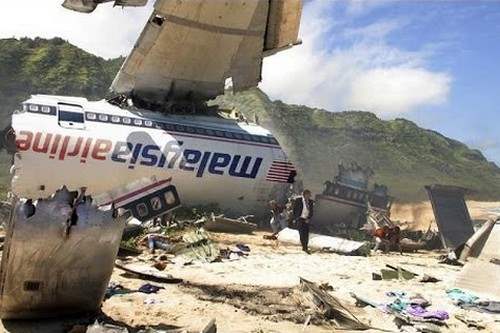 Passenger flight Malaysia Airlines Flight 17 crashed on its way from Amsterdam to Kuala Lumpur on 17th July, 2014 after being shot down. All the 283 passengers and 15 crew members were killed, putting the death toll to 298. According to American and German intelligence sources, the plane was shot down by pro-Russian insurgents using a Buk surface-to-air missile fired from the territory which they controlled. It drew widespread media coverage and was touted as one of the heinous terrorist aviation act. 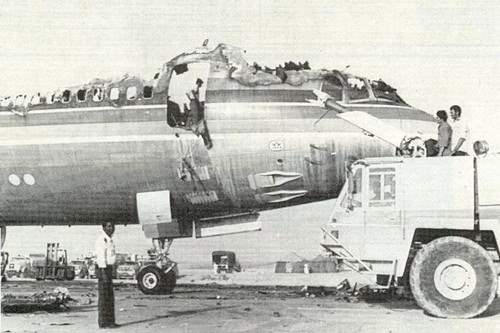 The sixth amongst deadliest aviation accidents occurred on 19th August, 1980 when passenger flight Saudia Flight 163 caught fire after take-off from Riyadh International Airport (now the Riyadh Air Base) on a flight to Jeddah, Saudi Arabia. All 301 people on board including 287 passengers and 14 crew members perished in the accident. Till date, it is the deadliest aviation disaster that did not involve a crash on impact or mid-flight break up.

Related Lists:
10 Most Expensive Accidents in History.
10 Biggest Maritime Disasters of Peacetime.
10 Most Dangerous Airport Landings in The World.
10 Dreadful Circus Accidents From The Past.
10 Most Shocking Animal Attacks on Human. 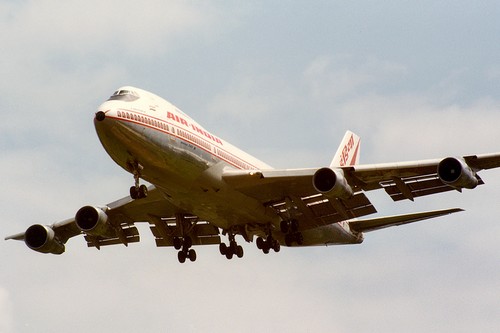 On 23td June, 1985, Air India Flight 182 operating on the Montreal, Canada–London, UK –Delhi, India route was destroyed mid-air by a bomb at an altitude of 31,000 feet (9,400 m) and ultimately crashed into Atlantic Ocean  while in Irish airspace. There were no survivors from this fatal crash and it took the lives of all 329 people on board including 307 passengers and 22 crews. It occurred at the same time of the Narita Airport bombing, leading to people believe both of them were linked and which were later proved to be true. It is the largest mass murder of Canada till date. It is to have been a retaliation against India for the operation carried out by the Indian Army Operation Blue Star.

Turkish Airlines Flight 981 crashed outside Paris, France, on 3 March 1974, killing all 346 people on board, including 335 passengers and 11 crews. Also known as the Ermenonville air disaster, from the forest where the aircraft crashed, it is till date the deadliest single-plane crash with no survivors. The reason of the disaster was cargo door failure – An improperly secured cargo door at the rear of the plane broke off, causing an explosive decompression which severed cables necessary to control the aircraft. 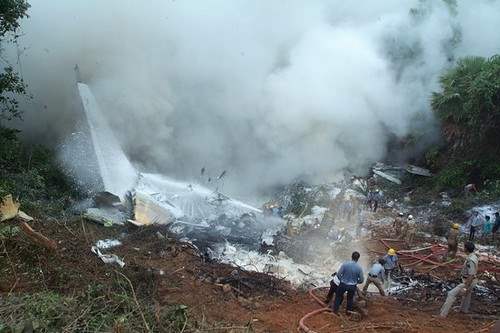 Known as the Charkhi Dadri mid-air collision, this is the 3rd amongst deadliest aviation accidents of all time. It involved mid-air collision of Saudi Arabian Flight 763 and Kazakhstan Airlines Flight 1907 killing all 349 people on board both planes, making it the world’s deadliest mid-air collision. The former was en route from Delhi to Dhahran, Saudi Arabia (289 passengers, 23 crews; total 312), and the later was en route from Chimkent, Kazakhstan, to Delhi (27 passengers, 10 crews; total 37). The collision was caused due to pilot error on the Kazakhstan Airlines aircraft. 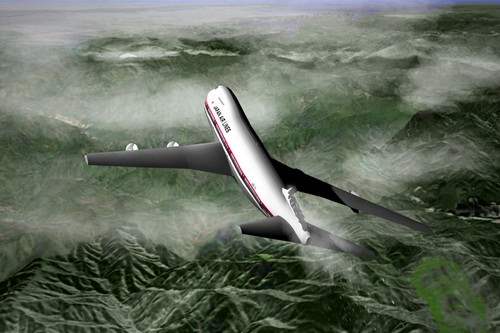 The second amongst deadliest aviation accidents of all time took place on 12th August, 1985, when passenger flight Japan Airlines Flight 123 crashed due to mechanical failure 12 minutes into the flight  into two ridges of Mount Takamagahara in Ueno, Gunma Prefecture, 100 kilometres (62 miles) from Tokyo. It is the deadliest single-aircraft accident in history which took the lives of 520 people including 15 crews and 505 passengers. Only 4 people, all of them women passengers survived the accident including a 26 year old woman, a 34 year old woman and her 8 year old daughter and another 12 year old girl. 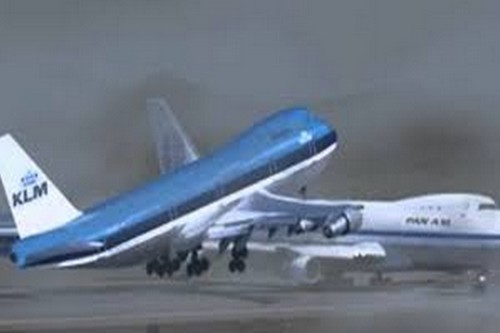 This deadliest aviation accident occurred on 27th march, 1977, when two Boeing 747s were involved in a runway collision at the Los Rodeos Airport(now Tenerife North Airport). The reasons for the accident were reported as pilot error, runway incursion, heavy fog, limitations and failures in communication. The first aircraft was Pan Am Boeing 747-121 (380 passengers, 16 crews, total 396) and the second aircraft was PH-BUF, the KLM Boeing 747-206B (234 passengers, 14 crews; total 248). A total of 583 out of the 644 people were killed in the accident. Only 6 people survived, all of whom belonged to the first flight.