We generally have an idea of celebrities and other famous rich people living perfect lives. But just like any other human being their lives too are shrouded with all kinds of grieves. Today we are going to present a list of 10 famous people whose parents were murdered. You may also like to know ‘celebs who killed their spouses‘. 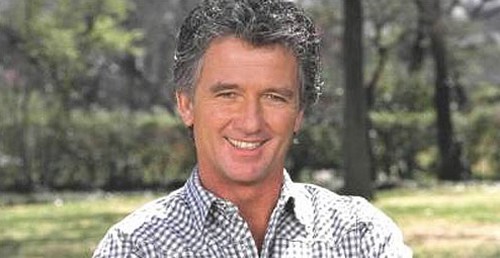 Patrick Duffy is an American actor largely known for playing the character Bobby Ewing the CBS primetime soap opera Dallas from 1978 to 1985 and returned to reprise his role as Bobby again from 1986 to 1991. He is also well-known for his role as Stephen Logan in The Bold and the Beautiful and as Frank Lambert in Step by Step. Duffy grew up in a tavern and his parent owned a bar. In the year 1986 two teenagers named Kenneth Miller and Sean Wentz came into their bar armed with a gun. Their intention was to rob the bar and in the process, they ended up killed both of Duffy’s parents. 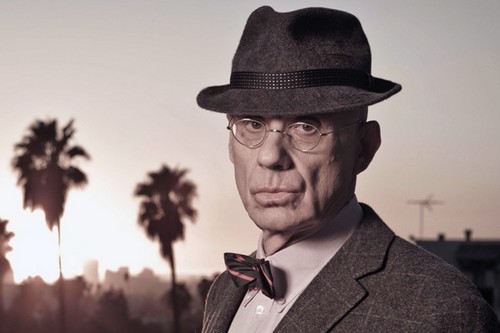 Lee Earle James Ellroy is a famous American crime fiction writer. He is noted for writing short, staccato sentences – a telegrammatic prose style. Ellroy’s crime fictions have a relentlessly pessimistic worldview that earned him the name “Demon dog of American crime fiction.” When he was eight years old his mother was raped and murdered, a trauma that made him suffer depression for years. After the incident, his father once gifted him a book called The Badge by Jack Webb that consisted of some of the most sensational cases. The two incidents are regarded as the most significant event during his youth years. 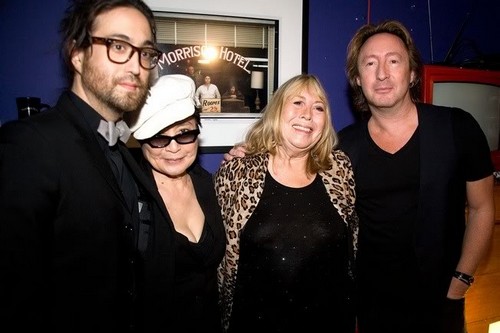 Julian and Sean Lennon are kids of the sensational Beatles singer John Lennon. He co-founded the band the Beatles with Paul McCartney, which today is the most commercially successful band in the history of popular music. At 40, John Lennon was shot by one of his crazy fan because Lennon had once said, “We’re more popular than Jesus Christ now.”  In 1980 the killer Mark David Chapman under the effect of heroin and LSD shoot Lennon four times in the back. 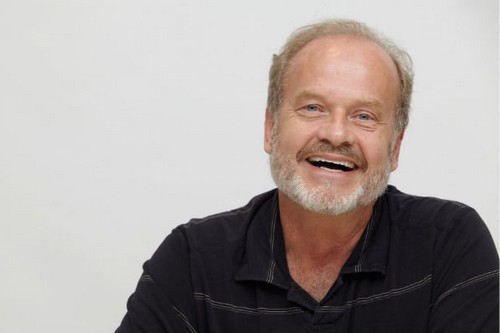 Allen Kelsey Grammer is an American actor, director, writer, comedian, producer, voice actor, singer, and activists. He is best known for playing a character named Dr. Frasier Crane in NBC sitcoms Cheers and Frasier. For his portray, Grammer won five Primetime Emmy Awards and three Golden Globe Awards. When Grammer was 13, his father was shot dead by a clinically insane person. Seven years later, his 18-year-old sister was kidnapped, gang-raped and murdered. The people involved were arrested and in 2009 were denied parole. 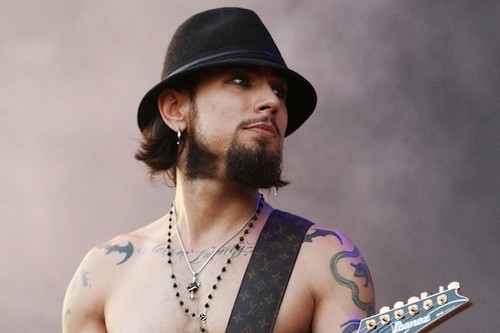 David Michael Dave Navarro is an American singer, song writer, actor and guitarist. He is the founding member of the alternative rock band Jane’s Addiction. The band together released three critically acclaimed albums, Jane’s Addiction (1987), Nothing’s Shocking (1988) and Ritual de lo Habitual (1990) after which the individual members split up. In 1983 Navarro’s mother was shot dead by her boyfriend. Eight years later in 1991, the boyfriend was arrested. Navarro later revealed that on the fatal night, he was supposed to go over to his mother but in a last minute change, he decided to be with his father. 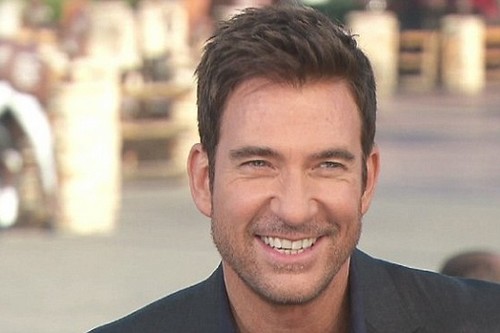 Dylan McDermott  is an American actor. He is best known for his portray of Bobby Donnell on the legal drama series called The Practice. It earned him a Golden Globe and a nomination for the Primetime Emmy Award. He is also noted for his roles in the first two seasons of American Horror Story. In 1967 McDermott’s mother died while cleaning a gun by accidentally shooting herself. Later it was believed that her boyfriend who was a known gangster had hatched a well constructed plan and murdered her. But before he could be held accountable he was found dead in the trunk of a car in 1972. 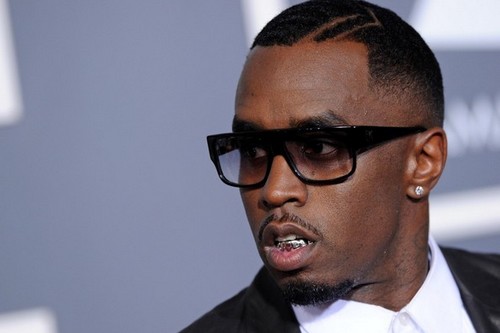 Sean John Combs is an American rapper, known by his stage names Puff Daddy among others. Before releasing his debut album, Combs worked as a talent director and profited from the success of the artists he signed. His debut album No Way Out was certified seven times platinum. Comb’s father, Melvin Combs, was an associate of convicted New York drug dealer Frank Lucas which is probably why he was shot to death at the age of 33 while he was sitting in his car. Combs was a child then. 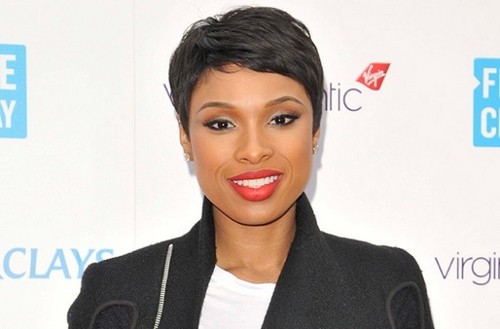 Jennifer Kate Hudson is an American singer and actress who rose to fame after becoming a finalist on the third season of American Idol in 2004. After her debut in the film industry with Dreamgirls (2006), she won widespread acclaim and several awards like BAFTA Award, the Academy Award for Best Supporting Actress, a Screen Actors Guild Award, a Golden Globe Award etc. In 2008, Hudson’s mother, brother and nephew were shot dead by her brother-in-law who was later arrested and sentenced to  three life sentences without the possibility of parole, followed by an additional 120 years for other charges. 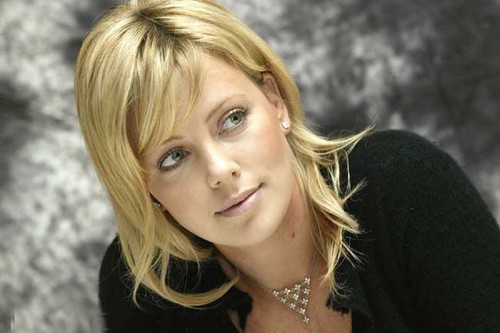 Charlize Theron  is an American actress who has starred in some of the most blockbuster films of all time like  Mighty Joe Young (1998), The Italian Job (2003), Hancock (2008), Prometheus (2012) Mad Max: Fury Road (2015) etc. Throughout her career she has won numerous awards and accolades like Academy Award, Golden Globe Award, Silver Bear, Screen Actors Guild Award etc. Theron grew up in Benoni, near Johannesburg where she lived with her mother and her alcoholic father. One day, in a drunken fit, her father was physically abusing Theron and her mother. Her mother shot her father dead. Since the shooting was in self-defence and her mother faced no charges. 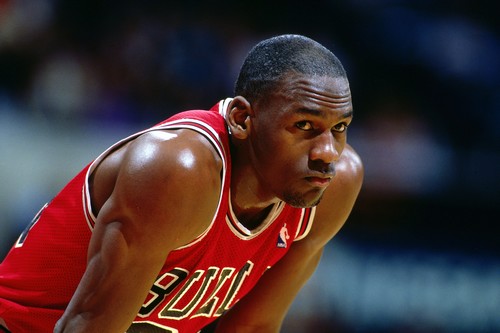 Michael Jeffrey Jordan is a retired American professional basketball player who is usually known by his initials MJ. In the 80s and 90s, MJ was instrumental in popularizing the NBA around the world. An extremely successful basketball player, MJ is noted for being one of the most effectively marketed athletes of his generation. After attending a funeral, Jordan’s father pulled into a stop to take a nap. Days later the car along with MJ’s father was found in a swap. Jordan’s father was murdered during car theft.