Apart from the Taj Mahal, Bollywood, Yoga and spirituality, another thing which puts India prominently on the World Map is its delectable food. In this land of assortment and diversity, the food very often describes the culture, beliefs and weather conditions of the place and people. Food is not merely a survival factor but a symbolism of love, art and passion in India.

While food aficionados might be quite familiar with Chicken Tikka, Biryani, Tandori Naan, Bread and Kulfi from India, there is a host of other mouth watering dishes fairly lesser known to the world.

We bring to you the Top 10 not so famous must try cuisines of India: 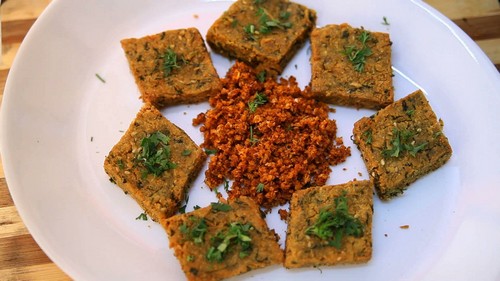 Kothimbir Vadi is basically coriander fritters. A traditional gram flour based Maharastrian snack food, Kothimbir is prepared by adding spices to the flour which are steamed cut into diamond shapes and then fried. It is a light sumptuous dish served with hot green or dry garlic chutney. It can be eaten as a starter or snack and can be stored and eaten for upto 2 days. 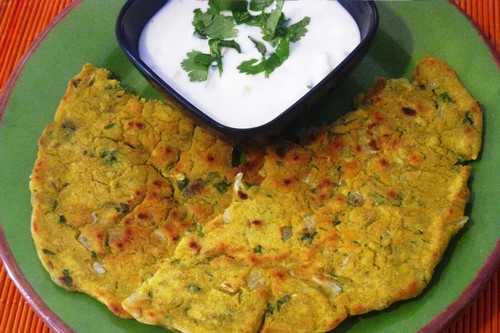 Another Maharastrian food making to this list is Thalipeet which is packed with flavors and nutrition. It is essentially a pancake made from various kinds of flours or bhajni. Bhajni is made from grounded wheat, sorghum, millet, rice, corn and spices. The Thalipeet dough is also prepared from wheat, rice flour, roasted tapioca, gram flour, black lentils, coriander, cumin seeds and chilies. It is served with Butter or ghee and thick curd. It is popular as a breakfast dish. 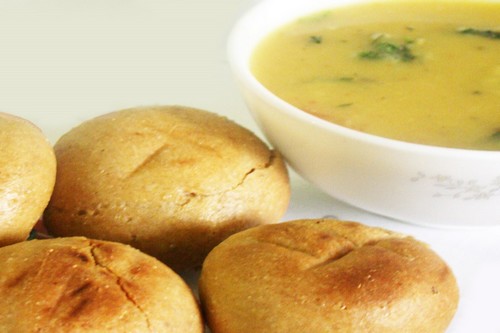 Dal baafle comes from the royal lands of Rajasthan. It is a popular dish in Madhya Pradesh too. It is slightly different from dal-baati in its way of cooking. It comprises of dal -yellow lentils boiled and garnished with ghee, greenchilles, cumin seeds served along with baati which is essentially flour balls boiled and then cooked in a traditional oven. It is served by dipping the pieces of baati in ghee and then in the dal. It is a very rich and popular delicacy and is often served during festivals and weddings. 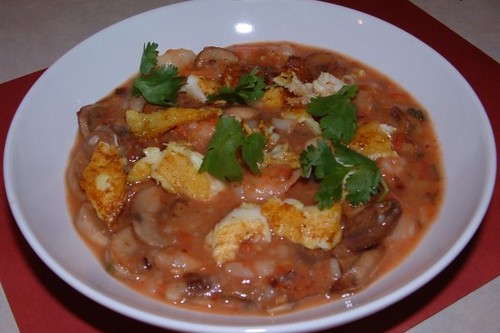 From the north eastern state of India, Manipur, comes Iromba which is an assortment of fermented fishes often eaten with rice. It is full of local herbs and spices and also vegetables like mushrooms and potatoes. It has a pungent smell which can be attributed to the shrimps and fishes. It is a healthy dish which can be eaten pretty much at any time of the day. 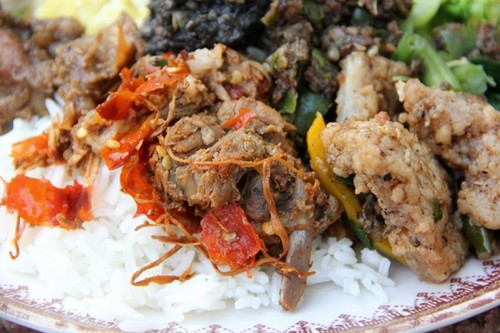 Another finger licking spicy dish from the North East state, Nagaland is Naga Pork. Prepared in a hot chilly tomato and garlic sauce, it consists of huge chunks of fatty pork meat. The pork is coated with spices and cooked for about 30 minutes after which the spices and bamboo shoots are added for seasoning. It is one of the must try cuisines of India for spicy pork lovers. 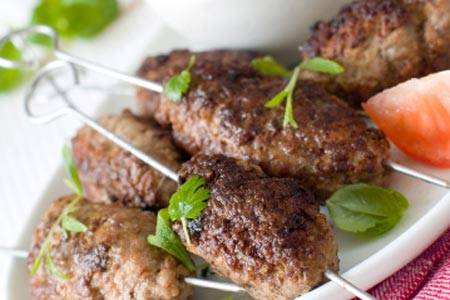 From the northern part of India comes the tender mouth watering dish, galawati kebab. If legends are to be believed, they were first prepared for the aging Nawab of Awadh who had difficulties in chewing. It is made from minced meat mixed with spices and then fried in a heartfelt amount of oil. The succulent and moist kebab are a treat for meat and beef eaters and are served with layered parathas or butter coated breads. 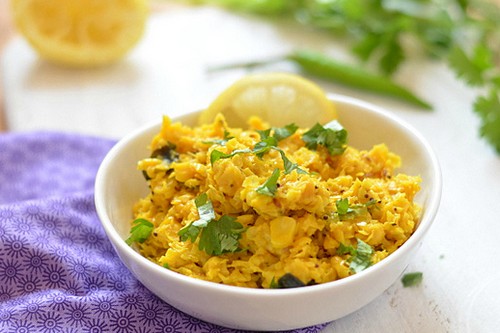 It is a famous street food from Indore, Madhya Pradesh, the central part of the country. It is a grated corn dish cooked in spices and milk till it takes a dry form. It has a sweet and salty taste; sweetness of the corn and saltiness of the spices. Served with coriander leaves, it forms one of the staple evening foods of this region. 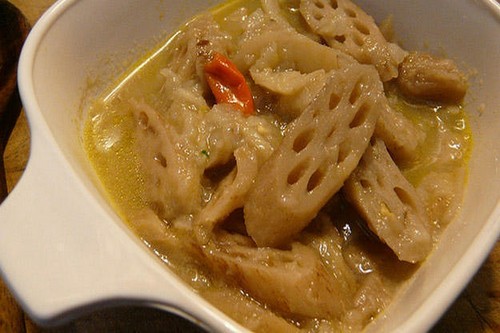 From the crown of India, Kashmir comes the nutritious Nadru Yakhni. It is a curry dish made from lotus stems and yogurt infused with spices. The lotus stem is boiled and cooked in butter with ginger powder, onion paste, fennel seeds, cardamom and cloves. It is eaten with rice and is a healthy option to choose from the otherwise rich Kashmiri cuisine. 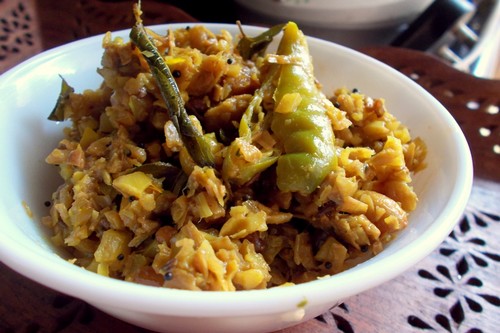 Panasa Puttu curry is a jackfruit based dish from the Southern part of India, Andhra Pradesh. Andhra Pradesh is known for its hot and spicy cuisines.

For this curry, the jackfruit is marinated with salt, turmeric and oil and boiled thereafter. It is then coated and cooked in spices including turmeric, chilly, asafoetida, sambhar powder, mustard seeds, tomatoes and tamarind. It is served with hot rice. 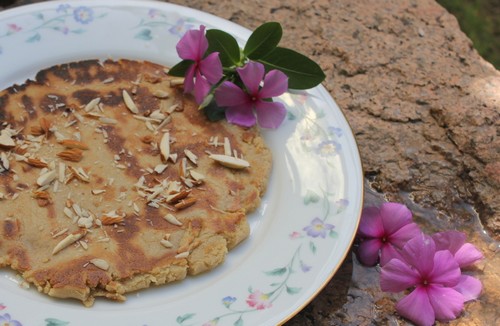 Mitho Lolo is a simple yet delectable Sindhi sweet dish. It is made in honor of Goddess Sitala during a festival known as Thadri and is eaten the next day. Cooked with ingredients like jaggery, flour and fennel seeds, it is cooked on slow flame for around an hour. It is light and can be eaten at anytime of the day. It is usually served with dollops of home made butter.

This brings us to and end of some of the few lesser known dishes, must try cuisines of India from throughout the country.

We’ve covered all the possible regions, from the north east to the west and from the top north to the southern lands, in a country like India, the language and food change every few miles. There are many unexplored and untapped dishes in this country some of which have secret recipes which have passed from generations to generations by word. Every region has a specialty and every cuisine has its taste. From spicy to tangy, sweet to salty, sour to bitter, India has a dish for every taste bud and every meal. If you have some more dishes to add to the list, then do mention in the comment section.

10 Not So Famous Must Try Cuisines of India