An earthquake is the result of a sudden release of energy in the Earth’s crust that creates seismic waves. The seismicity, seismism or seismic activity of an area refers to the frequency, type and size of earthquakes experienced over a period of time.

Listed below are top 10 of the strongest earthquakes in history: 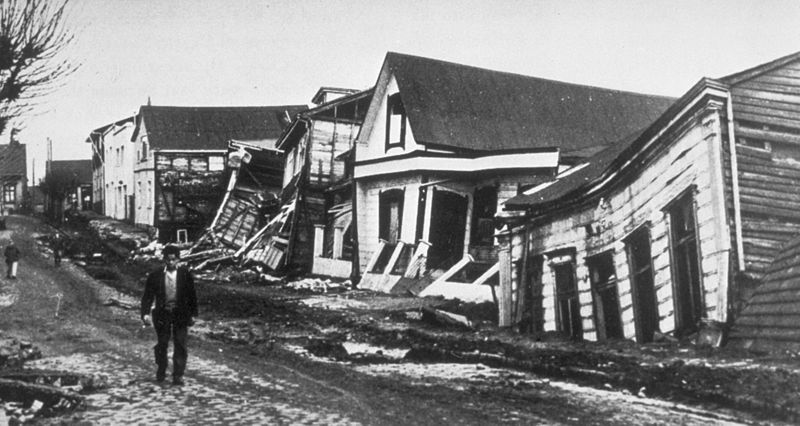 The 1960 Valdivia earthquake or Great Chilean Earthquake of Sunday, 22 May 1960 is to date the most powerful earthquake ever recorded in Earth’s history, rating 9.5 on the moment magnitude scale. It occurred in the afternoon and its resulting tsunami affected southern Chile, Hawaii, Japan, the Philippines, eastern New Zealand, southeast Australia, and the Aleutian Islands in Alaska. 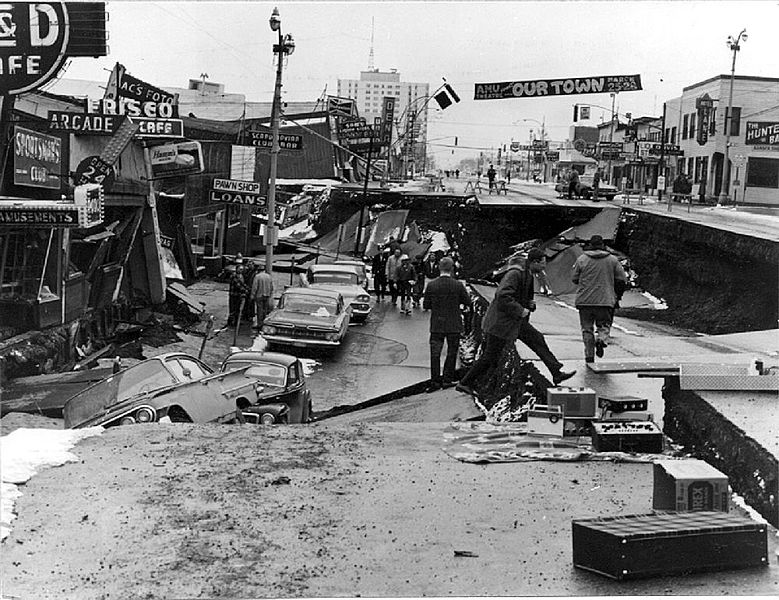 The 1964 Alaskan earthquake was a megathrust earthquake that began at 5:36 P.M. AST on Good Friday, March 27, 1964. Across south-central Alaska, ground fissures, collapsing structures, and tsunamis resulting from the earthquake caused about 143 deaths. It was the most powerful recorded earthquake in U.S. and North American history, and the second most powerful ever measured by seismograph. It had a magnitude of 9.2, at the time making it the second largest earthquake in recorded history.

The shaking lasted about 4 minutes. Landslides in Anchorage caused heavy damage. Huge slides occurred in the downtown business section and water mains and gas, sewer, telephone and electrical systems were disrupted throughout the area. 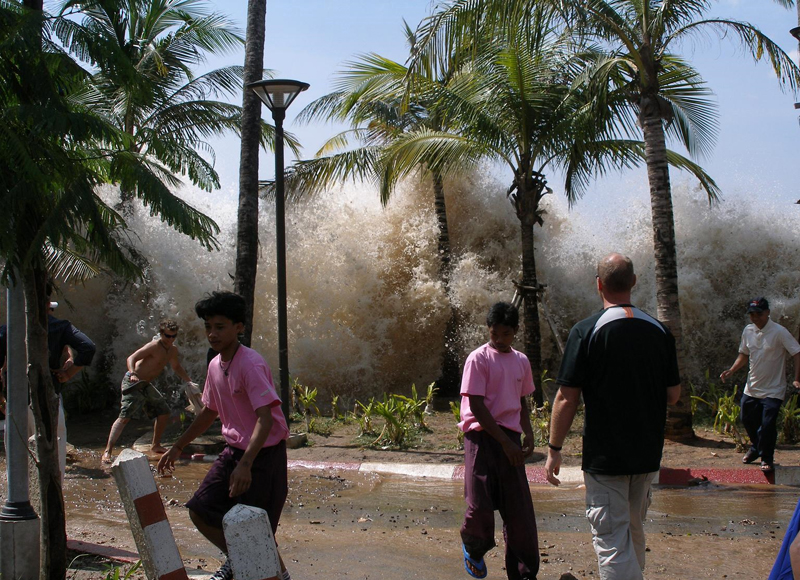 The 2004 Indian Ocean earthquake was an undersea megathrust earthquake that occurred at 00:58:53 UTC on Sunday, 26 December 2004, with an epicentre off the west coast of Sumatra, Indonesia.

The earthquake was caused by subduction and triggered a series of devastating tsunamis along the coasts of most landmasses bordering the Indian Ocean, killing over 230,000 people in fourteen countries, and inundating coastal communities with waves up to 30 meters (98 ft) high. It was one of the deadliest natural disasters in recorded history. Indonesia was the hardest-hit country, followed by Sri Lanka, India, and Thailand.

The tsunami caused more casualties than any other in recorded history, although some estimates say the death toll from the 2010 Haiti earthquake was larger. The tsunami was recorded nearly world-wide on tide gauges in the Indian, Pacific and Atlantic Oceans. 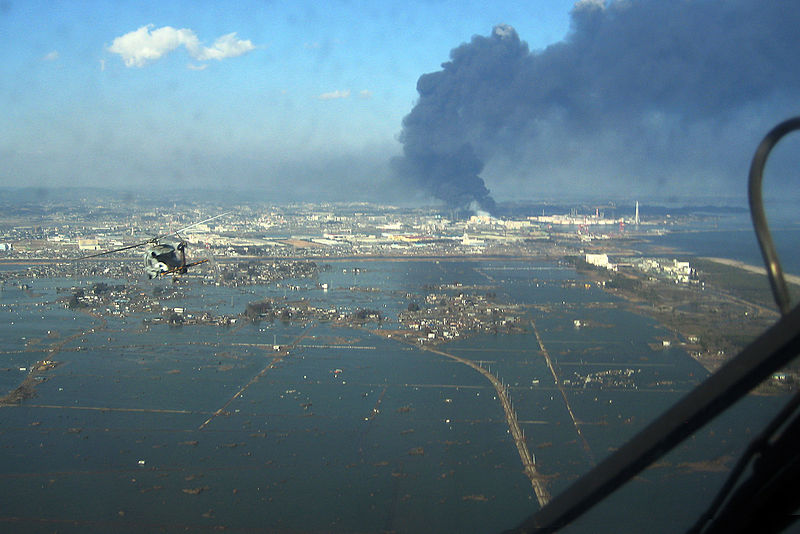 Great East Japan Earthquake was a magnitude 9.03 (Mw) undersea megathrust earthquake off the coast of Japan that occurred at 14:46 JST (05:46 UTC) on Friday, 11 March 2011,with the epicenter approximately 70 kilometres (43 mi) east of the Oshika Peninsula of Tohoku and the hypocenter at an underwater depth of approximately 32 km (20 mi). It was the most powerful known earthquake ever to have hit Japan, and one of the five most powerful earthquakes in the world since modern record. This quake killed an estimated 15,870 people and damaged some nuclear reactors. This earthquake is the largest ever recorded in Japan.

The world’s first recorded magnitude 9.0 earthquake struck off the east coast of Kamchatka in 1952. The quake generated a 43-foot tsunami (13 m) locally. The main earthquake struck at 16:58 GMT on November 4, 1952. Initially assigned a magnitude of 8.2, the quake was revised to 9.0 Mw and a period of about 17 minutes, in later years. A large tsunami resulted, causing destruction and loss of life around the Kamchatka peninsula and the Kuril Islands. Hawaii was also struck, with estimated damages of up to US$1 million and livestock losses, but no human casualties were recorded. 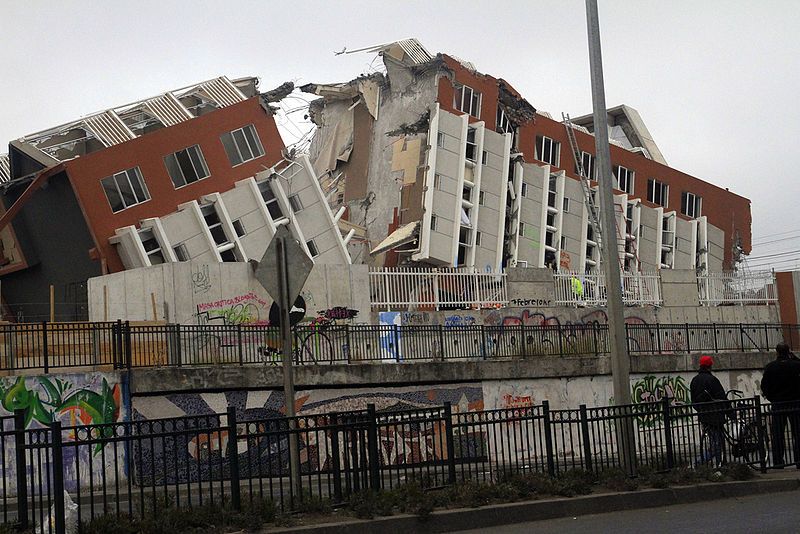 The 2010 Chile earthquake occurred off the coast of central Chile on Saturday, 27 February 2010, at 03:34 local time (06:34 UTC), having a magnitude of 8.8, with intense shaking lasting for about three minutes. It ranks as the sixth largest earthquake ever to be recorded by a seismograph. It was felt strongly in six Chilean regions.

The earthquake triggered a tsunami which devastated several coastal towns in south-central Chile and damaged the port at Talcahuano.It causes Casualties, 525 killed, 25 missing. 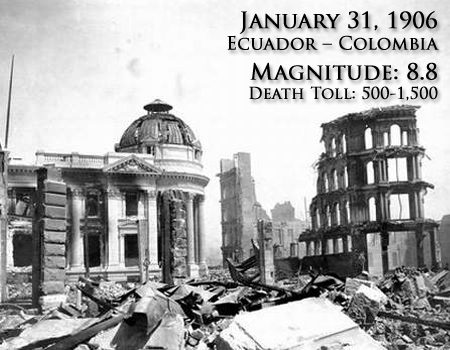 The 1906 Ecuador-Colombia earthquake occurred at 15:36 UTC on January 31, off the coast of Ecuador, near Esmeraldas. The earthquake had a magnitude of 8.8 and triggered a destructive tsunami that caused at least 500 casualties on the coast of Colombia.

A catastrophic magnitude 8.8 earthquake ruptured off the coast of Ecuador and Colombia and generated a strong tsunami that killed 500 to 1,500 people. The tsunami spread along the coast of Central America, and even stretched to San Francisco and Japan.

The coastal parts of Ecuador and Colombia have a history of great megathrust earthquakes originating from this plate boundary. 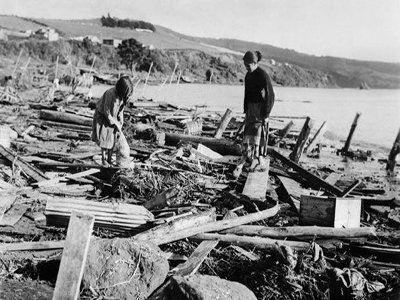 Alaska had been a state for only 7 years when this huge earthquake triggered a tsunami of over 30 feet (10 meters). Despite its size, the quake caused little damage due to its remote location at the tip of the Aleutian Islands.

The 1965 Rat Islands earthquake occurred at 05:01 UTC, on 4 February. It had a magnitude of 8.7 and triggered a tsunami of over 10 m on Shemya Island, but caused very little damage.

Flooding from the tsunami caused $10,000 worth of damage on Amchitka Island. Minor damage from the earthquake was recorded on both Attu and Shemya islands in the form of cracks in runways. 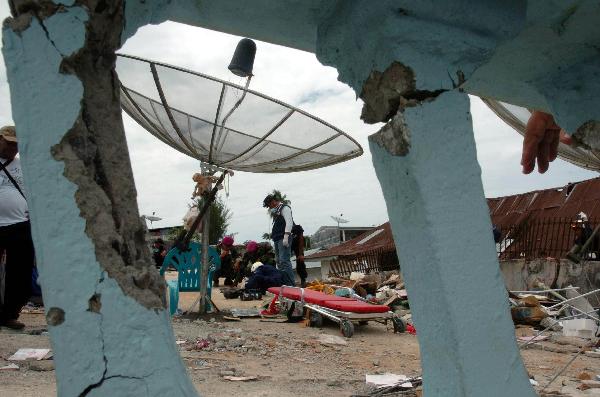 Sumatra earthquake was a major earthquake on 28 March 2005, located off the west coast of northern Sumatra, Indonesia. Approximately 1300 people were killed by the earthquake, mostly on the island of Nias.

The earthquake occurred at 16:09:36 UTC, on 28 March 2005. The earthquake lasted for about two minutes in total. The quake ruptured below the surface of the Indian Ocean, where the Indo-Australian Plate is pushing under the Eurasian plate at the Sunda trench, similar to the 2004 quake. 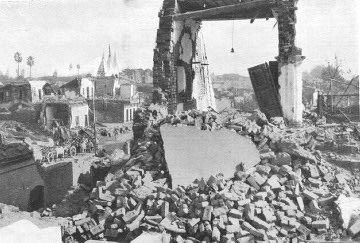 In 1950, a massive 8.6 magnitude earthquake hit the Assam – Tibet region, killing at least 780 people, injuring thousands, and destroying many buildings. Cracks developed in the ground and large landslides occurred, and a village slid into a river and was washed away. Severe damage was also experienced in Assam, India and the vicinity.

The quake struck at the intersection of the most vigorous collision of continental plates on the planet, where the Indian continental plate smashes into the Eurasian plate and dives beneath it. The slow-motion crash helped create the massive Himalayas.