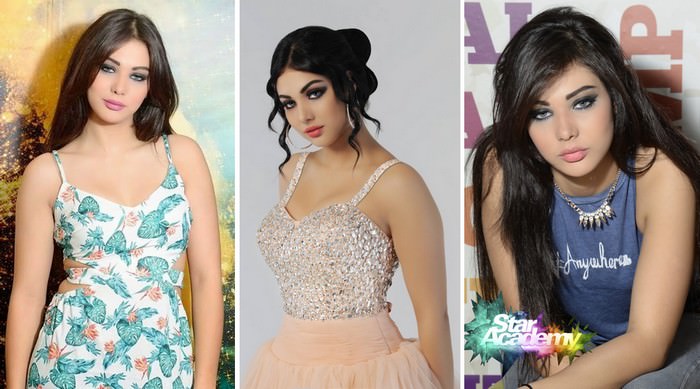 Who are TOP 10 most beautiful women of Morocco? You surely do know that Morocco has some of the most inviting beaches, delectable dishes, spices, and ancient Islamic architecture. However, Morocco’s reasons for fame do not end here as it also has some of the most attractive women in the world. This African nation is home to educated, charming, and sexy women. Not only are they known for their beauty but also for their integrity and great character.

Hind Benyahia is a talented television host and a supermodel. She is very intelligent, beautiful, and charming. She has the greatest respect for her mother and nanny and believes them to be the reason behind her success in no matter what she does. Her mother designed homemade costumes and from an early age, she would make Hind a model for her collection. Hind has always got the fullest support of her mother when she wanted to join the modeling industry and today she extends her support to the modeling industry in Morocco so that others can get a chance like her.

Ibtissam Ittouchane is a Moroccan actress, songwriter, and signer. She was born in 1992 in Fez, Morocco. She sings and writes all kinds of genres including Moroccan music, Arab Tarab, Arab music, Arab pop, Moroccan pop, and Middle Eastern music. And, she started being recognized from Arab Idol’s second season. At just 26 years of age, she has won the hearts of people with her great passion, talent, and of course her beauty.

Lamiaa Alaoui is a prominent name in the modeling industry and is known for her looks, great work, and audacity. She is a local fashion model of Morocco and is loved by her fans and followers. Because of her passion for work, she has played different roles in the fashion industry. She has also participated in many international events where she is known to gather all attention whenever she walks down the ramp.

Ihssane Atif is a fashion diva, a model, and actor. She has studied medicine and this makes her a perfect combination of beauty and intellect. Ihssane started her modeling career from a very young age and has gained more and more fame since. She also has a very strong character and keeps on inspiring her young followers to pursue their dreams but give importance to their education at the same time. Though she loves modeling she also practices as a doctor and enjoys it thoroughly.

Fadoua Lahlou is a famous Moroccan fashion model. This beauty has mastered Moroccan craftsmanship which makes her an exception, gives her an edge over others, and also makes her one of the models that most professionals want to work with. She has a beautiful face, a perfect curvy body, and immensely attractive eyes. She is popular not only in Morocco but in many other countries, and her talent and her hard work are the reasons behind this great recognition. See also; World’s ten most beautiful women of 2020.

Widyan Larouz is one of the hottest and most beautiful women of Morocco. She is a fashion model and actress and her photos have appeared in many international and local magazines. Widyan is a good example of beauty with brains. She is also very active in many social media platforms where you can see her sharing photos which show how perfect she is, a great body and an attractive face. Not only is she loved because of her good looks and perfect body, her acting skills are equally appreciated.

El Bekri is one of the hottest women in Morocco, is widely adored, and very influential. As she has made her presence felt in different professions her fan base also keeps growing. She is a radio presenter and everyone is in love with her soft and attractive voice. Also, she has won the hearts of people as a TV presenter and a film actress. Furthermore, she is a model and her perfectly toned body and correct attitude has won her immense success.

Check here the list of ‘Most Beautiful Middle-Eastern Women – Top 10‘.

Leila Hadaoui, from Casablanca, is a big name in the beauty industry of Morocco. You can see her on TV and it is through her beauty alone that she managed to garner enough attention. Together with this, her great presentation skills have only won her a bigger audience base and a great fan following. She is even an actress and a model and began attracting movie producers from a very young age. Her beautiful looks, intelligence, and elegance combine to make her one of the most gorgeous women of Morocco.

Amina Allam, from Casablanca, is a very popular face in the fashion industry. She is a model, designer, and fashion manager. Though she lives in Paris she represents her country and in such a beautiful way. She has participated in many international events and her intelligence and beauty easily help her climb the ladder of success.

See also; The list of top 10 countries known for the most beautiful women in the world.

Also from Casablanca, Zined Obeid is yet another very beautiful woman of Morocco. Right from the tender age of 13, she attracted many producers who wanted to sign her for commercials. All thanks to this early exposure she managed to join the film industry soon where she easily became a big name. She has been a part of films like ‘Hadi w touba’ and ‘The Swallows Always Return’. Zineb, despite being so successful, is yet known for being very humble and kind-hearted, which only adds to her beauty. In addition, she top the list of most beautiful women of Morocco.

Morocco indeed is home to some of the most beautiful women in the world. Their beauty coupled with their rich cultural standards makes them all the more attractive, and they set perfect examples for the youngsters of Morocco and the whole world.