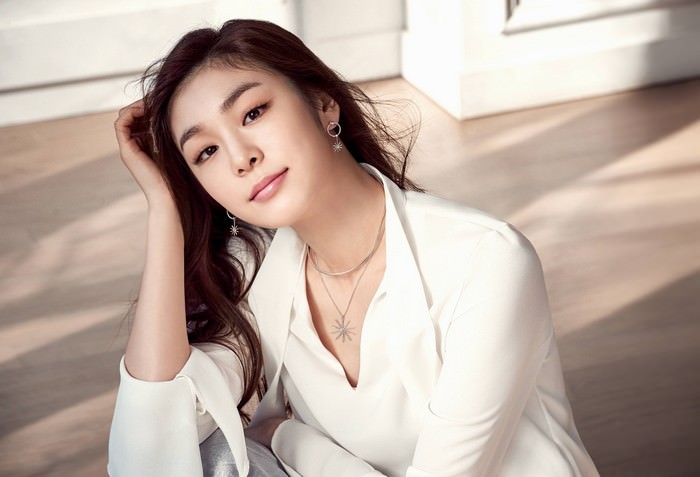 Referred to as Queen Yuna, one of the hottest women figure skaters. Yuna Kim is the first female skater to win the Olympic Games, the World Championships, the Four Continents Championships and the Grand Prix Final. She is one of the most highly recognized athletes, media figures as well as South Korea’s most beautiful woman.

Kim was the highest paid athlete in the XXI Olympic Winter Games, as well as top-earning sportswoman in the world. Also, she was amongst World’s Most Influential People in Time magazine list. Forbes magazine ranked her top in Korea Power Celebrity list. 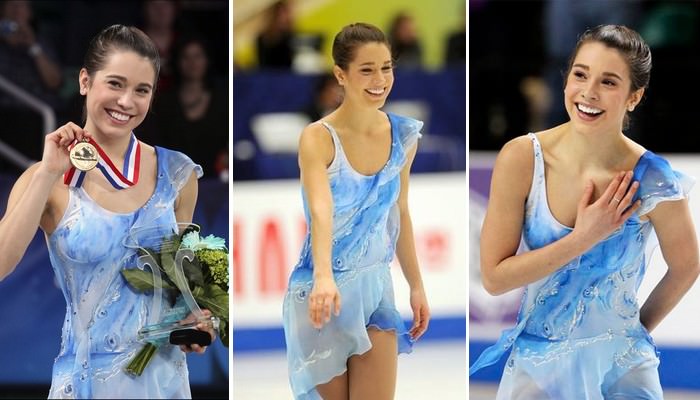 The U.S. figure skater Alexandra Pauline “Sasha” Cohen (born October 26, 1984). Also known for her difficult and creative spin positions – some already trademarked as the Sasha Spin – Alexandra Pauline Sasha Cohen is the proud owner of a silver medal from the 2006 Olympics. Since that, she has appeared on various television shows such as Las Vegas, Project Runway, and CSI: NY too. Also, in 2017 Appeared as her self in Sy Fy direct to tv movie, Sharknado 5.

The most beautiful Russian figure skater. Adelina Sotnikova is the first Russian to win the Olympic gold medal in ladies’ singles figure skating in Sochi 2014. A two-time European silver medalist (2013–2014), four-time Russian national champion and five-time medalist on the Grand Prix series. She is the 2014 Olympic champion. Also, she is the 2011 World Junior champion, 2010 JGP Final champion, and 2012 Youth Olympics silver medalist. 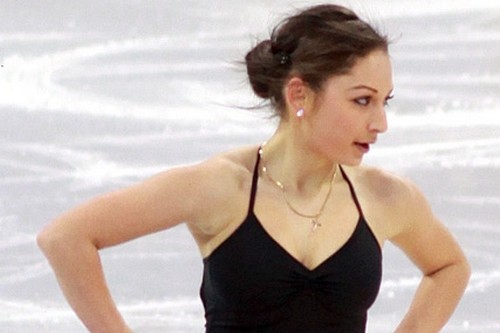 She has competed at three Winter Olympics: Turin 2006, Vancouver 2010 and Sochi 2014. A truly mentionable thing about this smoking hot talented girl is the fact that even she keeps her coolness not only on ice, but in the water as well: She enjoys the surf! And thank God we have no problem with that! She really breaks the stereotype of flat-chested figure skaters. 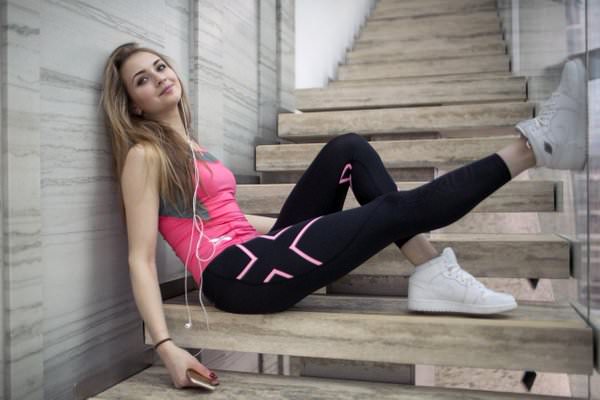 The young Russian figure skater serving in ice dancing with Ruslan Zhiganshin. Victoria Sinitsyna is the 2016 Russian national silver medalist. She is cute, attractive and one of the hottest women figure skaters in the world. She is the World Junior champion 2012. Also, winner of the Junior Grand Prix Final in 2012. Bronze medalist at the Rostelecom Cup in 2012, Winter Universiade in 2013 and the championship of Russia in 2014. In additio, she took the bronze medal at the 2017 Russian Championships. 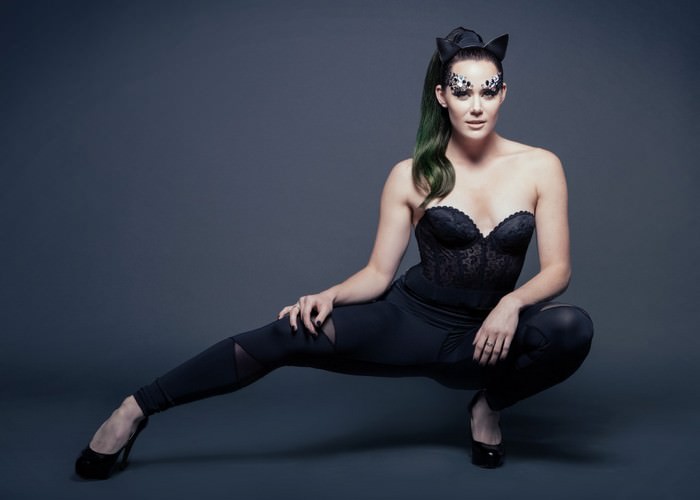 Tessa Virtue is a Canadian ice dancer who competes with Scott Moir. She teamed up with Moir in 1997. Together, they are Canada’s top ice dance couple. In addition, they are first former World Junior ice dance champions to win the Olympics. Also, the first ice dance team to win the Olympic gold on home ice. They are the youngest pair ever to win an Olympic title.

The 28 years old Tessa Virtue is one of the hottest women figure skaters. Catch her on Instagram @tessavirtue17. See also; Top 10 Most Beautiful Canadian Women. 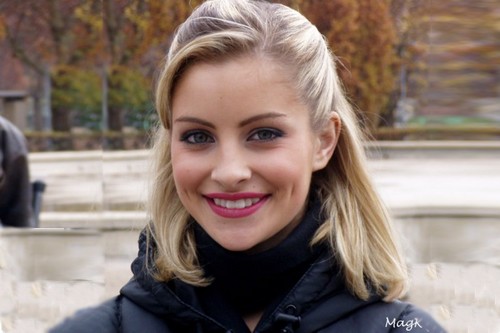 The 33 year old Canadian-American ice dancer is famous for her amazing ice dance skills and titles won along with her partner Benjamin Agosto. Belbin began skating when she was just three years old. She started professional ice dancing at about nine years. In addition, she competed both as a pair skater and ice dancer in Canada before deciding to concentrate completely on ice dancing.
Though born in Canada, she holds dual citizenship and has competed for the United States since she began skating in 1998. Through her career, Belbin is the 2006 Olympic silver medalist, four-time World medalist, three-time Four Continents champion, and five-time U.S. champion. In adition, she is an Olympic program host for NBC Sports. 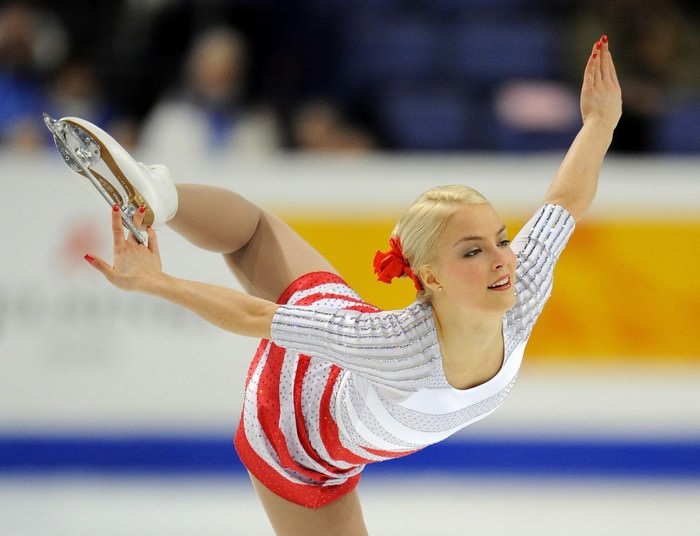 Finnish figure skater, Kiira Linda Katriina Korpi is one of the hottest athletes to compete at the Olympic Winter Games. Korpi is like a breath of fresh air in the world of sports. The 29 year old amazingly beautiful and talented figure skater retired from competitive skating in August 2015. She is a three-time European medalist (bronze in 2007 and 2011, silver in 2012), the 2010 Trophée Eric Bompard champion, the 2012 Rostelecom Cup champion, a two-time Cup of China medalist, and a five-time Finnish national champion (2009, 2011, 2012, 2013, 2015).

One of the hottest women figure skaters, Korpi has continued to perform in ice shows. She signed up to appear as an athlete ambassador and work for Finnish TV at the 2017 World Championships in Helsinki.