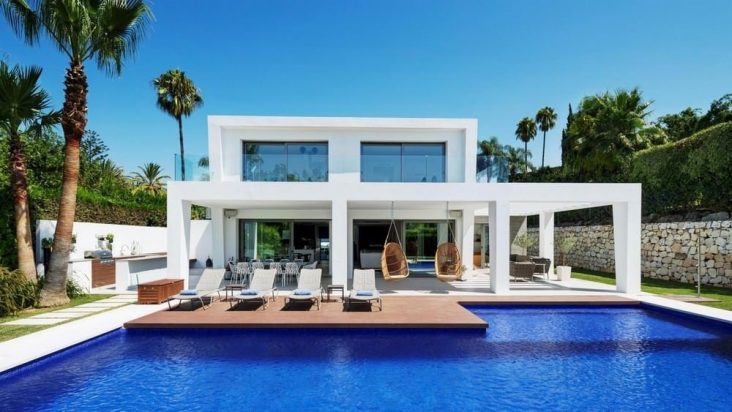 Below is the list of top ten most luxurious houses from around the world. See how mind-blowing are these most expensive homes which owned by world’s richest business tycoons and celebrities.

Situated near Bran in Romania, Dracula’s Castle is considered one of the most luxurious castles around the world. It is commonly known as the home of the character Dracula and it became a museum in the 1980s. It is a beautiful house that has 57 rooms and around 17 bedrooms with antique furniture.

This house is a Californian style residence situated in the village of Windlesham in Surrey, England. It is built on the 58 acres land. And, the house has a total 103 rooms with all the luxurious facilities. It has everything from swimming pool to bowling alleys. It was, in 2005, the most expensive private home on the market anywhere in the world.

The Manor, also known as Spelling Manor, is a chateau style mansion and is the biggest house in the city Los Angeles, California. It is a privately owned mansion and was constructed in the year 1991 keeping in mind the French Chateau Style. It is spread on the 4.6 hectares land and has 123 rooms.

It is situated in Belgravia in the Central London. It is also amongst the most expensive house in the world now. Also, it is constructed in the Victoria style and has 6 floors. There are many luxurious amenities in the house like swimming pool, gym, private theaters and much more.

One of the Ukrainian’s most luxurious home – Victorian Villa. It is the home of Elena Franchuk, the Ukrainian businesswoman and philanthropist. It is a five-storey house. It’s featuring a swimming pool, room theater, a panic room and a sauna plus gym. This is sixth in our list of world’s most expensive houses. It has been bought in London with a record $161 million price tag.

This house that is impressive in all aspects located on the Central Coast of California, United States. It was constructed by the US Newspaper icon William Randolph. Leonard Ross who was a lawyer in 1976 then bought it. This house is spread on the 6 hectares of land in the Beverly Hills. This beautiful house has 29 bedrooms, and was used in the filming of the popular movie “Godfather”.

The home of an American investor and businessman Ira Rennert, dubbed Fairfield. Rennert named his home after the adjoining body of water, Fairfield Pond. The house is situated in the Hamptons in the NY, Us and is spread on the 63 acres of land and it is largest residential house in the US. The house is famous for its separate bowling alley and a hot tub of worth $150,000.

3. The Penthouse in London

Whenever you talk London, you talk about high prices. It is the apartment that is 6000 pounds per square feet and it has shocked many real estate agents in London. The apartment is situated in Hyde Park and it is definitely the most expensive apartment in the world.

This 27 storey high residence Villa Lepolda is believed Europe’s most expensive home. This luxurious house take its name from King Leopold, who built it back in 1902 for his mistress Blanche Zélia Joséphine Delacroix. It is a 80,000 square feet estate that is situated on the French Riveria is divided on two guest houses on the 20 acres ground. The best part about this villa that it has a private beach front and it is the best beach front in the southern part of France. It consists of 14 bathrooms and 11 bedrooms and huge gardens and much more.

This house in Mumbai has broken the world record of being the most expensive home in the world. Antilia is a 27-storey mansion and is considered as the modern Taj Mahal. The net worth of the house is $1 billion. It belongs to the fifth richest man of the world named as Mukesh Ambani. It is a 40,000 square feet house and has every luxury in it.