Indigenous art culture has produced prestigious artworks for international art markets. These markets are complex representations of indigenous culture and existential social knowledge. According to researcher Harrington these artworks are essential to understand the sociology of art that “helps to understand the degree to which art shapes and reflects society.” There are impressive indigenous artists around the world who have become representatives of the exquisite art movement that has garnered international reputation. Here we bring you 10 most popular indigenous artists. 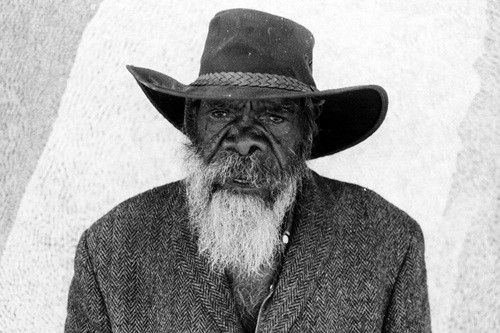 Mick Namarari Tjapaltjarri was born in the Western desert of Alice Springs in 1926 in a nomadic family. He moved to a camp near Putari springs after losing his family to a terrible tragedy. Mick later started to paint while he was part of the Papunya Council where he received much needed encouragement from an adviser Geoff Bardon to paint. He showed keen interest in painting and soon his subtle yet powerful paintings were staged at an early exhibition of Central Desert Paintings at Syd’s in Taylor Square, Australia.

The main stories like Kangaroo, Dingo, Water, Wild Bandicoot, ‘Moon Dreamings’ and many more were explored by Mick during his magnificent career. His artwork had a contemporary edge and intrinsic traditional value that set him apart from others. He had a wider influence that went beyond his community and he managed to strike an emotional chord through his paintings. Tjapaltjarri received several accolades like National Aboriginal Art Award for his pioneering work. Mick came at number 10 in the list of most popular indigenous artists. 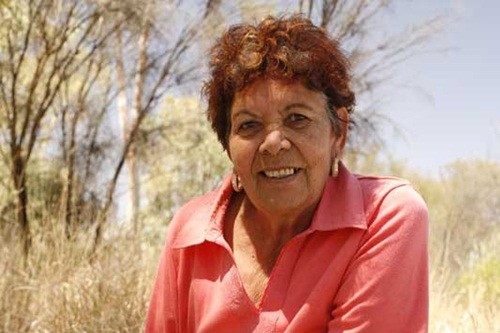 Barbara Weir one of the most famous native artist, was born in the Utopian region at Bundy River Station in 1945. She is considered as one of most well known and respected Aboriginal women artists. Barbara Weir has captured the attention of the audience around the world with her compelling abstract canvases that reflect great depth and subtle movements. She portrays an elusive story of her life through an exquisite expression.

Weir went through personal tragedy and tribulations at a young age that helped her to explore her artistic talents through her paintings. She has been considered as a prolific artist who is efficacious and skilled in indigenous dot work, linear designs and use of texture. The intricate details in her artwork reflect broad range of patterning and mediums used to experiment and push the boundaries. She was versatile in her approach and identified herself as a passionate member of indigenous Utopian community which is also reflected in her artwork. 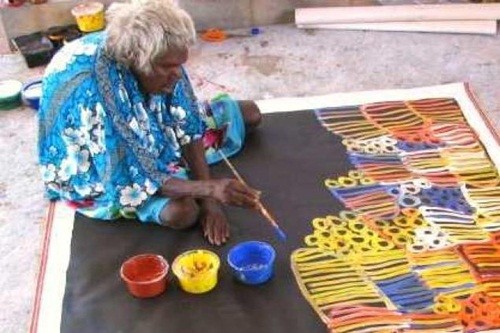 Minnie Pwerle was born in Alyawarr land in Alice Springs. The artwork of Minnie reflected Awely community ceremonies and cultural nuances that captured the attention of art lovers around the world. The bold use of free flowing lines and colors were evident in her work. She was one of the most influential local artists in the world who depicted the ceremonial body paint designs and underlying thought processes of the ethnic group.

Pwerle has also been considered as an influential artist who encouraged other women artists of indigenous community to paint and leave a profound impact on the contemporary art scene. She has been considered as one of the top contemporary Indigenous artists in Australia and popular for her depiction of her subjects in a modern yet traditional style. Pwerle won several accolades like 19th Teslstra National Aboriginal and Torres Strait Islander Art Award. 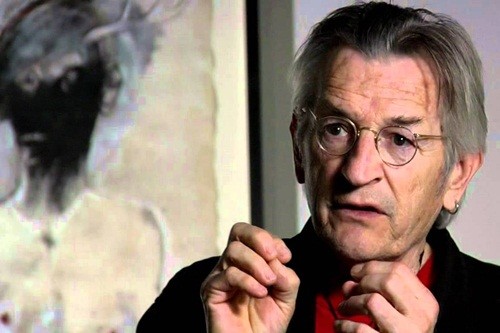 Rick Bartow was a Native American Artist who is a prolific artist. His artwork has been included in half a dozen museums around the world and his contributions have been featured in books, magazines and group exhibitions.

Bartow studied at Western Oregon State College in 1969 in secondary art education. He was sent to Vietnam after his graduation from 1969 to 1971. These years were coupled with trials and tribulations. He suffered from a sense of disillusionment. The hardships subsequently led to alcoholism and divorce during the 1970s. He turned to art for catharsis that played a detrimental role in his recovery during this time. He presented his first solo show at the prestigious Jamison/Thomas gallery. He became popular for his distinctive sensibility and attached his signature style to every concept of artwork. Bartow’s artwork depicted the American culture through folklore, global myths and his personal experiences that engaged everyone. Rick stays at number 7 in the list of popular indigenous artists. 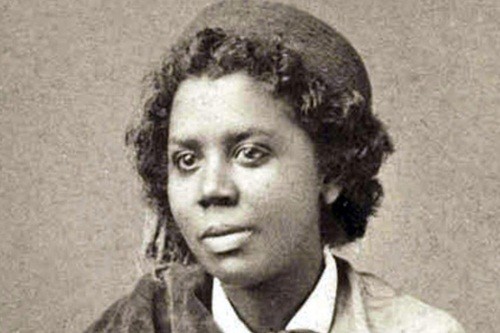 Edmonia Lewis was a Native American and African American Sculptor who lived with her mother’s nomadic tribe as an orphan until the age of 12. The elder brother of Lewis financed her early schooling and helped her move to Albany and Ohio in 1859 at Oberlin College. Lewis faced hurdles and trials as a Native American and African American at the college and later in Boston. However she was determined to become a sculptor in spite of minimum training.

The beginning of her compelling career began after she moved to Rome by financing her trip through the sale of portrait busts of few leaders and abolitionists. She was a popular ethnic artist because of the portrayal of African American and Native American ancestry in her work. The letter from L.Maria child in the National Anti-Slavery Standard had quoted Edmonia’s love for art. She said, “There is nothing so beautiful as the free forest. To catch a fish when you are hungry, cut the boughs of a tree, make a fire to roast it, and eat it in the open air, is the greatest of all luxuries. I would not stay a week pent up in cities, if it were not for my passion for art.” 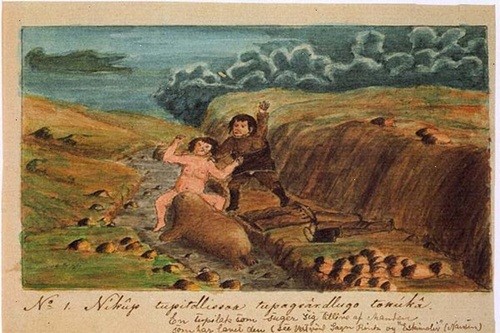 Aron of Kangeq was born in the small settlement of Kangeq in 1822 as a Greenland Inuit hunter who later became world renowned painter. Hinrich Rink became interested in the compelling work of Aron who strongly reflected Greelandic art and culture. The legend of ‘Aqissiaq’ who was illustrated in the woodcuts became popular as the classic figure of children’s literature in Greenland. The artwork of Aron depicted intricate details of Inuit history and culture through the use of many watercolors.

An Arctic archaeologist Eigil Knuth brought Aron’s work into limelight in 1960. Thus Aron was popularly known as the “father of Greenlandic painting” and his original artwork is still preserved at the Greenland National Museum in Nuuk/Godthab. The woodcut illustrations of Aron were published in 1859 and 186o as ‘Kaladlit Oqalluktualliait/Gronlandske Folesagn’. He also earned national recognition for the success of his pictorial book which was based on the art culture of Greenland. He also distinguished himself through his comprehensible and coherent narratives as an indigenous writer that set him apart from other popular artists.

Camilo Egas gave a new status to the Ecuadorean art by introducing innovative elements, dramatic and declamatory style to the artwork. The paintings are an intriguing amalgamation of European high art tradition and local subject matter of the Ecuadorean identity.

Egas was born in 1889 in Quito and acquired a government scholarship for studing in Rome where his defining early work was born. The artwork that reflected indigenous fiestas, dances and everyday life of Andes in a rhetorical style was made popular by him. He has been considered as one of the most important artists of the twentieth century who explored life and art in his paintings and reflected his lucid intelligence. He combined the aesthetic sense of ‘Costumbrista’ painting tradition with contemporary art movements of other countries to create dramatic themes. He was also devoted to abstract expressionist art in his artwork and the museum “Camilo Egas” at Quito has most of his artwork. 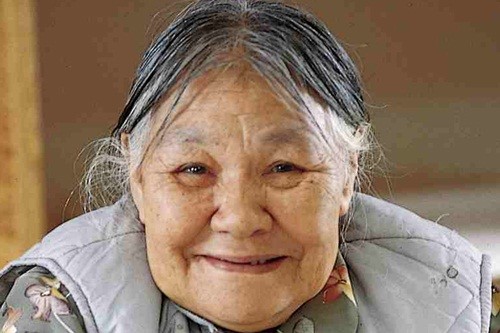 Kenokuak Ashevak is considered the most renowned Inuit artist. He was born in 1927 on Baffin Island. She made notable contributions as an Inuit artist and became the pioneer of modern Inuit art. She has been considered as one of the most acclaimed artists in Canada and internationally remembered for her memorable artwork “The Enchanted Owl” in 1960.

The iconic artwork was commemorated on a Canadian stamp in 1970 as one of the most famous art works of Canada. She hails from the Arctic regions of Canada and developed her artistic style from embroidery that she learnt as a child during 1950s. Canadian government and the Hudson’s Bay Company envisaged developing arts and crafts in the village and Kenojuak made remarkable contributions to the company. This marked the beginning of her momentous career. She became world renowned post the release of the film “Kenojauk” that was nominated as the best short documentary at the Academy Award and produced by National Film Board of Canada. The work of Kenojuak has been instrumental in introducing the work to the Inuit Art. 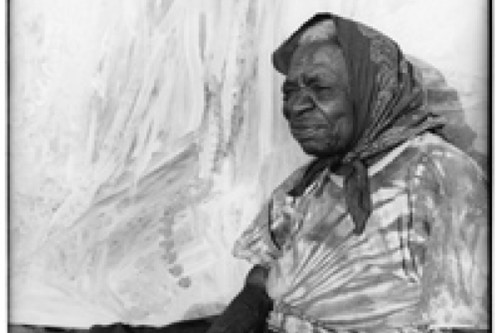 While compiling the list of most popular indigenous artists Emily Kame Kngwarreye has some special contributions. She made an essentially noteworthy contribution to contemporary art scene through her prolific paintings. The intricate paintings reflected strong cultural connections, ancestral history and kinship ties of her clan country Alhalkere. She resonated strongly with the creative power of dreaming as her source of inspiration.

Kngwarreye was born in Utopia which is a remote desert area in Alice Springs. She painted around 3000 artworks in the span of her eight year painting career. She became an overnight sensation of national and international stature at the age of 80. Emily became familiar to the material in her art in 1977 when Batik making was introduced to Utopian Women through government funded education program. The women of Batik Group were later introduced to canvas and acrylic paint. During this period Emily painted her first canvas ‘Emu Woman’ which garnered phenomenal attention in Australia and she became the recipient of the prestigious award Australian Artists Creative Fellowship in 1992. She has won several accolades and awards for her compelling artwork. 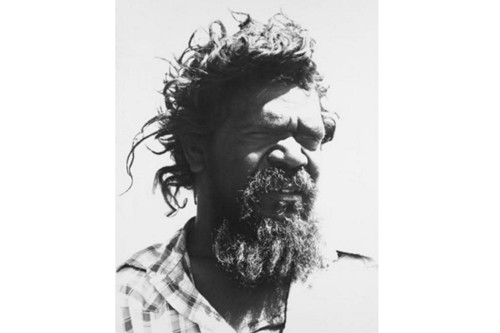 Clifford Possum Tjapaltjarri was born in 1932 in Alice Springs on a creek bed on Nagger by Station. He is considered as one of the most famous Central Western Desert artist to dominate the Aboriginal art scene. He made a significant impact in 1971 and remained inarguably a noteworthy artist even after his death in 2002. Tjapaltjarri amalgamated traditional painting with the contemporary artwork which later pioneered the artwork of Central Western Dot painting.

He started his career as a stockman for cattle stations in his ancestral country and later as a construction worker in the Papunya settlement. He was also employed as a wood carver and a skilled painter during the early 1970s. When Tjapaltjarri was employed as one of the ‘painting men’ along with his brother Leura Tjapaltjarri, little did he know that his life would change after the establishment of ‘Papunya Tula Artists’ group. Queen Elizabeth II was presented with one of the grandiose paintings of Clifford Possum Tjapaltjarri during the late 1970s. The intricate three dimensional artworks transcended the knowledge of aboriginal and national history of Anmatyerre. He won some prestigious awards like Alice Springs Art Prize, Order of Australia award for his contribution to art and indigenous community and many more. Because of his amazing contribution Clifford ranks number 1 in the list of most popular indigenous artists.

Top 10 Most Popular Indigenous Artists in The World