Football is most famous game played all around the world. This thrilling game is full of action and its players are expected not only to be physical fit and strong, but also very flexible and aggressive. Here’s a look at arguably the top ten players in world football today. The list of top 10 most valuable footballers big-name in the world. This list takes into account a player’s current market value, future earning potential, sponsorship revenue and long term marketability.

The 10 Most Valuable Footballers In the World. 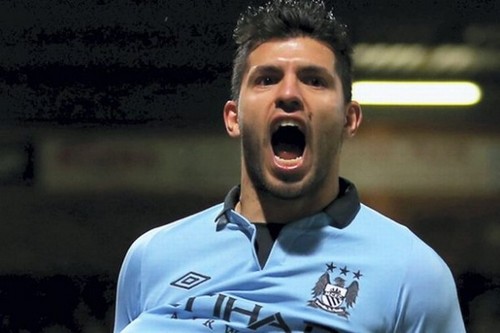 The Argentine star has established himself as one of the best strikers in the world. He has made already two big-money moves in his career so far, at only the age of 24. His ability on the pitch as well as his off-the-pitch marketability and popularity would make him an excellent investment. Aguero first joined Atletico Madrid as a teenager for £19 million and his displays in Spain attracted the attention of Manchester City, who then paid £38 million for him, making him their record signing. He has gone on to enhance his reputation playing in the Premier League, scoring 23 goals in his first season for the club, including the memorable title-winning goal against Queens Park Rangers on the final day of 2011/12. 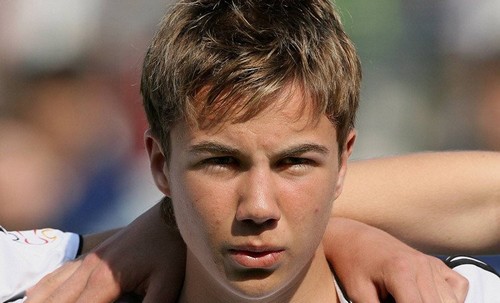 He is young, having potential and has skillful attacking play. He has risen to world class status in a very short space of time since making his debut for Borussia Dortmund, and has recently become the most expensive German player of all time with a lucrative £31 million move to Dortmund’s rivals Bayern Munich. This big-money move to the Bundesliga champions and the country’s most famous football club will surely see Goetze set for stardom for many years to come. 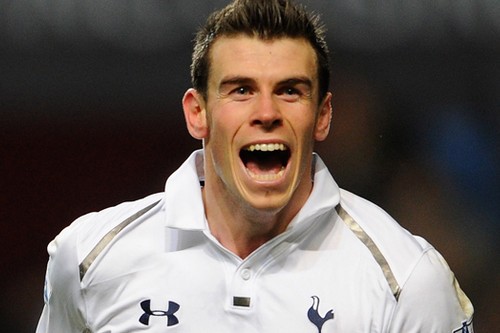 Gareth Bale’s rise over the last few years has been phenomenal. Starting off as something of a laughing stock for the club, he is now considered one of the best players in the world. After lighting up the Premier League this season with 21 goals, he was crowned double Player of the Year by both the Professional Footballers’ Association and the Football Writers’ Association, and is now being lined up as the next ‘Galactico’ signing by Spanish giants Real Madrid. His ability to win games with a moment of magic out of nowhere obviously make him incredibly valuable on the pitch in terms of winning points, and the money made from the star player’s shirt sales is also an important asset to the North Londonders. 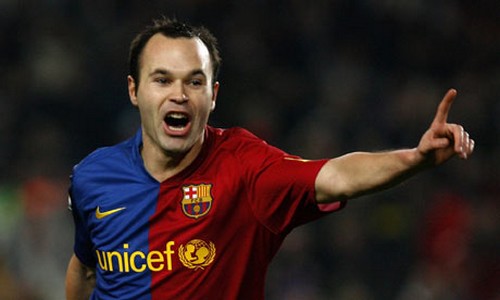 The 29-year-old is undoubtedly one of the biggest names in football now, after years of success with both Barcelona and the Spanish national team. Arguably his finest moment came when he scored the winning goal against the Netherlands in the 2010 World Cup final, truly announcing himself on the world stage. After coming up through Barcelona’s famous La Masia youth system, there is no suggestion that he would ever be sold by the club with which he has spent his whole career, but his market value is said to be around £61 million taking into account his ability, influence and marketability. He currently has a salary of over £4 million a year, plus extra money from sponsorship deals with the likes of Kalise, an ice cream manufacturer. 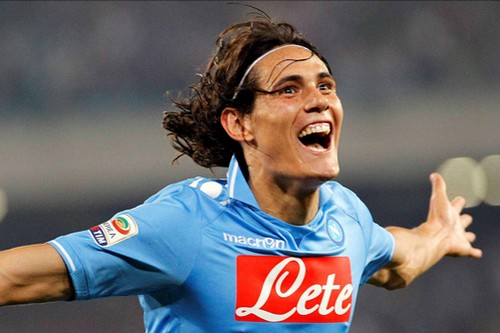 The much in-demand Napoli striker is likely to be one of the biggest transfer stories this summer as he makes a big money move to any one of Manchester City, Chelsea or Real Madrid. The 26-year-old has been a star in Series.  A over the last few years, proving himself to be one of the world’s most lethal goal scorers. He currently has a salary of around £3.8 million per year, but that will surely rise this summer when he makes a move to a bigger club. Prospective buyers will be expected to pay around £54 million for the Uruguayan, such is his reputation now as a skilful match-winner of immense ability, who will surely go on to enjoy further success in the future with goals and silverware galore. 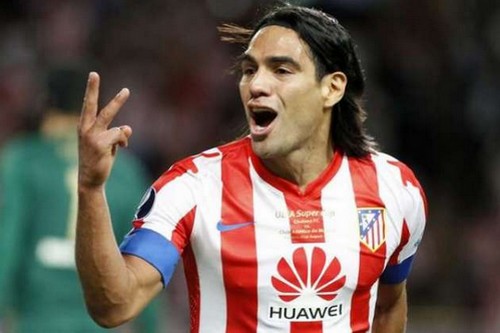 Radamel Falcao is an exciting player to watch, scoring a variety of goals from different positions, and will only improve when given service from better players in the teams that hope to sign him. The Colombian has an excellent record of 34 goals in 40 appearances in all competitions this season for the Spanish side. This year, the 27-year-old has shown his ability to perform on the biggest stage, performing in high profile games such as the Super Cup win over Chelsea, where he netted a superb hat trick, and scoring against giants Real Madrid and Barcelona in league games.

He has already moved for big money in the past, joining Atletico Madrid from Porto in 2011 for £34 million plus add-ons. And will surely move for close to £60 million this summer, given his importance to the team. He would reportedly become one of the best-paid players in the world if he joined Chelsea, who will offer him a weekly wage of around £200,000. Currently, he has a sponsorship deal with Puma, and is certainly on his way to becoming one of the world’s most marketable players. 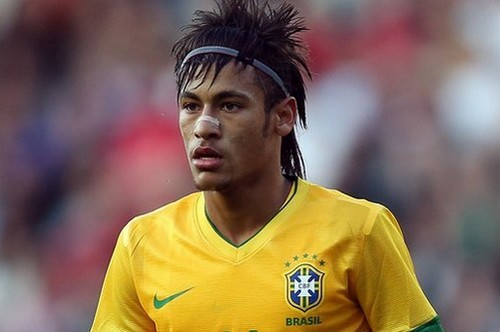 Neymar, a rising star of future time. He is young, energetic and show great determination in the ground. Despite only being 21, Neymar’s estimated market value is around £44 million. The Brazilian starlet has earned rave reviews for his performances for Santos since making his debut as a teenager, and quickly gained world-wide exposure after appearing for the Brazilian national side shortly afterwards. He is one of the brightest prospects in world football after some mesmerizing solo goals in the Brazilian league, likening him to Barcelona star Lionel Messi. He is best footballer of the year 2013. 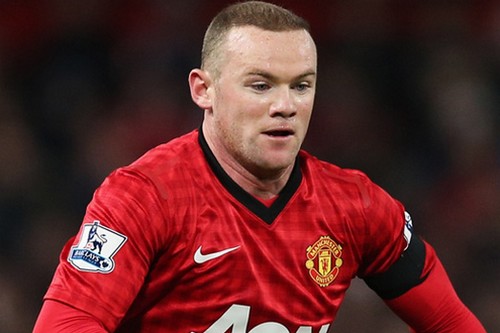 After David Backham, Wayne has lifted the Prestige and honour of English football spirit to the heights. He has been ruling over the hearts of millions of people for last many years. He is one of the world’s best paid players, earning £15 million a year from Manchester United. And has sponsorship endorsements with big names such as Nike, Nokia, Ford, Coca Cola and Asda, as well as appearing on the front cover of every FIFA video game since 2005.

His marketability makes him incredibly valuable. And though he may move for a cut price of around £30 million. He is probably worth closer to £57 million. And, he will be a big business boost for whichever club signs him, due to the number of shirts he would sell. And of course his influence on the pitch when he reaches his best form. 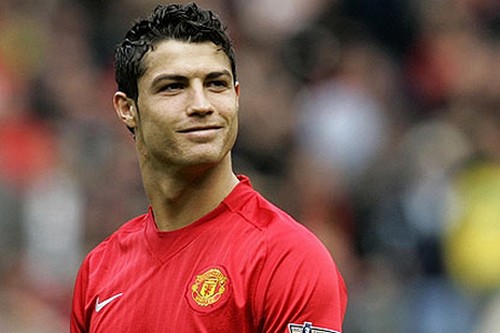 Cristiano Ronaldo is as famous as any other in the world. He has shown some extra ordinary performances ever since the start of his career. He has ability to play at any part of the field. Ronaldo is somewhat undervalued by his current club Real Madrid. Earning a relatively low £10 million a year from the Spanish giants. The Portuguese winger is one of the world’s biggest names after first establishing himself at Manchester United before his record-breaking £80 million move to Real Madrid in 2009.

He is the most expensive player of all time. It’s easy to see why with his phenomenal goal scoring record. He has managed 201 goals in 199 games for Madrid, a better goal scoring tally than you’ll see from anyone in the world. And he continually scores goals of exceptional quality as well. With many coming from long range or one of his trademark free kicks. 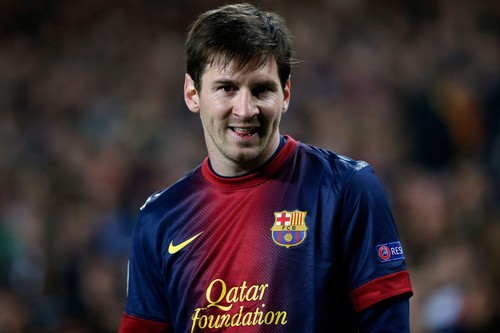 The 25-year-old, Lionel Messi is indeed the greatest player of all times. The way he handles and dribbles the ball is unmatchable. He has got the ability to change the course of match at any time. A four time Ballon d’Or winner, Messi has received the award on the last four occasions which is a record as well as being selected for the FIFA World XI for the last six years running.

Messi has an estimated net worth of around £73 million. And, without a doubt he is the world’s most valuable footballer. The Argentine star has never commanded a high transfer fee due to his development from the Barcelona youth team. But after his world class displays over the last few years, in which he has helped the club win every trophy possible. He would be valued at around £105 million in today’s transfer market.