There are many delicacies with raw flesh of animals as the key ingredients. For instance, there are the carpaccio, hoe, sushi, steak tartare, and many more, which involve uncooked meat or fish. But, the creators of gourmet delights, at one point, went a little too far, and decided to place live creatures or animal parts on the plate. This resulted in plates of moving food items. Let us take a look at the appetizing world of some of the most amazing alive foods, and see how many you would like to try. 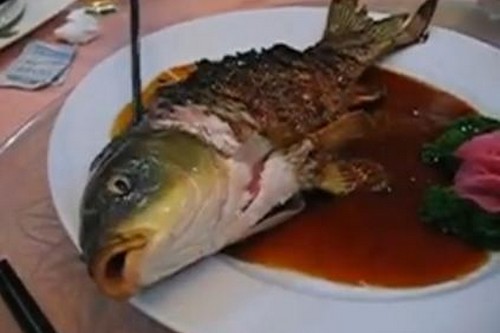 The Chinese concept of ‘yin-yang’ or complementary opposite forces is applied to this fish dish which, in this case, means “dead and alive fish”. Ying Yang Yu is deep fried – except for the head. But, the fish, served with sweet and sour sauce, is completely alive on the inside, its head moving, for about thirty minutes, and is cooked quickly and cruelly enough not to damage the living innards. 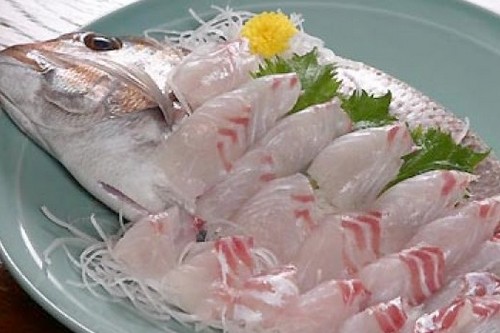 Another form of Sashimi, this time with fish, Ikizukuri literally means “prepared alive”. The consumer can pick the fish he wants to eat from a tank. The living fish is then disembowelled, and a few pieces are sliced off. The whole process is done in such a way that most of the fish is left intact, and the person eating the fish can see the heart of the fish still beating, and the mouth still moving to breath. 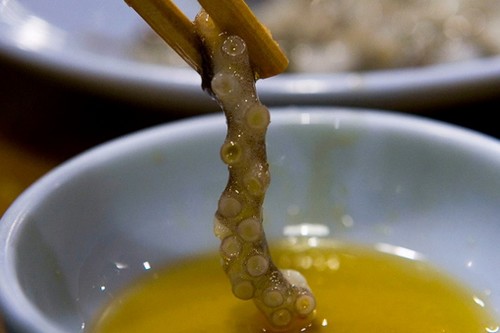 This Korean dish is a hoe which has, as its key ingredient, small octopus, or nakji. The little octopuses are either presented whole, or the tentacles are cut off the live octopus and put straight on the plate. The most stunning part of the dish is that the octopuses are alive, as you have guessed. If you have no heart, the baby octopuses seasoned with sesame oil and seeds are the dish for you. 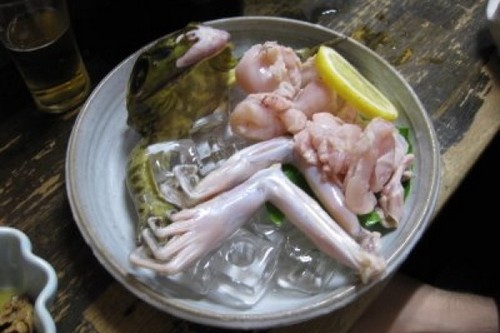 For this Japanese dish, a living frog is cut open on an ice platter. The sashimi bits are sliced out, and the rest is simmered for a soup. Imagine the skinned leg pieces of the freshly disembowelled frog still dancing when salt is sprinkled. While most of the pieces are raw but dead, the alive part is the heart of the frog, still thumping on the plate when it is served. The whole from head is also plated. 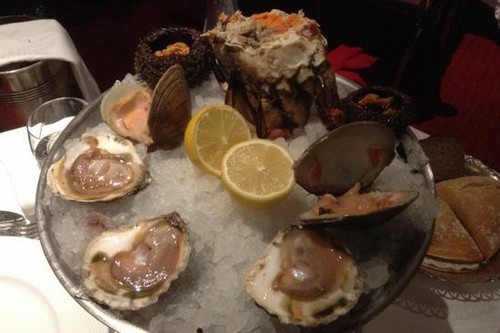 These don’t moving, but they’re alive, alright. While people are well aware that sea urchins are alive, many who eat oysters don’t even realize they have gulped down something living. In Italy, catching sea urchins or Ricci di Mare and eating them immediately is popular, and oysters are world famous. They are shucked, and the innards are eaten. The practice ensures freshness of the creatures. 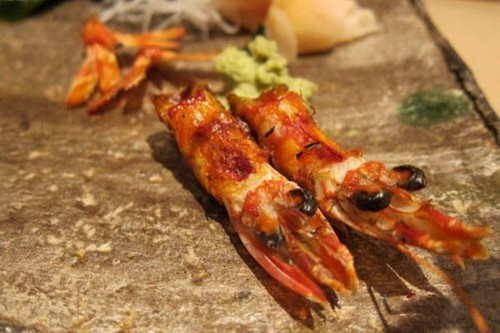 Another shrimp dish, this Japanese sashimi delicacy contains one baby shrimp, and is eaten in a single serving. The shrimp is de-shelled, and the head is sometimes removed. These are deep fried and served with the creature that is cooked skilfully and quickly to have its legs moving. It is dipped in sake to intoxicate it, so that it is easier to eat. The baby does only when the eater chews it. 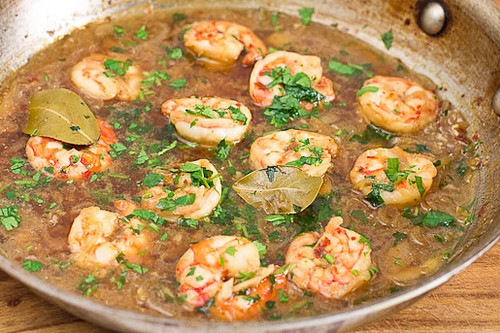 In this charming Chinese main course delicacy, about ten fully grown shrimps are served with a bowl of Baijiu, a drink which has approximately 40-60% alcohol content. The eater has to ‘catch’ the active shrimps as they jump around in the liquid, and stuff them in the mouth before they can escape. They may carry on moving even while being swallowed, until they are chewed to death in the mouth. 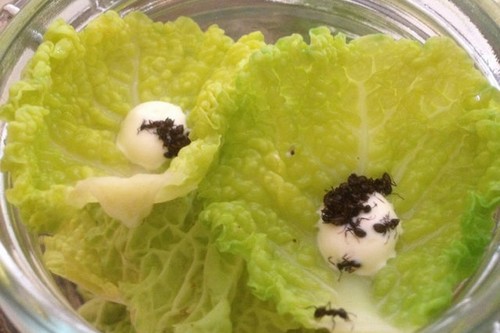 Denmark’s Noma, one of the 50 best restaurants in the world, seems to be heavily inspired by the practice of eating ants, and has taken it to a whole new level, with its $300 ant salad. The ants are frozen so they move slower, and they replace croutons to add a crunchy texture to the salad. The ants crawling across the lettuce leaves of the salad supposedly taste like lemongrass and cinnamon. 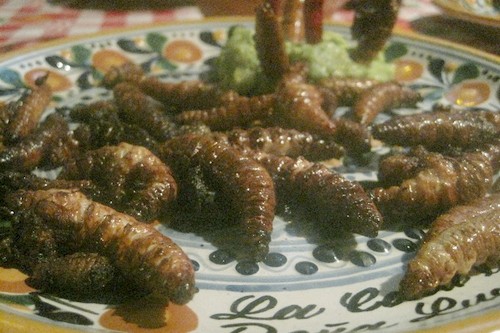 These are stink bugs, and are often eaten alive. Chumiles are smaller in size than Jumiles, and have a stronger flavor than Jumiles. Both are very high in iodine. They are generally found to live under rocks, and are a special delicacy in Mexico, particularly in the Taxco region. Alive, they are often eaten live in tacos, with salsa, guacamole or other sauces to keep them from running off the plate. 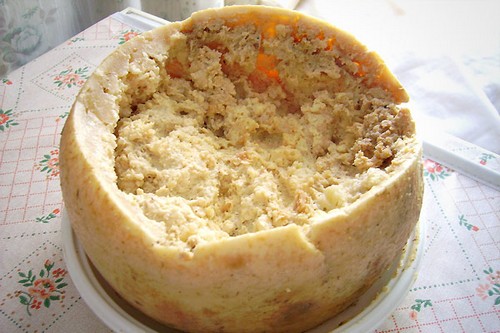 We are not kidding when we ask you to your eye-guard, because you are about to eat the Sardinian cheese called Casu Marzu, banned in the only place where it is made. The reason: maggots, jumping as high as 6 inches. During the decomposition of cheese, larvae of cheese flies are introduced, to break down the fat by eating through it and seeping a liquid, which makes it softer and smellier.

There are other alive foods, like grubs and insects, eaten for survival, or to deliberately take a culinary adventure. According to Western popular culture, the brain of living monkeys or gorillas is depicted as a cuisine, while the creature is still alive and kicking, though the truth behind this is debated. The flesh of many creatures are raw, while some, though cooked, are prepared while still alive. In general, the practice of eating live animals began when the restaurants wanted to prove the freshness of their dishes. While we believe you can eat these if you are cruel, – or, have not been hugged too often as a child – it isn’t a very healthy practice either, since many germs that the creatures might be carrying enter the eater alive. There are always chances of food poisoning or reactions in the body which can be very harmful.