Following an author’s death, his/her unpublished manuscripts become a matter of grave concern for often dispute rises over the ownership of the materials. Never-the-less we as readers are more than delighted at the next sensational novel even when the novelist lies cold in her/his grave. Here is a list of 10 lurid, amazing books that were published after the author’s death: 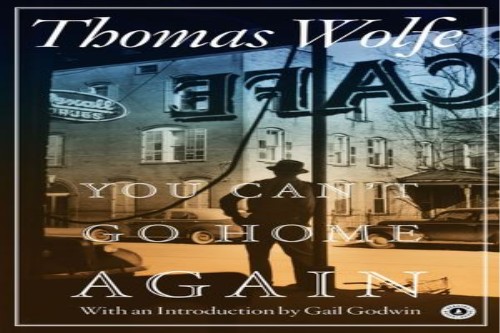 After submission of the manuscript named The October Fair, Wolfe went to New York for a tour of the western United States of America. Shortly after this Wolfe became ill and died. Out of the vast manuscript which was over 5,000 pages long, the publishers had to painfully extract the required contents and in 1940 posthumously published the novel. ‘You Can’t Go Home Again’ is the story of a fledgling author George Webber who writes a book that makes unflattering references of his hometown Libya Hills. Though Webber’s book was a national success, it made the residents of his town very unhappy due to the manner in which the town was depicted. After publication, the townsfolk were known to send menacing letters and death threats. 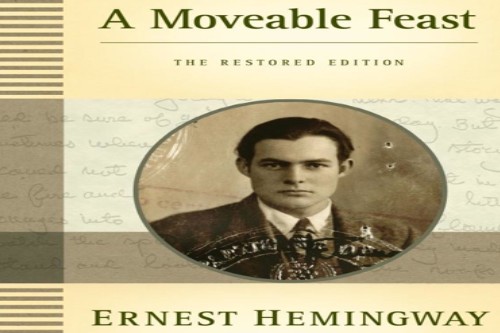 A Moveable Feast is a memoir by the American writer Earnest Hemingway about his years spent in Paris as a writer, during the 1920s. Hemingway ended his life before the work could be published. The book describes Hemmingway’s apprenticeship as a young writer while he was still married to his first wife. Had it not been for his death, the book may never have been published for Hemingway had made some harsh observations about his friends including Gertrude Stein, Ford Madox Ford and the Fitzgeralds. Other people like Ezra Pound, James Joyce, Pascin et al also features in the book. Following Hemmingway’s suicide, the manuscripts and notes were edited by his fourth wife Mary and the title was suggested by A. E. Hotchner who recalled Hemingway once saying: “If you are lucky enough to have lived in Paris as a young man, then wherever you go for the rest of your life, it stays with you, for Paris is a moveable feast.” 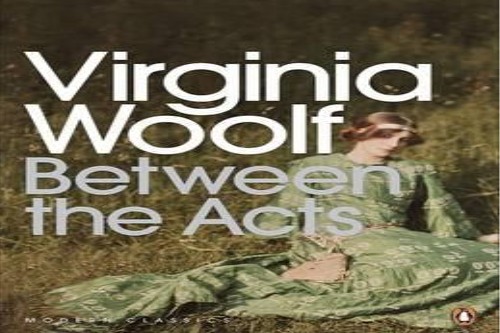 This book was the only work published without the author’s permission because this was Virginia Woolf’s last work before committing suicide. Arguably considered Woolf’s most lyrical work, completed only two weeks before her suicide, represents a rather cynical view of English history. The story is set in a country house, somewhere in England, against the backdrop of the looming World War II. The book is laden with hidden meaning and allusions by use of rhyme words. Immediately after completion of the novel, Woolf fell into manic depression following which she wrote a note to her husband on March 28, 1941 and drowned herself into the nearby River Ouse. 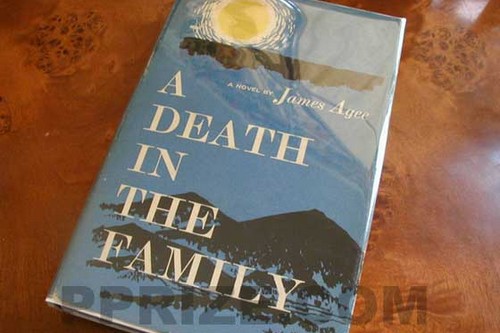 It is an autobiographical novel, begun on 1948 but was not complete when Agee died in 1955. Editor David McDowell took upon himself the task of releasing the novel that was aimed at helping Agee’s family. The whole work was difficult to put together properly because Agee had died before completing the final revisions. The novel is based on the events that occurred surrounding the death of Agee’s father who was killed in a car accident. The moving story provides a portrait of life in Knoxville, Tennessee and the sudden loss that was faced by a wife, two children, an atheist father and a drunken brother. In 1958, Agee was awarded Pulitzer Prize for his novel posthumous. 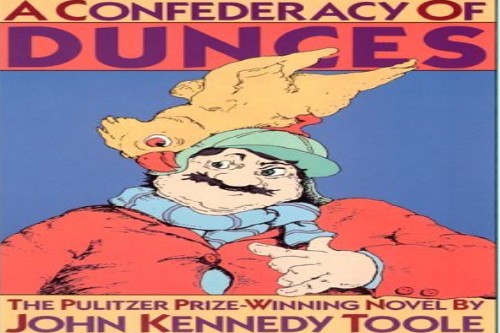 A Confederacy of Dunes is a tragicomedy picaresque novel. This book is a publishing miracle. Toole had wrote this novel in 1963 and had tried to get it publish but was repeatedly rejected. Following his suicide in 1969 his mother, on finding a smeared carbon copy of the manuscript in Toole’s home, decided to try to get it published. Thelma Toole approached different publishers, to no avail. But she was persistent and managed to persuade Walker Percy, an author and lecturer at Loyola University, to read it. Percy recounts, “I started to read, I read on. First with the sinking feeling that it was not bad enough to quit, then with a prickle of interest, then a growing excitement, and finally an incredulity; surely it was not possible that it was so good.” The book centres around Ignatius J. Reilly, an educated but slothful 30-years-old man living with his mother in the uptown neighbourhood of early-1960s. He, in search of employment encounters various adventures with colourful French Quarter characters. The book first became a cult classic then a mainstream success. In 1981, the novel won the posthumous Pulitzer Prize for Fiction. 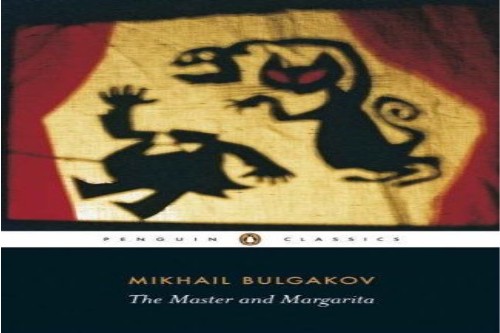 Some critics consider it to be one of the best novels of the 20th century. It is a satire about the realities of life in the Soviet Union. Bulgakov began working on the novel in 1928 but observing that there was no future for writers in his country, he burned the original manuscript in 1930. He even wrote a letter to Stalin asking for permission to move to his family in France. Of course he was denied. In 1931 he went back to writing the novel again and wrote several versions before his death. It took 25 years for his wife to get it published. Then in 1966, after heavy modification a Russian magazine had the work published. The complete version was published by another publisher in Frankfurt the following year. However, the Russian readers did not get access to this full version until 1973. 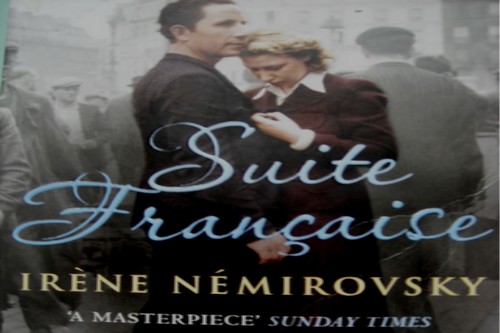 After completing two of her planned series of five novels In July 1942, the French writer of jewish origin, Irene Nemirovsky was arrested and detained at Pithiviers. She was later deported to Auschwitz where she died that very year. Nemirovsky had two daughters who managed to escape the concentration camp, taking along with them the manuscripts written by their deceased mother. The elder daughter, Denise held on to the manuscript for five decades without reading it. She imagined the notebook would probably contain sordid painful thing that were better unread. However in 1998, Denise decided to donate the manuscript to a war archive and therefore sat down to examine the contents. Following this, Instead of sending the manuscript to the archive Denise sent it to a publisher in France. The whole manuscript was published in a single volume entitled ‘Suite Francaise’ in 2004 which achieved huge success in France and went on to win the Prix Renaudot literary award. 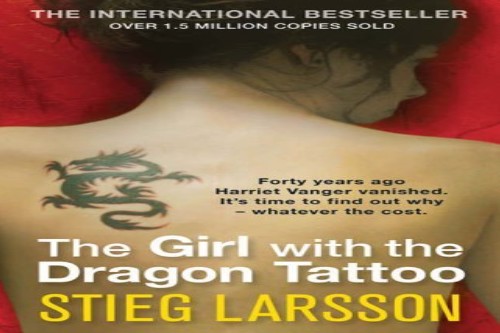 Larsson never intended to publish his novels, writing those crime stories was only a hobby, a means of distraction and had it not been for his death the world may never have known of the existence of his brilliant piece of work. On its publication, Larsson’s trilogy the Millennium Series – Starting with The Girl With the Dragon Tattoo, became a worldwide phenomenon. It sold millions of copies and has been adapted into series of movies and television both in Sweden and Hollywood. Larsson, a respected journalist, had died at the age 50 from a heart attack. He was said to have lived on fast food, smoked two packs of cigarettes and drank 20 cups of coffee daily. After Larsson’s death his partner Eva Gabrielsson found the manuscripts and decided to get them published. Stieg had originally planned to write 10 novels out of which he completed on three. About three quarter of the fourth novel is also complete and the rest are only composed of synopses.

Interesting fact: The start off novel, The Girl with the Dragon Tattoo was originally titled in Swedish ‘Man som hatar kvinnor’ that literally translates into ‘men who hate women’ (which probably is a more apt title). 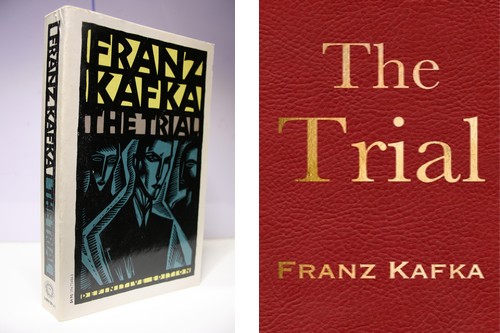 All of Kafka’s novels were published after his death. When alive, Kafka was known as an insurance officer but after death he became one of the most influential authors of 20th century. Kafka died at the age of 40 and wanted all his manuscripts to be burned after his demise but his friend and literary executer Max Brod decided to publish his brilliant works. The Trial was released one year after his death. Similar to other Kafka novels, The Trial was not completed but had a chapter that offers an ending to the story. Written between 1914 and 1915, the story revolves around Josef K., an ambitious bank clerk who is arrested and prosecuted by a remote, inaccessible authority without the knowledge of his crime being revealed to neither him nor the readers. Kafka gives us a glimpse at the future totalitarian regimes that will prosecute individuals based on absurd reasons or no reasons at all. It seems Kafka’s premonitions were proved true for all three of his sisters were killed in Nazi concentration camps. 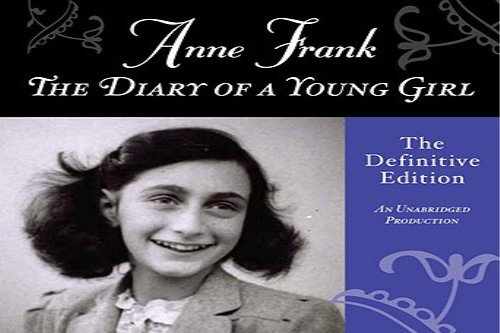 Anne Frank wrote the diaries while hiding along with her family for two years under the Nazi occupation of the Netherlands. It is the most tragic story that received widespread acclamation in the country and popular attention throughout the world following its English translated publication. Eventually the Frank family was caught and send to the Bergen-Belsen concentration camp where Anne died of typhus. Her diary was recovered by Miep Gies, one of the Dutch citizens who had helped the Frank family survive while hidden. She gave it to Anne’s father, Otto Frank, the family’s only survivor. Gies never read the diaries and was later forced by Otto to read it in its second printing. After which she confessed, had she read them before she would have destroyed it because it contained the names of all those who had helped the Franks as well as their black market suppliers. Otto Frank knowing that his daughter had wanted it to be published decided to do just the same. The first edition was titled The Back House.