Pakistan is a country where you can enjoy four seasons. You can enjoy a cool, dry winter from December through February; a hot, dry spring from March through May; the summer rainy season, or southwest monsoon period, from June through September; and the retreating monsoon period of October and November. There are lot of beautiful places to visit, with so much natural beauty, it is no wonder that Pakistan has many attraction for tourist like Murree, Ziarat, Swat Valley, Hunza Valley, Neelum Valley, Kaghan Valley, Jehlam Valley Chitral, Gilgit and much more. Here is a list of ten breathtaking tourist attractions in Pakistan. 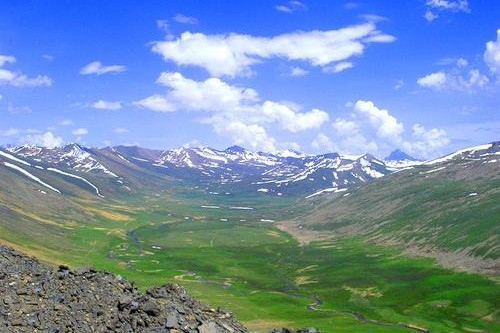 Babusar Pass is a mountain pass at the north and the highest point in the Kaghan Valley, connecting it via the Thak Nala with Chilas on the Karakoram Highway. The Valley is at its best during summer. It can be reached by road via the towns of Balakot, Abbottabad and Mansehra. The mountain ranges which enter Mansehra district from Kashmir are the offshoots of the great Himalayan system. In Kaghan valley the mountain system is the highest of the area including the Babusar top. From the middle of July up to the end of September the road beyond Naran is open right up to Babusar Pass. 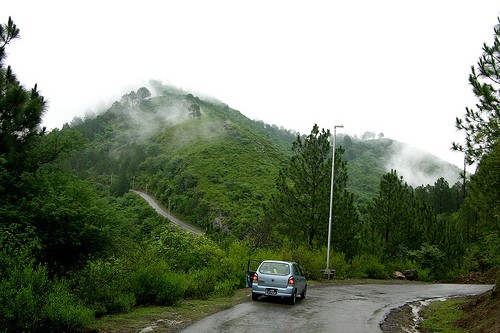 Located 17 kilometers from Islamabad on top of Margalla Hills, Pir Sohawa is a rapidly developing tourist resort in Pakistan. It’s a popular destination among the residents of Islamabad, as well as the foreign tourists. The scenic place is praised for trips and holiday picnics, it has a 3000 plus ft elevation and located in Monal village which is geographically part of Haripur District. 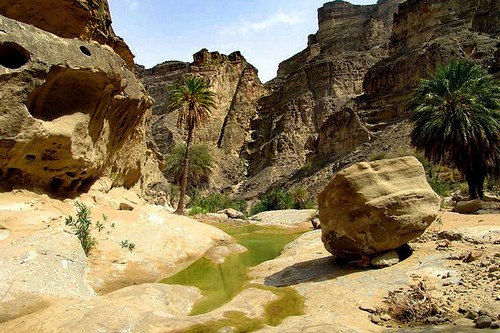 Hingol National Park is the largest National Park in Pakistan with approximately 1,650 km² in area. It was established in 1988. The park lies on the Makran coast approximately 190 km from Karachi. The Park contains a variety of topographical features and habitats, varying from arid subtropical forest in the north to arid montane in the west. Large areas of the park are covered with drift sand and can be classified as coastal semi desert.

The most important feature of the park is the the highest located mud volcano in the world. Also, the park forms an excellent habitat to wild Sindh Ibex, Afghan Urial and Chinkara Gazelle and a large number of bird species. 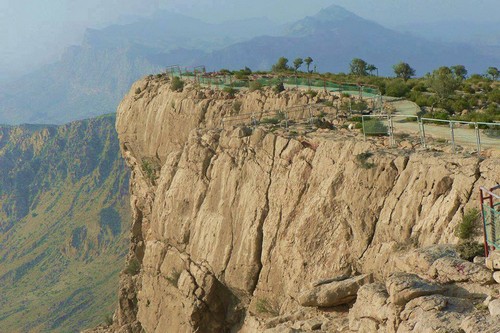 If Murree is the Queen of Hills, then Gorakh Hill, in the north of Pakistan, is a lonely, majestic king.

Situated at the height of 5,688 ft in the Kirthar Mountains, 94 km north west of Dadu city, Gorakh is a rising Hill Station of Sindh. It is situated on one of the highest plateaus of Sindh, spread over 2,500 acres, and due to its surroundings it attracts nature lovers. Due to its elevation, it lies in a special climatic zone, with the temperature falling below zero degrees during winter and generally staying below 20 °C even in summer. The Hill Station gets winter snowfall and is the only place in Sindh to have snowfall in winters. 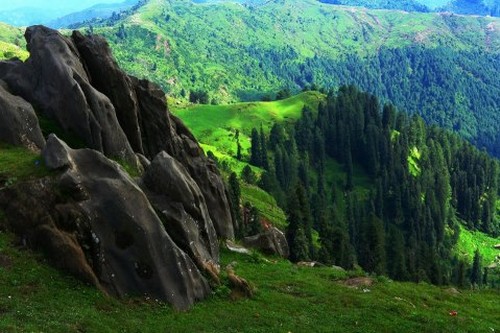 Toli Pir (Tolipeer) is a hilltop area situated in Rawalakot, Poonch District of Azad Kashmir. Its approximate height is about 8800 ft above sea leve. It is the highest mountainous location in the northeastern area of Rawalakot, also the point of origin of three different mountain ridges. It’s the summer destination, the weather is generally pleasant but becomes colder from October through March. The area’s natural beauty is at its peak from April to August.

Tolipeer spot 6th amongst the ten breathtaking tourist attractions in Pakistan. It’s one of the most beautiful places in Pakistan and renowned for its lush green fields, high mountains covered with pine trees. 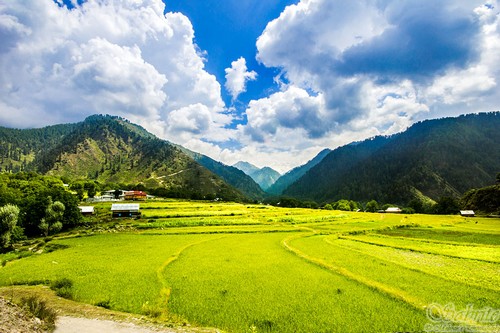 Located 105 km from Muzaffarabad, capital of Azad Kashmir, Leepa Valley is the most fascinating and most charming valley in Pakistan. The Valley is considered scenic by tourists, one who visit this valley cannot easily forget the magical stance of it’s natural beauty. The valley has high green mountains covered with pine trees. One of the most fascinating and loveliest places of this valley is Leepa village, which is located at 6302 ft high from sea level in the center of the Valley. Leepa, throughout the Azad Kashmir, very famous for its fruits (specially apple) and honey. 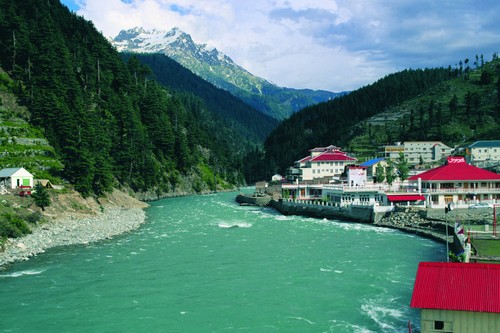 Kalam spot forth on the list of ten breathtaking tourist attractions in Pakistan. Known for splended waterfalls, lakes and lush green hills, Kalam is a popular destination for tourists. This stunning picturesque location situated along the Swat River in Swat Valley, at a 270 km drive from Islamabad.

This beautiful village features thick pine forests, crystal clear lakes, alpine meadows, snow covered mountains and cool mountain streams all in one place. On the way to Kalam you can get a breathtaking view of the snow-capped peak of Flaksair (6,257m) from Matiltan and the peak of Mankial (5,726 m) from the village of Kulalai. 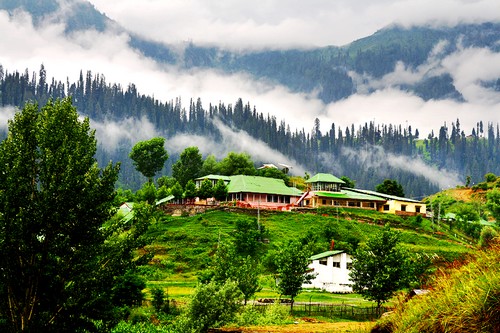 One of the most fascinating and naturally beautiful valley in Kashmir region. Kel Vally spot third amongst the breathtaking places to visit in Pakistan. Located 155 km from Muzaffarabad at the altitude of 6,879 feet, it’s a small but charming place in Neelum Valley. The Shounter Nallah joins river Neelum at this place and leads to Gilgit Agency over the Shandur Pass (4420m above sea level). The valley is at its best during summer. It is a famous tourist attraction and lot of tourists who visit Azad Kashmir go to Kel as well. On the hill top, there is a Breathtaking, lush green village and picturesque location Arang Kel at the altitude of 8,379 feet. 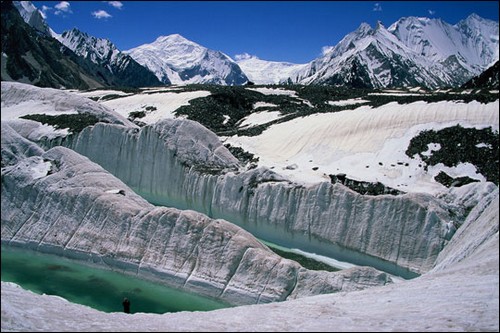 Located in Baltistan region, Concordia is the name for the confluence of the Baltoro Glacier and the Godwin-Austen Glacier, in the heart of the Karakoram range. The most beautiful place on Earth, Concordia offers the region’s best place to camp for mountain enthusiasts. With breathtaking views, it also offers short hikes to several important base camps: K2, Broad Peak and the Gasherbrums. Concordia is home to four of the world’s fourteen ‘Eight-Thousanders’.

1. Deosai Plateau – The land of Giants 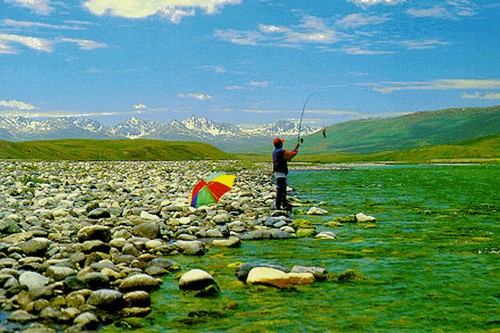 Deosai Plains topes our list of breathtaking tourist attractions in Pakistan. Deosai, in local Balti language, is called Byarsa, meaning ‘summer place’ is the second highest plateau in the world after the Chang Tang in Tibet. The plateau is situated in Astore District of Gilgit-Baltistan at the boundary of the Karakorum and the western Himalayas. It is famous for its rich fauna and flora, in the Spring spell it is roofed by sweeps wildflowers and a diversity of butterflies.
Deosai means ‘the land of Giants’ is a tourist attraction and lot of tourists who visit Baltistan go to Deosai as well.

Deosai National Park is at an average elevation of 4,114 meters above the sea level. Deosai Lake or Sheosar Lake from the Shina language meaning “Blind lake” is in the park. The lake, at an elevation of 4,142 meters, is one of the highest lakes in the world is about 2.3 km in length, 1.8 km in width and average depth is 40 meters.