You must have heard of those long-bearded spiritual gurus who promises you an advance ticket to heaven if you pay him some big fat dollars. Here’s a trivia, in my mother-tongue Bengali the term ‘swami’ means husband. Anyway, every Indian swami has one time or the other been related to intimate contact with opposite gender in one way or the other. As they say sex and spirit go hand in hand! This is how ­­­­­­­­­; Here below are 10 Curious Scandals of Indian Swamis – The Curious Cases of Indian Swamis;

10. Caught in the act – Swami Nithyananda

On the day of March 10, 2010 this godman was tainted and painted red by Sun TV (news channel). For even a godman needs a hot full body massage with occasional dips of kisses followed by other such acts (though the video here has deleted most of the racy stuffs). Swami was rather lucky getting it done by a popular actresses. I can hear the sighs.

Nithyananda later said in an interview that he was in a state of ‘samadhi’ i.e. trance while being unrobed & massaged (anyone would be, right?). With the pressure mounting swami made a startling revelation that he was actually impotent. The man has some nerve, we got to give him that!

And this ain’t all, condom, drugs and more secrets told the story of why this ‘playboy’ was in real trouble. When Arathi Rao, a former devotee alleged rape, swami went into hiding digging and further extending the ditch he was in. Because when the police went to nab the man in his ashram they were goggle-eyed to find a heap of condom and ganja (drugs) inside the premise. And then came the answer to the cryptic question, it was Arathi Rao who had secretly recorded the swami’s exceptionally hot moments. Naughty girl! 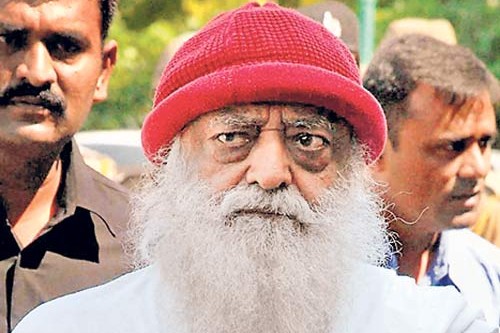 He’s our current favourite in India. This controversial godman hit the nerve of every rational Indian when making a remark on the 2012 Delhi gangrape saying that the girl raped was also to be blamed. He further added that the girl “should have called the culprits brothers and begged before them to stop… This could have saved her dignity and life.” To exemplify his hideous theory he said “Can one hand clap? I don’t think so.”

We don’t think so either swami, especially since he has been arrested for paedophilic behaviour recently. This is what is generally called tit-for-tat.

This January, 7 more girls have poured out their tales of horror (which includes forced oral) to the police who have collected the statement of around 100 people, enough to build up a case against this self-styled godman. 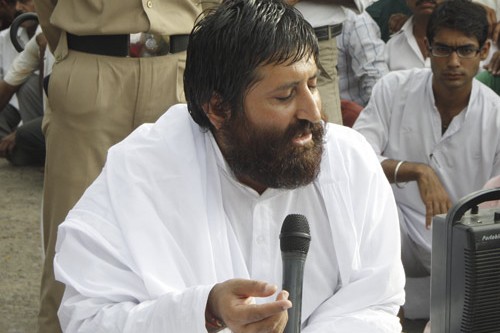 Asaram Bapu’s has proven that the pull of blood relations is quiet thick. Two sisters had lodged complaints against Sai and his father Asaram of rape, sexual assault and illegal confinement. Grilled in police interrogation and under the hawk-eyed presence of his estranged wife, Sai had revealed physical relationships with eight of his female disciples, and in an OMG moment confessed of even fathering a child with one of his sevikas (disciple).

7. Oiled All Over – Sathya Sai Baba 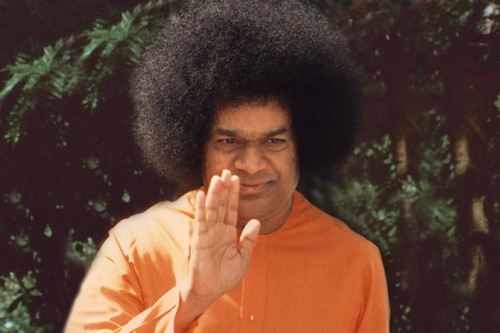 Sai Baba was no novice to controversy (yes, he is dead). Death couldn’t stop him from featuring in this list though. Plunge into Wikipedia, you’ll find a full 1000 words collection of accused misdeeds under the ‘criticism and controversy’ section.

In 2002 a documentary produced by Denmark’s national television and radio broadcast company, Danmarks Radio (DR), named “Seduced By Sai Baba”, presented interviews with Alaya Rahm who alleged sexual abuse by this swami. Again in a BBC documentary titled The Secret Swami, one of Swami’s critics had claimed that an ex-devotee had confined to him about the repellent swami’s sexual behaviour when once he had “put the oil on his hands, told me to drop my pants and rubbed my genitals with the oil”. Even Sai Baba’s multi-millionaire devotee clearly believes in these rumours; see here. 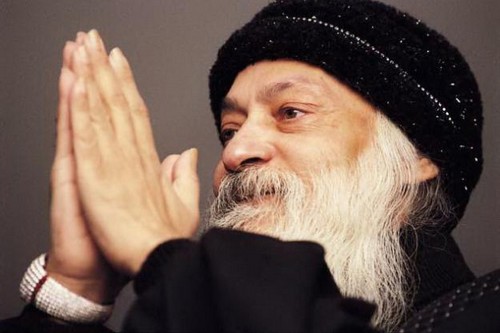 This one was a mash up (yes, he is dead too) and had quiet an international reputation. Popularly known as Osho since 1989, he was a break from the mainstream conventional hoodoo swamis. They even have a cool international website of an Osho Meditation Resort [http://www.osho.com/].

Coming to the point, this singular swami was actually known as the ‘sx guru’ and was quiet a news maker owing to his provocative lectures in his ashrams. And you thought swamis are conservative huh?

Initially, in his Pune Ashram (which is flourishing like never before) some groups were allowed intimated relationship between the participants’. Osho argued, unlike other religious advocators that psychological repression leads to suppression of significant feeling that later raises their ugly heads in some other guise (like rape); he added that sexual repression results in societies becoming obsessed with sex. Osho’s ideas on sex, marriage, family and relationships contradicted traditional views, arousing anger and opposition around the world.

Though being a candid supporter of homos.xuality at the beginning, he later retracted this views and said “homosxuals…. were perverted, created the disease AIDS.” And just when you thought you were beginning to like this sex-swami. Alas! 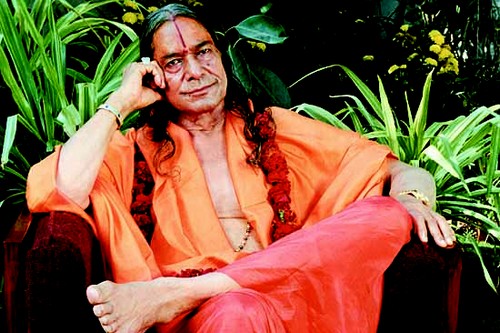 He died in November 2013 at the age of 91 not before being exposed by an American follower Karen Johnson in her book  “Sex, Lies, and Two Hindu Gurus: How I Was Conned by a Dangerous Cult” And Why I Will Not Keep Their Secrets.”

The book is concentrated on the swami’s bed room rituals. In an interview Karen said “Because he is considered to be an avatar of Krishna, his intimated touch and so on are supposed to be a gift of divine love, or prema dan. He gives private audiences to women he can manipulate and blesses them by intimated touch. He invites women to give him ‘charan seva’, a kind of massaging ritual which usually incorporates sexual touching.”

Karen had a very bad experience in past 15 years in his ashram. She told that she was a member of ‘Jagadguru Kripalu Council’ and had spend 15 years of her life in his JKP ashram situated in Austin city. Wonder what took her so long to come out?

Back in 2002 Kripalu was alleged to have raped and molested a 22-year-old Guyanese woman in a prayer-room, at a house in which he was staying in San Fernando, when she visited him in May of that year.

This self-styled swami apparently while teaching spirituality ran a prostitute racket, or so it was alleged back in 2010. It was said to be a business worth Rs 500 crore (5 billion USD). He used to supply women, including air hostesses, students and house wives, to high end clients all across Delhi and earned approximately Rs 2.5 lakh (4000 USD) everyday. Ichadhari baba collected a mind-boggling amount of Rs. 25000 crores (25 billion USD) by his s..x racket.

The 39-year-old Swamin Bhimanand, whose real name is Shreemurath Dwivedi, started working in Delhi as a security guard in 1988 until in 1997 when he was arrested for managing a prostitution ring. When he got out of jail, he took up religion simply as a front to his sleazy dealings. Police had claimed to have recovered five diaries from him which have the names, phone numbers and even rates of certain prostitutes. Bulls-eye, another swami down.

If you have a tremendous wish to see this swami going intimated in a dance, watch above video. 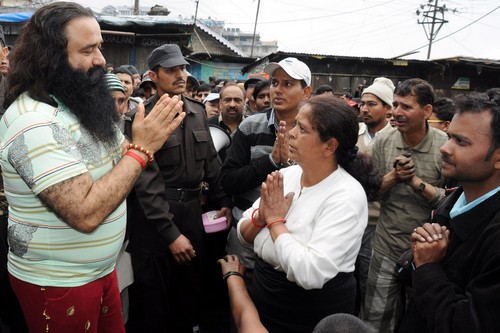 Alleged malpractices at the Dera first came to light in 2002 when an anonymous letter reached to then Prime Minister of India, accusing this swami of rape and mass-scale sexual exploitation.

“There are 35 to 40 girls here who have compromised themselves at the Dera. We appear to be devis, but are treated like prostitutes,” the woman wrote in her letter, adding: “My life is in danger, so I will not reveal my name.”
Since then, Ram Rahim’s name has figured in many criminal cases, including the murder of a journalist in July 2002. This guy seems grave!

The police had caught hold of his former driver who said that sexual exploitation was rampant, and that several male followers had been forcibly castrated on Rahim’s orders. This guy is gross as well.

2. When The Beatles Turned to a Swami – Maharishi Mahesh Yogi 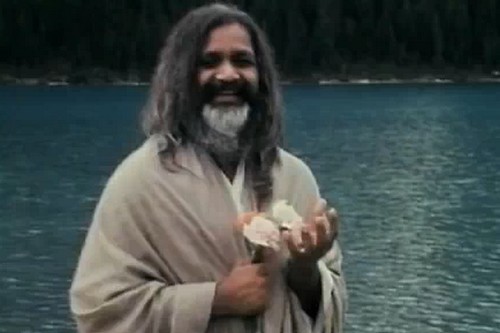 John Lennon of The Beatles had, during his visit to India written a song ‘Sexy Sadie’ which he had wanted to actually name ‘Maharishi’ as it was based on the swami himself. Yogi made to the limelight by becoming ‘spiritual advisors to The Beatles’ in 1968. During their stay, the Beatles heard that the Maharishi had made sexual advances towards Mia Farrow; though Harrison, Paul McCartney, and Cynthia Lennon later said that they felt the story was fabricated. The original title was changed on George Harrison’s request.

Lennon once said of the song: “That was inspired by Maharishi. I wrote it when we had our bags packed and were leaving. It was the last piece I wrote before I left India. I just called him, ‘Sexy Sadie,’ instead of (sings) ‘Maharishi what have you done, you made a fool…’ I was leaving the Maharishi with a bad taste.” He told Rolling Stone that when the Maharishi asked why he was leaving, he replied, “Well, if you’re so cosmic, you’ll know why.”

Later the band dumped the swami.
John had subsequently said after many years, “There is no guru. You have to believe in yourself. You’ve got to get down to your own God in your own temple. It’s all down to you, mate.” I say, good advice mate.

1. The This One Makes Sense Swami – Ravishankar 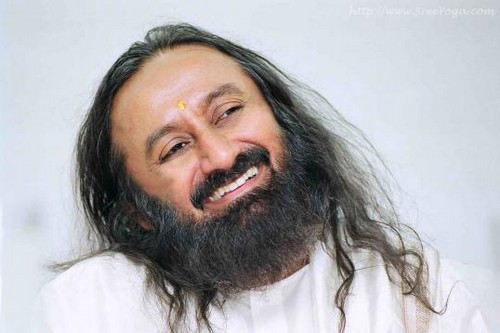 The man which topped the list of 10 curious scandals of Indian swamis is none other than RaviShankar. Last December, when the Supreme Court of India overturned the 2009 landmark adjudication of decriminalizing homosxuality, spiritual swami Ravi Shankar wrote on Twitter – “Homosexuality has never been considered a crime in Hindu culture. In fact, Lord Ayyappa was born of Hari-Hara (Vishnu and Shiva).”

He later tweeted – “Homosexuality, not a crime in any Smriti. Everyone has male and female elements. According to their dominance, tendencies show up and may change.” In another post Sri Sri wrote – “Nobody should face discrimination because of their sexual preferences. To be branded a criminal for this is absurd.”

During the 2012 Delhi gang rape, instead of giving a preposterous gut-revolting comment like the other swamis Sri Sri Ravi Shankar through his social initiative VFABI protested against such barbarism.

For the record, this swami has been honoured by several countries for his humanitarian work and had even been the honorary citizen and Goodwill Ambassador of the city of Houston, USA back in 2008.