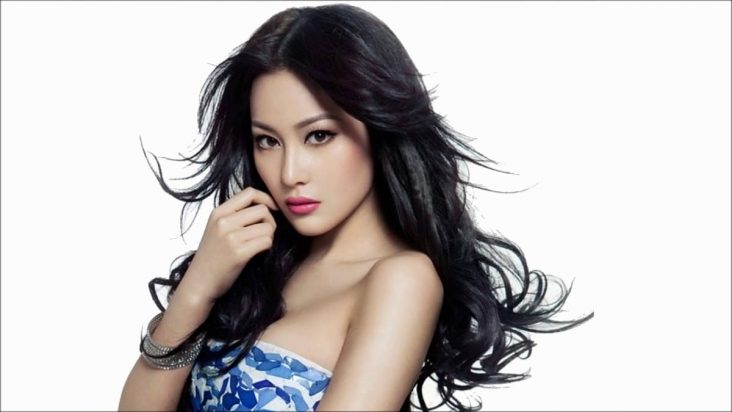 The entertainment world is not only dominated by actresses from Western countries. There are also celebrities from the eastern part of the world who are worthy to mention, not only because of their achievements, but also because of their beauty and hotness. Among thousands of pretty Asian celebrities, I’d like to list here the top ten of hottest Chinese models and actresses. These beautiful Chinese actresses are both sexy and talented. This list includes famous Chinese actresses in the US like Gong Li and Zhang Ziyi as well as famous Chinese actresses abroad like Bianca Bai and Tien Hsin. These may be actresses on the big screen or small screen. Either way they are all incredibly beautiful Chinese ladies.

Presenting the list of top 10 hottest Chinese models and actresses.

Zhang Ziyi, sometimes credited as Ziyi Zhang is one of the most popular Chinese film actress and model. Chines media called her one of the Four Dan Actresses in China’s film industry, along with Zhao Wei, Xu Jinglei and Zhou Xun. The popularity of this beautiful Chinese actress is quite amazing. Not only that, it is said that Zhang Ziyi is ranked number one in a poll “10 Most Beautiful Women in Asia 2020″ conducted by FHM.

Her accomplishments as an actress is also very great. She won seven international awards with her role in Crouching Tiger Hidden Dragon. In 2001, Zhang Ziyi was named the sexiest woman in the world by FHM Taiwan. An extremely talented actress, who can always look beautiful, elegant, and sexy at the same time.

Bianca Bai, born in 1982 is one of the most respected female actress in East Asia. The Taiwan-born actress was already known as a famous model once she graduated from high school. She was a pretty remarkable model, before finally deciding to shift her career to be a movie actress. She was nominated in 2010 for Best Leading Actress in a Television Series at the 45th Golden Bell Awards for her role in.

Born in Zhejiang province, Tien Hsin can be described as Pamela Anderson from Asia, who is always able to attract the attention of men with her ​​beauty and sexiness. This Taiwanese celebrity already has high experience in the world of entertainment. As an actress, she mostly acted as a very seductive, sexy, and tempting characters. She is proportional body measures. With a slim body, pretty amazing breast size, and great experience as an entertainer, it is impossible to not include her as one of the hottest Chinese models and actresses in the world 2020.

Chrissie chau takes 7th spot in the list of most Popular, Hottest Chinese Models and Actress. She was born on 22 May 1985 in Chaozhou. she is a Chinese actress and popular celebrity model from Hong Kong. Chrissie Chau gain fame after the release of her albums in 2009 and 2010. Chau starts her film career in the horror movie Womb Ghosts in 2009. Chrissie Chau appeared in 20 productions in Hong Kong in China, Malaysia and Taiwan.

Lin Chi-ling is a Taiwanese model and actress. She is famous for her gentle demeanor and physical beauty. Lin has been referred to as “The First Face of Taiwan” by members of the Taiwanese media. She has been an official spokesperson for both China Airlines and Longines since 2006. Lin’s meteoric rise to fame caused Taiwanese commentators and scholars to coin the phrase “The Lin Chi-Ling Phenomenon”. She had numerous roles in television over her time as a model, being the host of TVBS-G LA Mode News, TVBS-G Fashion Track, the Golden Melody Awards and the Top Chinese Music Chart Awards in 2005. She also played the lead actress in films ” Red Cliff” and “The Treasure Hunter.”

Lynn Hung, is a Hong Kong-based fashion model and actress originally from mainland China. Best known for her beautifully shaped breasts in Hong Kong’s modeling scene, Hung born in Nanjing, of People’s Republic of China. She moved her base of modeling activities to Hong Kong in 2006 and began working there mainly in the runway scene, becoming known as a top model, and beginning her acting career in 2008. In 2009 that she was the #4 highest-paid model in Greater China, next to Hong Kong’s Gaile Lai (#3), Chinese Jennifer Du (#2), and Taiwanese Lin Chi-ling (#1).

Gaile Lok, a famous Hong Kong model, magazine cover girl and an actress. She was born in Macau to a Chinese father and a Vietnamese mother. Gaile studied in the United States. She made her film debut starring in the 2000 romantic film, “I Do”, and subsequently appeared in another film entitled “My Sweetie” in 2004.

Known as Chinese Jennifer Du, Du Juan is a fashion model, film actress and former ballet dancer. She has been touted as the world’s first international Chinese supermodel, the first Asian model on the cover of Vogue Paris, and has appeared on the cover of Vogue China 11 times, more than any other model or celebrity. Meanwhile, five international fashion giants selected her as their global spokesperson, including Louis Vuitton, YSL Rive Gauche, Roberto Cavalli, Gap and Swarovski. And so Du was one of the hottest models in the world in 2020.

Zhang Yuqi also known as Kitty Zhang is still very young. At the age of just 24 years old, Zhang Yuqi has successfully entered the Chinese entertainment industry and gained a place among the elite artists. Not only a beautiful, Zhang Yuqi also very smart and extremely hot. She started acting just at the age of 15. Beside acting in many successful films, Zhang has appeared in Elle and other magazines. In June 2009 she was a “guest of honor” at the Montblanc Arts Patronage Awards ceremony.

Fan Bingbing is the one who deserves the first place to be the most beautiful Chinese woman in the world. Indeed, she is believed to be an actress who is able to match the achievements of Gong Li and Zhang Ziyi in the international film world. After her impressive performance in the film Lost in Beijing, Fan Bingbing was plotted to appear in Hollywood great films such as Iron Man 3, Stretch, and the latest X-Men series.

In 2010, China’s largest newspaper, The Beijing News placed Fan Bingbing in the first rank in a list of 100 most beautiful women in China. Due to her appearances on the red carpet, movie premieres, and fashion shows, the media describes her as a fashion icon. Since 2013, she has been listed as the highest paid actresses in the world.