JK Rowling with her ​​”Harry Potter” novels, Stephenie Meyer with the “bite” series or Antoine de Saint-Exupéry with his story “The Little Prince” are ultimately famous and successful but only with one book. There is one other kind of authors, the prolific writers who, year after year, even decade after decades remain Bestsellers without tiring their audience. It’s almost a mystery and their success is the last secret of our disenchanted world.

In our capitalist world , the best criteria to access is to see the sales figures , which even exceed the one billion mark in each of following individual cases. Here they are -the 10 most successful authors – each with an exemplary work.

Top 10 Most Successful Authors in The World: 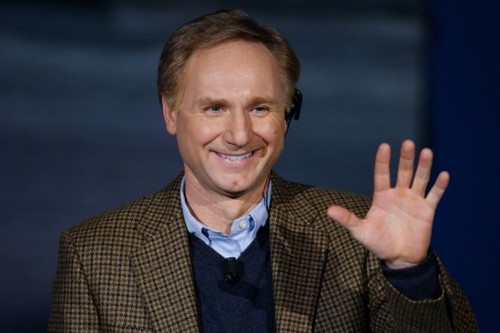 If only it were really that easy to become one of the most widely read authors in the world! The American author Dan Brown has yet to have a secret . Before his success, he taught English and was an unsuccessful singer and composer. He wrote the witty band “187 men to avoid: A Survival Guide for the Romantically Frustrated Woman”.

Murder on the Orient Express 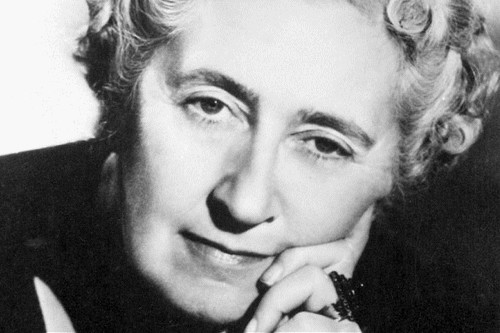 She is the queen of mystery stories. Christie has established several books worth billions of dollars. Such sales are  hard to beat for the most successful authors among living authors.

Released in 1934, “Murder on the Orient Express” in which Poirot (a fictional detective) must solve the brutal murder of a fellow traveler. The train is stuck on tracks in the snow , no one can escape and yet, the killer does not seem to be on board.

Agatha Christie dominates the classical means of the crime genre perfectly. According to some sources, her works sold to date approximately four billion times, making it one of the most successful authors of literary history.

Manual of the Warrior of Light 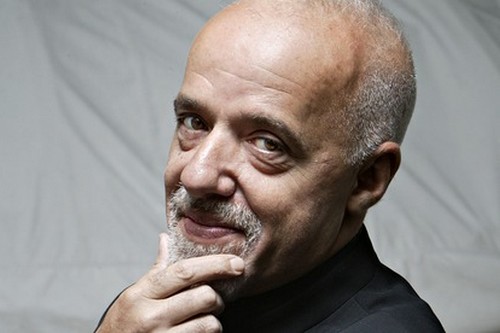 Paulo Coelho writes wisdom for everyone and every purpose. The 65-year-old Brazilian is a master of light style . He rolls neither complicated theories nor build conquerable castle of thoughts. He aims straight for the heart of his readers and he seems to take forever.

“All the ways of the world Sweat is wicked away to the heart of the warrior” says in “Manual of the Warrior of Light”. It is a kind of guide, consisting of short, meaningful stories and thoughts. Coelho encourages people to persist in his spiritual search for meaning.

All of his books are international successes, leading the way “The Alchemist” of it as the most translated book in the world and also qualified for the Guinness Book of World Records. Coelho is enthusiastic about the Internet and for a long time and supports the free download of his books. His this step has even boosted the sale of his books more.

He is also a UN Messenger of Peace, and runs  a non-profit-making institution financed largely by his royalties called as Paulo Coelho Institute. 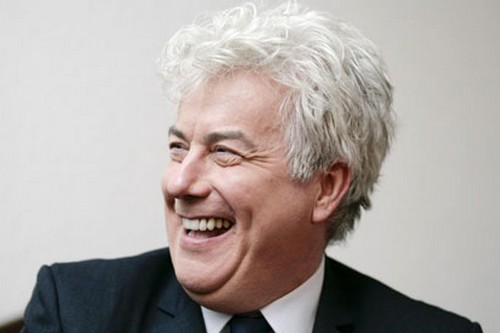 Ken Follett studied philosophy and worked in the 1970s as a journalist and then in a publishing house. Because the British did not complete this work, he began to write. With the spy thriller from the Second World War “The Eye of the  Needle”, he landed his first major success and has since become one of the major players in the business.

Currently Follett has released  “Fall of Giants” also about the war. The author spreads the panorama of a sinking continent of Europe on the brink of the First World War. The fates of an English domestic worker, two Russian brothers and an Anglo-German couple. He intersects them with each other and with the major historical events.

Follett has a special gift. He invented the link between individual life with contemporary historical facts which readers admire a lot. 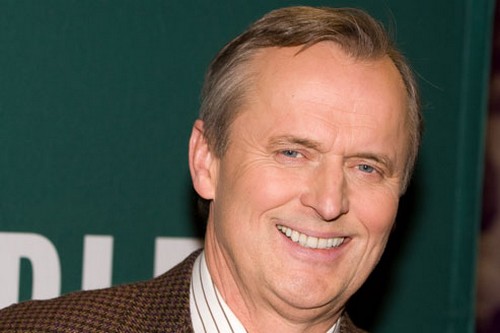 John Grisham comes from a humble background. He grew up in the America and made ​​a dream career. He studied business administration and law . As a lawyer, he wrote the first two novels in his spare time while working.

Equal to the second, “The Firm” was filmed, and was a mega seller . It’s about a very talented young attorney who received a fantastic job offer and can be lured to Tennessee. He soon realizes that the all the job atmosphere stinks and even life-threatening. The firm, which has hired him is deeply involved in shady dealings.

After the success of “The Firm” he has written every year book after book, ten of which have now been made ​​into a film. His books revolve around the orbit of the courts. 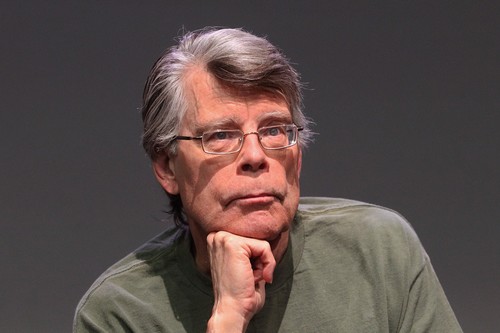 For forty years he gathers a faithful reader community around, which is recruited across from all classes of readers. King is in fact a great man of letters, who has long since dealt with the distinction between classical and popular culture.

He describes the inner life of his characters. He is a great author and always will be. 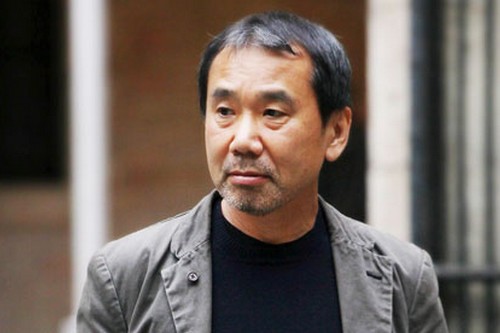 Japanese, Murakami is an author of international standing. In novels such as “A Wild Sheep Chase” he developed proximity to Western authors despite following a unique style of storytelling that acts simultaneously digs deep in human nature.

In his 1,600-page epic “1Q84” he narrates enthralling as clever story of an almost impossible love. Aomame and Tengo are a special couple, who live in a slightly shifted past and must fight with mysterious sects and fantastic creatures before they finally come to each other.

Murakami has the greatest literary claim among the authors on this list.

Along came a Spider 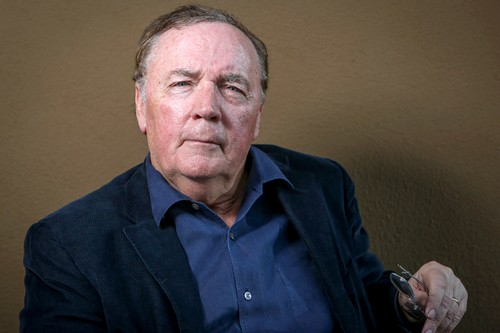 The 63-year-old American has long worked in advertising. He knows exactly what the readers want , and he gives it to them: emotions, sex, thrill. He also knows how to create an appeal to the people.

The story revolves around the kidnapping of two VIP children. Opponent of the trained psychologist is the brilliant criminal Gary Soneji.

James Patterson has become one of the international best-selling authors. His books have sold over 100 million copies and been translated into 40 languages.

Jewels of the Sun 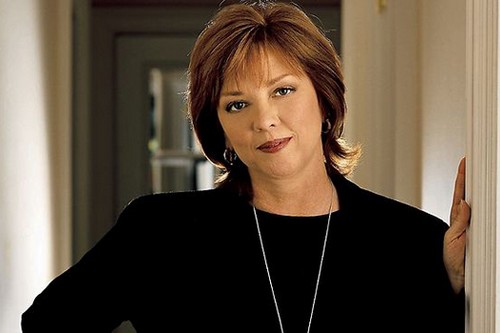 It feels like that she has written at least ten thousand novels. Each of her books have  jumped up to the top list of the New York Times for years now.

The American writer, in his early sixties, is loved by her female readership . Nora Roberts loves to write trilogies: the night trilogy, the island trilogy, the storm trilogy and so on.

She is considered one of the most successful romance writers of the world. In 1981, she appeared with red roses for Delia her first novel of society. Now she is one of the world’s most widely read authors. She also publishes under the pseudonymJ. D. Robb and Jill March ,and  in the UK under Sarah Hardesty. 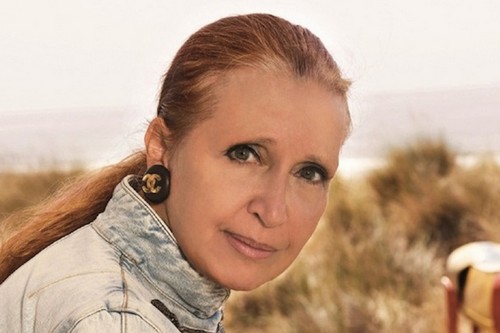 She is the daughter of a Jewish-German father and a Portuguese mother and grew up as an only child in France and attended various European schools. In New York she graduated from a French-language high school in 1963 and later on she studied at the New York University.

She has sold almost half a billion books. She was married five times and has nine children .

“The Long Road Home” is about the girl Gabriella Harrison, who is being abused at home . The hard-hearted mother finally pushes her off to a convent school.

Danielle also loves Prada, Chanel, Givenchy and Hermès. She does not drink alcohol and has great faith in human nature.