WrestleMania was the brainchild of Vincent Kennedy McMahon. He is the owner of World Wrestling Federation, which had to “Get the F out!” (They even ran a campaign, complete with limited edition merchandise) in 2002, after losing a legal battle to the World Wildlife Fund, over the use of the acronym.

Back in 1985, McMahon made a gamble that would have either ruined him financially, or would have gone on to become a pivotal moment in wrestling. He had spent insane amount of money on the first Mania, booking celebrities like the late, great Muhammad Ali, Cindy Lauper and Mr.T.

Thankfully, the gamble paid off and 31 years later, WrestleMania has transcended the barriers of professional wrestling and has evolved into a cultural phenomenon of gigantic proportions. Here are 10 reasons why this event has come a long way from being telecast on closed circuit TV in the US to reaching households in 170 countries. 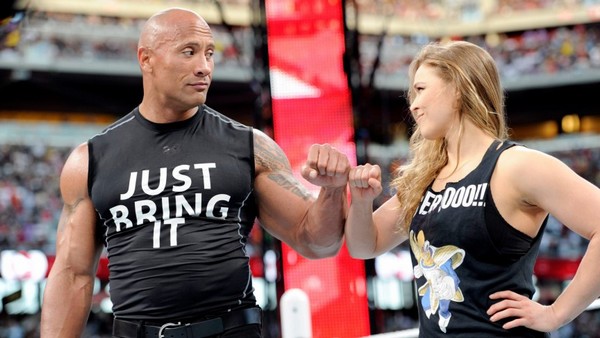 Celebrities have been an integral part of WrestleMania since the very first edition, when Ali acted as the special referee for the main event featuring Mr. T and Hulk Hogan. Over the past three decades, celebrities have graced the squared circle on several occasions. From Pamela Anderson escorting Diesel to the ring and Lawrence Taylor locking horns with Bam Bam Bigelow at WrestleMania 11, to Mike Tyson knocking out Shawn Michaels at WrestleMania 14, celebs have always provided that much needed grand feel to the event.

Rumors have been circulating that Dwayne ‘The Rock’ Johnson and his FF co-star Vin Diesel are going to go at it at next year’s event, inside Camping World Stadium in Orlando Florida, a match that is already being billed as the culmination to their rift on the sets of Fast & Furious. 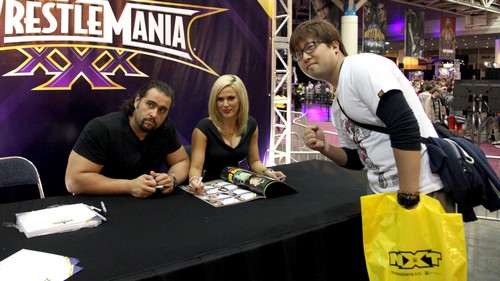 Back in 1988, Vince McMahon successfully managed to convince his friend, Donald Freakin’ Trump, to host the annual extravaganza inside Trump Plaza. The event included a brunch, autograph signings and a 5 kilometer run. This tiny convention has grown over the years to become one of the most anticipated events during WrestleMania week.

The event gives the fans a chance to mingle with their favorite superstars, but it doesn’t end there! Other perks include getting to step inside an actual WWE ring, participating in games, checking out wrestling memorabilia and grabbing heavily discounted merchandise. Every year, fans from over 40 countries flock in to make this event as enthralling and fangasmic as the actual event. 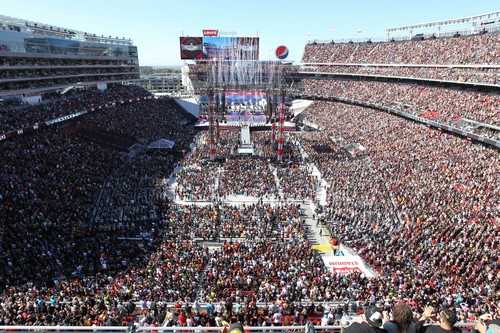 The first WrestleMania was held inside Pontiac Silverdome in Michigan. It set a WWE attendance record of 93,173 and remained intact until this year, when WWE packed 100,000 plus fans inside AT&T Stadium for WrestleMania 32. WWE has made a point to host the “Granddaddy of them all” inside big stadiums, to give it that BIG TIME feel.

The open stadium filled with thousands of fans screaming at the top of their lungs, makes for an incredibly stunning visual. 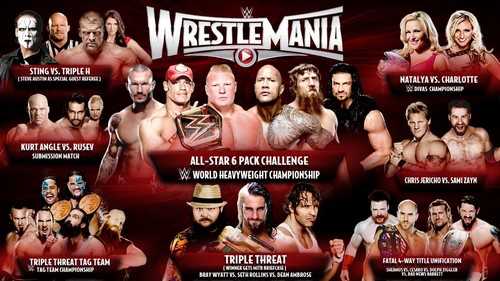 During the 80s and especially the late 90s, professional wrestling was at its peak when it came to the weekly ratings. Today, not so much. But the fact can’t be overlooked that WWE has been successful in getting mainstream attention with their B A STAR Anti-bullying campaign, Breast Cancer Awareness campaign and several other efforts.

And when it comes to the grandest stage of them all, WrestleMania is in high demand among the major cities in the US. Last year, WrestleMania 31 generated a whopping $139 million in economic impact for the Santa Clara region. This was the 4th consecutive year WrestleMania generated more than $100 million in terms of economic impact for the host city. Now, the bid to garner the top prize of getting to host WrestleMania has become a yearly tradition, with several cities putting their case in front of the high brass at WWE Headquarters. Miami hosted the 28th edition in 2012, which turned out to be one of the most successful PPV events in history. Now, they have placed a bid to host again in 2018. It won’t be a walk in the park though, with several other cities guaranteed to jump in soon.

5. WrestleMania Brings The World Together 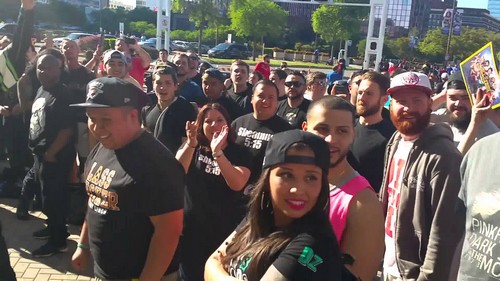 The event is not just a 3 hour Pay-Per-View with a bunch of matches thrown in there. WrestleMania is a week-long festival which starts with the Axxess conventions, followed by the Hall of Fame ceremony the night before, the actual event and finally, Monday Night Raw the night after. 78% of the fans who attended the event last year were from outside the US. Fans from 50 states and 40 countries attended the festivities, the primary reason behind the tremendous economic impact.

WWE goes out of their way to offer complete packages in a variety of price ranges which provides full access to all the events that take place over the week. These packages are priced as high as $7000 but it never stops the fans from grabbing the deals and experiencing the pageantry that is WrestleMania.

6. It Is The Show To End All Shows 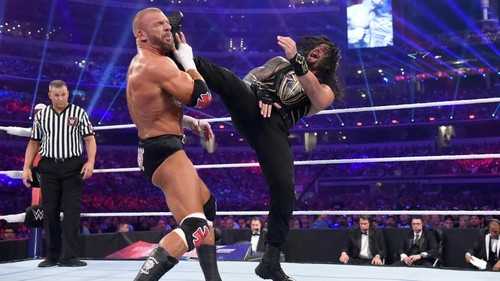 It’s been given many names- The Grandest Stage of Them All, The Showcase of the Immortals, The Grand Daddy of Them All, The Super Bowl of wrestling, The Greatest Spectacle in Sports Entertainment, to name a few. And it lives up to these accolades every single year.

Simply put, WrestleMania is the show where all the storylines which have been going on for the past year, culminate in the middle of the ring in front of thousands of livid fans. The anticipation created over the course of a whole year leads to the 5 hour event full of wrestling clinics and masterpieces. The management and the superstars give their absolute best on this one night, in an attempt to etch their names in the annals of wrestling history. 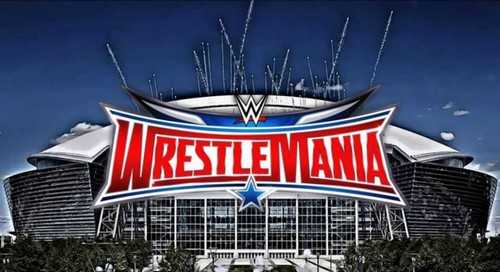 Let’s face it! WrestleMania has a long and storied history behind it, which is full of stories about dedication, sacrifice and risks. The 80’s was a time when wrestling went mainstream and was garnering record TV ratings on a regular basis. Actors, musicians and sportspersons were collaborating with the WWE which resulted in the birth of the Rock ‘N’ Wrestling Era and subsequently. The birth of WrestleMania.

There are tons of interesting stories attached to The Granddaddy of Them All, one being that it was conceived by Vince Mcmahon as the answer to NWA Starrcade, which was the biggest professional wrestling show at the time, first held in 1983. As years passed, Starrcade became a part of history when WCW folded and was bought out by WWE. WrestleMania though, went on to gain worldwide attention with each passing edition and has now become one of the most awaited events of the year. The fans actually care about the rich history of the Show of Shows and that has been one of the biggest reasons why people consider it an important event and flock in every year to witness the spectacle of WrestleMania. 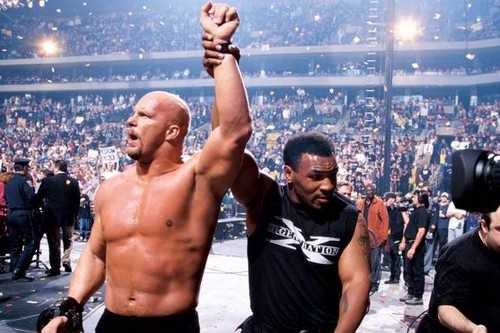 WrestleMania is where legends are born, villains get what’s coming to them, epic face-offs take place and most importantly, MOMENTS ARE MADE.

Over the years, WrestleMania has become famous as the event where some of the biggest and history making moments take place. From The Undertaker’s streak being broken, to John Cena’s epic entrances, to legends like Shawn Michaels bidding goodbye to the fans- WrestleMania is guaranteed to give you a handful of ‘once in a lifetime’ memories every year.

So when fans buy tickets to a particular year’s WrestleMania, they know that attending this event would not only provide them with an unforgettable experience, it’ll also make sure that they witness history being made and also become a part of history itself! 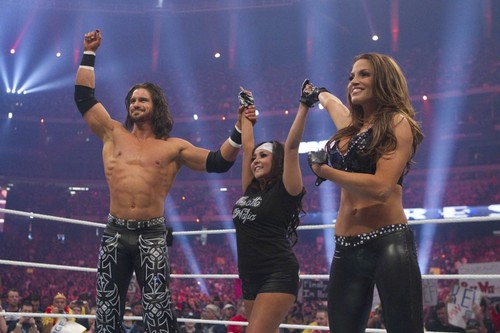 If you are a lifelong wrestling fan, it’s a lock that your ultimate dream is to attend a WrestleMania. No matter how many WWE weekly shows you’ve attended, you won’t be content until you have attended at least one WrestleMania.

You collect wrestling T-shirts, memorabilia, action figures and DVDs, but that’s not enough. You want to witness the spectacle, the pageantry, the history known as WrestleMania. You want to know how it feels to sit among 60-70k complete strangers in an arena, yet feeling as if you know each and every single one of them. You want to cheer your favorite superstar as those thousands others cheer along with you, and boo that despised villain in unison.

When you have attended a WrestleMania, you feel as if you’ve done it all! That’s when you realize that now you can call yourself a full-fledged WWE fan! 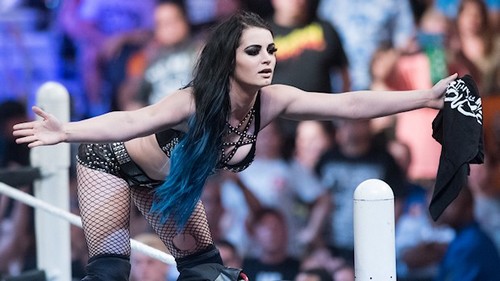 Imagine the electricity in a dark arena filled with more than 80,000 screaming fans, as a dark figure walks down the long ramp towards the ring. The lights come back steadily as he lifts his hat and the crowd erupts in cheers!

Imagine being just a few feet away from that diva who has been your crush since the day you started watching wrestling, and realizing that she looks even more stunning in person!

Imagine a 7-foot, 500-pound giant clearing the ring as one after another wrestler falls prey to his choke-slams and he remains the only one in the ring when it’s all said and done!

WWE is the home to superstars who even though are normal human beings like us, have become myths and legends in our eyes thanks to their gimmicks and muscular strength. When you see them in a setting such as WrestleMania, you feel as you have teleported into a completely different world, filed with intimidating giants, beautiful Goddesses and knights in shining armor who’ll save the day in the end and make everything right again!