Did you know that some dancers use hairdryers to prepare their pointe shoes? And that a principal dancer’s shoe may only last for half a performance? Ballet is often described as a graceful and delicate art form. It is stereotyped as feminine and sometimes even called easy. But there is much more going on than meets the eye in the often misunderstood ballet world. In this article, discover ten astonishing facts about ballet dancers and their craft.

10. Initially, ballet was danced by men 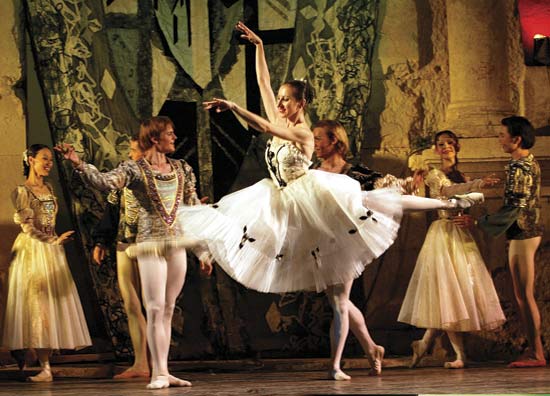 The art form originated in Italian courts in the 15th century. When Catherine de Medicis, one of ballet’s earliest patrons, married the French King Henry II. France became central to its development. For the first few centuries, works were generally performed by courtiers, and professional dancers did not perform main roles. What’s more, most performers were male. The first female principal dancer did not appear until 1681, and only forty years later did women start to rival men’s technique. And although today, ballet is often considered a women’s domain. But, there are still more male than female choreographers and company directors. 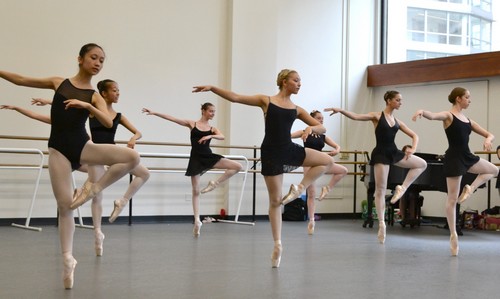 It takes up to ten years to train a professional dancer, and many of those years will be spent taking more than twenty hours of class a week. Dancers not only study ballet, but they must take contemporary and character dance class, learn to partner, and perform short extracts of famous ballets, called variations. And it’s not just the amount of hours that are demanding. According to NFL football player Steve McLendon, ballet is the hardest part of his training regimen. Despite McLendon’s bulky muscles, his dance teacher pushes him to achieve some of this art form’s strength and grace. The mixture of aerobic and anaerobic exercise in a ballet class provides a full-body workout which builds up muscles that are otherwise rarely used.

8. Most professionals maintain a healthy diet 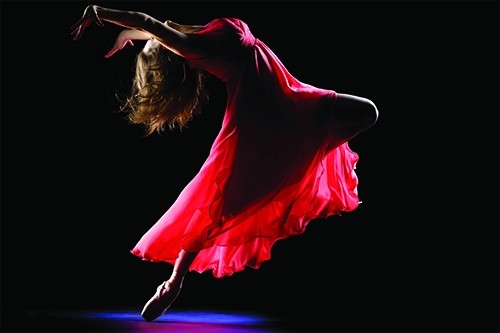 The often cited ideal body type of a dancer includes long, slender legs, a short torso with narrow hips and a lean neck. This has inspired countless young dancers to focus on their weight to an unhealthy degree. However, contrary to popular belief, not many dancers are anorexic. Although aspiring dancers frequently have an unhealthy relationship with food and some may be afflicted with the disorder, this does not apply to most professionals. Companies have been making an effort to employ healthy-looking dancers in recent years. The Royal Danish Ballet, for one, has been known to talk to employees displaying unhealthy eating habits, in an effort to save their careers. In addition, many professional troupes have employed nutritionists along with physical therapists to keep their dancers’ bodies in good shape.

7. Being allowed to wear pointe shoes is a rite of passage 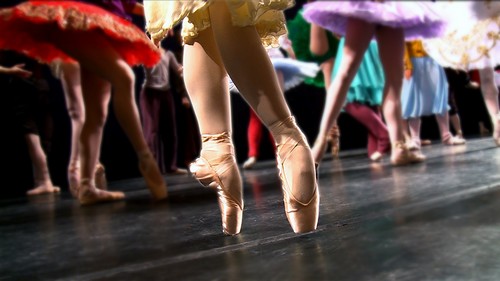 The biggest milestone of an aspiring ballerina is going ‘en pointe’. The graceful act of rising on their toes in the satin shoes inspires many young girls to start ballet. But pointe is not as harmless as it looks. When introduced too soon, a student can risk serious injury. Generally, bones are too malleable before the age of at least ten or eleven, and many experienced teachers decide to wait even longer. In addition, a girl’s technique must be strong enough to safely use the shoes. Exact numbers vary, but most professional teachers agree that two or more years of training several times a week is required.

6. New pointe shoes have to be broken in 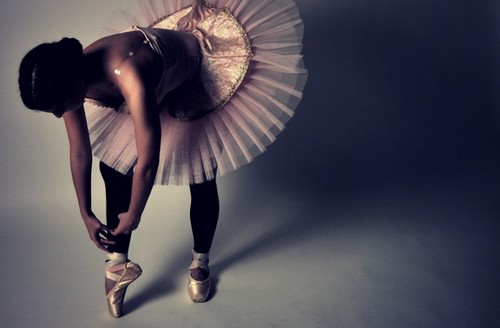 New pointe shoes are very hard and dangerous to dance in. Over many years of training, each dancer figures out how they like to adapt, or break in, their shoes to better fit their foot. Some of these measures are quite extraordinary. For example, some dancers scrape the bottom of the shoe to make them slip less, bang them on the ground to reduce sound on stage, cut out a section of the shank – the inner part of the sole – to make them more malleable, or apply shellac to harden them. One specific brand even requires the dancer to use a hairdryer to melt the shoe and mold it to her foot, then stick it in the fridge to harden.

5. Some shoes only last one hour 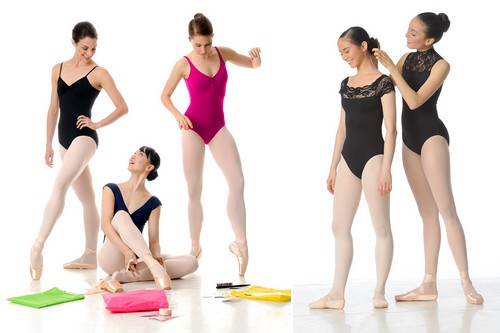 In stark contrast to the elaborate breaking in procedures, professional dancers’ shoes last for a very short time. In one season, which generally lasts for just a few months, a dancer can go through up to 120 pairs of shoes. Since pointe shoes are very expensive, at 60 to over 100 dollars a pair, this is one of professional companies’ major expenses. One company, the Pittsburgh Ballet Theatre, reports spending almost $100 000 per year on womens’ dance shoes alone. Some principal dancers have been known to use several pairs in a single performance, especially if they are dancing lead roles in ballets such as Swan Lake or Sleeping Beauty.

4. The male equivalent of a ballerina is a Danseur 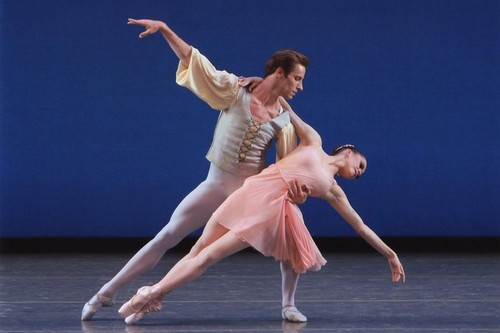 Although much of the emphasis in classical ballet is put on the female dancer, the danseur is just as important. He supports the ballerina in some of the most beautiful and challenging parts of classical repertoire. Many danseurs, such as American Ballet Theatre’s Marcelo Gomes, take pride in being a good partner. This includes both making the ballerina feel safe on stage and ensuring that the lines of her body are displayed in a flattering light.

Meanwhile, most males are forced to fight the stereotype of femininity in ballet. The art form is often perceived by the general public as a woman’s domain. In smaller dance studios, there are usually only a handful of boys mixed in with the girls. Many of these schools do not have the resources or knowledge to train young men adequately, especially when it comes to partnering and some more complicated jumps and turns. That is why many successful male dancers, Gomes included, left their homes to train in prestigious schools at a young age. 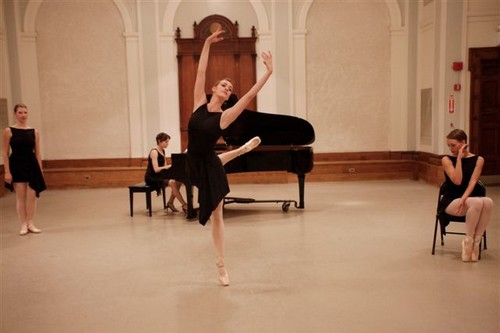 If you think of a ballet company, the accompanist is hardly the person that comes to mind. Yet the pianists play a crucial role, both during daily class and during rehearsals and performances. Since they replaced violinists at the end of the 19th century, pianists have helped to shape young dancers’ musicality as well as accompanied countless rehearsals and even performances. And their job is by no means easy. Not only do they need to be able to play a wide range of pieces at various tempos for every part of class, they must also be fluent in ballet terminology. If a teacher says, “We’ll go from the glissade”, every dance accompanist will know which part of the music to start with.

2. Not all ballet dancers are young 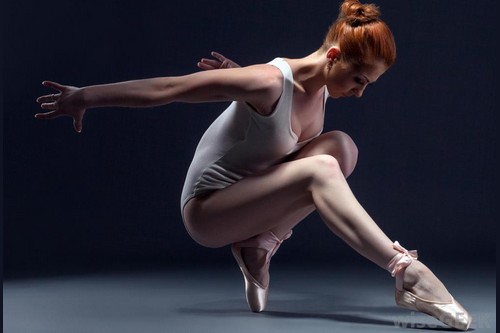 Similar to the way ballet is stereotyped as a feminine art.It is also considered a youthful one. And while most professionals retire between the age of 30 and 40. Some are kept on by larger companies as character artists. These are generally dancers in companies such as London’s Royal Ballet who, during their main career, ranked as soloists or principals. They now perform roles that are less physically demanding, but artistically challenging. A male character artist may for example no longer play the prince in Sleeping Beauty, but he will portray van Rothbart, the evil magician. 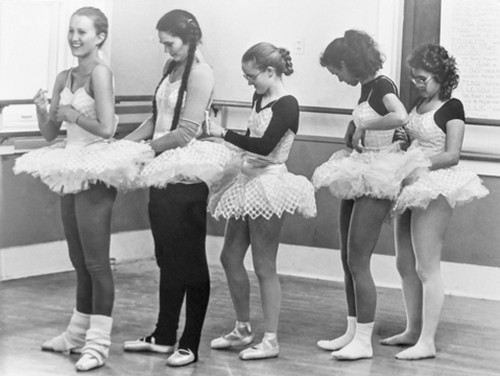 Apart from pointe shoes, a ballerina’s tutu is essential for her performance. It is also a major expense for professional companies, since a single high-quality tutu can cost $2000. But they also last for a very long time – sometimes up to 30 years, and several generations of dancers may wear them. It is traditional for dancers to write their name inside the tutu, so that future performers will know who wore it before them. The top layer of a classical tutu protrudes around 13 to 15 inches out from the hip, but there are over ten additional layers of tulle below this, supported by a metal hoop. Sewing all this tulle to the knickers is extremely time-consuming and scratchy. A single tutu may take 120 hours to make!