English, Russian, Urdu, German, Arabic, Chinese – there is no foreign language for which there is no available self-study course. The self-determined learning has some advantages, and with a few tricks and tips makes learning even a lot of fun.

Learning a foreign language on your own is not a devious idea. Not least for the career. Lifelong learning keeps us mentally fit, new interests are aroused, leisure times can be made ​​useful and the next holiday can be guaranteed with no linguistic disaster.

It is often difficult to find a good language course, because of lack of time for working people and often restricted by budget constraints.

Modern media makes it possible to learn a foreign language at home alone. Using CDs, MCs, computer-based media, movies and textbooks, you can learn almost any foreign language alone provided you are self-determined, self-paced and efficient. With a few little tricks, it is even easier – because the person wants not only to learn, but also be entertained.

This list deals with the simplest methods, to achieve language learning progress with lots of fun. The individual elements are tested in language teaching and learning practice and have proven themselves for some learners / learners more, and for some others less.

Therefore, the individual list items are not ordered by efficiency but by difficulty – the first few tips can be used at the beginning of language acquisition, while the points in the middle of the list require some prior knowledge and the last places of gimmicks are particularly for advanced learners.

This does not mean that you have to adhere strictly to this requirement: Experimentation is important! Because everyone learns differently. 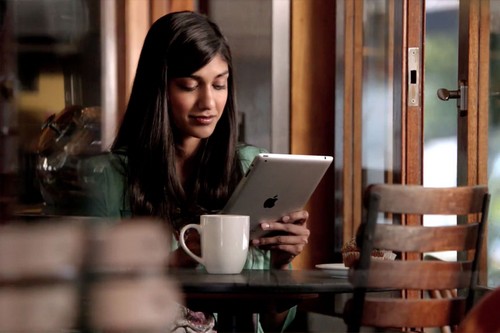 The easiest way to start a foreign language can take place in your everyday life. Everyday things can be named to find their way into the house- this is elementary. If you already know how to pronounce the word in DOOR in Urdu, it is no more required to ask at a hotel in Pakistan after the initial problem, because the word “Where?” is likely to be found in the dictionary quickly.

Attach labels to the walls, furniture, furnishings, and the contents of the linen cupboard – everything important in your house, because everything can be named.

Why this practice helps so much? Because the brain loves repetition. Every time you walk past the refrigerator, the word written on it is a bit further shifted from short-term memory into the permanent vocabulary. 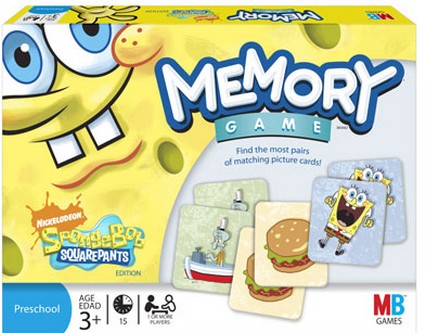 Do you remember how happily you played memory games in your kindergarten? That you have always won against your mother, but lost to Grandpa? Memory games are suitable for language learning. However, there are no ready-made flashcard sets. Proficient teachers have their own cards that they use inside the classrooms with the students.

Download a few funny pictures from the internet (pay attention to legal downloads), or print pictures from your own photo collection. The sunset last night in Crete, the great-uncle with a chocolate beard, the drunken great-grandmother, the postman after the encounter with the neighbor’s new shepherd – everything is appropriate, as long as you can think of an appropriate word or a matching set to do so.

Among the rules: Unlike the classic memory not form two identical cards a couple, but an image and the associated description.

Please really use images and not just write the desired translation, because the human brain works in linking various stimuli (for example colors and shapes along with footer,) in a better way.

For starters, ten pairs of cards should be sufficient, later it may be more, and especially the descriptions used should be complicated. And now you can start acting on it: Play Memory game with the boy next door, the waiter at the Chinese restaurant next door, with your partner, if necessary with the teddy bear.

These cards work well to memorize a foreign writing system. As long as you know your native language’s equivalent of the respective scripts (Chinese, Japanese, Cyrillic, Greek, German, French, Spanish etc.), you can learn reading and writing in the same way as well. 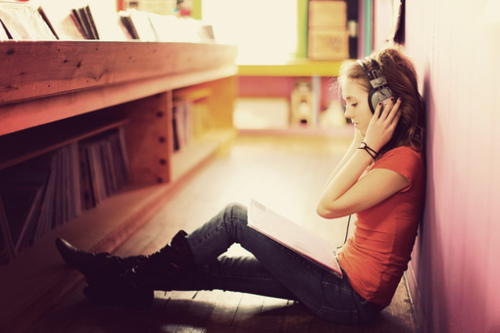 Music invites you to dream. Rock, pop, folk or jazz – it doesn’t matter. And let’s be honest: What do you have to do all day? Tune the radio up and down for the American and UK charts to hear if Italian jazz, French chanson, Brazilian reggae are also available. Music that is sung in languages ​​other than your native or English language, must not be bad, it is just only less known.

Why is it useful to listen music to learn the language? The answer is simple: The human brain learns more easily and effortlessly, when the impressions of different senses interact. Music speaks to other regions in the brain than the written words, which again differs from the words we hear.

The view outside the box. 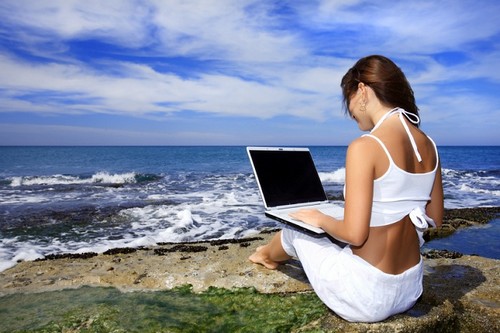 It is important that you research independently. It’s fun to look for information on the Internet, in the library, on television and radio independently under certain circumstances to deal regardless of the language itself with culture and history of a country. The learning effect is enormous because language is just part of a culture such as music, history, art, politics, and other components.

At the beginning is always anyway a rather naive question, which can be very simple for example; why do many varieties of tobacco have a Dutch name? A first answer provide dictionaries and encyclopedias like Wikipedia: Tobacco is grown among other things in today’s Indonesia and Malaysia. One can read in the colonial history of the Netherlands, can find ancient trade routes, read company histories etc. 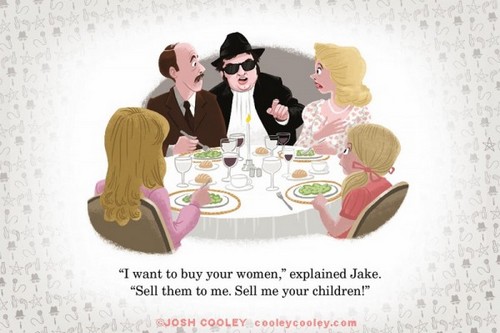 It is difficult to read books in a foreign language and to watch movies. Nevertheless, a certain language level makes sense to venture this challenge.

Public libraries, university libraries, and partly also the bookstores have films and books in many different languages, and they are also available on the Internet.

A good place to start is with children’s books. The language level of four and five year old should be enough for beginners for their  first entry, and after at least one year of learning language a level of understanding movies and books can be achieved in general. Although the topics may not always suit the taste but still might be helpful enough for providing a solid grip on your desired learning language.

Children’s literature and films are designed differently in different countries. Cultural differences also depict on how and what are differences in the use of language and learning. Learning begins when you notice these differences. 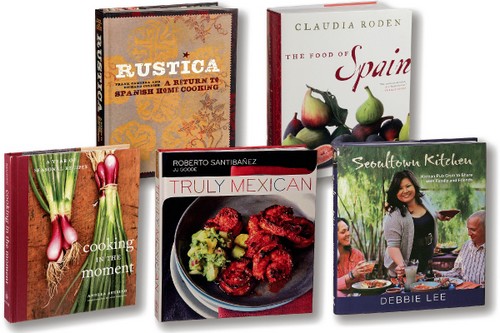 Language learning can also take place with the help of cookbooks. Cooking has a lot to do with creativity, imagination and ingenuity, and if you open foreign ingredients (and a dictionary) it will surely add a benefit to your cooking skills.

Cookbooks in the desired language of learning are easy to find on the Internet, and you can start first by getting used to cooking with a dictionary in hand – it’s worth! The result usually tastes much better than in the pub around the corner.

Foreign cultures have more to offer than just the language: Eating habits are among the most obvious peculiarities of different countries. Just once look into the daily cuisine of another culture, it can be a very special experience.

We can also learn many facts from that, for example In Japan, sushi is eaten rarely (typical stews can be cooked within half an hour), Spanish don’t eat paella daily, and in Greece there are other dishes except mutton, you just have to learn first.

Education and relaxation at the same time. 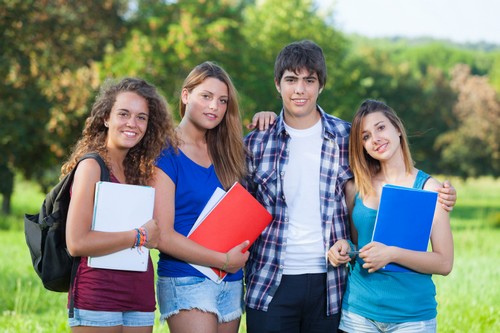 A popular exercise in learning a new language is to allow participants to simulate / inside talking to locals. How do I ask for directions? How do I behave at the doctor? How do I get rid of a complaint?  The fictional conversations serve to build vocabulary and to reduce inhibitions about free speech and are very useful at the same time. But why only practice these things in a language learning course?

Small recreational holidays can prove to be effective if targeted learning language is rehearsed properly.

News from the other side of the world. 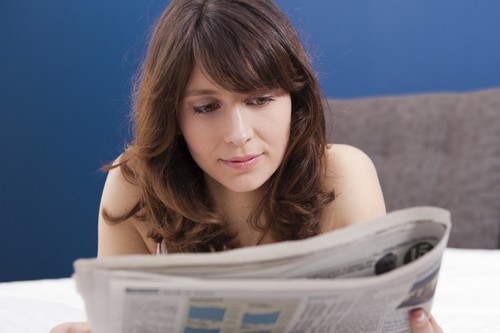 Almost everyone reads news. Not necessarily every day and may not be only one and may be not a printed edition, but an online version as well. For the comparison between a newspaper of your native language and an let’s say French newspaper shows the other end of the world.

Read what interests you. Also, if it should be only the financial part or the gossip column. Newspapers offer authentic vocabulary and language that is used in everyday life. 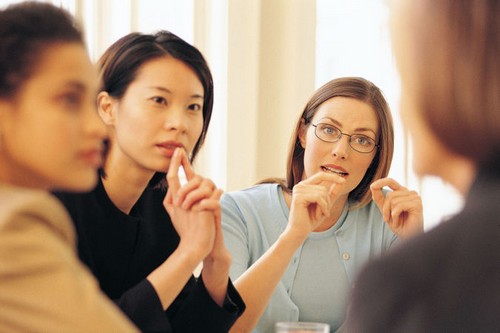 Chinese Restaurants, Greek tavernas, Turkish kebab, Dutch fish suppliers, Vietnamese nail designers and Thai masseuses – if you are looking for people from foreign countries in Europe, then you will find a lot. Go out and try to talk to people in their native language. All the mega cities in world are having their share of foreign residents.

A “language partner” can support a lot while learning the language. Seriously: It’s pretty easy to come up with people from a different culture in a conversation and to build at least a superficial friendship beyond the purely linguistic interest. Show interest in culture and situation of the country , on the country’s cuisine and the language. 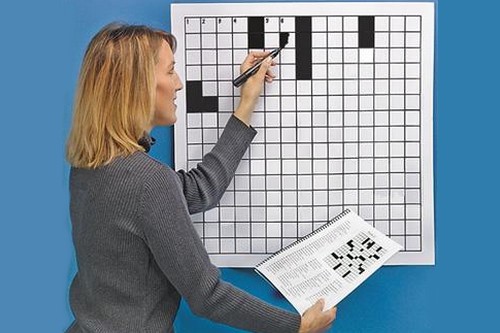 Crossword can be found in every newspaper, in every journal and even in bookstores. They are normally available in local native language.

Why are puzzle books meaningful learning material? Because they animate to the combined thinking in the foreign language. You will quickly realize: If you try to solve French-grid puzzles to think about doing soon in French. Because words of your native language don’t make any sense there. Apart from that you improve your vocabulary and aptitude.