Over the past few year, MMA or Mixed Martial Art competition have become very popular. Like the male counterpart, there are female MMA tournaments too where some of the most incredible women fight it out to win. Here are 12 coolest female mixed martial artists: 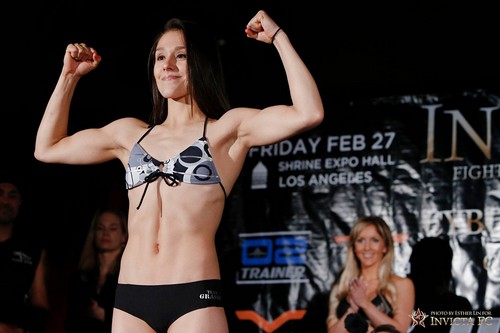 Alexa Grasso is a 22-yeras-old Mexican mixed martial artist who is currently signed with Invicta FC. She made her professional MMA debut in Mexico in 2012. She is hailed as a very powerful fighter from the beginning. In the first eighteen months, she remained undefeated with 5 wins. After a gap year, Grasso made her debut in Invicta FC in 2014 against Ashley Cummins and won. 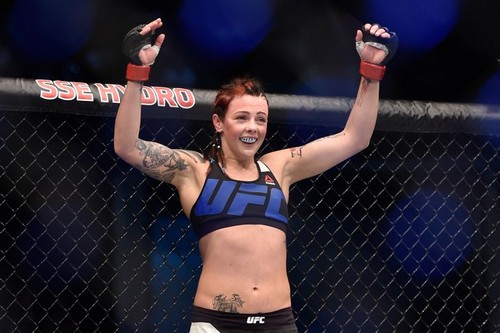 Joanne Calderwood is a mixed martial artist from Scotland. In the official UFC Strawweight rankings she holds the number 7 position. One day while accompanying her brother to his class, she got introduced to Muay Thai accidently. Growing up, Calderwood moved from jobs to jobs and her training suffered until she settled on being dedicated to becoming a fighter. Professionally, she started off in 2000 and by 2009, Calderwood was named STBA Fighter of the year. Currently she competes in the Women’s Strawweight division of the Ultimate Fighting Championship. 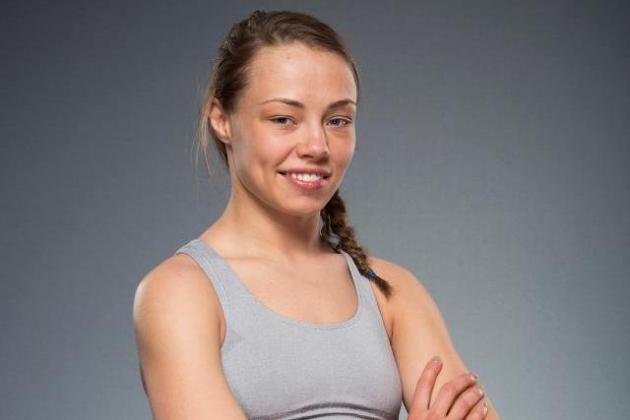 Rose Namajunas is an American mixed martial artist. She ranks number 4 in the official UFC Strawweight. Namajunas has been practising Taekwondo since 5 and by the age of 16, she had learned karate and jiu-jitsu too. She attended the Milwaukee High School of the Arts and trained under Duke Roufus for kickboxing and mixed martial arts. In 2010, Namajunas debuted in MMA as an amateur martial artist. During fighting, she usually makes forward movement, kicks and jabs. She currently competes for the Women’s Strawweight division of the Ultimate Fighting Championship. Namajunas was a runner-up in The Ultimate Fighter: A Champion Will Be Crowned. 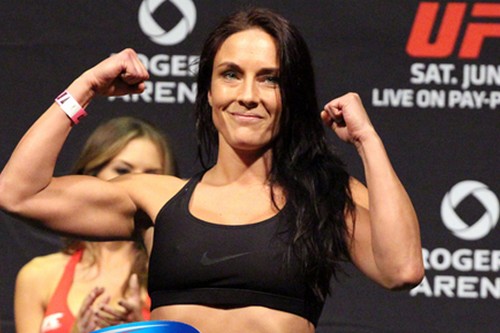 Valerie Letourneau is a Canadian mixed martial artist. According to UFC website, Letourneau ranks at number 9 strawweight overall. She currently competes in the Strawweight division of the Ultimate Fighting Championship (UFC). She debuted in MMA in 2007against Tannaya Hantelman and won. In November 2015, Letourneau is expected to face the current number one mixed martial artist Joanna Jędrzejczyk. So far, in total Letourneau has won 8 fights – 4 by knockout, one by submission and 3 by decision. 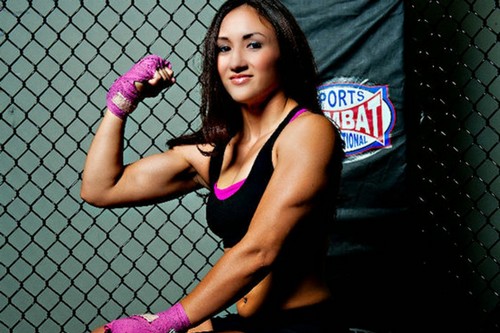 Carla Kristen Esparza is a professional mixed martial artist. According to the MMARising website, Esparza ranks 9th in pound-for-pound female MMA fighter in the world and second according to the Unified Women’s MMA Rankings. When in high school, Esparza started wrestling for the varsity team. She began participating in local and national high school wrestling competitions and won them one after the other. Seeing her talents she was given a scholarship and the opportunity to train under two-time Olympian Lee Allen. Esparza is the first UFC Women’s Strawweight Championship. Among her other accolades there is the Performance of the Night, The Ultimate Fighter 20 Tournament, the first Invicta FC Strawweight Championship and the 2013 Pan-American Jiu-Jitsu Championship Female Blue Belt Silver Medalist. 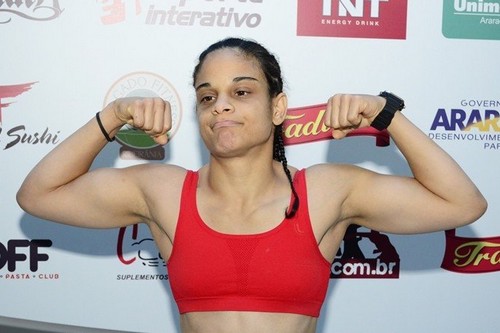 Livia Renata Souza is a Brazilian mixed martial artist. Currently she lies at number 6 position in the ‘fightmatrix’ website. She competes in the Strawweight division of the Invicta FC. Souza is the current Invicta FC Strawweight Champion. Souza went on to win the title in her very first fight just like her former Invicta FC Atomweight Champion and fellow Brazilian martial artist, Herica Tiburcio. In her professional mixed martial artist career, Souza has practically won every fight she has participated in, including PFC 23, XFMMA 26, PFC 24, Talent MMA Circuit 4: Itatiba 2013, Costa Combat MMA, XFMMA 9 and the Talent MMA Circuit 12: Campinas 2014. 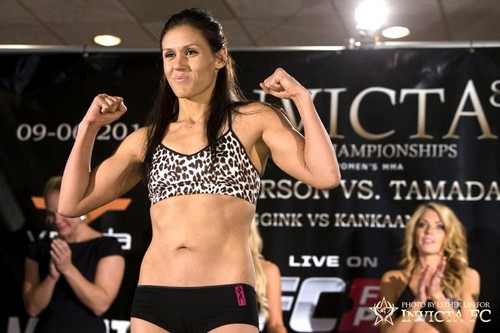 DeAnna Bennett is an American mixed martial artist. In 2011, Bennett had an amateur stint at MMA and eventually made her professional debut in 2012. For the next two years, she competed for the promotion four times and won all the bouts. Then in 2014, she made her debut in Invicta FC and has since then been quiet successful at it. She won the first bout against Michelle Ould by TKO, in the second fight she faced Jennifer Maia and won unanimously. After this, in 2015, Bennett had a stand-off with Norma Rueda Center and won, once again. She currently competes in the Strawweight division. 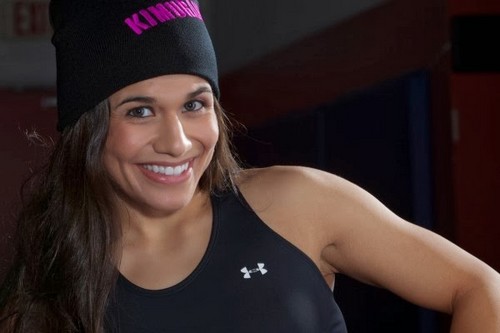 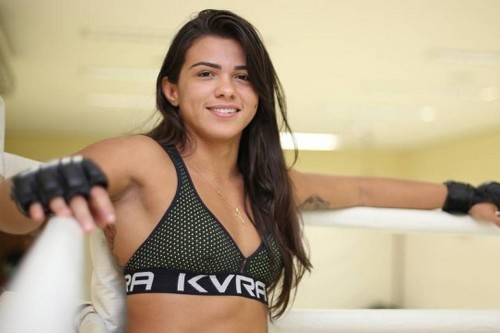 Ana Cláudia Dantas Gadelha is a Brazilian mixed martial artist and is the youngest BJJ black belt in Nova União’s history. As a child Gadelha was very rebellious and got herself involved with drugs and the wrong people. Her parents move her away. Following this one day after watching a female fighter in MMA she decided to give martial art a try. She never looked back. She made her pro MMA debut in 2008. She is three times BJJ world champion, four times BJJ Rio International Open champion, seven times Brazilian Nationals champion and she won the First Women’s Strawweight fight in UFC History. 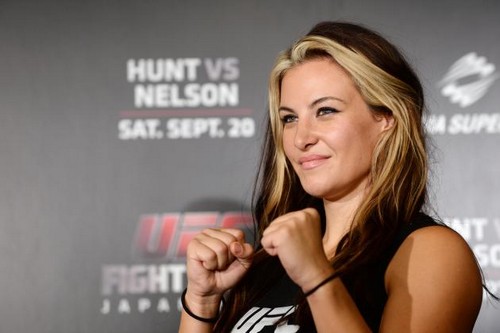 Joanna Jędrzejczyk is a polish mixed martial artists who currently holds number 1 position in Fight Matrix. She came to know about Muay Thai when she was a teenager. Hoping to keep her body in shape, Jędrzejczyk began training and eventually started entering competitions. She was later trained by kickboxers Ernesto Hoost and Paul Slowinski in Muay Thai. She won the world championship six times and the European champion four times. Jędrzejczyk was signed with the Ultimate Fighting Championship (UFC) in 2014. In professional kickboxing Jędrzejczyk holds a record of 27 wins and 2 losses and a record of 37 wins against 3 losses in amateur kickboxing. 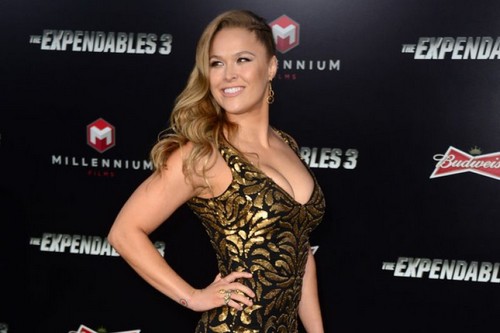 Ronda Jean Rousey is a mixed martial artist from America. Having won all twelve professional fights, she is the current reigning undefeated in mixed martial artist. Rousey is the first and reigning UFC Women’s Bantamweight Champion. She is also the Strikeforce Women’s Bantamweight Champion. In the 2008 Summer Olympics Rousey became the first American woman to win an Olympic medal in Judo. Currently she hold the number one position in the 50 Most Dominant Athletes Alive.