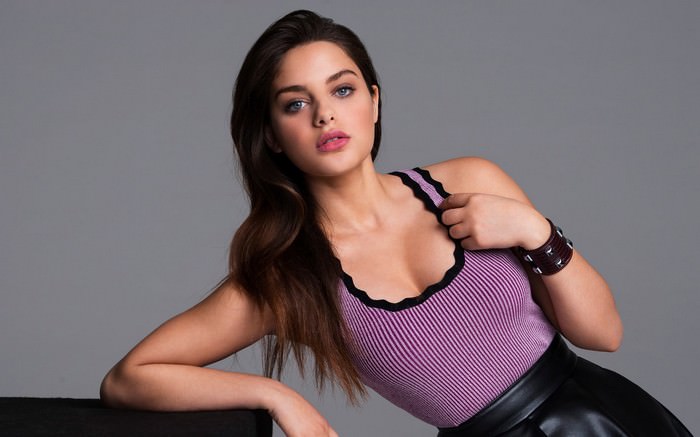 Who are most beautiful Israeli women? Israel is known for the Jerusalem City, Sea of Galilee, Masada, Tel Aviv and also its gorgeous women. Israeli women are known for their distinctive eye color, sharp facial features, and exotic looks. They are considered to be amongst the prettiest girls in the world.

Beauty, however, does not just suggest that a person has an attractive face and body it also means they are more independent, friendlier, and intelligent. And these are the qualities that all the women in this list possess, and at the same time, they are drop dead gorgeous. Below is a list of top 10 most beautiful Israeli women. They’re also some of the hottest women of the world from Israel.

Most Beautiful Israeli Women – The Top 10 Hottest Women of Israel:

This gorgeous brown-eyed beauty was born in 1977 and just at the age of 15 she participated in “Miss Beer Sheva”. Soon after she became a model and in 1995 her beauty made her the runner-up in the Miss Israel contest. She then was third in the Miss World pageant in South Africa and this earned her worldwide recognition. Bohadana was a part of many Israeli catalogs and commercials before she got a chance to play a chief role in the film Eskimo Limon (in the year 2000). She even has produced a TV show called Good Girls.

Noa Tishby is a singer, model, and actress. She was born in Tel Aviv and got married to an Australian media personality, Andrew Gunsberg. In 2015 Tishby gave birth to Ari Ford Tishby Hinkle, her son, who has clearly inherited her good looks. Noa is the member of the Israeli Consulate Speakers Bureau, The Israeli leadership Council, and the American Israeli Public Affairs Committee, which clearly speaks of her intelligence. Tishby has been a part of many films including The Island, Skeleton Man, and the Ghost of Girlfriend’s Past. She also is a successful singer and attended the Tel Aviv National Museum of Art before she became a model.

Gal first gained the attention of the media when she won the Miss Israel pageant in 2004. She then became a very successful actress and model in Israel. She has done photo shoots for magazines including Maxim. Gal started her acting career from a TV series called “Bubot” and soon after she became internationally popular after appearing in big budget films like ‘Date Night’, ‘Fast and Furious’, ‘Fast Five’, ‘Batman’, and ‘Knight and Day’, and so on. Recently she played the ‘Wonder Women’ which won her great appreciation and a huge fan following. Her next film ‘Justice League’ also did pretty well. In addition, she’s one of the most desirable women in the world.

Born on October 20, 1983, Alona Tal became popular for her work as an actress and singer. Unlike various other actresses who first opted for modeling Tal served in the Israel defense before she took to acting as her career. Her first release was a children’s musical video and thereafter she appeared in many commercials. Also, her first big break was the Israeli movie Iihiyotkochav, and after, that she was a part of 2 Israeli TV shows. Her dream came true once she moved to New York and landed a role in Veronica Mars.

Odeya Rush looks no less than an angel. Her dark hair and big blue eyes will make anyone wonder if she is a human or some demi-God. Rush is a popular face in the Israeli industry and has done many television series as well as movies. She is known as one of the most beautiful actresses in the Israeli film industry. Some of her well-known works include ‘Mother of Christ’, ‘Passion of Christ’, and ‘Law and Order’. Odeya loves playing roles in Christian oriented films.

Ayelet is popular for her alluring eyes and seductive smile. She is a famous television and movie actress in Israel. Her fans love her for her great facial features and perfect body. Her wavy, long and dark hairs also help make her look all the more attractive. She made her television debut with ‘Inyan Shel Zman’ in 1991. She even has been a part of the Steven Spielberg’s movie ‘Munich’. Her other best works include ‘Fugitive Pieces’, ‘Vantage Point’, and ‘Adam Resurrected’. Also, she’s one of the top 50 most beautiful ladies of all time.

Atias, the former Miss Israel was born in Haifa, a northern Israeli city. She began acting at the very tender age of 15 by being a part of “Out of Focus”, a youth TV series. After she could not serve the Israeli Defense Force because of meningitis she pursued modeling at the age of 17 and became a model for Roberto Cavalli. Moran is at No.4 among the most beautiful Israeli women. She is talented beauty as well as gorgeous. Moran has been a part of many films including The Next Three Days, Third Person, A Stand up Guy, Crazy Eyes, and Land of the Lost.

Portman’s real name was Neta-lee and she was born in 1981 in Jerusalem. She graduated from the Syosset High School in Long Island in 1999. Also, graduated with a degree in psychology from the Harvard University in 2003, which shows that together with a good actress she is also well-educated. She first appeared in the film ‘Leon: The Professional’ in 1994 and then changed her last name to “Portman”, which is her grandmother’s maiden name. Portman appeared in Star Wars’ Prequel Trilogy. She started enjoying mainstream success in the years 2006 – 2009 and has won many awards like BAFTA Award, Golden Globe Award, and Academy Award. Portman is one of the most successful as well as hottest Hollywood actresses.

This Brunette beauty has one of the most attractive smiles. She dresses elegantly and because of her perfect body type can pretty well carry anything perfectly. Her nails are always designed and styled beautifully and this is something that never goes unnoticed not even by the media. Michal is a popular Israeli actress and has starred in many television series during the starting stage of her career. Some of her famous works include ‘The Day We Met’, ’88 Minutes’, ‘Pour Sacha’, and ‘Neshika Bametzach’.

These are just the top 10 most beautiful women of Israel and if we continue listing it will go on and on, and you will yet not get tired of learning about these beauties. Israel undoubtedly is a beautiful country and the beautiful people that reside here helps make this country all the more appealing. Hope you enjoyed our list of most beautiful Israeli women.