Nowadays, everyone wants to fit into the society and for that, they are ready to do anything. People get gym memberships to get a perfect body, they visit salons to look great, and some people even opt for cosmetic procedures to look younger and more beautiful. However, there are also some people who have to stay being the way they are, and it is not the question of some scar, or graying hair, fine lines, or other skin issues, it is about extra body parts. There actually are people who are born with extra body parts and attract that extra attention wherever they go, whether they like it or no. Let us get to learn about 10 people with extra body parts right away. 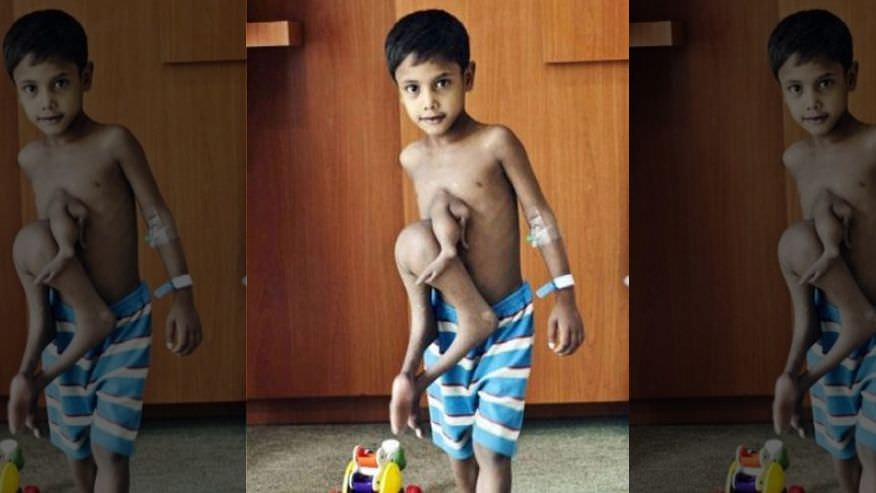 Deepak Paswan, a boy from India, was leading a childhood that was not at all easy. He was born along with the legs and arms of his underdeveloped twin that was growing out of his chest. Many children would bully him, and Hindu pilgrims would visit his place to worship him, believing him to be an incarnation of Lord Vishnu, who is usually depicted as having additional limbs. However, in 2010 a charitable hospital in Bangalore agreed to perform a surgery on him worth $78,000 that too free of cost. This surgery would give Deepak the chance to live a normal life. The surgery was successful and today Deepak leads a normal life like other boys of his age. (source; foxnews)

Dan Azire, a man from Danbury, Connecticut, has a unique condition which is known as hereditary exostoses. This caused him to grow about 92 bones apart from the usual 206 bones that everyone is born with. 42 bones were removed after many surgeries in 2010, and some of them were as big as a TV remote control. The surgeries that he went through had their share of consequences like in his teenage years he suffered from severe numbness in one leg. He passed his condition to his children as well but they do not have any significant issues with it. 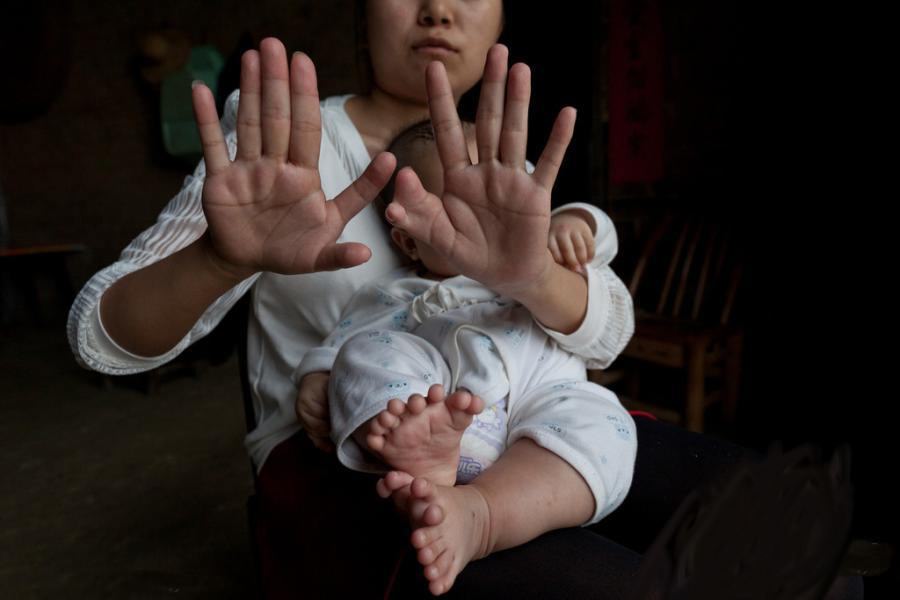 In the year 2016, a boy named Hong Hong was born in Hunan province, China, with 16 toes and 15 fingers. He was diagnosed with polydactylism, an inherited condition that affects only one in every 1,000 children. Even his mother suffers from this condition and has six toes on each foot and 6 fingers in each hand. When she conceived she thought her baby too may get affected, and that is exactly what happened. However, after managing to raise $30,000 through funds, Hong Hong’s family was able to opt for a surgery 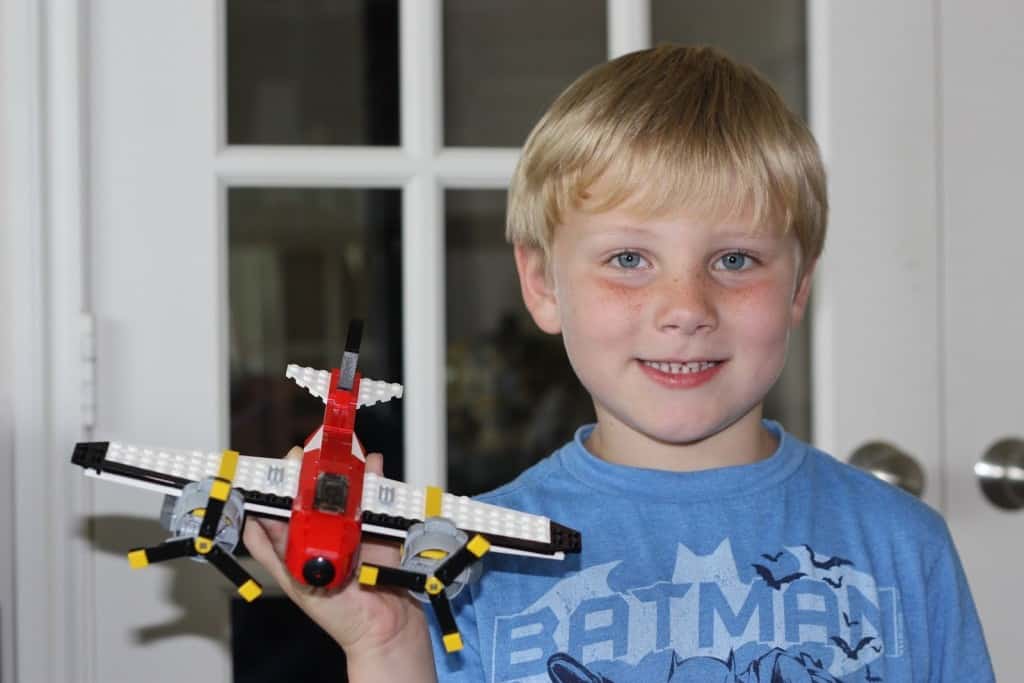 If a person has 3 organs of which they should have 2 then that can make them feel uncomfortable. If they have 4 then that is very unusual, but what if they have 5, and that too kidneys? Brigham Nordstrom, a New Zealand lawyer, at the age of 28, went to the hospital when he suffered from some kidney infection, and it is then that he learned he had 5 kidneys. He is the only person ever known to have these many kidneys until now. He was advised not to get them removed as it then might affect his nervous system. So, he lives with them and is absolutely healthy. 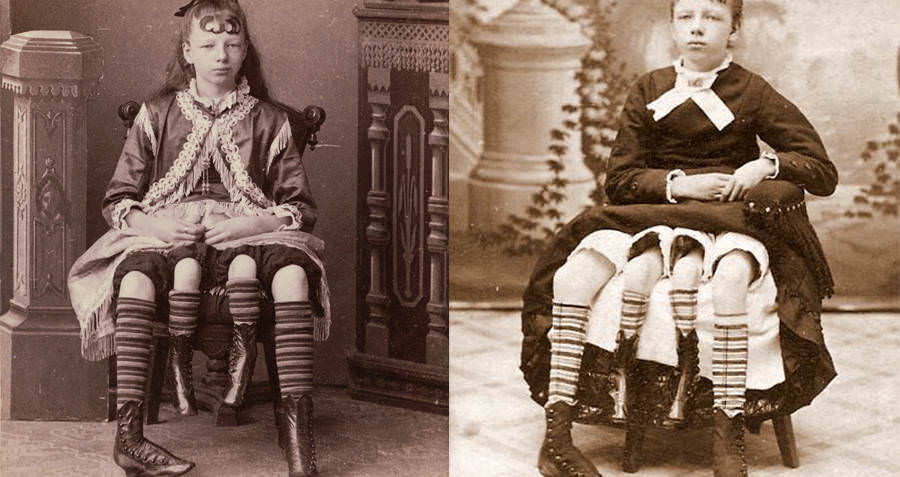 In 1888 a baby girl was born with dipygus, a congenital deformity, because of which she had two separate pelvises, located side by side, and an extra pair of legs. Next to her stronger outer legs were her smaller inner legs. Myrtle could easily move the inner legs as she did her outer ones, but she could not walk using them. Despite some medical problems Myrtle gave birth to a son and four daughters. She died at the age of 60 in 1928. 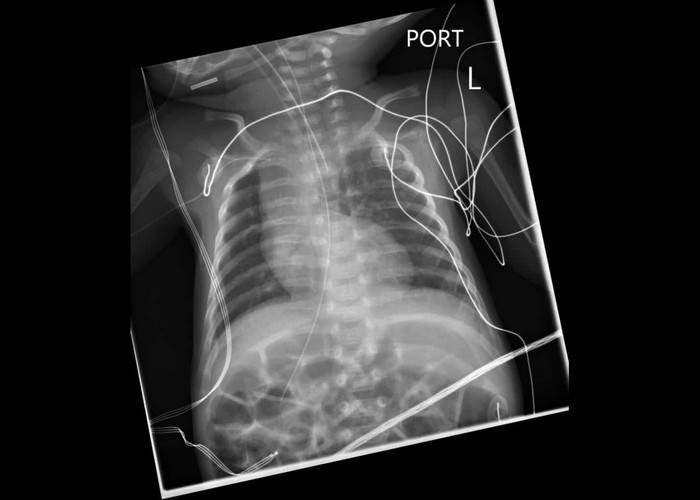 Ivemark Syndrome can cause such bizarre physical problems that it is hard to believe that they are true. Bethany Jordan from Stourbridge, England, suffered from this condition, because of which her stomach developed on the wrong side, she had misaligned liver, and her heart was also out of place and if she would extend herself you could see her heart beating in her back. She had two left lungs, and five spleens, which people just have 1 of. 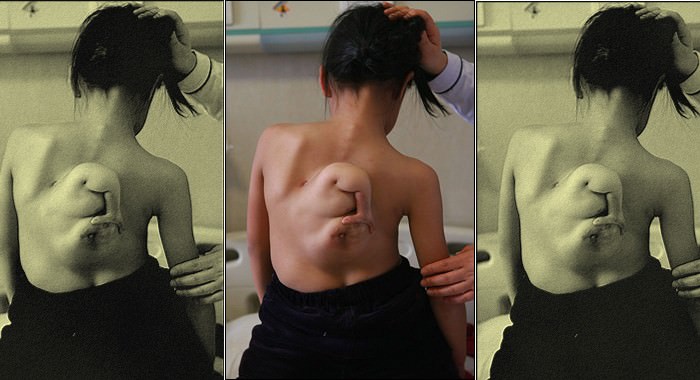 Yin Xin from China, just like Deepak Paswan, had to suffer because of the growth of her unborn twin connected to her body. When she was born it was seen that she had a small arm growing from her back, but with her growing it grew as well and began gaining the shape of a human with fingers, a stomach, and also a breast was noticed. By the time Yin was 11, half of her back was covered with the underdeveloped fetus. Her parents saved for the operation and in 2007 the fetus was successfully removed. 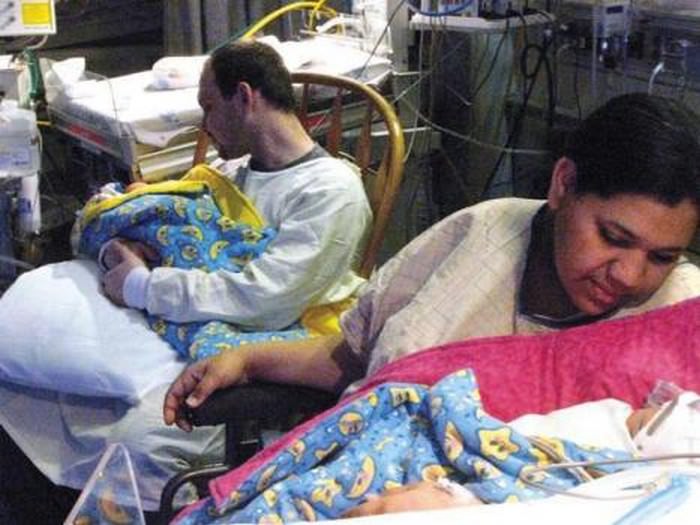 Female embryos generally develop with a pair of reproductive systems, like 2 vaginas, uteruses, etc. However, they merge during gestation, but in some cases, something interferes with the process and results in a condition known as uterus didelphys. Sarah Reinfelder had an unusual case in 2009 as she had two uteruses and both of them were functional. When she was pregnant with twins, both had a uterus to gestate in. Though she was on birth control and it was said that her uteruses overrode these drugs by creating more hormones than could be counteracted by the birth control, she later said in an interview that she was glad that both her children were born without any health issues. 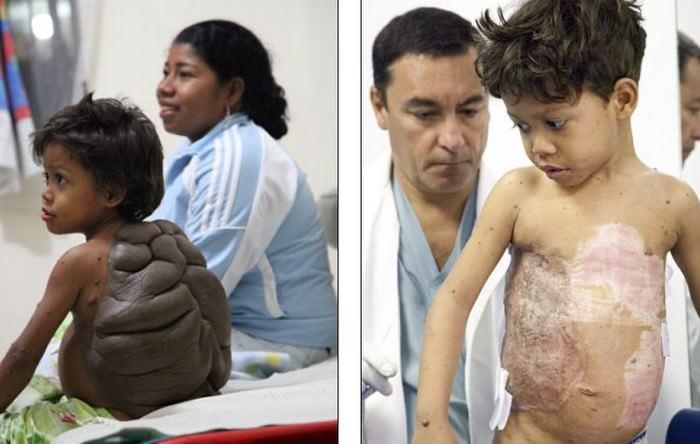 Skin moles are very common, but the mole that developed on the back of Didier Montalvo was so huge that it looked like a turtle shell. Born in 2006 in Colombo, Sri Lanka, this boy had to go through a lot as most people residing in the city refused to interact with him or his family as they thought he was cursed by some evil spirit. Fortunately, however, the boy was taken to the United Kingdom a few years ago for a surgery that could offer him a happier life. 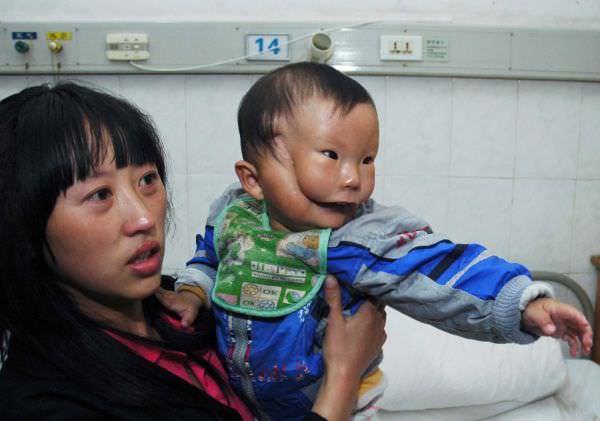 You must have heard about people being double-faced, and this is not just a saying. This can happen in real life, and Kang Kang is a living example. This kid was born with one face sitting on top of another. And certainly, this is one of the weirdest cases of extra body parts that is so clearly visible.

A wonderful woman having two vaginas. Hazel Jones shared her story of having two vaginas when she appeared on the British talk show This Morning. She did it so, she could spread awareness of her condition shortly after doing an AMA thread on Reddit. Her condition led her to get multi million dollar offers to to appear in a pornographic video. But, she rejected the job offer, although she was fine posing for the explicit magazine, Bizarre.

Though these cases are so strange, difficult to believe, nonetheless, they are true. Most of us are so dissatisfied with our appearance and keep on complaining. However, these cases only show we should be thankful for the way we have been created, as many people have to suffer a lot.