We as human beings tend to make excuses when it comes to pursuing our dreams or simply getting a job done even when circumstances favor us. But there are people who challenge the odds, turn circumstances to their side and redefine success. There are umpteen number of stories about people who were born with disabilities or fell victim to circumstances or faced an accident but that didn’t stop them from making a mark in their respective fields and motivating people around the world. Their stories are touching, nerve wrecking and encouraging . We have compiled for you 10 highly inspirational stories of successful people with disabilities. 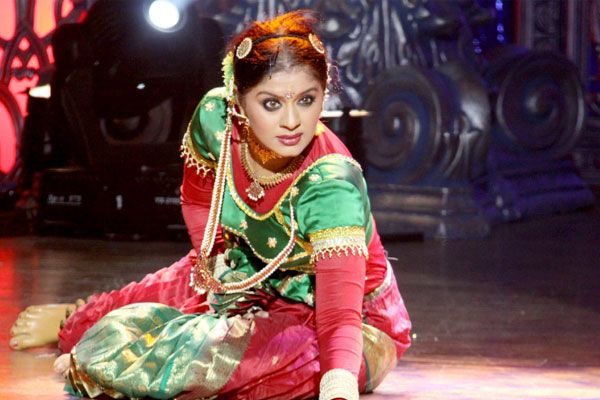 Sudha Chandran is an accomplished Indian actor and dancer. She is a renowned Bharatnatyam dancer who started performing from the tender age of three. She met with a bus accident on her way to Trichy. Although her wounds were not major, since she was not attended on time, the cut on her right ankle resulted in her foot getting gangrene. Her foot had to be amputated to prevent the infection from spreading the body. Her dreams of dancing seemed to have shattered. But she didn’t lose hope and got an artificial Jaipur leg. Though it took her three years to walk normally, dancing seemed a distant dream. She never lost hope though and was ready to perform once again. On her first performance post the incident, she mesmerized the audience with her performance and courage. She was reported in the newspapers with the one who “Lost a foot but walked a mile”. Later, she was offered to play the lead role in a movie based on her own life for which she won several awards. She also became a well known face in the Indian television and film industry. Her life is an inspiration and she is one of the very successful people with disabilities who made a big mark from herself. 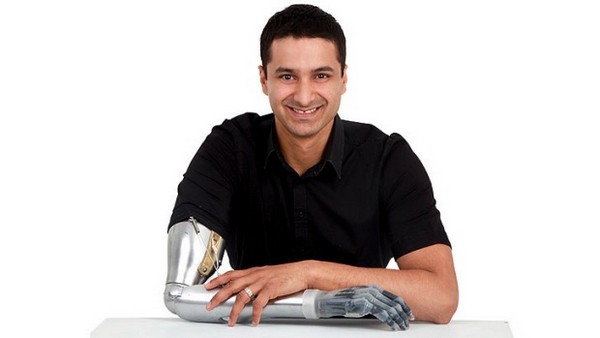 Sam Cawthorn is a Australian motivational speaker, author and life coach. He won the “Young Australian of the year“ award in 2009. In 2006, he met a fatal accident which was a head-on collision of his car and a semi-trailer. He was pronounced dead. His heart stopped for three and a half minutes. After recovery he faced severe injuries including the amputation of his right arm above the elbow and severe damages to his right leg. He was pronounced handicap and was told by doctors that he will have to spend the rest of his life on a wheelchair. However, in these moments of disparity he remained positive and motivated. With his sheer will and determination he recovered soon. He believes that “It is your decision and not condition which determines what you are ” His prosthetic arm is programmed with his IPhone 5. He is a musician too and plays guitar. He is one of the few artists in the world who can play the guitar with an above elbow amputation. He is the author of various motivational books. He does charity work with his foundation “Cawthorn foundation” in developing nations. 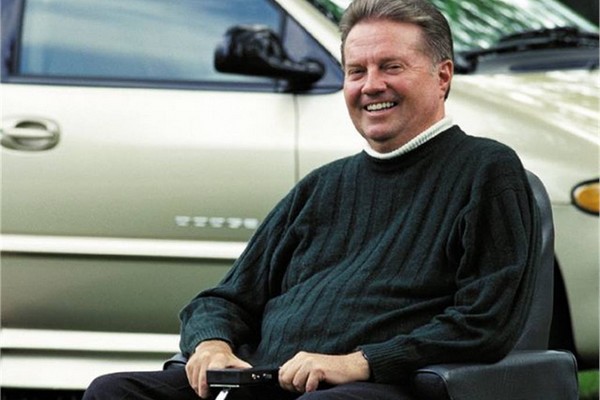 Ralph Braun born in Indiana, USA was the CEO and founder of Braun Corporation. Braun Corporation provides commercial wheelchair and accessible vehicles and other equipment for individuals with disabilities. He was diagnosed with muscular dystrophy when he was six years old. He created motorised scooter at the age of 20 to help him move around without any difficulties or support. He also created the first wheelchair accessible van equipped with platform. He started his firm, Braun Corporation, known as Save the Step initially which focused on building moving vehicles accessible by wheelchairs. Braun through his innovations and creative thinking revolutionized the mobility of people with disabilities. He not only is one of the successful people with disabilities but he also happens to be the one who innovated to help such differently-abled people. Braun was named a “champion of change” in 2012 by the US government. 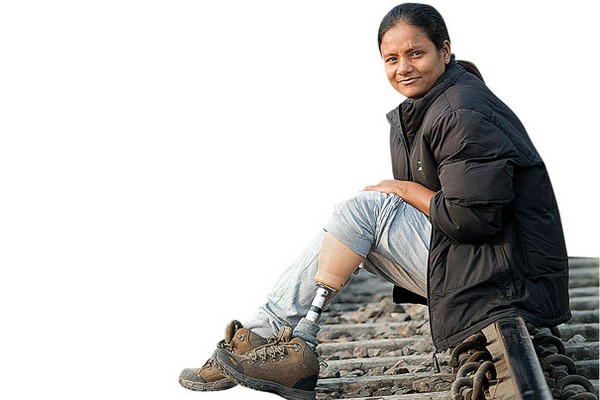 Arunima Sinha is the world’s first female and India’s first amputee to climb the Mount Everest. She is also a national level volleyball player. In an unfortunate accident, while on a train she was pestered by some miscreants and was thrown by them out of a moving train on tracks when she tried to resist their action of snatching her gold chain. As she lay on the tracks  49 trains passed on top of her. In such a dilapidated condition, she was admitted to the hospital where her leg was amputated and a rod was inserted in the knee to hold the bones together. Her story became a media sensation and she became the scapegoat of criticism and rumors . It was then that she decided that she had to do something to prove that she was right. She decided to climb the Everest. The decision was ridiculed at first claiming her to be medically unfit for such a pursuit. But she was determined to do what seemed impossible and with her determination, training and will-power, she conquered the highest point on the Earth which is a difficult task for people with high fitness levels too. To quote her, “Failure is not when we fall short of achieving our goals. It is when we don’t have goals worthy enough.” 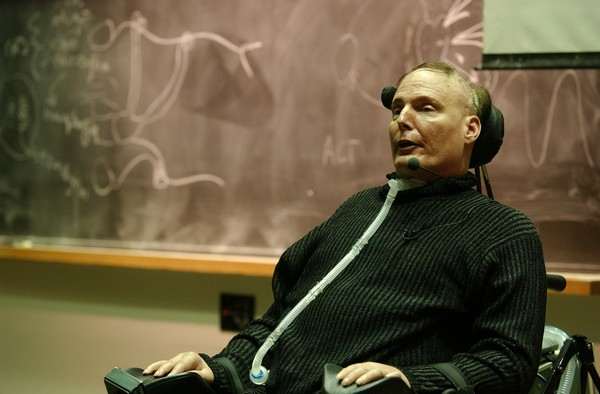 Christopher Reeve was an American actor, director, filmmaker and activist and one of the noted successful people with disabilities. He is best known for his role as the comic book superhero, Superman. While filming for a movie, he fell down from a horse which resulted in a cervical injury paralyzing him from down his neck. After discovering that he wouldn’t be able to move a body part again, he became suicidal. But with the love and support of his family and his determination, he decided to recover. He went to Israel which then had very good facilities for stem cell research and research in spinal cord injuries. After traveling through Israel and meeting patients, he decided to use his name to inform the world more about spinal cord injuries. He appeared at award ceremonies and traveled through the country to inform people about disabilities and encourage the disabled. For his extensive work for the disabled, he was elected as the Chairman of the American Paralysis Association and Vice Chairman of the National Organization on Disability. To continue his research on spinal cord injuries and to help others he founded the Reeve-Irvine Research Center, He created the Christopher Reeve Foundation to improve the quality of research and help people who couldn’t afford the treatment. 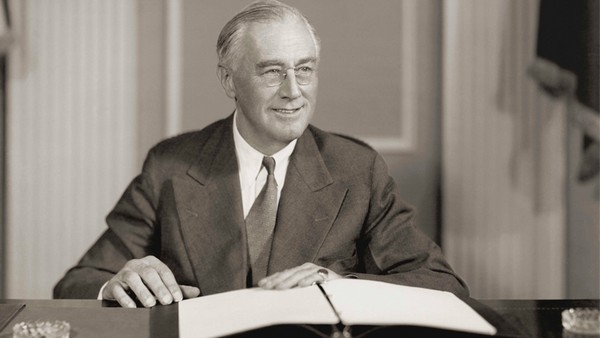 Franklin D Roosevelt was a American lawyer and politician and also the 32nd President of the United States. While vacationing in Canada in 1921 (before he became the President) he was diagnosed with polio and was paralyzed from waist down. This however did not deter his will of running for the office. He took various therapies including hydrotherapy for curing polio. During his campaign he made sure that his disabilities were not highlighted by the press. His abilities were acknowledged by the US citizens and he was voted as the President. He introduced various economic reforms and also led US through the second world war. He was one of the successful people with disabilities who founded the Roosevelt Warm Springs Institute for Rehabilitation and the National Foundation for Infantile Paralysis to help treat people from paralysis. 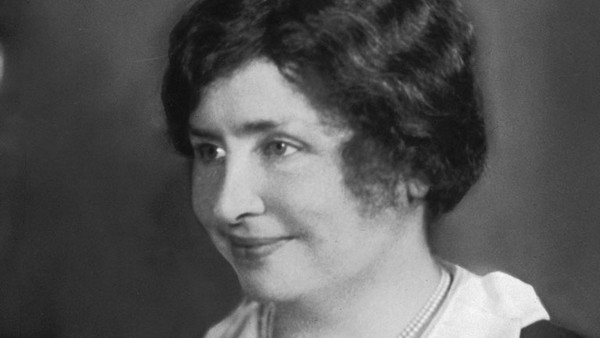 Helen Keller was an American author and political activist. Although born as a normal child, at the age of one and a half years, she developed an acute disease which left her deaf and blind. She was assigned a teacher Anne Sullivan by the director of Perkins Institute for the Blind. Anne Sullivan became a mentor and life long companion to Helen and taught her to communicate. With her strong determination, knack for learning and with the help of Anne, she graduated from graduated from Radcliffe becoming the first deaf blind person to earn a Bachelor of Arts degree. She very soon learned to speak and started delivering lectures. He listened to others by placing her hand on their mouth and figuring out the words. She also learnt braille and sign languages. 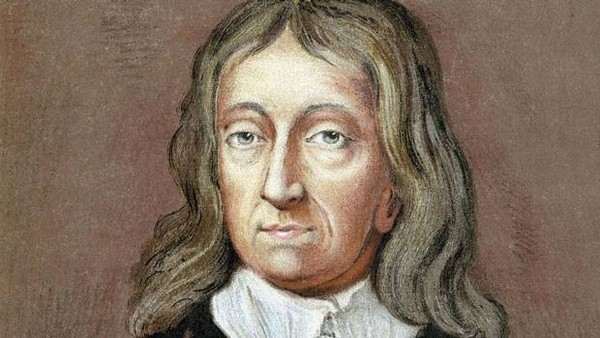 John Milton was a noted English poet and one of the successful people with disabilities. He traveled extensively and that reflected in his works. Regarded as one of the most prominent English poets, his best and most noted work was “Paradise Lost”. His eyesight was declining for years but in 1654, he became completely blind. Interestingly, his most acclaimed work. Paradise Lost was written post this. He had strong views on politics and advocated freedom of speech and press. He was a role model and an inspiration to a lot of people and an example of someone who was not deterred by a physical ailment but continued to deliver his best works even after the crisis of his life. 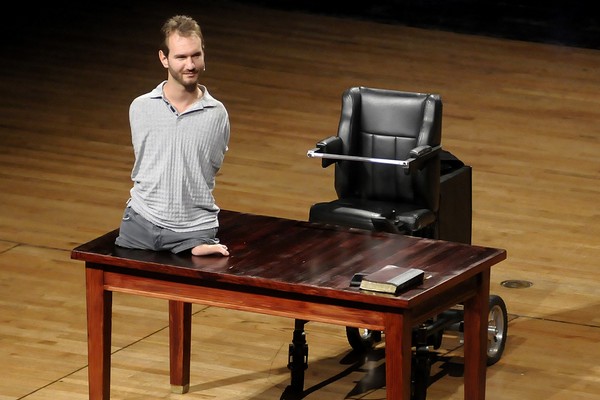 Nicholas James is an Australian motivational speaker born with a rare condition called the Phocomelia which is the absence of limbs; both hands and legs since birth. Ever since he was a child, he was the object of bullying at school and was demotivated. He however came to terms with the fact and started functioning independently. Despite all this, he graduated in Commerce with specialization in financial planning. Today he is a world renowned motivational speaker who aims at instilling hope in people helping them to fight their oddities. In 1990 he won the Australian Young Citizen award and he continues to inspire people throughout the globe. He is definitely one of the successful people with disabilities of our times. 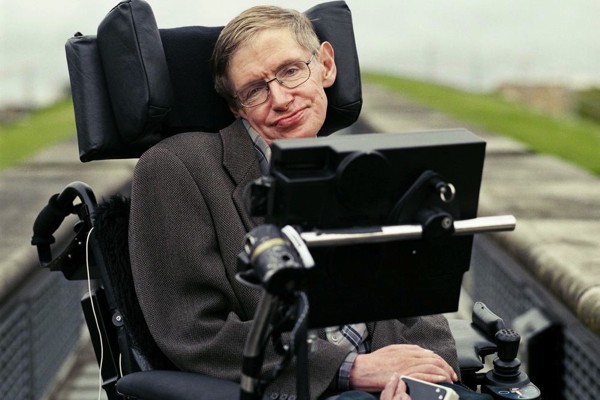 Stephen Hawking is a world renowned English Physicist and author. His noted works and thesis encompass the area of black holes, many-world interpretations, cosmology, gravitational waves, quantum mechanics and general relativity. His most noted book “A brief history of time” was a best seller. He is afflicted by a rare condition called the amyotrophic lateral sclerosis (ALS) which steadily has paralyzed him over the years. He now communicates using a single cheek muscle attached to a speech-generating device. His physical condition has never stopped him from achieving laurels and sharing ideas with the world. His long lists of awards and achievements include the Albert Einstein Award, Albert Medal and Presidential Medal of Freedom to name a few. With the laurels and achievements under his belt, he is undoubtedly one of the most successful people with disabilities and a role model to many.