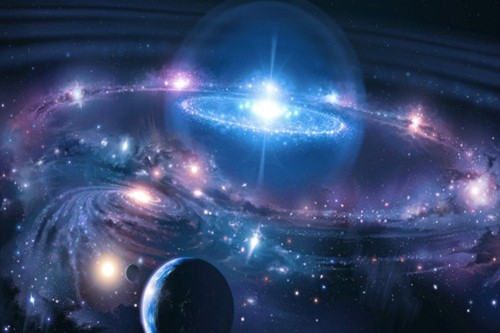 Existence of was actually first anticipated by Albert Einstein many years ago. After about a century of anticipation, gravitational waves, ripples in the fabric of space-time has finally been discovered. But why is this breakthrough so important. To answer that, here are 10 facts about the gravity waves:

10. The Possibility of Time Travel 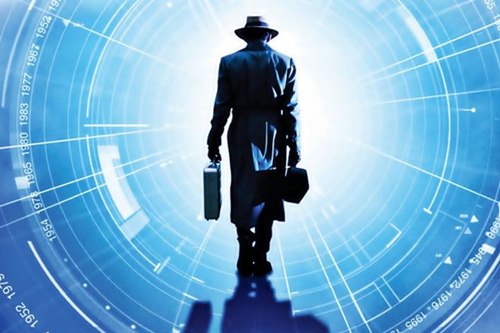 Sci-fi fan-boys across the globe collectively wet their pants when gravitational waves were confirmed to indeed exist. What made them so happy about it is that there is a part of Einstein’s special relativity equation which relies on the existence of gravitational waves to make time travel possible. The scientific community was quick to point out that we are still a long way off from travelling through time any faster or slower than 365 days per year however with Einstein’s knack for being correct it may just be a matter if time.

“There is still a lot out there….” said the chairman of Princeton University’s astrophysics department. “But general relativity equations are telling us that they (negative mass particles and stable wormholes) would permit time travel.” He goes on to say that true time travel may still be well outside of the realms of human understanding however general relativity will be essential if that discovery is made. 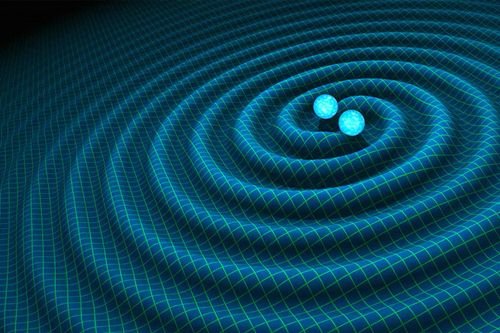 Among the significant facts about the gravity waves is the confirmation of locality. Locality is a theory in physics which states that “what happens here is affected by what is happening nearby rather than what is happening far away.” This seems obvious enough in the Quantum Age however in Newtonian times it was generally accepted that gravity did not behave that way. Newton’s explanation of gravity’s behavior was that the effects of an object’s change in mass would cause changes in the gravitational force across the universe instantly. Einstein’s problem with this theory is that it would mean that gravitational waves move faster than the speed of light. Newton particularly disliked this theory because it would mean that the force of gravity is able to propagate without a medium such as air. He ultimately left a pin in this theory and left it to the discretion of his readers.

8. Twins of the Universe

The merger of two black holes into a super-massive black hole is something that has been theorized but never actually proven until a pair of scientists and their super-sensitive equipment found evidence that such an event happened 1.3 billion years ago. The question of how those two black holes got close enough to merge is another question and a prevailing theory is that they were born from the collapse of a single star: the stellar version of a mother giving birth to twins. Black holes are formed when a star explodes in a supernova explosion. There previously had been no evidence of whether one supernova could birth two black holes however with the new data given to us by analyzing gravitational waves new theories such as these can be investigated.

7. A New Way to View the Universe 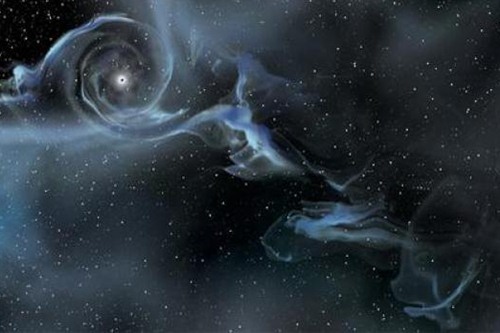 With humanity now able to detect gravitational waves, scientists have a completely new way to study the universe. Being able to detect gravitational waves directly is akin to a blind person suddenly being able to see. This new sensory input opens up a new dimension of ways to interact with the universe which is by far one of the most important facts about the gravity waves.

Until now scientists’ ability to examine what happens in the depths of space has been limited to analyzing electromagnetic waves such as light and radio waves that travel across the cosmos. This method of analysis is limited as black holes do not emit light and if EM waves come close enough to a black hole, they bend the waves. Gravitational waves are immune to this problem and so scientists are now able to analyse data that comes directly from black holes. 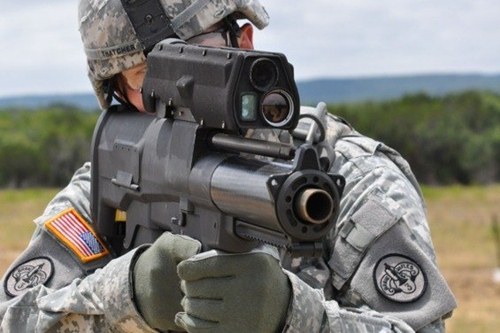 Humanity loves weaponry. We don’t know if that’s a good thing but it’s definitely among the top facts about the gravity waves that everyone should know. With every new discovery that is made in the world of science one of the first things that we ask ourselves is ‘can we weaponise it?’ Thankfully astrophysicists have been quick to point out that the idea of using gravitational waves to propel interstellar craft is absolute rubbish and the idea of turning them into weapons is just as laughable. But that did not stop the United States Defense Intelligence Agency from forming a commission to look into the idea if whether high-frequency gravitational waves could pose a threat to US security.

They were probably just making sure that they have all of their bases covered but let’s not forget that if you asked the Japanese government in 1940 if they had a contingency plan for the possibility of a 15 Kilo-tonne nuclear bomb being dropped on them, they would have laughed at you too. And we all know what happened in 1945. 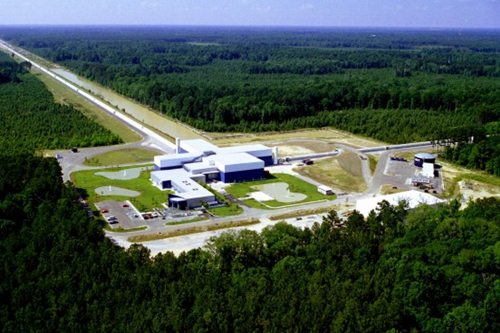 Move aside telescopes, we have new favorite way of checking out the universe. Conventional methods of studying the cosmos involve analyzing different forms of electromagnetic radiation as it travels through space. The main problem with using EM waves to look into space is that they are often distorted and dampened before they can reach Earth. Here comes one of the most amazing about facts about the gravity waves. This is not problem with gravitational waves which are detected using Laser Interferometer Gravitational-Wave Observatories (LIGO).

At present there are only two operational LIGOs for analyzing GW waves. This is because they are expensive to build, with the US based LIGO costing over $1.1 billion over 40 years and they were built as science experiments based on an unproven theory. With the confirmation of gravity waves governments will be more willing to spend money on the development of new and more advanced LIGOs. 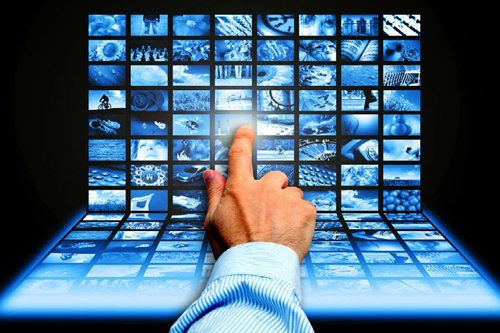 Since the dawn of man electromagnetic waves have been our preferred means of communication. We used smoke signals, telephones and radios. They are a great method of communication because they travel at the speed of light and are capable of covering great distances. The only drawbacks that we have found in the use of electromagnetic waves in communications is that they are easily absorbed by mass. Gravitational waves solves this problem because they are made of particles so tiny that they pass through mass effortlessly with no dampening. With the ‘line of sight’ problem fixed, the use of GWs for communications would greatly reduce the need for peripheral devices such as satellites and relay points which would greatly reduce communication costs.

The only drawback is that gravity waves are very difficult to generate and detecting them is even harder. For their use to be practical they have to be generated at high-frequencies. The most efficient technology that we have capable of transmitting HFGWs is an in-phase micro-electric mechanical system (MEMS) and the Li-Baker HFGW detector to detect them. These devices show that communication using GWs is possible however much more work must be done to increase the sensitivity of GW detectors and reduce the amount of power required to produce HFGWs. This is without any doubt among the most significant facts about the gravity waves.

3. They’re not the Same as Gravity Waves 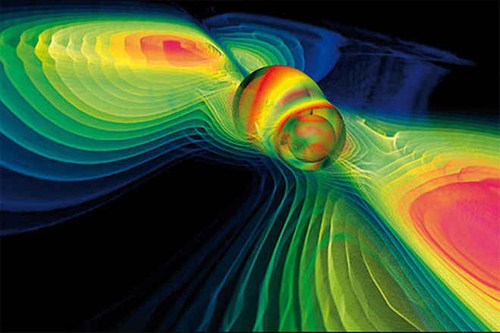 Yes they sound the same and they are both created by objects of mass but they are completely different things. Gravitational waves are ripples in space and time. They can travel through the vacuum of space and travel at the speed of light. Gravity waves on the other hand are a phenomenon that come about in fluid dynamics. They are the wave that carries along a force of gravity and it requires a medium to move through such as air or water. See? Completely different things. 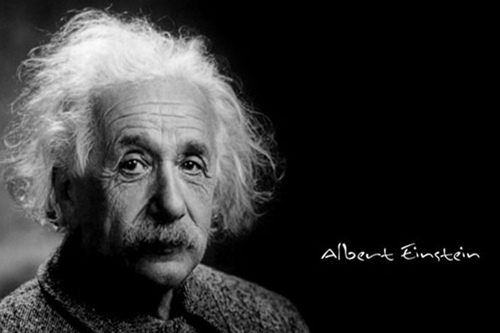 This was already common knowledge but as more and more of his predictions are proven to be right, we can see that Einstein could do no wrong. What makes Einstein especially brilliant was that he was almost entirely a theoretical physicist. While most scientists rely on complex experiments to deduce their conclusions, Einstein just threw theories out there and let other people prove them when the technology became available. That’s why most of his theories are proven long after he died.

The first time that his predictions about the curvature of space and time was confirmed was in 1919, 14 years after the publication of his special theory of relativity. In it he predicted that visible light from the stars would bend around the sun. Astronomers were skeptical however when the solar eclipse of 1919 came about they turned their telescopes to the sky and saw exactly what he predicted. He’s been right ever since which goes to show that it takes either a brave man or a fool to doubt Einstein.

1. Absolutely Nothing so Keep your Day Job 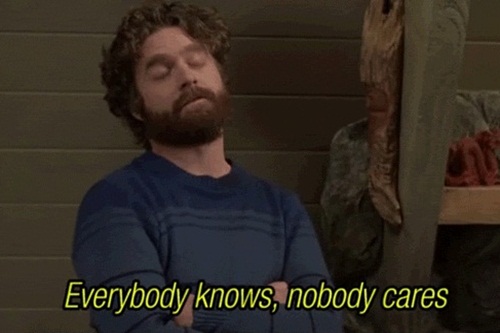 Yup, that’s number one among the most significant facts about the gravity waves one should know. Yet another of Einstein’s theories has been proven to be correct. That’s nothing new. His theories have proven right all through the last century. So what if gravitational waves actually exist? They’ve been there since the dawn of time and they’re going to be there long after we’re gone. Scientists may have a reason to celebrate but what do gravitational waves mean for the average Joe? Absolutely nothing. You’re still going to have to get up in the morning and go about your daily grind. But you can take heart in knowing that there’s one less mystery out there for us to solve.

10 Facts About the Gravity Waves