From the beginning of modern history, America’s presidents have been the ones for whom power also came along with the presidency because of the political and financial dominance the nation has created during the last century. According to the list of “The World’s Most Powerful People 2013”, Barack Obama, the current president of America, is considered the world’s second most powerful man, after Russian President Vladimir Putin. Starting from the World War to the recent Iraq invasion, American presidents never hesitated to show their courage, along with their powers. And here is the list of top 10 most influential presidents of the United States of America. 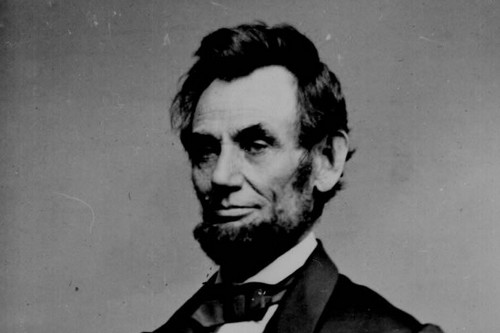 With a dream to reunite the nation, Abram Lincoln was elected as the 16th president of the United States. He served his duty towards his country as president until his assassination in April 1865. He was the most influential political leader of not only USA, but the whole world, as he let the United States through the political and moral crisis during its Civil War. He started rapid development of the economy while building banks, canals and railroads. He granted tariffs to encourage the establishment of factories. He opposed the war declaration again Mexico in 1846. He took various steps to end the slavery in his country as he protected escaped slaves using army while also encouraging the Border States to outlaw slavery. He was assassinated by John Wilkes Booth at point-blank range in Ford’s Theater in 1865. 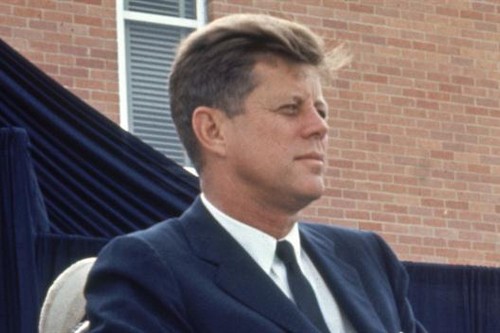 JFK was the 35th President of the United States, the second-youngest president of American history, and the only president to win the Pulitzer Prize. He served his duty to the nation until his assassination in November 1963. Kennedy enrolled at Harvard College in September 1936 and joined the U.S. Navy in 1941. Some of his best works during his presidency was the Cuban Missile Crisis, the African-American Civil Rights Movement and the Bay of Pigs Invasion. He also joined the “Space Race” and Moon landing by initiating Apollo project. During his presidency, he increased involvement of the U.S.A in the Vietnam War. He was also closely connected to the erection of the Berlin Wall where he appointed retired General Lucius D. Clay in response. JFK was assassinated by Lee Harvey Oswald in Texas on November 22, 1963. 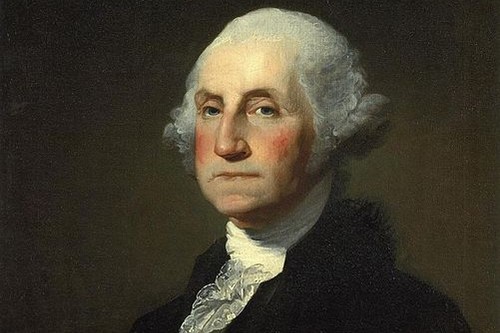 George Washington was the first President of the United States and widely considered as the Founding Father of the U.S.A. He was also the Commander-in-Chief of the Continental Army during the American Revolutionary War. He replaced the Articles of Confederation by drafting the United States Constitution. He supported the movements of the Federalist Party, although he never officially joined it. He opposed the 1765 Stamp Act, the first direct tax on the colonies. He protested against the Townshend Acts in 1769 by proposing Virginia to boycott English goods until the Acts were repealed. His motto was to create a strong and well-financed national government while winning acceptance among all the Americans. He was elected as the president unanimously, twice without support from any party, in 1788 and 1792. 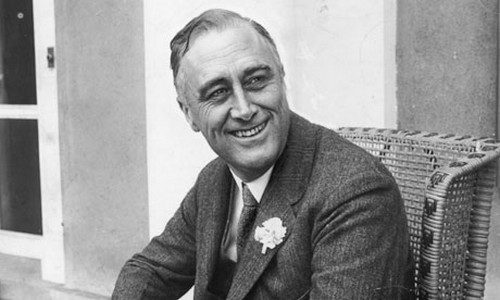 Franklin Delano Roosevelt was the 32nd President of the United States who was elected four times, and he served the Nation until his death in April 1945. This dominant political leader of the Democratic Party built the New Deal Coalition that has dominated the American politics after 1932 and also defined the liberalism of the nation in 20th century. He led the United States during a time of worldwide economic depression and became the central figure in world’s political events. With his campaign theme song “Happy Days Are Here Again”, he defeated Herbert Hoover of Republican party in November 1932 during the Great Depression. He also led the Allies during the World War II with Winston Churchill and Joseph Stalin against Nazi Germany, Fascist Italy and Japan. He created the Federal Deposit Insurance Corporation for economic security in 1933. 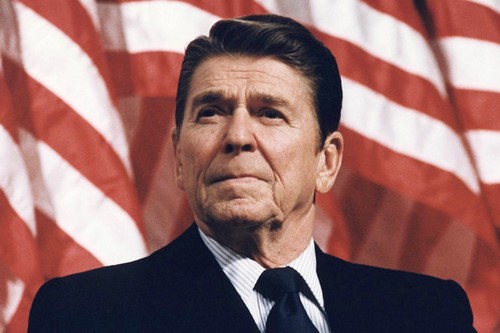 Ronald Wilson Reagan was the 40th President of the United States and also served as the 33rd Governor of California prior to his presidency. He was well-known for his marvelous acting skill and also served his duty as President of the Screen Actors Guild. He took the first step towards politics as a spokesman for General Electric and then won both the nomination and general election by defeating his opponent Jimmy Carter in 1980. His economic policies were widely known as the Reaganomics which reduced the tax rates for rapid industrial growth and also controlled the money supply for inflation reduction. He led an invasion to reverse a Communist coup in Grenada whereas he also escalated the War on Drugs. With his campaign “”Morning in America” he was re-elected again in in 1984 as the president of U.S.A. 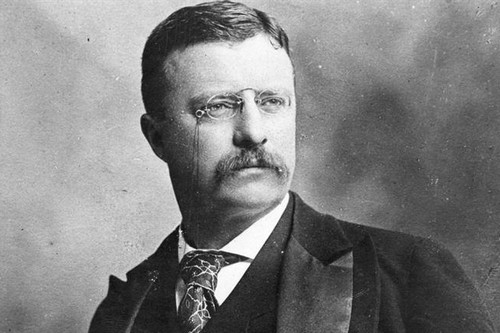 Theodore Roosevelt was the amalgamation of explorer, politician, author, historian and naturalist, and was the youngest person to serve as the President of the United States at the age of just 42. The 26th US president was the founder of the Progressive Party and also one of the most influential leaders of the Republican Party. He, with his slogan, “Speak softly and carry a big stick”, was known for his robust masculinity and “Cowboy” mannerism. His book, The Naval War of 1812, established him as a famous writer and historian around 1882. His face was sculpted on Mount Rushmore along with Thomas Jefferson, Abraham Lincoln and George Washington. His domestic policies, “Square Deal”, included the reduction of railroad rates, guaranteeing pure food and scheduled drugs along with breaking up capitalism. He was also the first president to lead a conservation project. 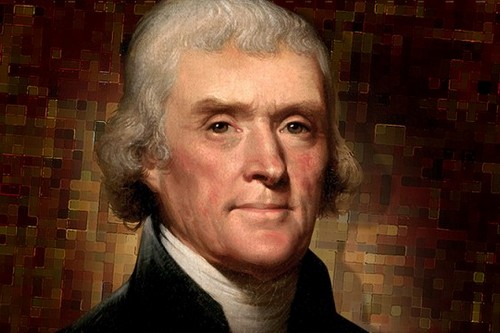 Thomas Jefferson, the founding Father and the third President of the United States, was the principal architect of The Declaration of Independence in 1776. He also served as the Governor of Virginia at the beginning of the American Revolution and was the first United States Secretary under President George Washington. Later, he organized the Democratic-Republican Party with his friend, James Madison, to oppose Alexander Hamilton’s Federalism, and resigned from the cabinet of Washington. Thomas Jefferson started the Revolution of 1800 where he regained control of Louisiana Territory from France. He was also the one to conduct the Lewis and Clark Expedition to explore the west. Thomas Jefferson initiated the removal of Indian tribal from Louisiana Territory to accommodate more free lands to the eventual American settlers. 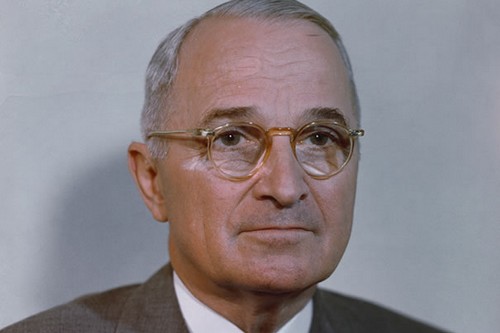 Harry S. Truman was elected after President Roosevelt’s death in 1945 as the 33rd President of the United States. America successfully emerged victorious in World War II under him, but as an effect, there was a strain in the relationship between his country and Soviet Union, which later initiated the Cold War. Nazi Germany surrendered a few weeks after Truman had started his presidency. He approved the use of atomic weapons as the final step in the war with Japan, which was expected to last a few more years. Harry S. Truman issued the Truman Doctrine and also launched a $13 billion Marshall Plan to reconstruct Europe after World War II. He commenced Berlin Airlift in 1948 and also created NATO in 1949. During the war between North and South Korea, he sent U.S. troops and got the UN approval to join the war. 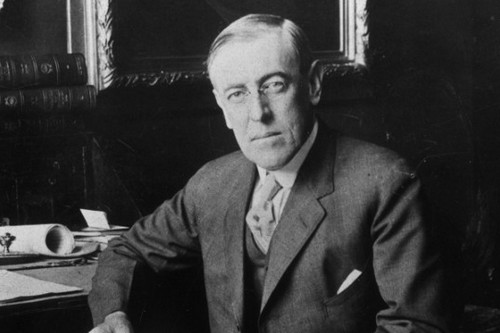 Thomas Woodrow, the leader of the Democratic Party, was the 28th President of the United States. Before his presidency, he was the President of Princeton University and the Governor of New Jersey. He won the control of Congress and White House in 1912 and started the Progressive Movement. He promulgated progressive legislative agenda which was used till the 1933 New Deal. His legislative agenda included Federal Trade Commission Act, the Federal Farm Loan Act, Federal Reserve Act and the Clayton Antitrust Act. Child labor was first restricted by his Keating–Owen Act in United nation. He maintained neutral policy during the outbreak of World War. In 1916, with the slogan, “He kept us out of war”, he was re-elected and declared war against submarine warfare by Nazi Germany. 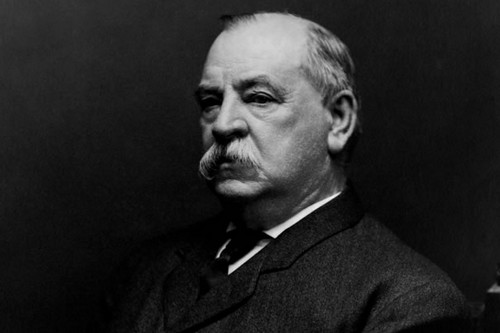 Grover Cleveland is the only president to serve two non-consecutive presidency terms as the 22nd and 24th President of the United States. He was the prime leader of Bourbon Democrats and opposed high tariffs and imperialism. He proposed the subsidy to business and farmers which made him an icon for American conservatives. He followed classical liberalism and restlessly fought bossism and political corruption. The Panic of 1893 hit the nation during his second term of presidency, which produced national depressions. Those depressions ruined his Democratic Party and opened way to the Republican landslide in 1894. Grover Cleveland opposed to Free Silver while supporting the gold standard which alienated agrarian wing of the Democratic Party.

Various different surveys and polls were conducted throughout the last century to create a list of the most powerful and influential presidents of the United States. Most notable among them were Harvard University 1948 poll, The Murray-Blessing 1982 survey and C-SPAN 1999 poll.