HBO have gained a reputation as the front-runner in terms of producing great TV shows, and indeed, some of the very greatest TV shows have been broadcast on the network. HBO produce numerous incredible shows and will continue to do so in the future, we may discus them latter. Here, according to Shape Magazine, this article features top 10 fittest female celebs on HBO, and how they stay in shape!

Find out how HBO‘s hottest stars stay in shape, from Game of Thrones Girls to other. Below are Top 10 Fittest Female Celebs on HBO. 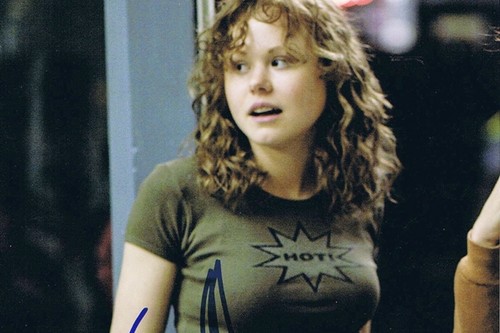 Alison Courtney Pill, a former child Canadian actress, began her career at age twelve, appearing in numerous films and television series. How does she stay in such amazing camera-ready shape?

I have never before experienced such an improvement in the way my body works. I feel stronger, more aware of my alignment, and happy to have found a way to exercise that I really look forward to. 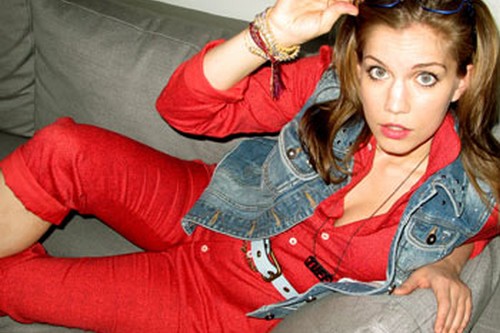 Anna Chlumsky is an American film, stage and television actress who rose to prominence for her role as Vada Sultenfuss in My Girl, as well as in its 1994 sequel. The 32-year-old actress looks better than ever thanks to Bikram yoga and Kung Fu, but she admits her Hollywood experience hasn’t been totally devoid of body pressures. When she was shooting My Girl 2, the blonde beauty recalls being put on a low-calorie diet and was even ordered to work out during lunch breaks! She’s said.

They thought I was getting fat, but I was just growing up, just getting bigger. The star is pregnant with her first child but told Us Weekly she hasn’t had any wild pregnancy cravings yet. 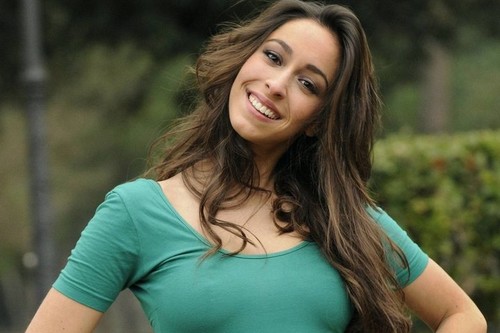 Oona Castilla Chaplin is a Spanish actress of British, American and Chilean descent. She may have played the stunning healer and “Queen of the North” on TV (RIP Talisa and baby Ned!), but she’s Hollywood royalty off screen too. As the granddaughter of Charlie Chaplin and great-granddaughter of Eugene O’Neil, charisma clearly runs in the family. But even though her pretty, petite figure might be the envy of many, she admits it wasn’t always that way. She told The Telegraph.

I originally wanted to be a ballet dancer, but I had to come up with an alternative career when I was told my derriere was too big. It was a bit of a shock, as I’d always thought of myself as quite trim. 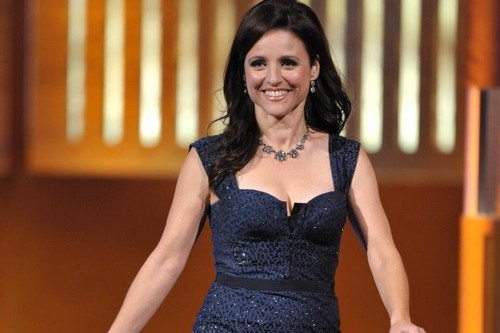 Julia Scarlett Elizabeth Louis-Dreyfus is an American actress, comedian and producer, known for her work on the NBC sitcom Seinfeld, the CBS sitcom The New Adventures of Old Christine and the HBO comedy series Veep. She may be slinging crazy insults as Vice President Selina Meyer but never before have we seen someone so naughty be so likeable at the same time. So much so, we’d say Julia Louis-Dreyfus just might be hotter at 52 than at 32. How does the A-lister stay so ageless? According to the actress, four-mile runs, hiking in the State Park, and a positive outlook seem to do the trick.

In a perfect world, I’d do it [work out] five times a week. Honestly, though, it’s less than that. But if I go a few days without my fitness workouts, I always come back to it. I find I actually crave it. It makes a huge difference in terms of my metabolism and keeping my weight steady. 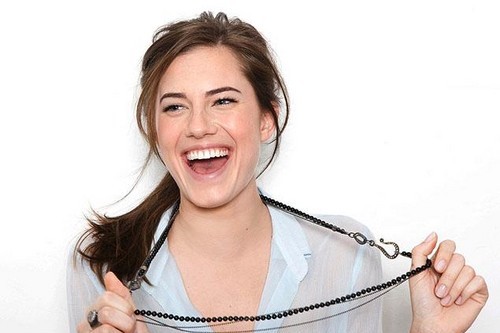 Allison Williams is an American actress, comedienne, and musician. She stars as Marnie Michaels on the HBO television series Girls. Where we love getting our dose of the beautiful and bossy Marnie, so what’s Allison Williams’ secret to her slim body? Aside from sweat-worthy Core Fusion Barre and SoulCycle classes, the talented actress has trained with New York-based Reggie Chambers, doing grueling hour-long workouts filled with boxing, core work, and resistance moves that use her own body weight. 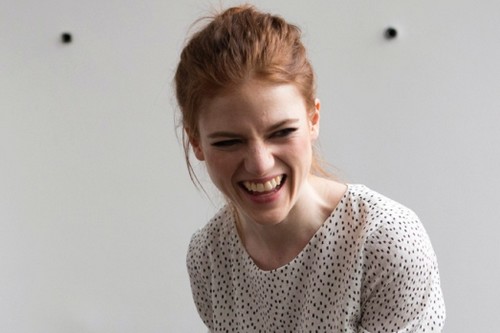 Rose Eleanor Arbuthnot-Leslie is a Scottish actress. As the ruthless, gritty, and oh-so-fiery Ygritte on Game of Thrones, she says playing the character has actually inspired her to become tougher in real life. But despite her Katniss-like arrow skills, fighting sequences and bold scenes (hello, caves and hot tubs), this wilding is not a fan of running. The 26-year-old beauty told Nylon TV she hates to run because it makes her look “like a complete weirdo.” We think we may just adore her even more now. 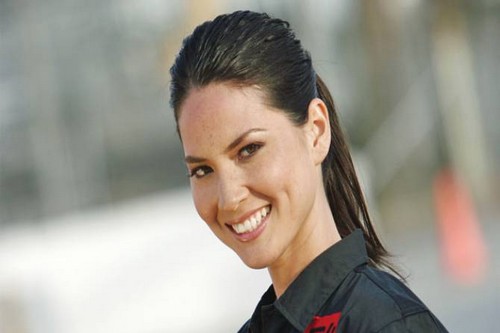 Lisa Olivia Munn is an American actress, comedian, model, television personality and author. She began her career being credited as Lisa Munn. Since 2006, she has been using the name Olivia Munn personally and professionally. She sizzles on the small screen as sassy Sloan Sabbith on The Newsroom. With those lean legs and awesome abs, we have to wonder about her stay-fit secrets—but don’t think she ever follows “the jeans test” to keep her weight on track.

I don’t believe in the ‘jeans’ test because it’s easy to cheat—I have a pair that fits like sweatpants because I haven’t washed them since 1998! God forbid I’d have to go through the pain of stretching them out again. 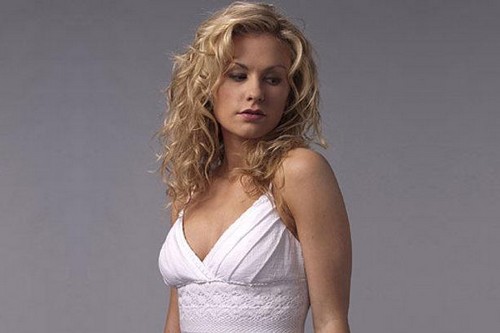 Anna Helene Paquin is a Canadian-born New Zealand film, television and theatre actress. With a rockin’ body, a hot hubby, and a killer career, Paquin seems to have it all—including fierce dedication to her workout routine. The 30-year-old actress counts boxing, The Bar Method, and Hot 8 Yoga as some of her favorite ways to stay fit and ready for any in-the-buff scenes.

I feel good when I feel like I’m really strong. And that’s not necessarily when I’m at my numerically most gratifying weight. I think there’s also a really big difference between looking healthy and being healthy. 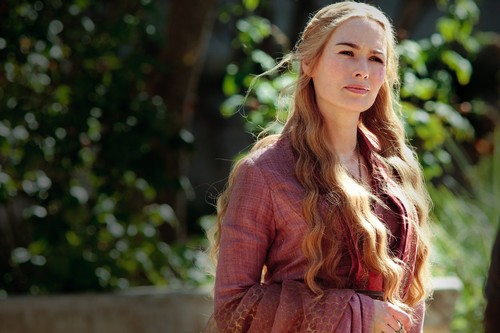 Lena Headey is an English actress. She is known for playing the starring role Sarah Connor on Fox’s television spin-off of James Cameron’s Terminator film series Terminator: The Sarah Connor Chronicles. She appears as Cersei Lannister in HBO’s television series Game of Thrones. With a role truly fit for a queen, Lena Headey is one hot, sassy star. The brunette bombshell definitely makes playing tough characters like Lady Lannister look easy, but given the fact she’s a boxer in real life, it comes as no surprise. She told EW.

I took up boxing as a fitness thing. I got obsessed and I would go every day when I wasn’t working. It’s just an insane sport when you get into it.

Aside from boxing, the 40-year-old vegetarian also swears by yoga to stay in such royal shape. 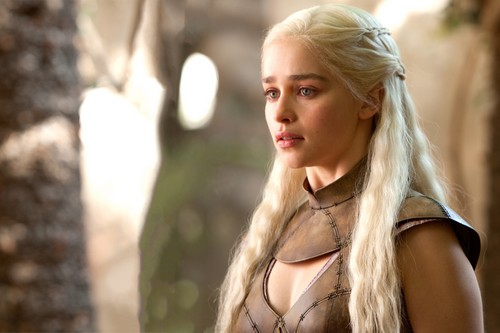 Emilia Clarke is an English actress, best known for her sexy-meets-gritty role as “Mother of Dragons” on Game of Thrones, beautiful Brit Emilia Clarke has quickly become a pin-up girl for fantasy nerds (and HBO addicts) everywhere. With the number of times she’s appeared in the buff on the show, she’s clearly comfortable in her own skin too. So how exactly does Khaleesi take such good care of it?

The 27-year-old actress, who credits her mom as her beauty icon, says she cleanses, tones, and moisturizes twice a day and takes Epsom salt baths to relax. But on how she actually gets fit for her warrior-like costumes, Khaleesi has remained quite mum on the subject. Our money’s on weight training with the heavy blonde wig she dons for each episode.