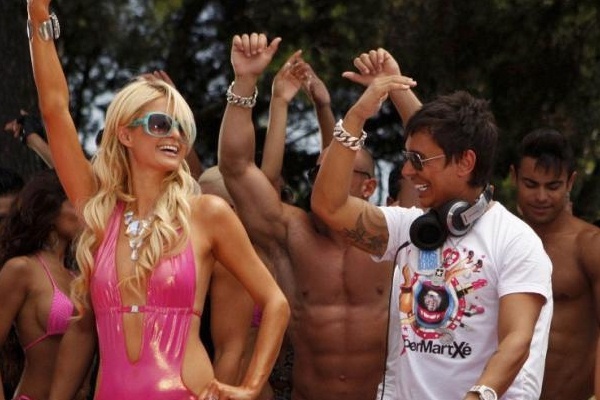 Some people love to party, at home or on vacation, and the world has some fantastic party destinations available for the most adventurous party attendees. Here we present our favorite Craziest Party Hotspots across the globe. It doesn’t matter if you’re conservative or wild and crazy. You’re sure to find a party destination to suit your personality.

The best international destinations for party animals looking to let loose and get wild. Get out those dancing shoes and, of course, that little black dress. Or wear something bright, something fun and practice those expert moves once again. Great music, food, ambience and wacky themes – all to make sure that you have the craziest time partying this season. So, what are your party plans?

Following is the list of top 10 craziest party hotspots in the world.

Tel Aviv is one of the world’s most exciting and vibrant cities for nightlife, music, clubbing and going to the beach. Also known as the “city that never sleeps,” due to its thriving nightlife and around-the-clock culture. The super-liberal attitude of the Israeli city is to credit for some of the amazing festivities year-round. Tel Aviv is home to Asia’s largest Gay Pride, and in 2008 hosted Israel’s first sex festival. Aside from these events, however, the clubbing district is always bustling.

Unlike other cities, Tel Aviv nightlife is not just for the young, but for the young at heart. You can find the right atmosphere whatever suits your fancy and no matter what age you are. Whether you’re 20 or 60, whether you love serious clubbing or mellow nights, you can find just the right place for you.

One of the most hedonistic party destinations anywhere. Comparable to Ibiza, this “playground for adults” is also a renowned party island in Europe. Dancing starts mid-afternoon on the beaches and continues in booming clubs until sunrise. Restaurants like Kavos stay open 24 hours to accommodate party animals at any time of the day or night to re-energize.

If you want crazy go in August. That is when the vast majority of Europe shuts down and goes on summer vacation. Seriously. With all of Europe on the move to vacation spots, Mykonos gathers it’s fair share of crazy people who like to party naked with no inhibitions.

About 120,000 weekend visitors come into this UK city on a typical weekend evening and flock to all the hotspots the city has to offer. The city is known for its dedication to live music and bands such as The Smiths started out performing here. If dancing is more your scene though, there are tons of techno and hip-hop based venues to check out too.

Berlin competes with Amsterdam for having the most diverse and liberal nightlife in Europe. In addition to the myriad of rock, alternative and techno clubs that are open all night, Germany’s capital city is also home to all kinds of fetish clubs that are sure to indulge a more open-minded crowd. Whatever your itinerary is, the hotspots are endless in this party city.

The city with 24-hour parties. Most of the dance clubs in Rembrandtplein, Amsterdam’s famous party district, don’t open until midnight and they stay busy until around 6 a.m. You will find all walks of life in one of the most well-known haunts, iT!, with everything from flamboyant drag queens, to high-society socialites, to tourists who are looking to have a crazy night out. But if 6 a.m. is too early for the party to stop, there are also a lot of after-hours clubs if you feel like dancing until noon.

Known around the world as the city that never sleeps, New York hums with boundless energy morning, noon, and night as its more than eight million residents revel in some of the best round-the-clock action on the planet. With the unending availability of the best of the best in restaurants, nightlife, music, and culture, as well as the easy transportation to access those things, spontaneous partying is practically inevitable, a fact that New York’s vibrant population takes full advantage of. The city is certainly attractive for its romantic grandeur and cultural extremes, what makes the Big Apple a true standout in the list of the world’s great cities is the flow of life that keeps its streets continuously humming with activity.

Party on the beach, day and night. If there is one place in the world offering every single earthly delight any sane man could want, Rio de Janeiro is it. Sprawling beaches, beautiful women, parties 24/7 and people living life at full tilt is what this Brazilian city of seven million is all about. The Marvelous City, as it is often called, is just that. After partying in Rio, your memories of any other party you have ever been to will seem like miniscule, uneventful bashes. The party aura is overwhelming in this city and you will feel it in all of your senses as soon as you leave your hotel room and head to the beach. After midnight, the waterfront comes alive with disco clubs and samba beats and continues well into the wee hours.

The city much famous for best nightlife. You’ve all heard the famous term, “what happens in Vegas…” and the legends are true. Vegas really is Sin City, because if its uncompromising party atmosphere and vibrant nightlife. The possibilities are endless and suit all needs and desires, whether it be throwing dice and stacking chips at a casino, clubbing on the strip, to pretty much anything featured in The Hangover.

The World’s Party Capital. Home to Privilege, the largest club in the world, Ibiza is a legendary party epicenter. It is unusual to stop partying anytime before 6 a.m. on this hopping island. But most clubs stay open as late as 8 a.m. in case you are in it for the long haul. Seasoned clubbers in Ibiza usually wake at noon and take early evening naps to prepare for the long night ahead. Besides, you need all the rest you can get to endure a foam party at Amnesia.

New Orleans is a major United States port and the largest city. The city is well known for its distinct French Creole architecture, as well as its cross-cultural and multilingual heritage. It is also famous for its cuisine, music and its annual celebrations and festivals. Most notably Mardi Gras, much famous for nightlife. The Bourbon Street itself is renowned for its party atmosphere because it’s legal to have liquor outside of drinking establishments in the Mardi Gras mecca, as long as you have it in a plastic cup. So feel free to order another Hurricane (the city’s signature rum drink) in a “to go” cup on your way out of any bar – the party is just as lively on the streets as it is indoors. The party doesn’t have to stop when you’re in between venues along your bar-hop route. (travel.ca.msn)