The financial market of modern society is strongly dominated by big companies. From the earliest accounts of trading and business found in circa 150,000 years ago, till the exploitation of Mediterranean trading by the Greek Ptolemaic dynasty, early ages were dominated by the kings and individual business traders. Eventually, the king turned to companies, and the trades turned to multinational businesses. The earth has seen many families like The Rockefellers and The Rothschild in the 19th and 20th centuries, who became the royal families of global market domination. People always want to know the day-to-day activities of the multinational brands of modern days as the share market also booms on a daily basis. Forbes is the multimedia house which takes care about the rankings of big brands as they compiled a list call Global2000. After the recent update of the list, Industrial and Commercial Bank of China (ICBC) tops the list with $3,124.9 Billion assets, $215.63 Billion market cap, $148.7 Billion revenue and $42.7 Billion profit. Even American companies strongly hold the market as they secure 5 places in top 10 of the Global 2000. And here is the list of Top 10 Largest American Companies. 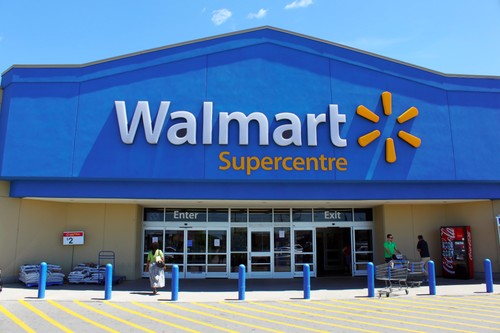 American multinational retail corporation Wal-Mart Stores, Inc. has it’s headquarter in Bentonville, Arkansas, and operates under 55 different names in 27 countries and a total of 11,088 stores. Wal-Mart runs a chain of large discount department stores and warehouse stores. It is the world’s largest public corporation, the biggest private employer in the world and the world’s largest retailer according to the Fortune Global 500 list in 2014. Wal-Mart is still a family-owned business and was incorporated in 1969 after the pioneer member of Walton family, Sam Walton, established the company in 1962. Doug McMillon is currently serving as the CEO of the company. It generated $476.294 billion revenue in the last fiscal year of 2013-2014 and currently has 2.2 million employees with them. 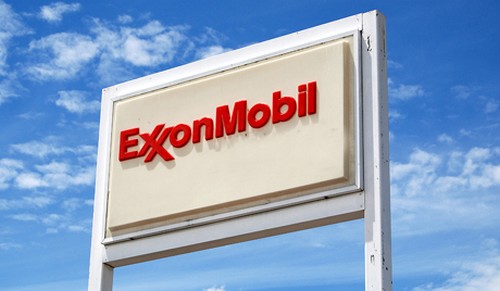 American multinational oil and gas corporation Exxon Mobil has its headquarter in Irving, Texas, and has 37 oil refineries in 21 countries. ExxonMobil is the largest refiner in the world and is also the world’s third largest company by revenue and the second largest publicly traded company by market capitalization according to Forbes Global 2000 in 2014. Exxon Mobil is the direct descendant of Standard Oil Company by legendary businessman John D. Rockefeller, and was established after the merging of Exxon or Standard Oil of New Jersey and Mobil or Standard Oil of New York in 1999. Rex W. Tillerson is currently serving as the CEO of the company. Exxon Mobil has generated $420.836 billion revenue in 2013 fiscal year and has an employee-strength of 75,000. 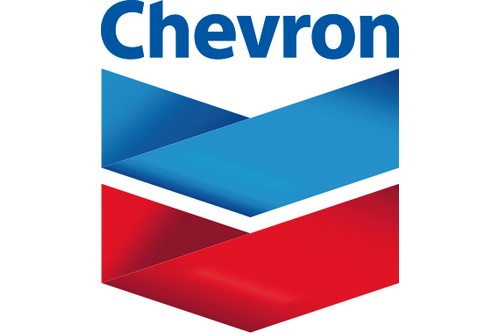 American multinational energy corporation Chevron Corporation has it’s headquarter in San Ramon, California, and operates in more than 180 countries. The company is engaged in exploration and production of energy components, oil refining, chemicals manufacturing and sales and various other branches of power industry. The company sells an average of 3.1 million barrels of gasoline, diesel and jet fuel all over the world. Chevron is the world’s third largest company according to the Fortune Global 500 in 2014. Chevron is the direct descendant of Standard Oil Company and was established after the merging of Standard Oil of California and Gulf Oil in 1984. John S. Watson currently serves as the CEO of the company. Chevron has generated $ 220.264 billion revenue in 2013 fiscal year and has an employee strength of 64,600. 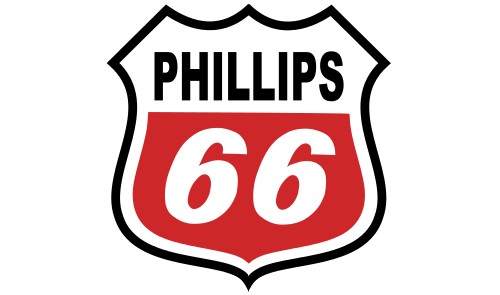 American multinational energy corporation Phillips 66 has its headquarter in Westchase, Houston, Texas and operates in more than 45 countries. The company is engaged in producing petrochemical products of different category and natural gas liquids. Phillips 66 is the world’s sixth largest company according to the Fortune 500 and ranked in 19th place on the Fortune Global 500 in 2014. It was established as an independent energy company after the split of downstream and midstream assets of ConocoPhillips. Phillips 66 inaugurated its first service station in Wichita, Kansas, on November 19, 1927. Greg C. Garland is currently serving as the CEO of the company. Phillips 66 has generated $ 171.59 billion revenue in 2013 fiscal year and has an employee strength of 13,500. 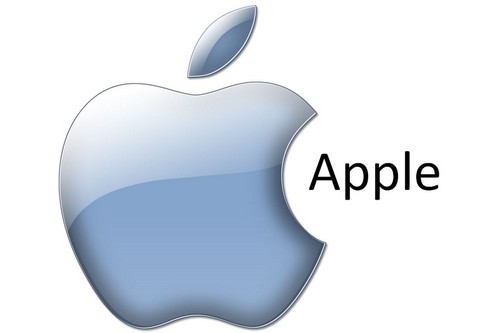 American multinational corporation Apple Inc. has its headquarter in Cupertino, California, and operates in more than 425 retail stores in fourteen countries. The company is engaged in the production and development of consumer electronics, personal computers, computer software and online services. Apple is the world’s second-largest information technology company by revenue, the world’s third-largest mobile phone maker and also named the most admired company in the United States by Fortune Magazine. Apple Computer, Inc. was founded by Steve Jobs, Ronald Wayne and Steve Wozniak on April 1, 1976 and was renamed as Apple Inc. in 2007. Tim Cook is currently serving as the CEO of the company. Apple has generated $ 170.91 billion revenue in 2013 fiscal year and has an employee strength of 98,000.

American multinational conglomerate holding company Berkshire Hathaway Inc. has its headquarter in Omaha, Nebraska and own various companies like GEICO, Lubrizol, BNSF, Fruit of the Loom, Dairy Queen, and also has significant holding of Heinz, Mars, American Express, Coca-Cola, Wells Fargo, and IBM. It is the fifth largest public company in the world according to the Forbes Global 2000 list and hits a price of $200,000 a share on 14 August 2014. It was established by the merging of the Hathaway Manufacturing Company and Berkshire Fine Spinning Associates in 1955, but became widely successful after investment legend Warren Buffett took over it in 1964. Warren Buffett still serves as the Chairman, President and CEO of the company. Berkshire Hathaway has generated $ 182.150 billion revenue in 2013 fiscal year and has an employee strength of 302,000. 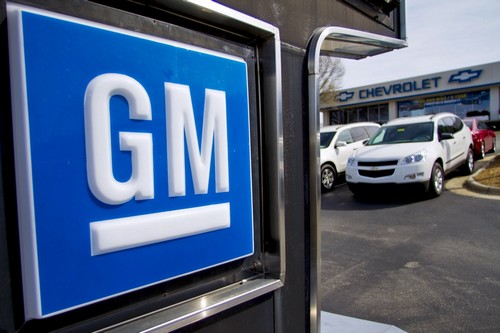 American automotive Multinational Corporation General Motors aka GM has its headquarter in Detroit, Michigan and operates in in 157 countries while producing cars in 37 countries under ten brands. The company is engaged in manufacturing, designing, marketing and distribution of vehicles and vehicle parts. It is the 22nd largest company in the world according to the Forbes Global 2000. The company was founded as a holding company of McLaughlin Car and Buick on September 16, 1908, and was first controlled by William C. Durant. Besides the production of automobile, GM also has in WTCC, NASCAR, SCCA, 24 Hours of Le Mans, V8 Supercars and many other events. Tim Solso is currently serving as the Chairman of the company. GM has generated $ 155.42 billion revenue in 2013 fiscal year and has employee strength of 219,000. 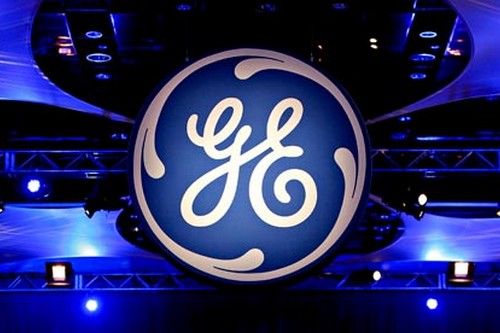 American multinational conglomerate corporation General Electric aka GE has it’s headquarter in Fairfield, Connecticut and operates worldwide. The company is engaged in various genre of business such as Energy, Technology Infrastructure, Capital Finance, Consumer and Industrial products and Aviation. It was listed as the fourth-largest company in the world on Forbes Global 2000 and was named 7th best company for leaders by fortune magazine and fifth best global brand by Interbrand. The company was founded as Edison General Electric Company after Drexel, Morgan & Co. financed Thomas Edison’s research in 1889. Jeffrey Immelt currently serves as the Chairman and CEO of the company. GE has generated $ 146.045 billion revenue in 2013 fiscal year and has an employee strength of 305,000. 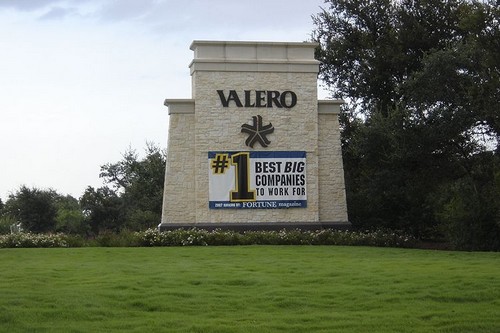 American multinational oil and gas corporation Valero Energy has it’s headquarter in San Antonio, Texas and has 16 oil refineries throughout the United States, Canada, United Kingdom and the Caribbean. The company is engaged in producing oil, power and energy through its 19 refineries with a capacity of 3 million barrels per day, 10 ethanol plants with a capacity of 1.2 billion US gallons per year and a 50 megawatt wind farm. With its 6,800 retail and branded wholesale outlets, it is also one of the largest retail operators in United States. Valero was founded as a holding company of Coastal States Gas Corporation in 1980. Joe Gorder is currently serving as the Chairman and CEO of the company. Valero has generated $138.07 billion revenue in 2013 fiscal year and has an employee strength of 22,000.

American Multinational food Corporation Cargill has its headquarter in Minnetonka, Minnesota and operates worldwide. The company is engaged in trading grains and other agricultural commodities, trading in energy, steel and transport, raising of livestock and manufacturing processed foods. After taking over The Mosaic Company, it also became world’s leading producer of concentrated phosphate and potash crop nutrients. It was not considered in the Forbes lists as it is a privately held company, but if it becomes a public company, it will rank on 9th place ahead of Ford Motor Company on Fortune 500 list. Cargill was founded by William W. Cargill in 1865 and David W. MacLennan is currently serving as the Chairman and CEO of the company. Cargill has generated $136.65 billion revenue in 2013 fiscal year and has an employee strength of 142,000.