Alpha Coy is Bravo Coy! Let us forget about the “Charlie’s” What I mean to say here in Military terms is that Alpha is bravo just like the one man who is the commander of the commando’s in Military. We owe a lot of the victories to Army men, Soldiers and other Special Forces to the Generals who govern its operations. They are simply the brain behind the strategic aspects that the different rankings in Military under the General will abide by. The General simply means almost in charge or authorized in everything in terms of where the Military is concerned and is basically on all jurisdictive levels other than everybody lower than them, they are the highest in command and authority. Having this amount of privileged power is bound to turn a Good solider into a war on wheels and it takes the most stable and strongest of mindsets to be a General and to stay General regardless of their representative countries or forces. This is a compilation of the Top 10 Military Generals – the best Military Commander Generals in Military History based on their reputation, rankings and abilities etc. 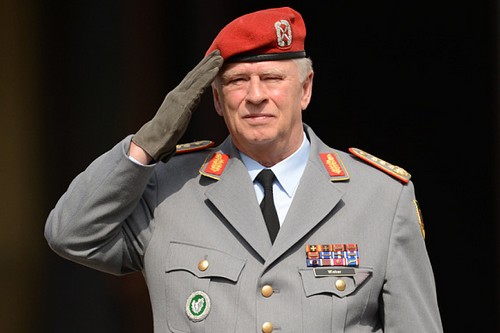 Germany as we all know it has had its fair share of commanders who have run it to the dogs it seems and by this were talking specifically about Hitler and Nazi Germany. Germany has been made super notorious for its Nazi history, common knowledge to the world. While nobody actually speaks about the greater good and the men of honor of Germany to introduce the topic of Top 10 Military Generals of military history, Volker Wieker has a record of climbing a rank ladder In his career which spanned a duration of 36 Years of his life from 1974 – 2010.

While most would give up, Volker has certainly pushed boundaries beyond his own expected horizons in order to get to the highest point of his life, regardless of where he started from, this is purely an inspirational success story as within a span of 36 years, most would have either gotten shot or worse, lost their lives in the process. 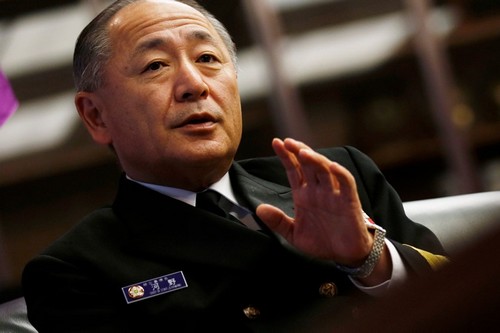 Japan has hundreds of millions to its population and hasn’t seen much of a decrease since then. By this it most certainly isn’t difficult to join dots and to realize that the amount of crime controlled and manipulated by Japanese War Lords or other countries that wish to bring about war to Japan could be at any given time and to a high magnitude also. The probability of this happening every now and then is definitely on an Alarming scale. The type of economic imbalance or havoc that will require the intervention of Japanese Military. Japan would most certainly need a strong Military General to take control of every soldier under him in order to align each troops or force within the Japanese Army to operate in a manner where each deployed troops and their efforts interlink with one and other to bring about solidarity again. Katsutoshi most certainly has proven himself competent enough to handle this duty and all of the other ranks he has worked on in order to become Chief of Defense in Japan. 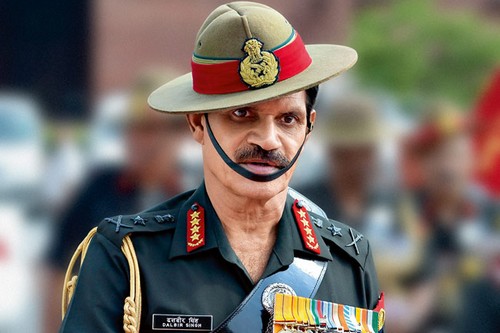 India’s country pride means more to them than anything else. The flag at which they wave with honor represents their country wholesome. Crimes within India are very very frequent in occurrence but their punishment system for a mere thing like stealing can get ones fingers chopped off. It’s sort of become like an immediate warning or an understanding that authorities and criminals have, without even making an official statement. While mere crimes aren’t of much bother to India as it would be when the country needs to go at war, yet again another country with population that seems to be overflowing through the walls, street corners, slums etc. of India, would most certainly need a powerful defense general to take utmost control of an Army specifically trained more for attacks that come from outside of the country as its very unlikely that it would happen from within. Dalbir Singh’s name was actually a vouched recommendation and has proven himself and all who believed in him. He is actually a leader of a 1.3 Million Indian Army Battalion. Ever since joining the NDA (National Defense Academy) in 1970, his reputation has been built up upon some extraordinary valors. 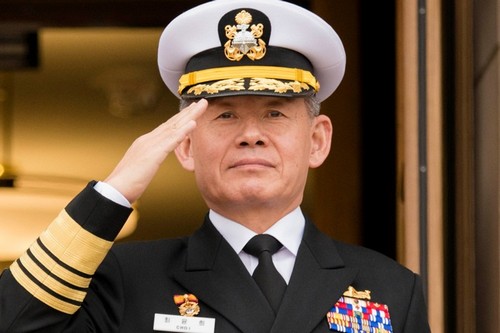 Military Generals, demand and command a certain level of respect from their fellow soldiers and one wouldn’t dare laugh or even smile, let alone smirk in the presence of their superiors, its Military discipline that they learn first before becoming a soldier anyway. Choi – Yoon – Hee sounds more of a name that you can brush off as the common Asian guy which is where perception of the world, proves them wrong with linkage to the reality. Do not underestimate or judge a man by the unusualness of his name. Choi Yoon Hee on the other hand, as short as he is in Height, he is bigger in Strategic command skills than most. Yoon Hee has actually come from the roots and still strong reputation of being a Navy Chief before appointed as Korean Military Commander . This can be considered as double times the success of many. A huge jump from Chief of Navy to Military Commander of Korea. 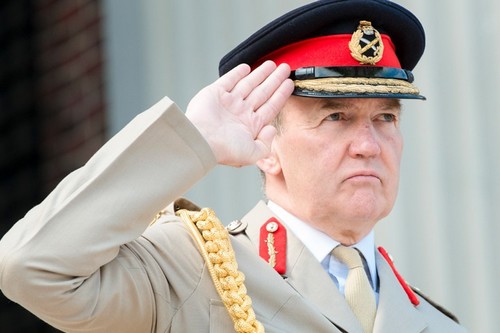 Any country that serves Royalty of have a Hierarchical history requires an Elite force or ability of Command to protect, serve and defend at all circumstantial costs. Nick Houghton, General of the United Kingdom’s profile is rather unique. He has also studied in some degree of higher learning courses throughout his career which ultimately meant the determination of his future success by a skilled knowledge and training which obviously opened more doors to promotions later on and to no surprise, it eventually did. Nick Houghton has been a part of the GFA (Good Friday Agreement) at which he has successfully led 39 infantry brigade. Another great medal of honor added to this Military General’s success is that he has attained to shine an illuminated golden light on his reputation is the fact that he was director of Military Operations in the Ministry of Defense during the unforgettable time of the 9/11 attacks which has brought the world to a standstill at the time of occurrence. Sir General Nicholas Houghton has seen multiple advances and higher ranks as well as Military level promotions since then. 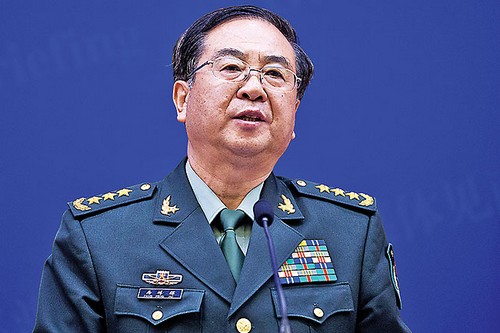 Chinese Militants are more prone to success than others due to their outstanding legacy, reputation and cultural backgrounds that emphasize discipline from the time they could walk or say their first words right up until adulthood. Attaining medals of Honor are more important to them than anything in defense of their country and people too. Fang Fenghui can be seen as a more Jackie Chan type of Military Generals however. Fang, has been in the Military field, both literally and figuratively since the late 1960’s while the rest began their careers during the 70’s. Which primarily would mean more experience in respects of Military knowledge than the rest. From his entrance in his field, it hadn’t taken him very long other than 30 years later to become General of China. His experience, training, educational studies has proven to be the success of his life in the long run. 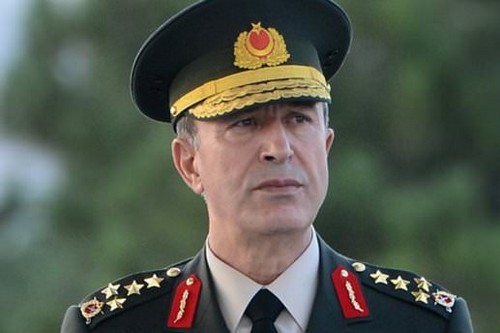 Turkish people in general have not been particularly famous around the world for many bizarre reasons unknown to the common man, however I believe it’s more due to lack of popularity and less excitement. It’s very unlikely to hear of Turkey hosting some massive event as Americans or other popular countries would. This however most certainly doesn’t mean that Turkey doesn’t go to war every now and then. Which is precisely where General Hulusi Akar comes in. Graduated from Turkish Military Academy as an infantry officer back in 72′ like most of the other Military Generals of the world, this has been around the same timing of where their careers began. He has gone thereafter into becoming Branch Chief at various units and headquarters which meant a great responsibility at which he was able to successfully withhold at his command. As the years went by, he has been the man responsible for serving as an assistant to the land forces commander which meant he is second in charge here at leading a battalion in an actual war. A brave man he can be considered, who has never given up till he reached goal upon goal and then drove himself to accomplish the next, shortly after each success in his Military Career. 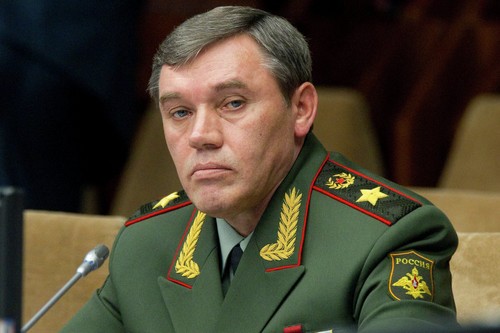 Valery can be a derivative of the word ‘Valor’ which can simply be defined as: great courage in the face of danger, especially in battle. Valery Gerasimov (similar to the legendary weapon of warfare Kalashnikov). It’s almost as though Valery has been born for war. Russian General he is. Men of Russia, especially authority figures are known for being extremely particular and stringent in their thinking capacity as well as their actions too. Chief of the General Staff of the Armed Defense forces of Russia, and appointed as one for Country and the choice of awesomeness it was. Soviet Union, has seen Gerasimov too for his efforts of integrity, courage, bravery, and the possession of robust leadership qualities as well. Gerasimov has also begun his military career in the 1970’s as the rest of the Military generals have and has been building himself up rankings till then with tenacity in his ability to carry his assigned duty as Military Russian General with excellence from the time of vow till now. 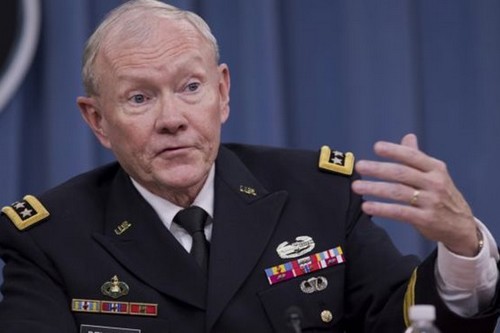 America has seen the greatest bits of War history in the historical events of world destruction such as: The Revolutionary War, Second war of independence, Civil war, World War I, World war II, Korean War, Vietnam, Desert Storm (Iraq Evasion), Iraq war and not forgetting having to endure the terrorist attack of the Century when the Twin Towers and the Pentagon of America has been attacked by Al – Qaeda (9 /11) as we the world knows it. America on the other hand apart from the rest of the world, is more especially known for their Military and Special Forces as well as advancement in modern warfare that’s dominating every Military in the world. Its not just my personal opinion but a world fact that nobody does it better than America’s finest in the Military. The number one ranked Military Generals steers towards Martin Dempsey of United States for his ability to lead one of the world’s biggest target lists in terms of where War is concerned. Each respective Army unit is maneuvered strategically by Gen. Martin Dempsey and has overcome many successful war attacks due to his leadership ever since his promotion as General. Being the Highest ranking Officer in the United States Army is one of the greatest achievements any life dedicated Soldier would have hoped to reach. 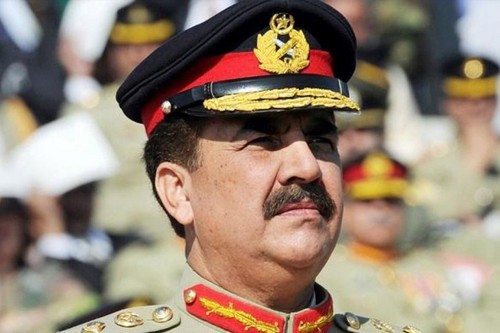 Over the years, there’s always been a certain amount of war activity between Pakistan and India mainly due to a slight difference in culture or traditional backgrounds etc. and even to the high extent of Rocket launching warfare onto each other’s countries etc. There requires a very responsible type of Man to be take on the major responsibility of being Military General of a country that’s constantly prone to war and in order to maintain Political as well as economic stability, it takes more than just one man in command. General Raheel Sharif is a part of an international anti-terrorism alliance which is a joint venture as one powerful group in order to combat terrorism all over the world. One of the greatest Military joint operations in modern warfare and another representing world peace instead of going to war with the countries of these alliances. One of the greatest achievements by Gen. Sharif.