Water is as important as oxygen and when it comes in the form of something as beautiful as a river, then why not explore it. As much as rivers are breathtaking to see and joyful to have a dip in, they are man eaters as well! Some rivers in our world do not have a friendly reputation when it comes to people; they are known to have drowned humungous amounts of people without showing any mercy. Some are home to dangerous creatures which repel anything or anyone who wishes to get closer for a venture. Here are 15 of such ill-reputed and dangerously lethal rivers from around the world.

15 of The Most Lethal Rivers in the world

The Parana river in South America flows through Brazil, Paraguay and Argentina making it like 4880 kms long. The Parana river is also synonymous with floods as it wreaks havoc with its outrageous 3,000-mile waterway. The floods are not so wild as compared to its seething ability to erode land and take away whatever comes into its path. Not a very nice thing to do. See also; Top 10 Most Dangerous Rivers in the world. 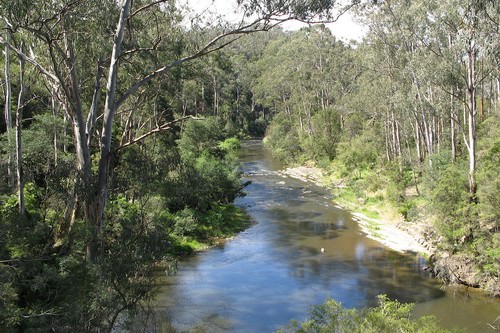 Another Australian river with a dangerous manual. The Yarra river attracts large throngs of tourist and water sports enthusiasts all year around. Where there are people swimming and reveling freely in the river, there also comes danger. The river has claimed many tragic deaths over the years and has fallen a prey to pollution as well. There are certain parts of the river which are very unsuitable for people because they look no less than a sewer.

Some people claim this river to be the most dangerous one in the world and there is a reason why. River Wharfe in Yorkshire, England looks small but is mighty huge and the deception doesn’t end here, the river has a deceptive current and underwater rocks which make it lethal. There are series of waterfalls and rapids connected with a deep water channel which also gets dramatically narrow at some points and the depth can change from 9 meters to 91 meters. These points in the river have hosted a number of fatalities including those of a several honeymoon couples. 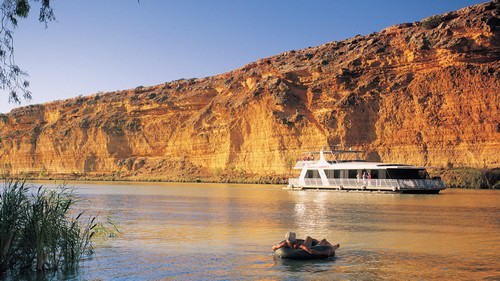 Australia has got a lot of lethal rivers hasn’t it? Murray river is another ma killer who first entices the revelers into its appealing depths and currents for activities such as kayaking and rafting. All the beauty and the overwhelming joy is anyhow very fallacious and has swept away dozens in its wake. 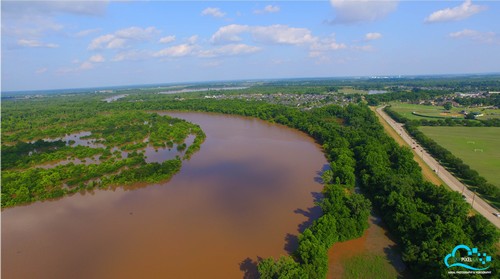 The Red river confuses the onlooker rather to call it beautiful or scary. The river crosses the Southern states of America and is relatively unique in a way that its currents are independent and move wherever they wish. This makes this river quite dangerous for those who try to dip their feet in such unpredictably twisting waters. The whirlpools created by this river can swallow a whole person and might never spit him back. The lower course of the river ends up in a series of marshes and swamps. 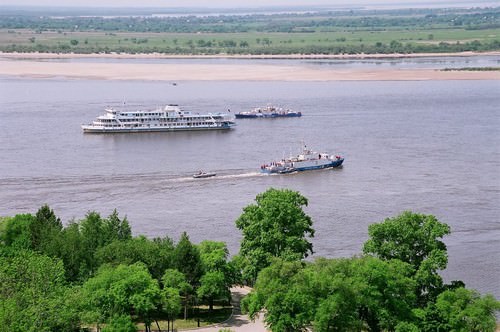 Amur river in Russia is pretty safe as much as its currents and non-rocky depths are concerned. The problem with it is the severe pollution. The water is so contaminated that the Russian scientists have even found the fish of the river with bleeding ulcers. That is quite disturbing. If a human ever swims in that water, skin cancer and other painful diseases are inevitable. 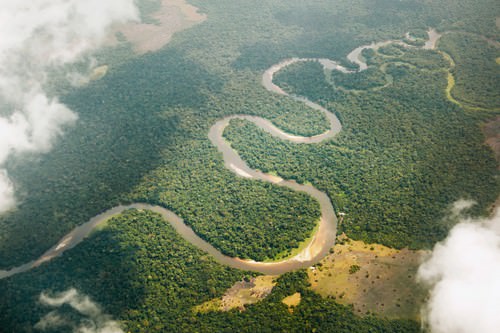 This river which snakes around Africa is often referred to as “The Heart of Darkness” and why not. It is the second largest river in the world by discharge of water and is mouthed by the Atlantic Ocean. This river is almost impossible to navigate because its 3000 mile long waterway hosts a 75 mile long canyon also known as “The Gates of Hell”. It scares to even write about it let alone explore it. The deepest area in the river was measured to be 220 meters. 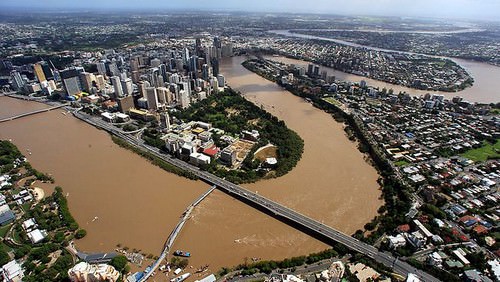 Brisbane river runs in Queensland, Australia. It is one of the favorite rivers for the photographers who like to capture its beauty from different angles all the time. Nonetheless, this beautiful looking river has a sinister side too as it is known for several drowning cases as well as extreme occasional flooding. The worst part about the river is that it is plagued with a striking population of bull sharks who would like to take a bite off your leg or you if you happen to cross their paths in the water. So try to admire its beauty while keeping at a safe distance! 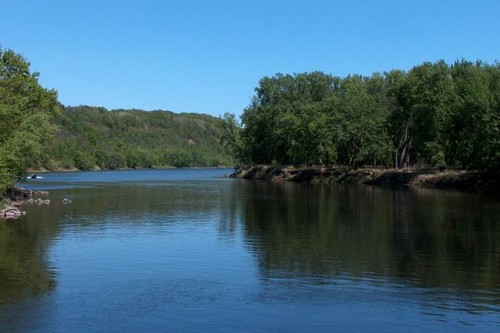 Being the longest river comes with a mangling price and it shouldn’t be much surprising that this river in Russia has devastated things. The Yenisei river is 3,487 kms long and runs through six Russian cities. It has been responsible for many floods and it’s infuriating current has spared no city around it. It has unleashed its power on them turn by turn, again and again. The cherry on top is that its water contains high levels of toxicity and radiation which is consequently a health peril for the nearby inhabitants. 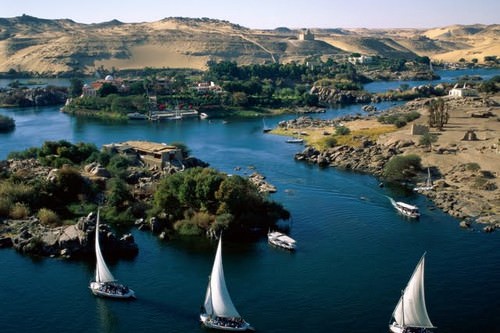 River Nile flows in the Northeast Africa and was known as the longest river in the world before some conflicting sources from a 2007 study gave the title to the Amazon river. The longest or not, the river holds its own royalness. It is 6,853 kms long and comfortably lodges some deadly species of snakes, spiders, crocodiles. Even if you manage to escape these predators, the diseases shall follow you. 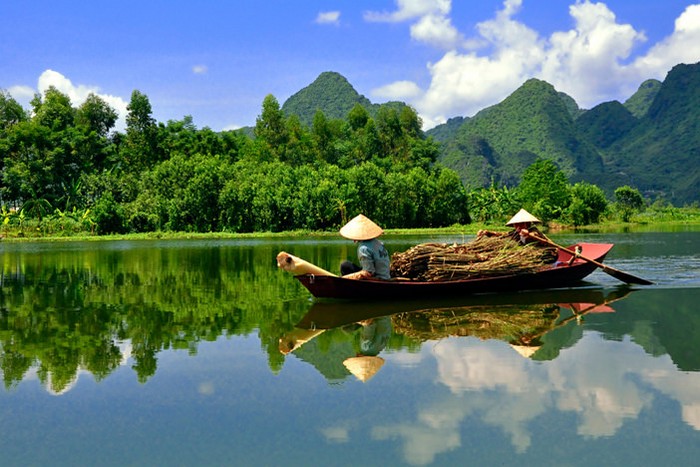 The 4,350 kms long Mekong river in Asia flows through China, Laos, Cambodia, Vietnam, Burma and Thailand. Despite flowing through all these countries, it is still just the 11th longest in the world. This river is impossible to navigate due to its unfriendly currents and enraging temper. It flooded in 2000 killing 90 people. The floods do not seem to stop as another one in 2008 caused $66 Million worth of destruction. The endangered Siamese crocodiles happen to exist in the small pockets of the river. 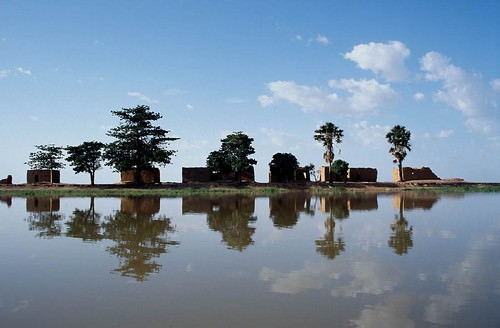 Niger river is the principal river of Western Africa which claimed the lives of over 5,000 people and 30,000 animals in 2010. When this 4,180 km long river burst its banks, it tends to destroys buildings and crops. It is known to have left millions of the African people helpless and starving by destroying their vegetation and livestock. The river is also a disease spreader. 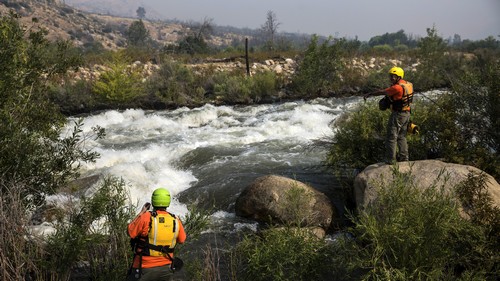 It is becoming usual to hear about bodies being discovered or still going missing around the Kern river in California. The popular river in the Sierra Nevada mountains attracts rock climbers and adventures and consequently, it has has also claimed many of innocent lives. Since 1968, the death toll has reached to 271. In 2014, two boys tragically drowned while swimming in the 264 kilometers long river. The drownings increase every year while the recent being in 2017 were of 8 people of which several are still missing. 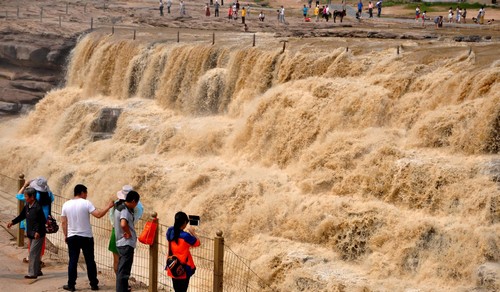 The yellow river in China also known as Huang He is a colorful looking river you should probably avoid. It is the third longest river of Asia and the sixth longest river system in the world. The source of its water are the Bayan Har Mountains. It has a reputation of being the most dangerous and destructive river in the world and is often referred to as the “River of Sorrow”. If a person ever falls in it, it is hard for the dead body to ever be discovered. The river has shamelessly changed its course over 26 times and has caused over 1500 floods whilst killing the millions who got in its path. And we all thought that yellow is a color associated with happiness! 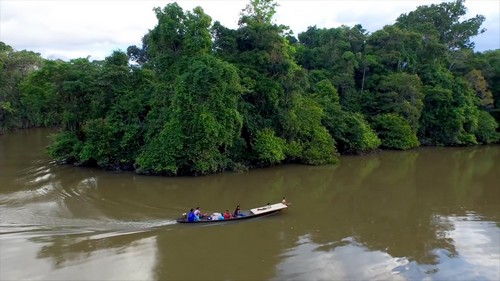 The amazon river located in South America is also mouthed by the Atlantic ocean and is the longest river in the world according to some authors. It is 6,992 km long which makes it impossible to navigate just like his Congo brother. The river hosts a diverse range of aquatic life and due to its undisturbed food chain, the fish in it can grow into abnormal sizes but that’s not what you should be afraid of. The Amazon river is a home to some of the biggest Anaconda snakes ever seen. Yikes!