How safe are those toys that we buy our children. Are we even aware of the components that are used to make those toys? Or do we just walk into a toy store and grab the toys that our kids request us to buy them? How many of us take a second to read through the manufacturer’s instructions and the substances that makes toys. Well, the reality will dawn on you while you are actually at the cemetery burying your child whose life was cut short by the exact toy that was supposed to apparently make them happy, and if you are lucky enough while you are at the hospital. Kindly go through the list below that I have compiled for parents out there of some of the most dangerous toys ever made. 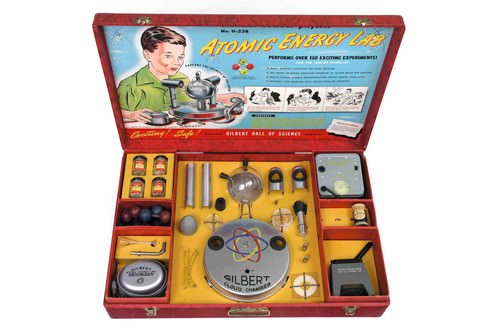 The Atomic Energy Lab toy is a number 10 as one of the most dangerous toys that were ever made in humankind history. The substances such as Uranium when included in children’s toys are not such a great idea. However, the manufacturers of this toy did not seem to put this into consideration perhaps because their primary interest was the profits, they would make ones the toy was sold. It was characterized in the early 1950s as the most complex Atomic Energy Lab that was used for educational purposes. It contained ore samples that had Uranium that made it a perfect fit to be categorized as highly dangerous for kids. 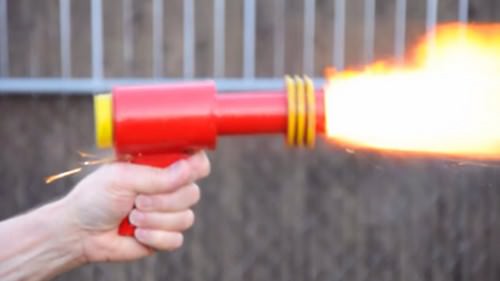 The Austin Magic Pistol is another toy that was built in the 1950s when nobody considered guns to be dangerous, and it took something unusual for a weapon to be prominent. The mode of operation of this pistol was mixing calcium carbide with water. Hence generating a fiery explosion that could send a ping-pong flying more than sixty miles per hour. Well if you paid attention during chemistry classes, then you can recall that is very hazardous as it explodes when mixed with water. When used correctly it can’t be dangerous, but the problem is that children started shooting their playmates with it, and I think you can guess the aftermath! 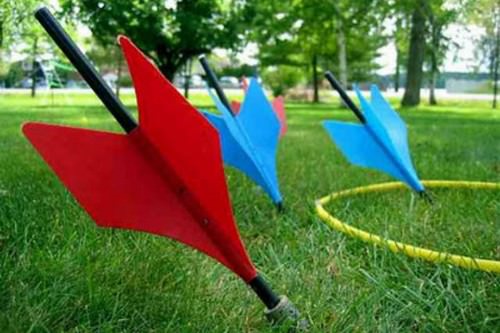 The Lawn darts are at number 8 as the dangerous toys ever made. The mode of operation of this toy had a great resemblance to that of the horseshoes, as it was initially invented to pierce lawns. However, as you all know how curious kids can get, they found other ways of using the darts that saw at least ten children sent to their maker leaving their parents devastated. This made the Consumer Product Safety Commission to ban it and authorize the complete destruction of any other sets that had been manufactured. 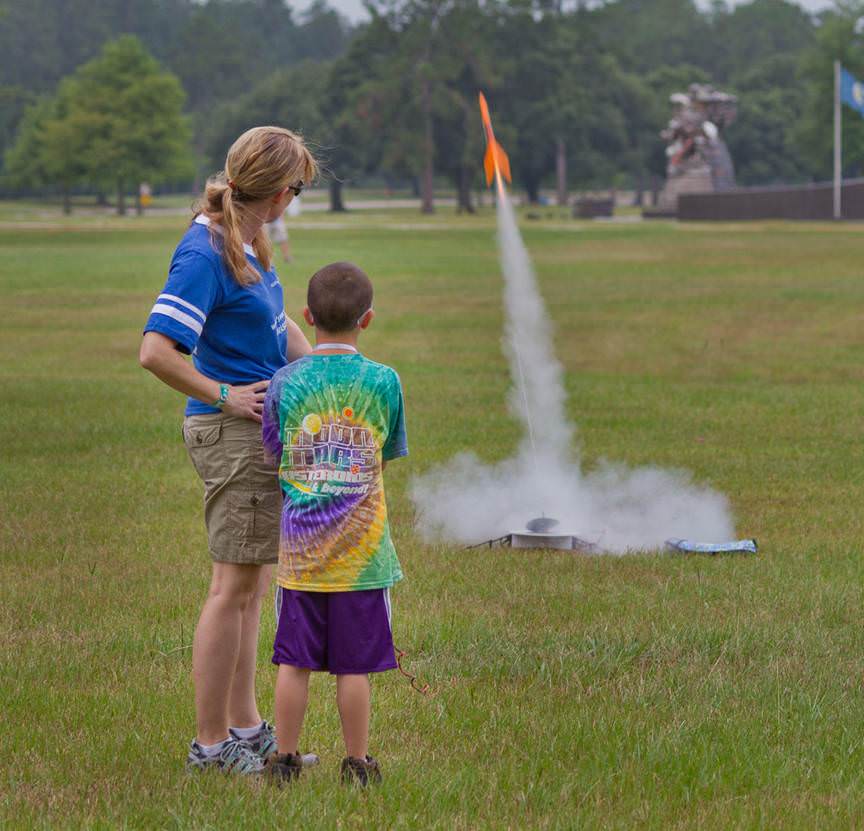 This toy was sold in 1997. It was a significant death trap because once the rocket was filled with water, it could blast off once the pressure was enough. However, sometimes the missile could not take off, and it could detonate on the hands of the innocent child. Over 37 reports of children suffering from lacerations were reported, and the toys were taken off the market. 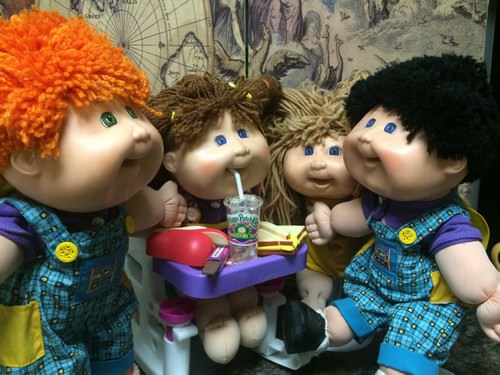 These dolls are at number 6 in this list. These toys were made with mechanical jaws that could feed on anything that they were fed. However, the dolls could not be able to differentiate between food and fingers of the children that played with the dolls. And, therefore the children who were unlucky became preys of the dolls. The dolls contained batteries that operated only on one way, and they were activated by the snacks that they were fed. Unfortunately, the dolls did not have a switch off button that made it difficult to control them when they chewed on the kid’s fingers. They were however banned from being sold later after Christmas. 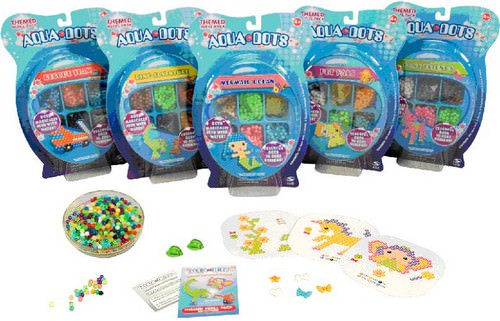 This was one of the most prominent toys in 2007. The toy contained small colorful beads that could be assembled into any design of your choice, because when the dots were sprinkled with water, they could glue together as the water activated that was in the coating of the beads fusing them together. However, several reports were made of kids who lapsed into coma and others vomiting after ingesting the beads. Research revealed that the glue after ingestion was metabolized into gamma-hydroxybutyrate, otherwise known as the date rape drug. The dots were sadly re-branded as pixos and are still sold today. 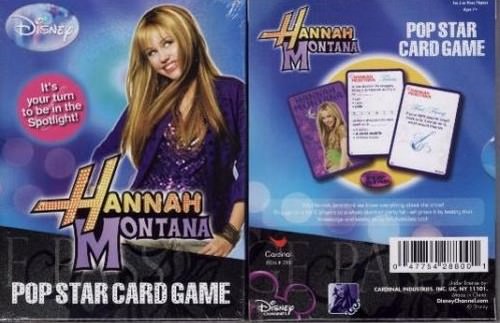 This pop star card games are at number 4 in this list. The American Academy of Pediatrics recommends that toys should not contain over 40pp million of lead because of it the second most toxic substance after arsenic. However, laboratory tests revealed that these cards contained 75 times lead the level of which was in excess. The cards were not banned from the market because apparently, the lead was in the Vinyl and not in the paint, something that had not been covered by the regulations.

This is the third toy that made it to this list. These boats nearly caused at least 30 kids to drown in 2009 contrary to what it was meant for! To keep the children safe while they were in the pool by keeping them afloat but the straps of the legs could tear making the baby slip into the water. The annoying thing is that the manufacturers, Aqua-Leisure was aware of this problem for six years, but they did not take action. However, the CPSC caught up with them and fined the company $ 650,000. 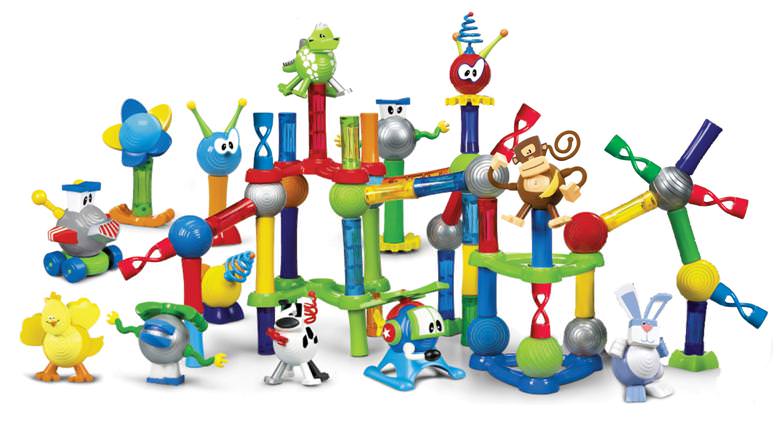 Kids will put almost anything they come across into their mouths, but the manufacturers of this toy did not seem to put this into consideration. The magnetix contained building sets made of plastics that could break open spilling small and powerful magnets that curious toddlers could quickly put them into their mouths and swallow them. This is very dangerous to the digestive system because they connect with each other forming huge lumps that cut off blood supply to critical organs when they twist intestines. This can lead to painful death in a matter of hours. This is evident, in 2005 when a 22 months old baby died after ingesting the magnetix. However, the toy was rebranded by Mega Bloks in 2008. 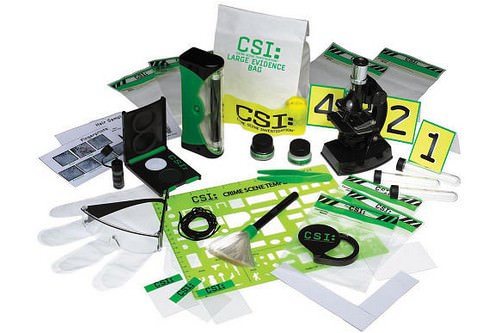 The CSI Examination kit is ranked at number 1. For those of us who are movie lovers, it is always interesting when the FBI is trying to solve a crime that ranges from murder to robbery. The manufacturers of these toys brought the fun to kids when they manufactured this toy. This kit enabled children using brushes and special powder to look for fingerprints. However, children started developing skin problems and investigations that were done in 2007, revealed that the powder contained asbestos, a chemical element that causes cancer in the long run. This made the kit to be banned from the market.

For any parent out there, for anyone hoping to be a parent one day, please don’t turn a blind eye to this information. Always be cautious so that you will be able to sleep soundly during the night. Find out more information about their safety from other parents.