Cartoons are loved by both children and adults. Walt Disney revolutionized the cartoon world with characters such as Mickey Mouse and Donald Duck. To this day, cartoon characters are loved and are considered some people’s favorite. Here’s some of the oldest cartoon characters. The longest airing cartoons that still haven’t quit. 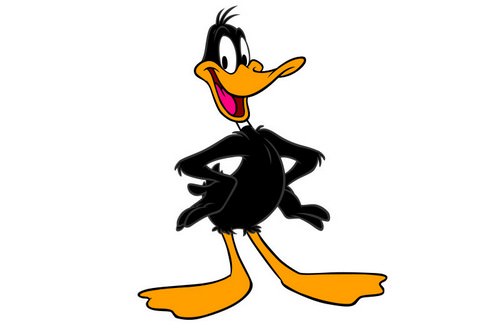 Daffy Duck made its first appearance in 1937’s short Porky Duck Hunt, made by director Tex Avery and animated by Bob Clampett. Daddy Duck was one of the first “screwball” characters and has starred in 130 shorts in the Golden Age.

He often appears with his sidekick Porky Pig and is shown to be a jealous rival of Bugs Bunny. The black duck is depicted as Bugs Bunny’s rival/friend in cartoon series such as Looney Tunes and Merrie Melodies. His female counterpart is Melissa Duck. 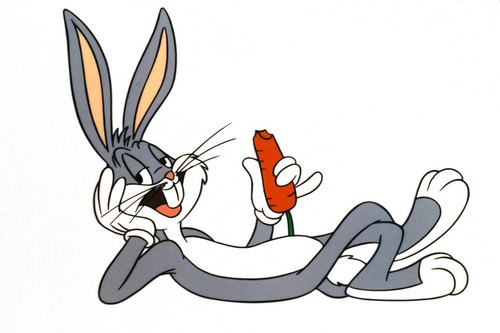 One of the most iconic characters ever made, Bugs Bunny appeared for the first time in 1940 in a Tex Avery directed cartoon named a Wild Hare. He was created by Leon Schlesinger and voiced by Mel Blanc during America’s the Golden Age of Animation.

Known for nearly always chewing a carrot, mischievous personality and Brooklyn accent, Bugs Bunny has starred and appeared in many films, TV series, comic books, amusement park rides. He became the main character in Merrie Melodies and the Looney Tunes series. Bugs Bunny has his own star on the Hollywood Walk of Fame. 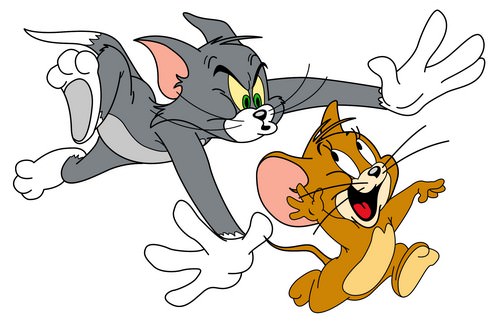 Created by William Hanna and Joseph Barbera in 1940 for Metro-Goldwyn-Mayer, the Tom and Jerry cartoon has become one of the most famous and loved cartoons ever. Their plot centers on Tom and Jerry, a housecat and a brown mouse’s never ending chases and fights. Tom chases Jerry, but Jerry almost always with due to his intelligence and agility.

The show won a total of seven Academy Awards for Best Animated Short Film. See also; 10 Things You Might Wanna Know About Tom and Jerry. 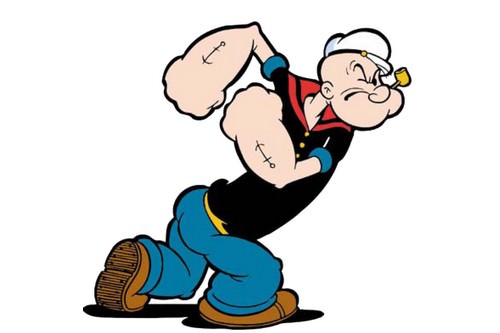 Popeye was first created in 1929 by Elzie Crisler Segar for his Thimble Theatre comic strip, which was later renamed after Popeye himself. In 1933, The Popeye cartoon series started by Max Fleischer Studios and then continued by Paramount Studios.

He is a sailor most famous for his pipe, his huge muscular arms that have two anchor tattoos, his squinting right eye. He also eats spinach to gain super strength, as he is able to lift heavy objects and save his fiancee Olive Oyl from villains. See also – Controversial Trivia of Cartoon Characters. 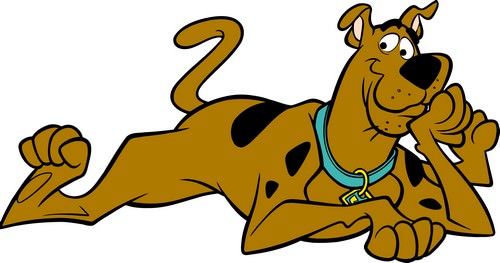 Scoobert “Scooby” Doo is the protagonist of the series with the same name that was created in 1969 by William Hanna and Joseph Barbera. Scooby Doo is a Great Dane whose companions are Fred, Velma, Daphne and Shaggy, his best friend who he shares same personality traits with.

Scooby Doo has a speech impediment, and often begins most words with ‘R’, but his friends understand him nevertheless. His catchphrase is “Scooby-Dooby-Doo!” Scooby Doo, Where Are You? Debuted on CBS network with its first episode “What a Night for a Knight” on September 13, 1969. 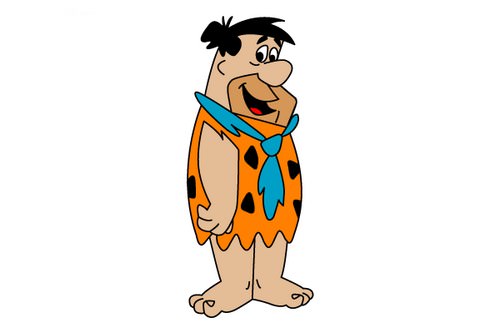 Frederick Joseph (Fred) Flintstone was created by William Hanna and Joseph Barbera. His first appearance was in 1960.

He is married to Wilma Flintstone and they have a daughter called Pebbles. Fred and Wilma are best friends with their next door neighbors Barney and Betty Rubble. They live in a prehistoric town where dinosaurs coexist with humans, as Fred has a pet dinosaur named Dino. His famous look includes his black hair, big nose and the orange loin with black spots cloth he wears with a tie. 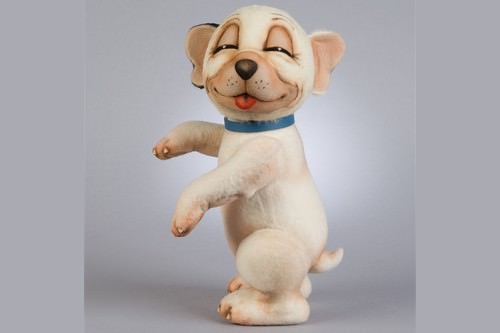 Loved by both children and adults, Bonzo the Dog was created in 1922 by George Studdy. His distinguishing features are his ears, one black and one white, a few black spots, a little tail and big blue eyes.

He appeared in films and on stage. By the mid of 1920s, bookstores, toy stores, department stores were all buying Bonzo’s merchandise products, such as toys, ashtrays, trinket boxes, car mascots,, jigsaw puzzles, books, and sweets. 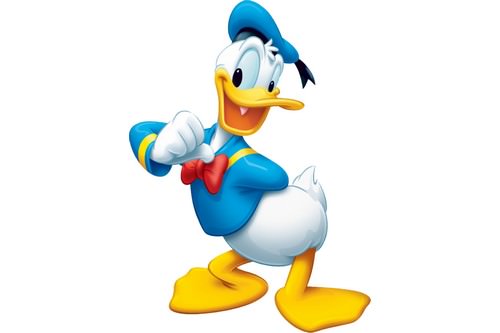 Donald Duck’s full name is Donald Fauntleroy Duck. He is one of the most popular cartoon characters out there. Also, most known for his trademark sailor shirt and hat and no pants, his short temper and many fights and silly, but loveable antics.

Most famously, he is also known for his love interest, Daisy Duck. See also, 10 Jobs That Donald Duck Has Attempted.

Mickey Mouse is one of the oldest and most known characters ever. He was ‘born’ in 1928, the date which his first picture started. Originally, the mouse’s name was Mortimer Mouse but he was given the name Mickey Mouse by Walt Disney’s wife, Lillian Disney.

His first completed cartoon is called Plane Crazy, which failed to impress distributors. The second cartoon was The Gallopin’ Gaucho which had the same result. However, Mickey Mouse succeeded in its first attempt with Steamboat Willie.

Mickey Mouse didn’t speak until 1929. His first words were “Hot dogs!”, voiced by Walt Disney himself.

Felix the cat was created in 1919 by cartoonist Otto Messmer and Pat. He is identified as one of the most popular cartoon characters of the silent era with his famous grin, black body, wide eyes and The Magic Bag of Tricks from which he can pull out anything he needs at the moment.

His first appearance was in a short film called Feline Follies and then made into print. King Features syndicated Felix in over 250 newspapers. By the end of the fifties, Joe Oriolo produced 264 five minutes episodes of Felix for Trans-Lux TV.