As children, everyone loves watching cartoons, and it never fails to make us laugh, watching the goofy behaviours of the characters. Till the 90s, before the new Cartoon Network came into being, one of the favourite shows of children was The Looney Tunes Show by Warner Bros. The most favourite characters, i.e. Bugs Bunny, Daffy Duck, Sylvester, Wile E. Coyote, Pepé Le Pew, etc. all justify the name of the show. In fact, if we take a serious look at the characters, most of them will be diagnosed with pathological conditions. So let us take a look at 10 Looney Tunes Characters who actually have Mental Disorders. 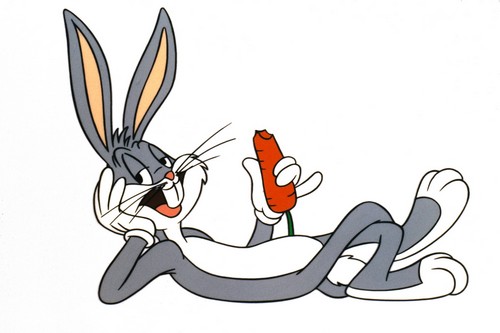 The toothy, grey, carrot-munching rabbit is one of the most popular characters. While his antics are funny, he has something disturbing. He shows rapid mood swings, and acts on impulses. He asks questions incessantly. It is likely that he has Borderline Personality Disorder. That’s not all. He’s vengeful, and maintains extreme calmness while performing acts of extreme cruelty. He is hugely manipulative, applying Reverse Psychology ever so often. He adopts disguises, especially of women to distract Elmer, all as part of his con. These traits are suggestive of Antisocial Personality Disorder. 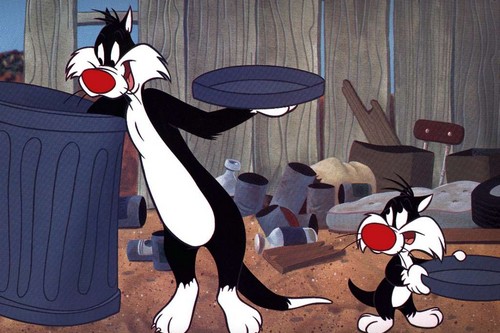 Though Sylvester is generally seen as the cunning cat who terrorizes the innocent Tweety bird, if it mostly Sylvester himself who has to suffer. He is subjected to many painful events, and yet, he is unable to break free from this dysfunctional relationship. He is so dependent on this toxic relationship that he tries to hurt, and gets hurt, and the vicious cycle continues. Yet, he doesn’t let go. Besides his Co-dependency traits, he probably also has Bulimia, possibly rooting from this relationship. Bulimia explains his inflated body, and obsessive eating and regurgitating of Tweety. 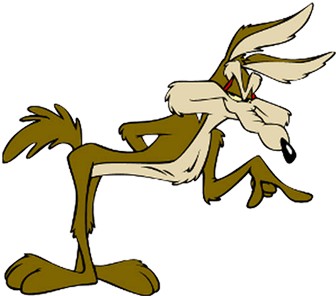 Wile E. is obviously intelligent, what with the elaborate plans and schemes that he hatches to capture the Road Runner. But the amount of time and energy he puts into his coveted prey, repeatedly, despite his failures, shows how much of a fanatic he is in this regard. These traits are manifestations of his possible Obsessive Compulsive Disorder. He could also be suffering from Anorexia Nervosa, evident from his skinny physique, and his elaborate method to prepare – or capture – his food. His obsession is with the Road Runner, while ignoring food from a ready source.

Pepé Le Pew is a self-absorbed, romantic skunk who falls hopelessly for the Penelope the cat. Pepé is obsessed with having an intimate relationship with the poor cat, trapping her in his arms every now and then, and having fantasies of love, all indicative of Hypersexuality, or to be more specific in case of Pepé, Satyriasis, with obvious obsession with being a man. His Narcissistic Personality Disorder is quite apparent, too, what with his obvious pride, and even fakes his death to manipulate Panelope. He has no regard for her consent, and probably can’t imagine that she might not be interested. 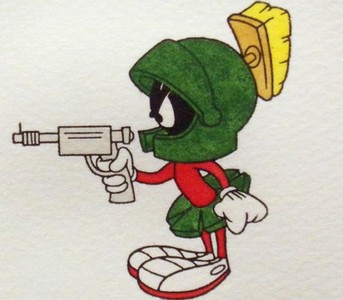 This little man from Mars with a pet dog has the megalomaniacal ambition to conquer the world and is possibly trying to compensate for his stature, indicating that he suffers from Napoleon Complex. In the process, he can, without remorse, disintegrate anyone who comes in his way, with a calmness that only shows his Antisocial Personality Disorder, further explaining his disregard for safety. Strangely, he believes he can single-handedly take over the entire earth, an impossible task even with the most advanced technology at his disposal, clearly stating that he has Delusional Disorder. 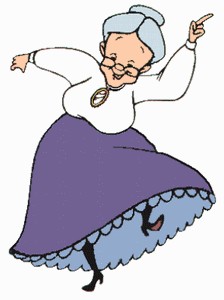 Granny is warm, Granny is adorable, Granny is capable of doing everything, from a shamanic spirit dancer to a bird whisperer, from a crime fighter to kung-fu master – except, she is very old, and is probably suffering from a case of Alzheimer’s. Clearly, her feats and her talking bird are nothing but her delusions, and she shows many signs that are commonly considered symptoms of Alzheimer’s. Her early works she the onset of dementia, while gradually, she becomes more and more delusional. She also shows tendencies of confusion, language breakdown, and even irritability and aggression.

Porky Pig might have been minor as a character, but the lovable pink pig found his place on the logo of the show, bursting through a drum. He has a bent stance, with his legs and spine slightly bent and his arms often akimbo, and he also has a stuttering problem. These can be considered as indicators of Parkinson’s disease. He is extremely well-dressed and clean, especially for a pig. This could be because he has developed Obsessive Compulsive Disorder, stemming from ridicule because he has to face due to his speech impairment. OCD explains his obsession with repetitiveness, and anxiety. 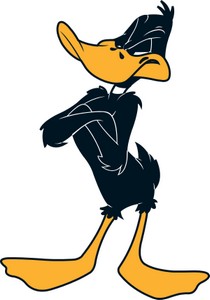 Daffy Duck, with his explosive energy and agitated attitude, is another of the leading characters, and has some classic symptoms of Attention Deficit Syndrome, which is probably why he is so easily distracted. Besides short attention span, hyperactive personality and high energy, all of which direct towards ADD, he also has other problems like insecurity, poor social skills, rapid outbursts of temper, delusions and hallucinations and disorganized thoughts and speech, which could be because he also has Schizophrenia. His suspicion about everyone could be a signal of Paranoid Personal Disorder.

The ginger-haired man is a violent person with a short temper which he cannot control, putting squarely into the Senile Agitation category, especially because he is elderly. His nervous ticks, movement disorders and the tendency of spontaneous utterance of objectionable words could also be indicative of Tourette’s syndrome. Sam’s Antisocial Personality Disorder traits come across through his disrespect for the law, his irritability and aggression, and his deceitful ways of dealing with others, resulting in fights. He also disregards other’s rights, and is unable to delay gratification. 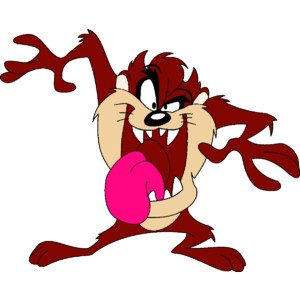 Taz is generally a hyperactive but complacent marsupial with a child-like excitement about things, especially food, but he transforms into a raving individual when ticked off, thus becoming Tasmanian Devil, a destructive cyclone, and indicating his Intermittent Explosive Disorder, complemented by his violent mood swings. His distractibility, confusion and hyperactivity are symptoms of Attention Deficit Hyperactivity Disorder. Besides unbounded craziness, he has delusions general disorder of activity, which say that he has progressed to schizophrenia, causing deliriums and cognitive deficits.

There are many other characters from the show that might also be having some psychological condition. The cute and innocent Tweety shows tendencies of Dependent Personality Syndrome, while the socially awkward Egghead Jr. has Social Anxiety Disorder. Elmer Fudd most likely suffers from Post-Traumatic Disorder and anger issues, and is easily manipulated with reverse psychology. It isn’t just the Looney Tunes: many other comic/cartoon characters have such conditions, including Disney characters, and even the superhero Batman. Welcome to the world of adults.