Children’s Comic/ Cartoon Characters with Psychological Disorders: We all love cartoons, particularly for the goofy characters who behave in crazy, whacky ways. But if we try to think what it might be like for a real person to have their traits, it might not look like a good idea. Dig a little deeper into these characters, and it might actually look like the characters have certain mental disorders. Let us take a look at some of the beloved cartoon characters with psychological disorders. 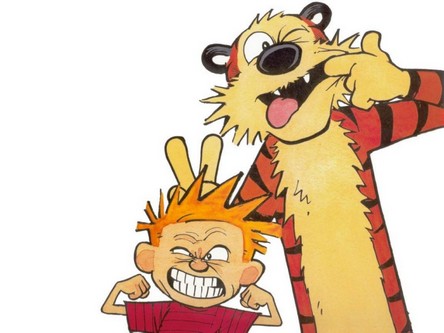 Calvin is a six-year old boy from the famous comic strip Calvin and Hobbes, with a stuffed tiger named Hobbes. Calvin believes that Hobbes comes to life when no one else is around, helping him fight enemies, complete science projects and reflect upon philosophies of life. While this seems as simple as a child with imaginary friends, it could something deeper: Calvin might be suffering from schizophrenia. He hallucinates constantly about huge adventures with his tiger. It might not be as harmless as a child’s hyperactive imagination, since Calvin is too enamoured in his imagined world. >> 10 Controversial Details of Cartoon Characters. 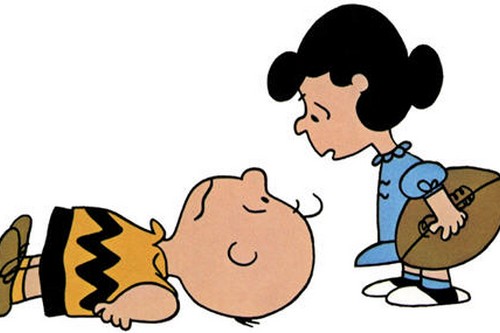 Peanuts has remained a popular comic strip, and eventually became a show, with Charlie Brown, a seemingly optimistic boy who is often overcome with the thoughts of his own shortcomings. He is scared that people are picking on him, even though they are not, and it is likely that the thought rises from his insecurities about himself, which eventually lead him to not make close friends with anyone. The lovable and endearing boy’s ‘sessions’ with Lucy shows his fear of being rejected. All in all, it is safe to say that Charlie has the psychological condition of Avoidant Personality Disorder. >> 10 Facts About Disney Characters. 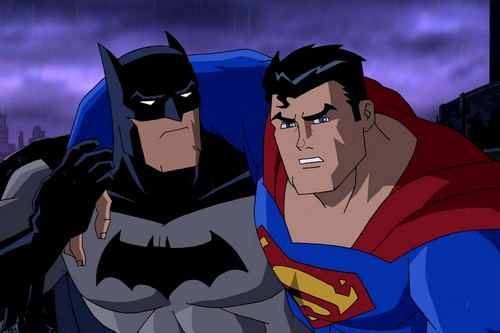 Batman, the lead character of the eponymous comic book series by DC Comics, has an alter ego, Bruce Wayne, and shows tendencies of Schizoid Personality Disorder, or even Schizotypal Personality Disorder. He is notorious for his inability to maintain long-term relationships. He is likely to suffer from Post-Traumatic Stress Disorder, having witnessed his parents’ death, and it possibly makes him Depressive. With his real identity hidden, he bends the laws and takes risks, showing Anti-Social tendencies. He is quite a Diagnostic and Statistical Manual of Mental Disorders. >> 10 Amazing Facts About Garfield. 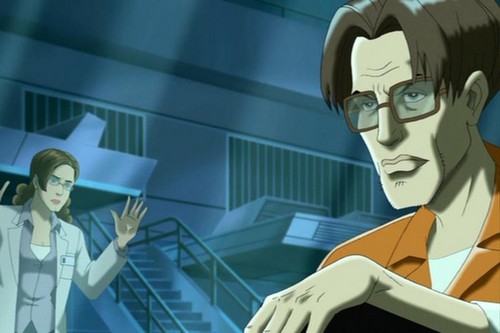 Hulk is one an extremely popular superhero created by the Marvel Comics. He is the inner monster of the scientist named Bruce Banner. Though is the lovable monster, is it obvious that he suffers from psychological disorders. The first, and the most obvious problem he has is his anger issues, i.e. the Intermittent Explosive Disorder. The other problem he has is Multiple Personality Disorder or Dissociative Personality Disorder. In fact, before the ‘Professor’ Hulk came into being, he had the three separate personalities of Green Hulk, the Gray Hulk and the Guilt Hulk, all residing in his mind. >> 10 of The e Donald Duck’s Jobs. 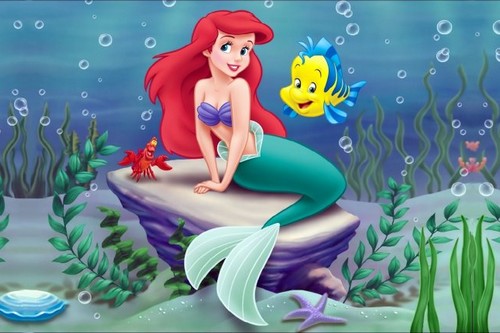 The Little Mermaid, Ariel, is one of the most endearing Disney princesses, complete with undying love, big dreams and innocent beauty. But, look beyond the uncomplicated plot, and you will find things questionable. Let’s keep aside her extreme behaviour of changing herself to be with a being of another species, only because he is good-looking, and take a look at her more harmless habit of hoarding. Yes, Ariel, with her cave filled with items she is so attached to that she cannot part with them, even though many of them serve no purpose, proving that she obviously has Disposophobia. 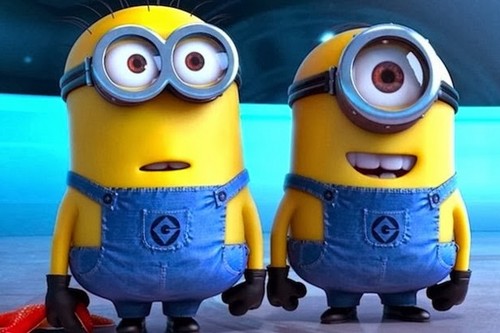 We know that the tiny, yellow, freaky-eyed Minions of Despicable Me are exceptionally cute, and you would keep them as pets if you could have it your way. So would we. Who doesn’t love their funny, silly antics, always goofing off and getting curious about everything around them? They get easily distracted and shiny-eyed by anything that is even strange to them. They are keen on having fun. They are playful, and have an adorable inability to control themselves from acting on their impulses. All in all, they show and maintain the true spirit of Attention Deficit Hyperactivity Disorder. 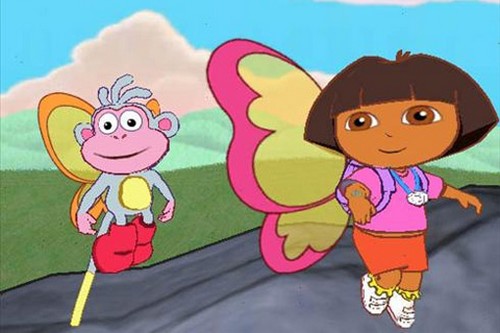 The seven-year old Dora from the well-known educational children’s cartoon show, Dora, the Explorer, is adventurous and jolly, with a penchant for travelling. She goes on journeys that are too risky for someone of her tender age, and loses her way. To cope with the stress, she forgets about these. She also has the tendency to imagine friends, and she also hallucinates almost every object with a face, personifying them in her mind. She has Dissociative Fugue, which causes her to go on trips and forget all about them, while Paranoid Schizophrenia makes her hear voices and hallucinate. 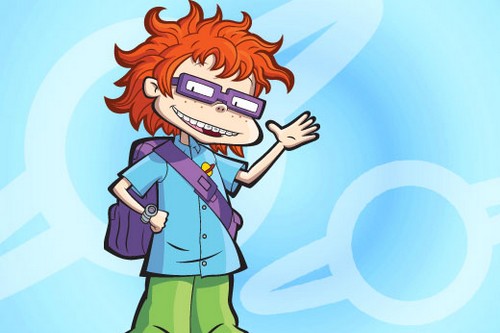 The red-haired, bespectacled toddler, Chuckie, with his rabbit-teeth, loose clothes and freckles, from Rugrats, is scared of almost everything. So, the baby in diapers is scared. Is that a big deal? There are so many children who are scared of something or the other, while the other kids are the daredevils. Well, Chuck gets us worried because he has his own comfort zone, and he gets really nervous when he is taken too far from his element. From germs, to height, from sandboxes to watermelons growing inside him, Chuckie is terrified of everything, due to his Generalized Anxiety Disorder. 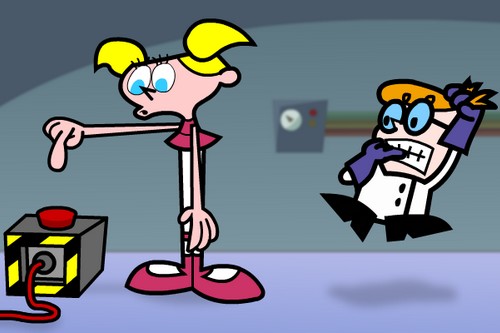 The tiny boy-genius, Dexter, from Dexter’s Laboratory, is a cute little thing, with his own secret laboratory and an annoying sister, Dee Dee. What if we told you he has some kind of a psychological disorder? If anything, it’s the hyperactive and distractible Dee Dee who looks like she is in need of some help. But, if you observe carefully, Dexter shows the classic symptoms of Asperger’s Syndrome. He struggles with social interactions, and admits that he is unpopular. He has a limited range of interests, with repetitive behaviours, and his strange accent could be representation of his communication difficulties. 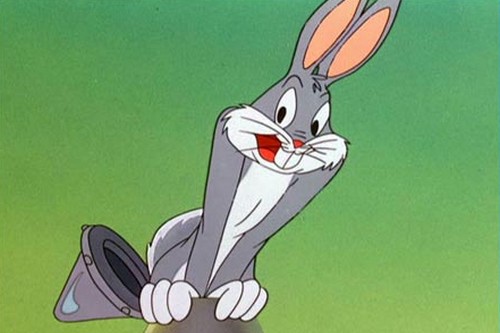 Bugs Bunny from the Looney Tunes is a very popular cartoon character, with his funny antics and crazy disguises. But he also shows signs of mood swings and impulsive behaviours, leading to the implication that he might have Borderline Personality Disorder. He is very vindictive, and it is extraordinary how calmly he performs acts of cruelty or violence, along with the fact that he adopts different disguises, as parts of his cons to escape being shot. All these traits are manifestations of his Anti-Social tendencies. Many of the other Looney Tunes characters, too, have mental disorders.

Besides these cartoons, there are several other characters that, on proper diagnosis, will reveal their psychological disorders. Glen Quagmire from Family Guy, for instance, has the condition of Hypersexuality, while Homer Simpson from The Simpsons suffers from Intermittent Explosive Disorder. There are also even some theories about many characters that might be bizarre but totally make sense, perfectly explaining the causes behind their strange behaviours, like those of Tom Cat, Courage the Cowardly Dog or Scooby and Shaggy.