Have you ever heard about the first African-American princess, Tiana? She was the only princess of Disney with dimples, or Mulan. The famous princess based on an ancient Chinese legend of Hua Mulan. She was a female warrior, famously described in the poem, “The Ballad of Mulan”. The stories of most of the bravest women from history or mythology have been adapted in the comic’s universe, to tell those sagas in a colorful way to the children, or even to the adult readers. Even the gaming industry adopted some of the famous female characters with historical importance. These tales are about the historical significance of those princesses in colored comics’ pages; princesses who are attached mythically, historically or socially with real life scenarios, but, long forgotten. Here is the list of Top 10 Forgotten Princesses adapted in comics. 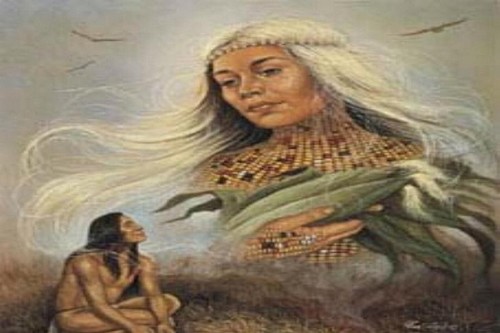 Corn Maiden, also called Corn Mother, is a mythological figure believed to be responsible for the origin of corn or maize among indigenous agricultural tribes in North America. Local legend tells about the overflowing corn storehouse when she was around. In the Arapaho tradition, to get rid of her, they tied her up and drowned her in the river, while, in the Zuni’s culture, she was frightened by the erotic gyrations of the male dancers. In the Tepecano version of this tale, when she spends her first night after marriage in a private room in her husband’s family house, it’s full of corn in the morning. According to other local legends, she was supposed to secretly produce grains of corn by rubbing her body, or by literally popping corns out and filling bucket after bucket. 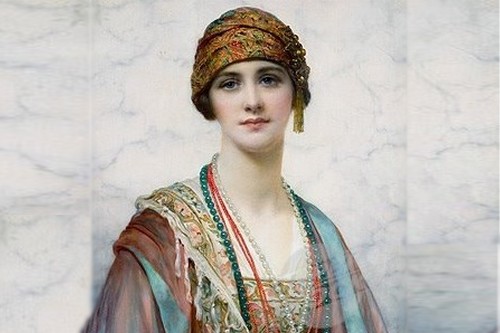 Shajar al-Durr, meaning Tree of Pearls. Actually played a crucial role after Sultan As-Salih Ayyub’s death during the Seventh Crusade against Egypt where the Battle of Fariskur took place and King Louis IX was captured. Shajar, described by historians as a beauty with the brain, started her life as a Turkish servant, purchased for the Sultan of Egypt. While being in a relationship with Aybak, Shajar al-Durr firmly established the Mamluk dynasty.

After she fought and captured King Louis IX, Shajar al-Durr negotiated a treaty to return the captured king to his country for ransom amount of 400,000 in the currency used in France during the middle age which was roughly about 30% of France’s total annual revenue. She was later caught in the act of killing Aybek and imprisoned by Aybek’s first wife who executed her by beating to death by servants with wooden clogs, and later her naked corpse was dumped over the wall of the city.

According to Greek mythology, Pasiphaë was the Greek queen and the daughter of Helios, the Sun. She married King Minos of Crete and was known for giving birth to Asterion aka Ruler of the Stars, also called the Minotaur by the Greeks. She was famous for having irresistible sexual drive towards a bull that Poseidon gave to King Minos. King Minos, also ironically the son of Zeus, took the form of a bull and mated with his mother Europa. Being a Bull Goddess, when Pasiphaë got to know that her husband was cheating on her, she made a charm such that if he slept with anyone he would ejaculate serpents and insects. But, Procris, the daughter of the ruler of Athens, laid with Minos with a protective herb. 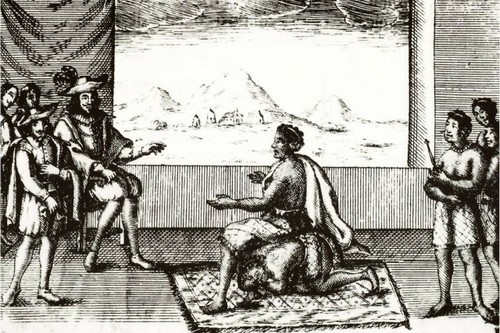 Queen Anna Nzinga was a 17th-century queen of the Ndongo and Matamba Kingdoms of the Mbundu people in Angola. Being the daughter of King Kiluanji, she was named Njinga, derived from the Kimbundu verb, Kujinga, which means, to twist or turn, because her umbilical cord was wrapped around her neck. When her brother was captured by Portuguese, she visited and demanded her brother’s return with a promise to leave Ndongo. At their meeting, the Portuguese offered her no chair but a floor mat to sit on, as a sign of disrespect.

In response, Nzinga ordered for one of her servants and sat on the servant as a chair. After she moved south, she started a new country by conquering the cannibal tribe known as the Jaga. According to local legend, Nzinga obtained a large group of 60 male harems at her disposal. Her men fought to death in order to spend the night with her, while, after a single night, they were put to death. It is also said that Nzinga made her male servants dress as women. 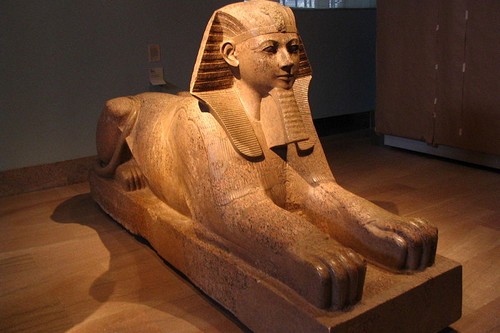 Hatshepsut, which means, The Foremost of Noble Ladies, was the fifth Pharaoh of the Eighteenth dynasty of Ancient Egypt, whose mother gave birth to her in a lion’s den. She was one of the greatest pharaohs from Egypt, besides King Tut or Nefertiti. The New York Metropolitan Museum of Art has an entire room devoted to her. Fifteen hundred years before the birth of Jesus, she ruled her land for twenty-two years. She ruled Egypt wearing men’s clothing, including the pharaoh’s false beard. According to Egyptologist James Henry Breasted, she is the first great woman in history of whom we are informed. She constructed the Temple of Karnak and restored the original Precinct of Mut. Nine golden cartouches bearing the names of both Hatshepsut and Thutmose III were found in Karnak. 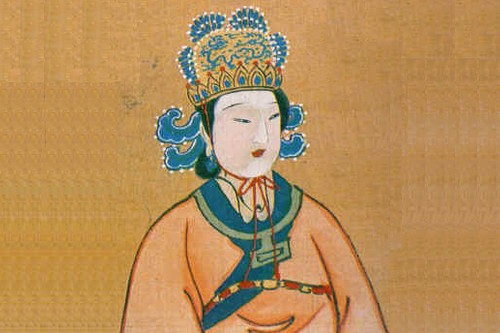 Wu Zelian, also known as Wu Zhao; China’s only female emperor in more than 4,000 years of ancient history who lived during the Tang dynasty. Wu was married to the Emperor Taizong and after his death, she married his successor and ninth son, Emperor Gaozong. After Gaozong’s died due to cardiac disease in 690, she ruled China until 705 AD. She had an enormous network of her secret police intelligence posted all over China and also famous for her “human pig” torture where all limbs and tongue were removed. Besides marrying twice, she also carried on an affair with a Buddhist monk, Huaiyi, in around 685. Her period of political and military leadership includes the major expansion of the Chinese empire beyond its previous territory, deep into Central Asia, and the upper Korean Peninsula. 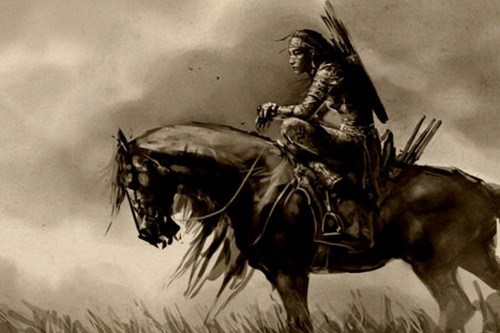 Khutulun was the most famous daughter of Kaidu, the most powerful ruler of Central Asia, and the niece of Kublai Khan. Her name was founded in Marco Polo’s and Rashid al-Din’s writings. According to Marco Polo, Khutulun was described as being a superb warrior who fought beside her father in many battles.

When Emperor Kaidu desperately wanted to see his daughter, Khutulun’s marriage, she refused to do so unless she got the appropriate man who could defeat her in wrestling. With the consent from his father, she set up an offer for all the men in the dynasty to beat her in wrestling and marry her. But, the condition on the other side was, if someone lost the battle with her, he should present her 100 horses. But, no one was able to beat her, and she gain 10,000 horses. Khutulun is considered one of the last great nomadic warrior princesses. 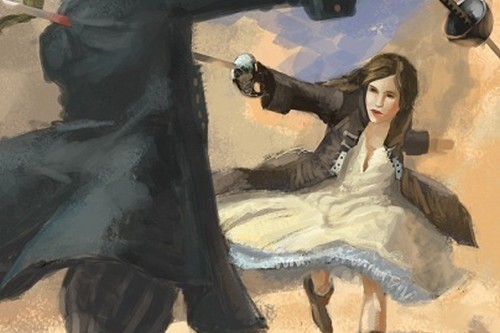 Julie d’Aubigny, better known as Mademoiselle Maupin or La Maupin, born in 1673, was an amazing swordswoman and opera singer from 17th-century. She used to dress as a man from her early ages while learning dancing and fencing. This bisexual celebrity attended a royal ball while dressed as a man, thrown either by Louis XIV or his brother. She was famous for her Opera voice and debuted as Pallas Athena in Cadmus et Hermione by Jean-Baptiste Lully. But, when she kissed a young woman at a society ball and was challenged to duels by three different noblemen, she had to interrupt her career and leave Paris. Théophile Gautier in his novel Mademoiselle de Maupin (1835) based the title character, Madeleine de Maupin, on her. 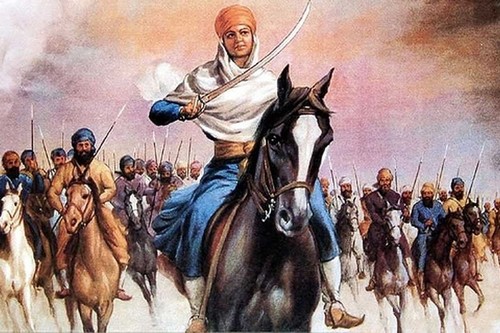 She was taken from the real historical character, Mai Bhago, whose name, after converting to Khalsa, was Mai Bhag Kaur as Kaur was a surname all female Khalsas took. This 18th century Sikh warrior-saint was the only survivor of the Battle of Khidrana to save Gobind Singh Ji, who founded the Khalsa. Mai Bhago was born at her ancestral village of Jhabal Kalan, presently Amritsar. She was a Sikh by birth and later married to Nidhan Singh Waraich. At that time, India was ruled by the Mughals and Aurangzeb was the emperor when he sent imperial army in pursuit of Guru Gobind Singh. Mai Bhago stopped and challenged them near the pool of Khidrana with her forty Sikh warriors who attained martyrdom in this battle. Guru Gobind Singh Ji took Mai Bhago into his care and later, she was known for being one of his bodyguards, in male attire. 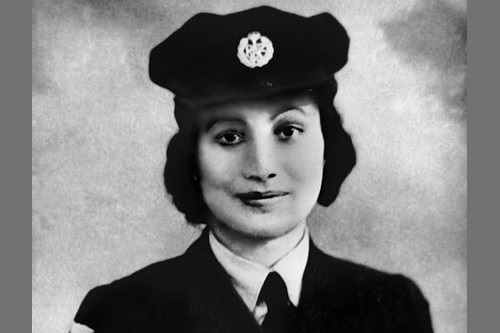 Noor-un-Nisa Inayat Khan was an Allied Special Operation agent during the Second World War, and was later awarded the George Cross, the highest civilian award of the United Kingdom and other Commonwealth nations. Belonging to an Indian origin, she was born in Moscow and began working as the only radio operator in occupied Paris. Where the average life span of that job was around a month due to heavy World War II chaos and continuous Nazi attack, she, with her amazing skills and bravery, lasted for almost 5 months. Her father, Hazrat Inayat Khan, was a noble Muslim Sufi who was a personal friend of Mahatma Gandhi. She was also the 2nd Class Aircraftwoman in Women’s Auxiliary Air Force. She was eventually caught, when a double agent betrayed her to the Nazis, and was moved to the Dachau Concentration Camp and shot dead.

There are many more females throughout the history and mythology whose tales deserve to get adapted in recent movies or comics. We always hope to see them in those mediums so that we can know about their significance in our history. Local legends are always fascinating and sometimes, more thrilling than fairy tales, and they also consist of many female characters who were brave, beautiful and absolute worthy to become the central characters of any productive media. With this dream, we end this list here and take a bow to all those brave warrior-princesses who were famous in their own ways.