When we think of the beautiful and gorgeous princesses on the silver screen, we can’t help but think of the legendary characters created by Disney/Pixar. From Snow White to Elsa, all the beautiful, charming, strong and empowered princesses seem to belong to Disney. However, there are many other animated movies with plots revolving around princesses, or have a princess playing a pivotal role in the story. So, let us take a look at 10 Non-Disney Animated Princesses who are Just as Awesome. 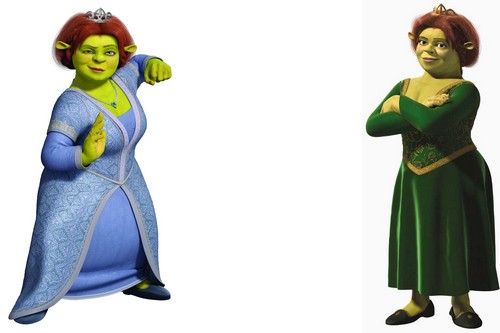 Dreamworks’ Shrek series is one of the most popular modern-day fairy-tales with a twist, where the forever-ever-after kind of love touches the hearts of two beings who are not conventionally beautiful. Princess of Far Far Away, Fiona Lillian, breathes life into the story as the cursed human who later turns into an ogress, leaving behind her dual life of turning ogress after sunset. She is like any princess, wishing to be rescued by the prince of her dreams, but she isn’t afraid to throw some kicks and punches herself. Both as a human as an ogress, Fiona is unconventional and mind-blowing. 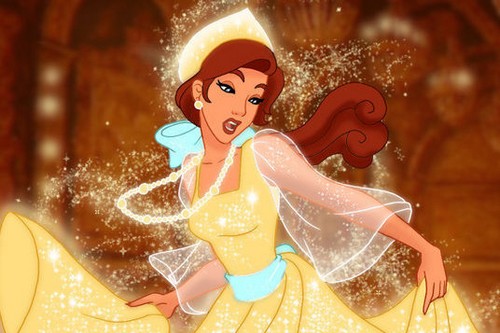 Former Disney animation directors Don Bluth and Gary Goldman directed the Fox Animation Studios produced musical, Anastasia, distributed by 20th Century Fox, with the story based on the urban legend that Grand Duchess Anastasia Nikolaevna of Russia survived the execution of her family. In the movie, Anastasia, who goes by Anya, has no memory of her royal connection, and in a quest to find her family, sides with two conmen who note her resemblance to the Duchess. Anya is funny, spunky and bright, with a brutal honesty. She does not behave like royalty, and is not afraid to fight. 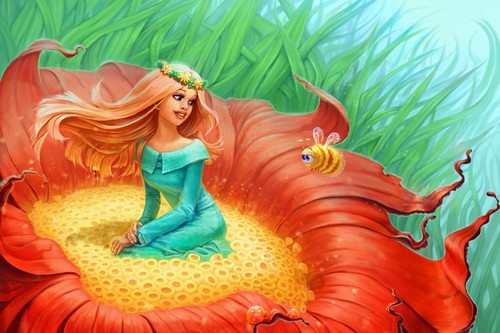 Produced by Don Bluth Entertainment, released by Warner Bros. Family Entertainment and distributed by 20th Century Fox, the movie Thumbelina’s titular character is an extremely popular non-Disney princess. Mostly, everything about her is very traditional. She is beautiful, with long, strawberry-blonde hair and blue eyes. She is sweet and romantic, and despite her tiny, thumb-like size, she has a big heart full of love. Though she isn’t royal by birth, she eventually becomes the princess of the fairies after marrying Cornelius, the prince of the fairies who saves Thumbelina. 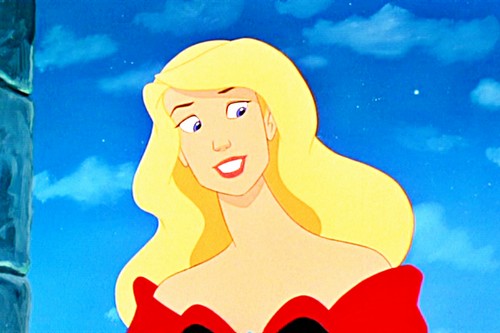 The Swan Princess, produced by Nest Family Entertainment and Rich Animation, and distributed by New Line Cinema, is based on the legendary ballet named Swan Lake, and was directed by former Disney animation director, Richard Rich. The golden haired princess, Odette, has the capability to turn into a swan during the day and return to her human form at night. She is sweet, gentle and kind, and is caring towards her loved ones. She is also quite brave, and is not afraid to speak her mind. She is married to Prince Derek who saves her, and has a daughter, Alise whom she adopted. 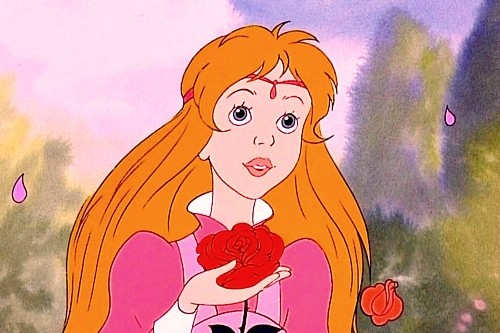 The European film, The Princess and the Goblin, an adaptation of an 1872 novel, was distributed in America by Hemdale Film Corporation, A. Film A/S and J&amp;M Entertainment, in United Kingdom by Entertainment Film Distributors and in Hungary by Budapest Film. The young Princess Irene is an adorable girl with large eyes and ginger hair. She is very cute, and is kind and caring. She is quite a courageous little girl, and is ready to embark upon adventures, even if it means she has to go alone. She is also known to have a vivid imagination. She can go the extra length to save her loved ones. 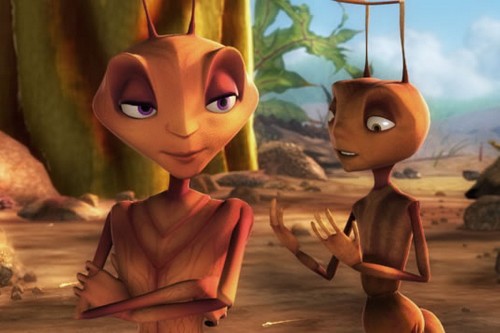 Bala is the princess of the ant colony in DreamWorks Animation’s Antz. Despite her tiny size, she proves that ants are a people, too, and a very well-organized, self-respecting one. Bala herself is independent minded, and hates to see her colony suffer while being cooped up in the Ant Hill. The blue-eyed beauty is kind and caring, and loves dancing. She is also strict and stern, and is quite headstrong. Her motto is to protect the ant colony from the General Mandible, her former fiancé, and marry Z. Though she prefers to fight with her fist, a chair is sometimes her weapon, too. 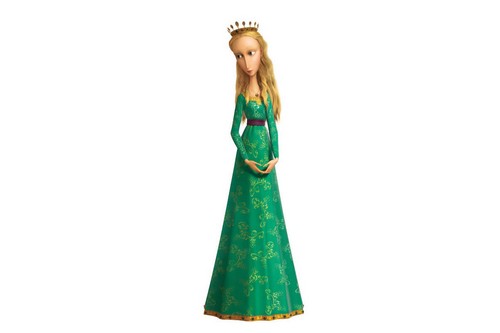 The Tale of Despereaux is a Universal Pictures film based loosely on a fantasy book by the same name. While the story is essentially about the brave mouse Despereaux Tilling, the human Princess Pea is also an important character. Despite her lack of heroic traits or achievements, Pea, the princess of Dor, is still a lovable character. She is so upset after her mother is literally scared to death by a rat named Roscuro, that she insults Roscuro. She is worried about her grieving father, the king. She is kind, and befriends Despereaux. Her heart is big enough for her to later apologises to Roscuro. 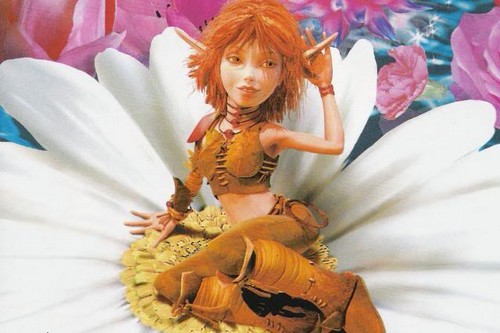 In the French/American movie series Arthur and the Invisibles, Selenia, the princess of the Mnimoys, is one of the pivotal characters of the films. She is 999 Minimoy-years old in the first movie, which is about 10 human years. She has ginger, pixie-cut hair, with bronze-orange eyes to go with it. She is athletic, and desperate to prove herself worthy of taking the responsibility of the throne when the time comes. She is mostly dressed ruggedly for adventures, but slips into the super-cute dresses. She is not the one to wait around to be saved, and is strong enough to defeat her kidnapper, Maltazard. 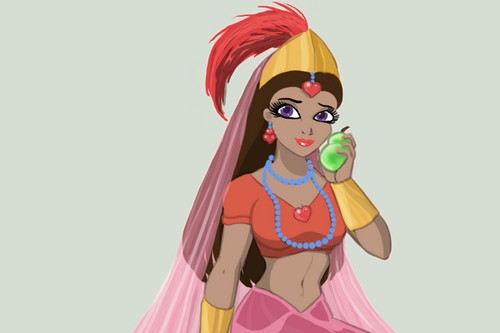 British animated film The Thief and the Cobbler has a troubled history of 28 years, and its edited versions are called The Princess and the Cobbler and Arabian Nights. In the film, one of the main characters is Princess Yum Yum in this legendary animated movie. Yum Yum is the princess of the Golden City. She is outlandishly beautiful, with black hair, dark skin and large eyes, and is dressed in exotic clothes. She is also intelligent, brave and a go-getter. She saves the life of the cobbler, Tack, whom she falls in love with. She is confident, and knows she is cleverer than any man in her town. 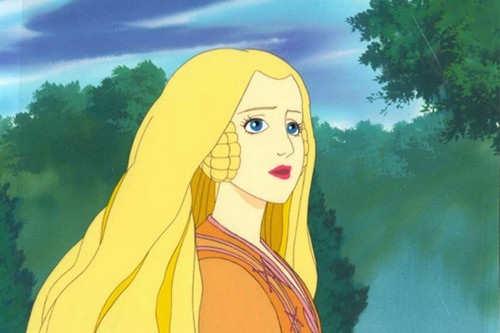 The Flight of the Dragon is an ABC Warner Bros. distributed film, based loosely on a combination of a novel named The Dragon and the George and speculative natural history book bearing the same name as the film. Princess Melisande, daughter of the Green Wizard Carolinus, is sadly a much-forgotten princess, though she has shown traits that should have made her more memorable. She has a traditional look, with golden hair, blue dreamy eyes, red lips and pale skin. Melisande is extremely courageous, and risks permanent insanity for her loved ones. Plus, she has a pet dragon.

There are several other princesses with memorable personalities, like warrior princess Xeno from Hercules and Xena or Princess Cholena from An American Tail: The Treasure of Manhattan Island. If we take into consideration films from around the world, some very remarkable princesses have been portrayed, especially in Japanese movies. Some of the Japanese princesses are Kaguya, Mononoke, Toyotomi, warrior princess Nausicaa, etc. Even in the Barbie film series, the princesses are shown with a different, Barbie-like twist. Besides, there are numerous other non-Disney women who might not be princesses, but are nothing short of being excellent and unforgettable.