Since 1937 when Disney featured its first film with the plot revolving around the life and adventures of a princess, many strong-willed women have been depicted in their animation movies. They have all dealt with the situations in life in a way that the characters in the fairy-tales from which they were adapted were unable to do. Over the years, the princesses have evolved. The Disney royalties are no more dependent on the Knight in a Shining Armour to save them. The stories have all had one thing in common: a Prince, a true gentleman with the best intentions and a lot of love nestled within a golden heart. While everyone from little girls to adults are absolutely in love with Disney princesses, we often overlook the presence of the princes. Let us look at some of the favourite Disney Princes. 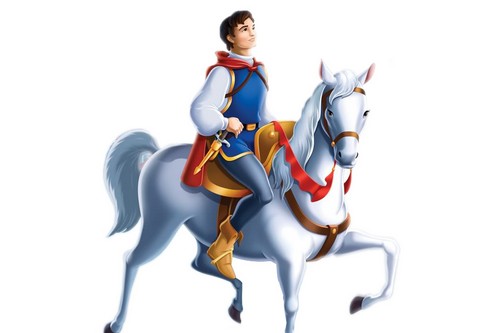 Often referred to as The Prince, Florian’s greatest quality is that he is not afraid to sing his heart out in his melodious voice for his beloved Snow White. He is an absolute gentleman and always dressed like one, and has a pretty face. But, some consider him a little too pretty, and quite boring, as well. What works in his favour is his love and recognition of beauty, and his courage to express himself in the most artistic manner. Originally planned to be the deuteragonist, he was finally given just two scenes, too small a screen time to make it to the viewers’ hearts. 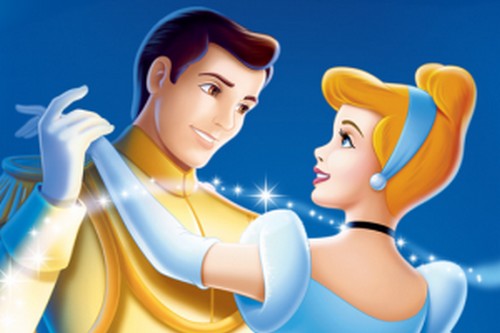 He is possibly the most famous of all Disney princes. After all, he is Prince Charming. But, most people seem to be confused as to whose prince he really is. Well, Cinderella stole Charming’s heart. The flamboyant Prince Charming likes to flaunt his excellent sword skills. But, he is far from shallow, and is an empathetic man. He is humorous and adventurous, and has a penchant for ball-room dancing. He isn’t just a romantic fool. Love is deep for him, something that he has seen between his parents, and knows he can’t find it with just anyone. Love is his strength. No wonder he is sought after. 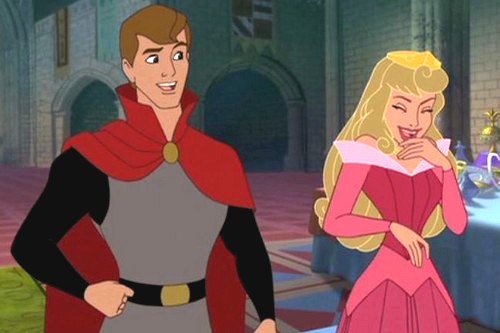 Philip was the first Disney prince to have a revealed name, a prominent screen time, and to know his lady love, Princess Aurora aka Sleeping Beauty since childhood. He has quite an easy-going nature. That’s probably because he has a way with people, as well as animals, and can subtly persuade them. He is brave and heroic, and would do anything for his woman, including not shying away from fighting a dragon. His loyalty is another one of his greatest qualities. He also has a melodious voice, which means he is quite a combination of excellent qualities. 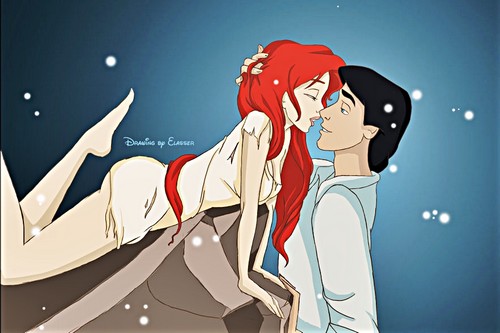 Despite being a royalty, Eric is accomplished as a mariner, and doesn’t hesitate in participating in the different duties aboard in his ship. As a prince of the coastal regions, it is natural that he is skilled in maritime trades and is a dexterous helmsman. But, the sea is more than royal duties for Eric. He is an adventurous and romantic soul, and the sea is his passion. No wonder he found his love in Ariel, the Little Mermaid. Another great quality about the deuteragonst of the story is that, irrespective of class and creed, he lends out his hand of friendship and assistance. 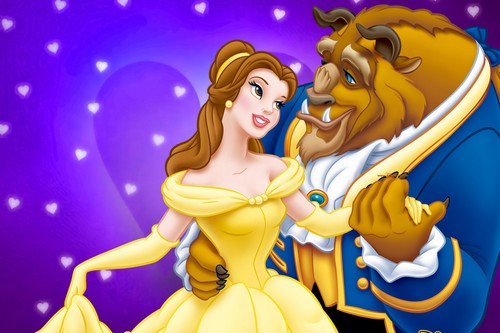 Adam (as he is called, due to Disney staff’s mistake) is angry and pessimistic, but, wouldn’t the hopelessness of breaking a curse as his, and the possibility of never being loved, or always being judged for his beastly appearance, make anyone frustrated? He has wall to keep out everyone. His original arrogance, too, still shows up at times, but, he is also a gentleman. He knows how to love someone more than himself. As a human, he is less attractive than the Beast who waltzes his way into Belle, the Beauty’s heart, and shows that the heart, and not the appearance, is what matters. 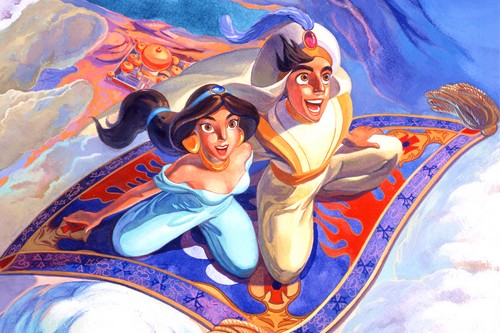 Of the Disney princes, Aladdin is the only protagonist of his story, though he has share the spotlight with Genie. He is also the first Disney hero who are not born with royal blood. Aladdin is a prince by marriage. His rags-to-riches tale begins with his everyday struggle on the streets as an orphaned thief. He has a heart of gold who provides for his pet monkey and befriends the Genie who could be his slave. He has quick wit to save a kingdom. He feels guilty for lying to his love. He lives in the moment. All in all, he is just who should be a prince. Did we mention he can sing to win your heart? 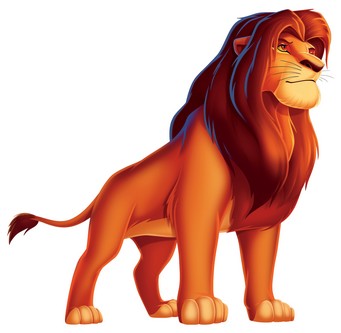 He may not be an official Disney Prince, but he has all the qualities to prove his royal lineage. He may not be human, but he earned his way to the throne, and this list. He steals our heart as a cub with his playful antics and ability to see the best in everyone. As he grows up, he retains much of the childlike fun-loving demeanour, something we all like in a man, and simultaneously, grows responsible and courageous enough to protect his family, no matter the cost. His love, faith and loyalty in every relationship is exceptional, and is capable of bringing out the best in them. 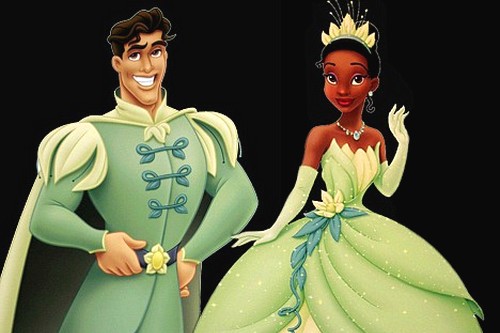 He gets cut off from royalty, but remains a bratty womanizer. He doesn’t really come off to be too high on morals when he pursues a princess for her money, or his personal gains. His, tuneful voice, exotic accent and caramel skin don’t really help much. But, he gets more appealing when he becomes a frog. And once he discovers true love, he lets go of materialism, and marries Tiana in the frog form. He has the curious case of being a renounced royalty, making Tiana a princess by marriage – of sorts. He finds happiness in co-owning Tiana’s restaurant. As a human, of course. 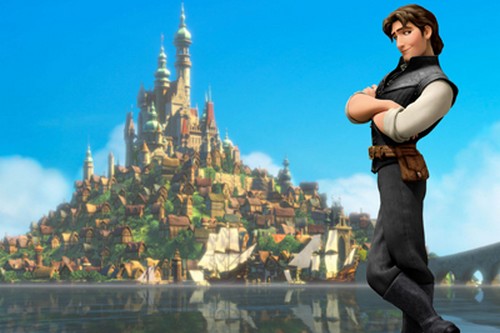 Eugene Fitzherbert isn’t a name to be proud of. Besides, Flynn needs a street name because he is a thief. He gets also knocked out way too often! So, how does he get to wed into royalty? It’s his selflessness and love. He lets love lead him, as he chooses to take a more honest path and give up thieving, and he is even ready to trade his life for Rapunzel’s freedom. Plus, his handsome looks and charming ways work in his favour. Interestingly, he was supposed to be blonde, but a Hot Man meeting where female employees named their favourite handsome men determined his looks. 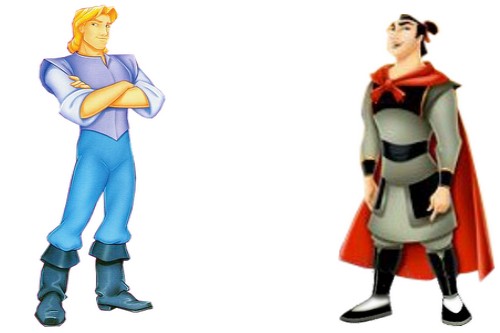 Captain John Smith and Captain Li Shang are neither royal by birth nor do they become princes by marriage. But, that doesn’t stop them from being in the same stature as a prince, because being a prince requires much more than blue blood. John, an adventurous soul, falls in love with the rustic and wild ways of Pocahontas. Li is a dutiful, reserved man who brings perfect balance with his calmness as opposed to Mulan’s intrepidity. Then there’s the rugged Kristoff who proves yet again that one doesn’t need to be suave and handsome, or a prince by Disney’s affiliation, to love and be loved, as he returns to help Anna. Elsa sure can’t not give her blessing and her sister’s hand to him.

Disney has created some other interesting princes, as well. Peter Pan, Hercules, Tarzan, Quasimodo, Robin Hood, and many more have stolen the hearts of our beloved princesses, and charmed us in the process.