Snow White remains the youngest Disney princess who happened to be 14 years old when she was kissed by the prince. Well there was a time when women got married at 14 and had children- consider Juliet (who is not a Disney princess) whose father actually exclaims that “girls in Verona younger than you have been very good mothers” when she was only 14 too. None of the princesses based in the movies come from real life characters except Pocahontas. Mulan was a legend and legends can be true or not. We have compiled a list of the 10 most popular Disney Princesses.You won’t believe who is number 1 because that surprised us too. Princess Sophia doesn’t even make it to the list. Read on! 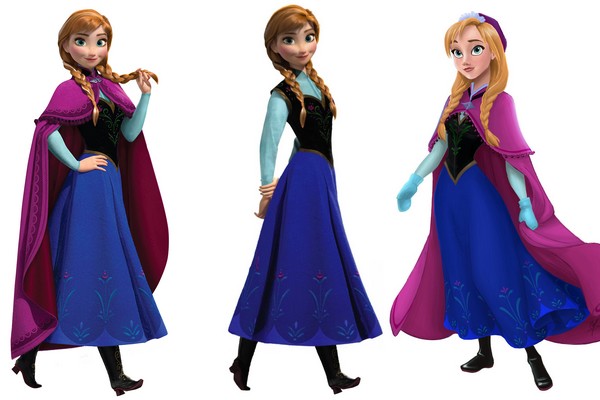 Princess Anna of Arendelle appears in the 53rd animated Walt Disney film: Frozen. Anna is quirky, fun and loyal. She is relatable with so many of us by the way not because she is a princess but because she is clumsy, awkward and socially awkward! What people love most about her is her forgiving attitude. Elsa kind of ruined her attitude when she shut her out (her parents included in our range of culprits) and yet she risked her life not only to save her, but also forgave her. In fact, as soon as she found out why Elsa was always so reserved, she became friendlier, more urging and open with her sister and tells her that “for the first time in forever, I will be right here”.

Merida is a fictional character from Pixar’s first ever Disney princess animated film Brave. She is the only princess in Disney with brothers! She is also one of the two Disney princesses to be trained in archery. The second one is also on this list. Every stinking princess in Disney is either being spoiled by her parents or is being tortured by the step-mother. Merida is different because although she is not pretty and suave like a princess should be- she does not go by the book and no one tells her how she should live her life. She is honest, brave and courageous. If her crazy hair were straightened, they would reach her calf! 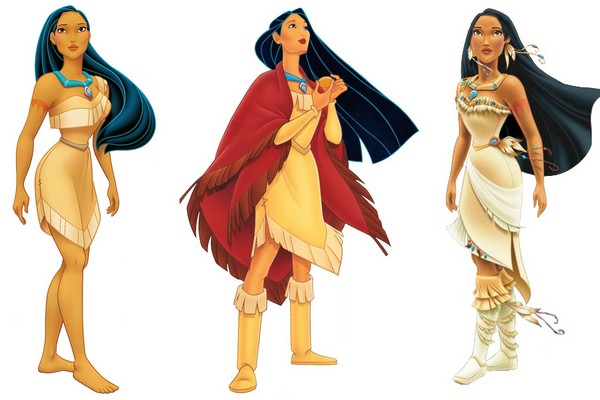 Pocahontas like we said, is the only character amongst popular Disney princesses that is real. She is the title character of Disney’s 33rd animated film which I actually saw when I was just 8! Pocahontas is one of the few positive representations of the Native Americans in the mainstream media which is actually a pity in our humble opinion. Most of the scenes in the movie depict the culture and ceremonies of the natives. Although the film is historically inaccurate, the struggle of Pocahontas to find the right path is real. She followed her heart and fell in love with a man that she was not supposed to love and yet sacrificed all of it for the sake of peace. If we had more people like that amongst the warmongers of the world… 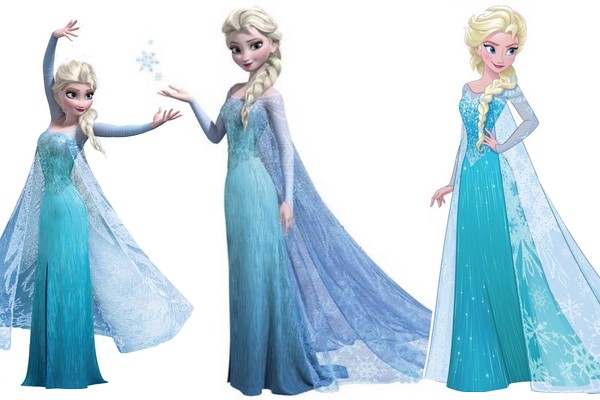 Elsa is both a princess and a queen of Arendelle. She is Anna’s sister who is number 10 on this list. Although a controversial character, Elsa bags the 7th place on our list based on the number of votes that she got. She is a very mature princess who doesn’t spend her time daydreaming and tries to protect everyone who is near and dear to her. One of the best things about Elsa is her dress which reminds us that Anna’s wardrobe in the whole film was quite dismal for a princess as compared to her sister’s. 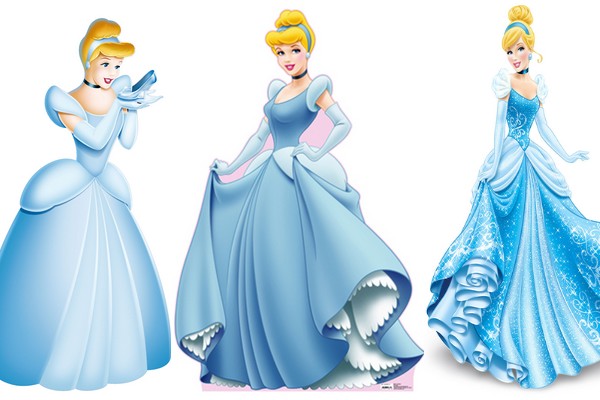 Walt Disney’s 12th animated feature film depicted Cinderella who first appears to be helpless  and weak but is actually a favourite of many people! She hangs on to her mother’s advice and has courage. She does not forget to be kind and generous. Despite being served orts from the plate of her step family, she shares her food with the mice. She is gentle and funny at the same time. She has the wits and the guts to say “good morning” to her step sisters. Originally, Cinderella was intended to be produced as Silly Symphony series by Disney but I guess our little girls got lucky! Walt Disney once told Ilene Woods, voice of Cinderella, that she was his favourite Disney Princess. 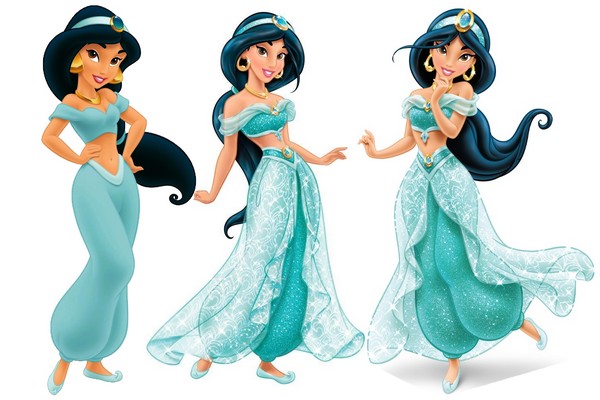 Jasmine is the favourite of the feminists because she doesn’t let herself get pushed into marriage. She wants Aladdin to marry her for the sake of love and not riches which is why she keeps herself composed. So basically Jasmine teaches us not to get married for the sake of getting married and rather to seek the love and respect that should form the basis of any relationship. She is brave, courageous and forgiving. She loves Aladdin for who he is and accepts his flaws for the goodness in him. 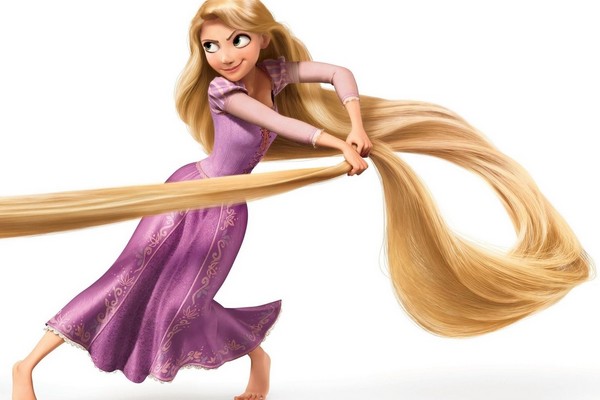 Rapunzel is not our typical Disney princess. She appears in the 50th animated Disney film and is the first princess to be CGI-animated. She is also the first Disney princess to have green eyes and freckles. Her eyes by far are the biggest amongst all the Disney princesses and she was the 10th in the list. She is fun-loving, playful and clever. She is strong-willed and brave. We wouldn’t say that running away from home is a “brave” act but doing so to see the lanterns falls in the bravery category no doubt. Rapunzel is a perfect example of believing in your innocent dreams. It is tough to confront someone who has been manipulating you since you were an infant and even harder to stand up for them. Yet, thinking and caring about them is a quality that Rapunzel possessed. 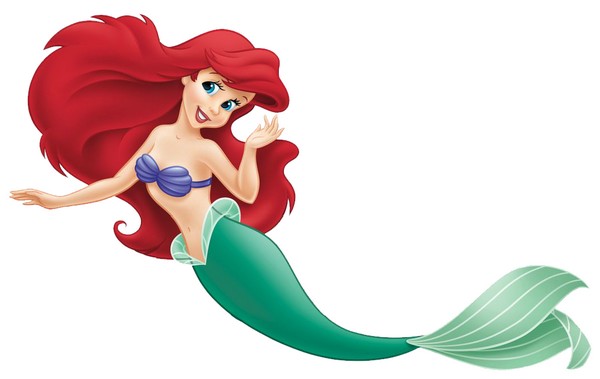 Ariel is the only Disney princess of a non-human origin and appears in the 28th Disney animated film “Ariel the Little Mermaid”. Anyone who is a fan of the sea life is an automatic fan of Ariel. Her ventures in the sea, whether or not they are related to her man, are interesting. The name Ariel translated to “Lion of God” in Hebrew. Many of the mannerisms of Ariel came from improvising her live-action model. The live action model for Belle and Ariel was the same: Sherri Stoner. Ariel can also be seen hanging in the mermaid lagoon in Peter Pan’s Flight to Disneyland. 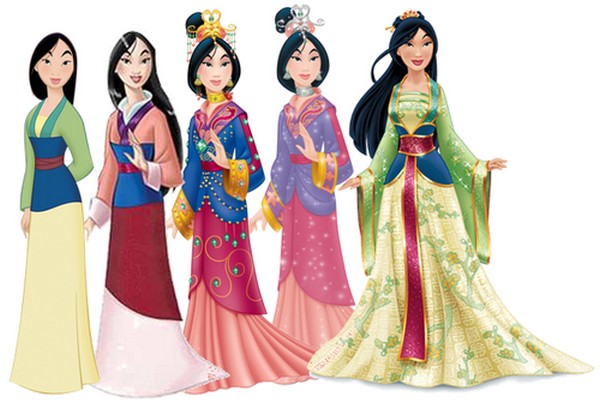 Mulan is based on a legend so we don’t know whether the character was  real or not. Her story is based on the ancient Chinese legend of Hua Mulan that has been described in the poem “The Ballad of Mulan”. Trained in archery, she is one of the two princesses of Disney that are left handed (the other being Tiana). Her singing voice is that of Lea Salonga. Mulan shows independence, bravery and refuses to be governed by the stereotypical conventions about how a woman should behave. The best princesses should not be judged on their beauty, voice or how they are waiting for their prince. They should rather be judged on the moral values that they display. Mulan is so much that Disney mothers are not! 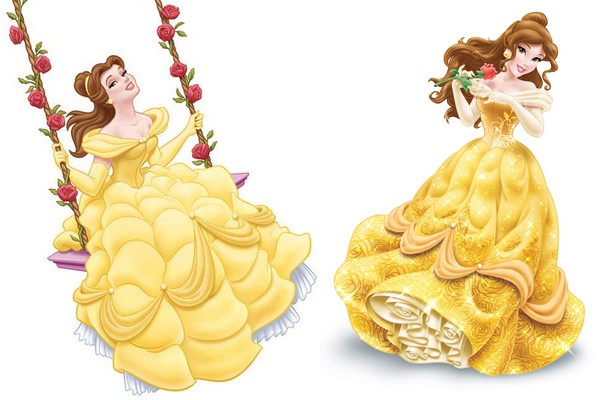 Yea that surprised us too! Belle is the most favourite amongst Disney princesses because she doesn’t want a prince. Her names means beauty and yet she asserts the nerd in her despite the whole town making fun of her. Why people think beautiful ladies should only care about dressing up and fashion is something that we have never understood. People who read and try to gain knowledge look beyond the material things in life like Belle who rejected the handsome but arrogant guy for the kind hearted beast.

She is the only Disney princess to have Hazel eyes and is supposed to be 17 years old. She shares her live action model with Ariel and she shares her dance with Aurora in Sleeping Beauty (it was created with the same cells by the animators). Also, she is the second princess from a non-royal descent (after Cinderella). Belle has a character depth that no other princess in Disney does. Her character draws inspiration from Jo in “Little Women” and “the little wisp of hair that falls on her face” shows that she was not perfect.

In case someone is wondering what criteria this list is based on- it is popularity. How we judged popularity? Through an online survey. Based on a total of 11,000 votes, the princess with the most votes comes to the top while the one with the least goes at the bottom.