When little girls think of princesses, they automatically visualize the beautiful, wide-eyed, gracefully dressed Disney Princesses. Every young girl in her early childhood wishes to be a princesses, and today, they have set ideas about the ideal princess, i.e. the Disney Princesses. In fact, Disney has taken a step forward to make 11 of their animated young women the official Disney princesses. The official line-up of Disney princesses as of 2014 includes Mulan, Snow White, Tiana, Cinderella, Belle, Merida, Rapunzel, Ariel, Aurora, Jasmine, and Pocahontas, though Princess Anna and newly-turned Queen Elsa are also popular among young girls. But, we often forget about many of the other princesses of Disney franchise. So, let us take a look at 10 Forgotten Disney Princesses. 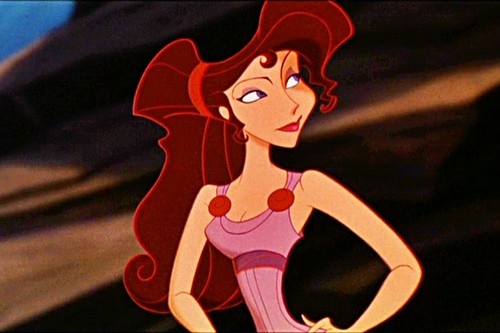 Megara, more commonly known as Meg, appears as the love interest of Hercules who is the son of the Olympian King of Gods Zeus, in the movie Hercules, and all the other films and TV series on Hercules. Though her family background remains unmentioned in the series, and she comes across as a commoner who became a princess by virtue of marriage (Hercules the animated series), Greek mythology suggests she is the daughter of Creon, the King of Thebes, and is thus a princess by birth. She is intelligent, atypically unromantic yet flirtatious, and world-weary, and is a significant part of the story. Megara is therefore worthy of being crowned as one of the memorable Disney Princesses. 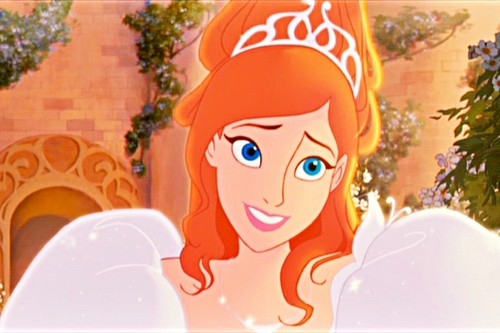 Giselle, the princess of Andalasia, and then, ends up in the tough world of New York, due to the conspiracy of the wicked Queen Narissa, the step-mother of her prince of dreams Edward. Sweet, pristine and inexperienced, she is described as “eternally optimistic and romantic” but is also “very independent and true to her convictions”. In fact, her character was designed to be a combination of Snow White, Cinderella, Sleeping beauty and Little Mermaid. She is “about 80% Snow White, with some traits borrowed from Cinderella and Princess Aurora… although her spunky attitude comes from Ariel a.k.a. The Little Mermaid.” She retains her chastity even amidst earthly complexities. 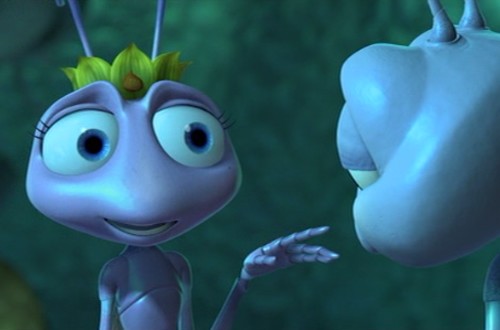 Atta is the princess of the ant colony in the movie A Bug’s Life. As the eldest princess who has been given the responsibility of the colony, and her apprehension about how she is being perceived and how she is handling her duties is quite apparent. However, the lavender-coloured, beautiful Princess Atta only displays her acute attention to details and perfection through her constant worries. She thrives in the midst of love and support, and is able to bring out her inner conviction to take care of her colony, as well as her loved ones. She is feisty and intelligent, and armed with her incredible speed, flight, telescope and loudspeaker. She is also caring, and is a great daughter, sister and wife. 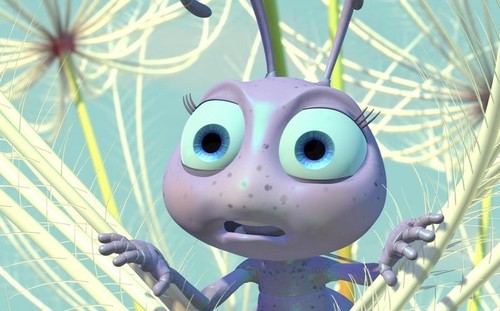 The youngest princess of the ant colony in the movie, A Bug’s Life, tiny Dot is small, and her wings her underdeveloped, tough she eventually learns to fly. But her size and age do not stop her from being strong, brave and charismatic. In fact, she hates being small, and has no dearth of courage, spunk and tenacity. She is a member of the Blueberries, the ants’ equivalent to a scouts troop. In fact, she makes significant contribution to the tale, lending her whole-hearted support to Flik, the nerdy ant protagonist of the story who eventually gets married to Princess Atta. In due course of the story, she even overcomes her fear for Thumper the grasshopper, and even smacks him in the face. 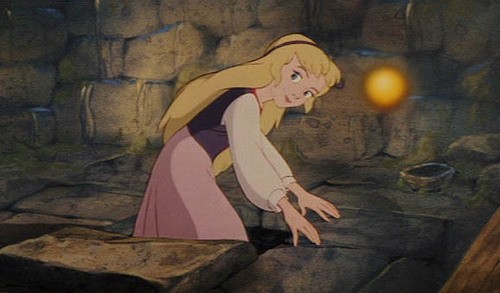 Eilonwy appears as the princess of Llyr in the movie The Black Cauldron. She is only about twelve years old, and is kidnapped and taken hostage by the Horned King in the hope of using her magic bauble to find the Black Cauldron. Young Eilonwy isn’t all dreamy like an archetypical princess, since she is cynical. She is also quite talkative, and has the tendency to break into rants. The plucky girl may fit the description of a pretty princess of Disney, complete with golden hair and blue eyes, but she is also quite headstrong and heroic, even though in the beginning, she is addled and seems confused. She is determined to help her friends find the Black Cauldron. She is also affectionate. 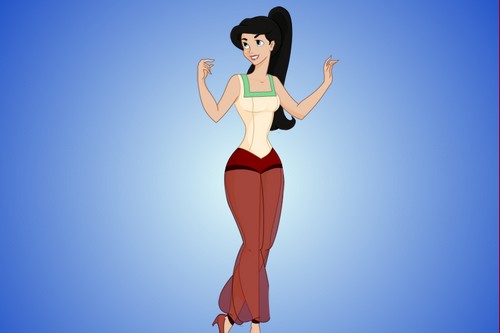 Everybody loves the Little Mermaid, but how many are aware that there is a sequel to the movie? Princess Melody is the protagonist in the film The Little Mermaid II: Return to the Sea. She is the daughter of Ariel. While she has inherited the black hair, thick eyebrows and blue eyes from her father, Prince Eric, she has the personality traits of her mother. She is intelligent, mischievous, and fun-loving. She is also quite brave and adventurous, though she is a little shy, as well. She is also greatly skilled at swimming, and has great speed, because of her partial mermaid heritage. She hates rules and ironically, she is a human wishing to be a mermaid, and becomes a mermaid by magic. 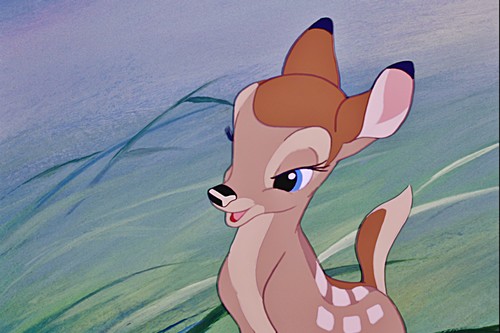 Faline is the deer who is featured as the love interest of Bambi, the prince of the forest in the movie Bambi and its sequel. Though she is not born into royalty, she becomes the Princess of the Forest by virtue of being Bambi’s wife. Faline may not get to wear the beautiful clothes of the official Disney Princesses, but she is just as beautiful, and naturally so. As a young fawn, she is hyoeractive, but gradually gains maturity as an adult. She is almost angelic, with a bubbly, cute and romantic personality. She is also loving and caring. Her goals in life are simple: to be with Bambi for the rest of her life. She is resourceful and clever, and is a great support system for Bambi in his times of worries. 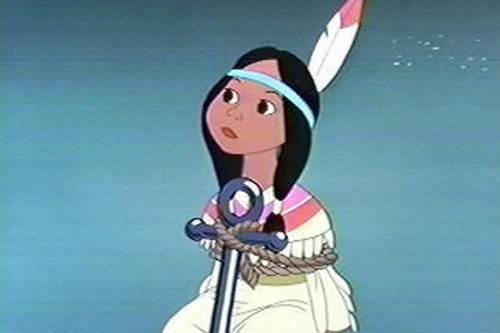 Tiger Lily is featured in the film Peter Pan as the daughter of the Native Chief of an Indian group. There should not be a doubt about her being a princess, because Pocahontas, too, has a similar lineage as hers, and she is an official Disney Princess. However, Tiger Lily gets far less lines in the movie. She is Peter Pan’s friend, and loves to have fun. That she is royal is quite evident from her attitude, because most of the times, she has her head held high and her nose turned up, in a snobbish way. But this is more because of her being proud and brave, rather than being a pampered royal child. She is also stoic and flirtatious, and is ready to keep a secret to help her friend. 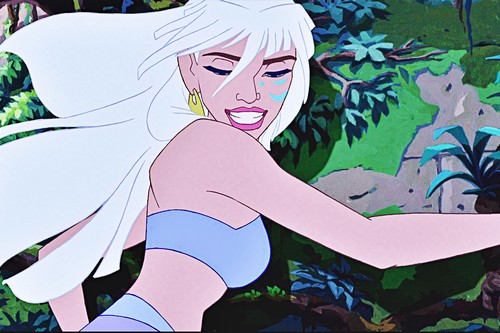 Kidagakash “Kida” Nedakh appears in the film Atlantis: The Lost Empire, and its sequel. She is the daughter of Kashekim Nedakh, the King of Atlantis, and hence, a princess by birth. She evertually becomes the queen, with the death of her father, which could possibly be the reason for her not being an official Disney Princess, though she has all the other characteristics that would make her perfect. Unlike other Disney princesses, she is a formidable warrior, and is intelligent, energetic, and even aggressive when she is required to be so. She also has a unique sense of style, with her hair being white with a tied off section, and blue tattoo beneath her eye. She is kind and caring, too. 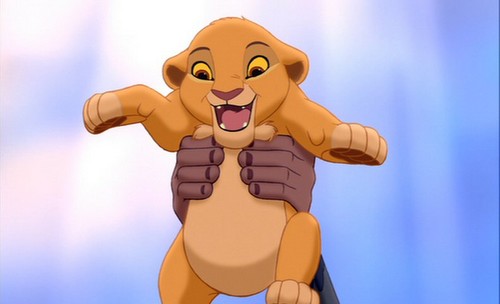 Kiara is the daughter of the Simba Lion King and his wife, Nala, and is featured in the film Lion King II. She receives almost as little recognition as a princess as her mother Nala does as the Queen of the Pride Lands. This is perhaps because she is not a human princess with the capabilities to wear fancy gowns and attend balls like the official Disney princesses, but she is no less than them in courage and conviction. If anything, she is quite ahead of many of them. After all, she is a lioness! She is appropriately headstrong, confident, independent and charismatic, and her compassion and kindness add to her nobility. She wants to win her father’s trust and prove that she is strong enough.

While these Disney princesses, and many more, have not gained their due respect, recognition and marketing, for various reason – most of which, we assume, are commercial, – and many of them are almost on the verge of being forgotten, they have also received great love from audience-members who have chanced upon them. Of course, there are several non-Disney princesses, too, who deserve as much love and adulation from little girls around the world.