Disney is more than just a theme park that children, residing anywhere in the world, dream to visit. There are things that happen surrounding this mass media corporate that are unbelievable, sometimes peculiar and often bizarre. Here are 10 such lesser-known freaky facts about Disney that you probably didn’t know. 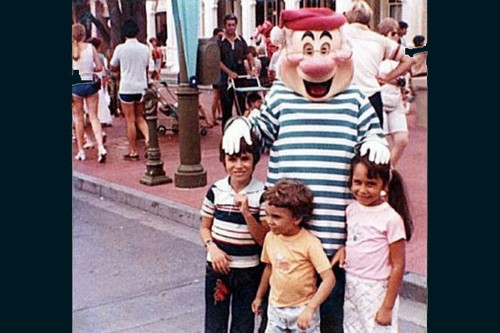 When Alex and Donna Voutsinas were living some happy nostalgic moments, sifting through their family photographs, they discovered that they had met at Disneyland when they were children. In one of the pictures, taken in 1980, 5 years-old Donna is seen posing with Captain Hook’s first mate, Mr Smee. And at the background, they noticed 3 years-old little Alex on a stroller, being pushed around by his father. Naturally they were surprised. Alex’s mother went on a hunting spree for their own Disney vacation photographs taken during the same summer. The photographs ascertained (by the t-shirt colours) that it was none other than Alex and his father in the background. The picture seems to have sealed their destiny.

The Disney had once invented some unique self-destructive DVDs called ‘Flexplay EZ-D DVDs’ which were easily available in various convenience stores. The cost was synonymous to rental DVDs. The DVDs were tightly packed in vacuumed packages which when once opened, after 48 hours, the playing surface got oxidized therefore destroying the content. The Pack came with a caution: do not open until ready to watch movie! In spite of it being commercially feasible, the product failed to attract attention. 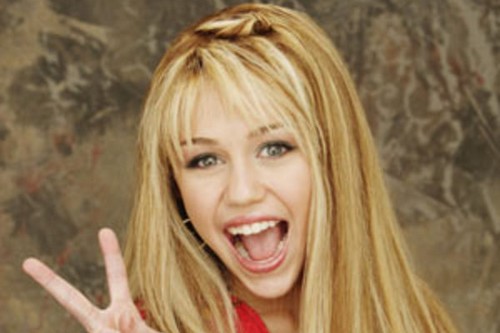 ‘Hanna Montana’ is perhaps the greatest Disney franchise ever. The show that was immensely popular among teens spread far beyond the borders of America. But before Hanna Montana, Miley Cyrus was only known as the daughter of a country singer, Billy Ray. Several girls were considered to play the part which was eventually bagged by Miley. When the show finally went to floor, the makers did some brain storming sessions as to Cyrus’s on-screen name before finally settling for Hanna Montana. The amusing part in this is when they had considered using the name ‘Alexis Texas’ which, though chunked out by Disney, was adopted by a young ‘porn star’. Alexis Texas started her career in 2006, coincidentally the same year when the show went into production. Since then Texas has acted in about 500 films.

7. The Mean Side of Disney

Disney has, time and again, gone to great lengths in order to preserve the copyrights of its famous characters. Back in 1989, a day care centre was send notice by the Disney to erase the Disney characters painted in its walls. But in 2006, the Disney-loving people had had enough of their inconsiderate money-making tactics, when the parents of a still born child wanted ‘Winnie the Pooh’ to be engraved in the headstone of their child’s grave but was refuse by the Disney. Following a public outcry, the spokesman said, “Our deepest sympathies go out to the family at this time. We have been in contact with them and are in the process of fulfilling their original request.”

Surprising it may seem but Disney cashes out wages as low as $8.03 per hour which proves to be insufficient, to even acquire the basic amenities of life; therefore some Disney workers go homeless. They usually rent motel rooms and sift from motel to motel on weekly basis. Some of them even share motel rooms – by violating the general occupancy rules – to accommodate for a week or two.

Following World War II, Disney was seen creating a few instructional short films; one such film was made to address girls’ hygiene during menstruation. Commissioned by the Celucotton Company, the film named – ‘The Story of Menstruation’ – was created in 1946 and was popular among school going young girls. Since it was a Disney film, depictions was censored by showing white menstrual fluid and limited anatomy. Though the 10 minutes short gained widespread approval from all over America, some believed, it was largely an attempt to boost the sales of Celucotton’s Kotex brand products which was, back then, receiving severe beating from its rivals.

Thelma necessarily lived a tragic poverty stricken childhood. Her mother died while giving birth to her and her precious sister was burned to death while cooking dinner at their home. She had dreamt of becoming a legal secretary but lack of money throttled her wishes. Then in 1951 she got a job that would change her life. She became a housekeeper at the Disney residence. Being a live-in housekeeper she grew close to the family and was honestly devoted to them. Walt Disney used to give out shares of stock to Thelma as holiday gifts. Though at the time these stocks were of humble value, later they sky-rocketed. When Thelma died in 1994, she left behind her a legacy of $9 million dollars, half of which went to her son and the other half, to needy & homeless children.

3. A Film Shoot Secretly in Disney

We already demonstrated how Disney takes their property seriously and selfishly. But one man seems to have had his way with the Disney and even got away unharmed. Randy Moore’s surrealist film ‘Escape from Tomorrow’ was shoot entirely on Disney grounds but without their permission. Moore made an elaborate plan before stepping in for the task and created this film secretly. It was shown at Sundance Film Festival 2013. The film follows the nightmarish journey of a recently jobless father, while at a Disney vacation with his family. This is not the sort of behaviour, Disney is known to overlook but fortunately for Randy, Disney took no action at all, perhaps in an attempt not to glorify their inability to stop the film from being made, in the first place.

2. When Mickey Was A Drug Dealer

In 1951, a mini-comic ‘Mickey Mouse and the Medicine Man’ had Mickey posing kind of a drug dealer. The comic was created in association with General Mills Wheaties. As the story goes, great pals, Mickey and Goofy together come across a rare new medicine named ‘Peppo’ which when consumed amphetamines the consumer and make him behave like a jerk. So Mickey goes on to fetch the distribution rights of Peppo over the region of Africa which is obviously followed by the usual African adventure. At the end, Mickey drugs the evil medicine man with Peppo and saves the day. All’s well that ends well, they say.

When it comes to business, the Disney bosses can be one heck of an annoyance. The Disney characters that one sees haunting the parks were obviously suited up men. Everybody knows that but unknown to most were the woes of those men who were required to wear underwears issued by the company because their personal underwears ran the risk of becoming visible. This would have been no big deal really, but when one shift ended the undergarments along with the character suits had to be shared with another actor. Though the cloths were washed with hot water every night, lice and scabies began spreading among the actors. Complains were also heard regarding the disgusting smell of the garments. Finally in 2001, Disney came to an understanding with its employees who were, since then allowed to take their own undergarments home and do their own washing.