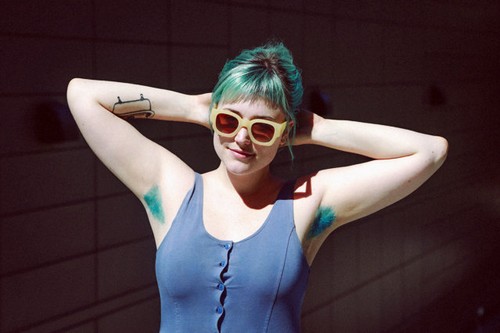 Fashion is a relevant term. It is based on peoples’ personal preferences. Although there are fashion trends that the world gets crazy about, people will follow only the ones that they personally like. Fashion has been there for centuries. Cleopatra was one of the first fashion icons of the world and her style sense is still talked about. She introduced nail polishes with the pulp of fruits, the big dark lined eyes and the ornate jewelry that she adorned at all times. Fashion is observed everywhere in the world according to the area’s culture, climate and traditions.

Fashion trends come and go and even though we all love following fashion, sometimes it just gets completely weird. There have some fashion trends that you just can’t seem to understand. Fashion designers like to bring out their creativity on the runway and we get that but sometimes they just go way over the top. They forget what would look nice or not and just create about anything possible. There have been fashion shows where models have worn dresses made out of hair, condoms and one designer attached real humans together in weird ways to make a statement. What are you trying to convey?

Here is a list of the 10 bizarre fashion trends out there. Get ready to cringe. 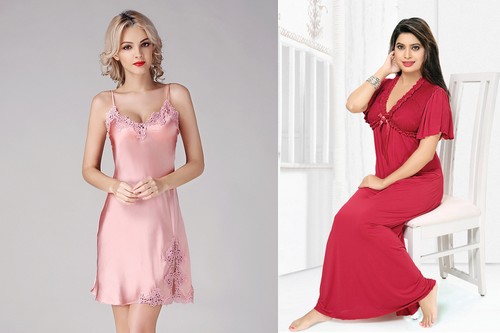 One of most bizarre fashion trends, we have recently seen on runways and red carpets is the night suit fashion. Now you might be confused but people are literally wearing night suit for events. Brands have come out with slip dresses which are basically sexy nighties turned into dresses and some wear the good old pajamas and a robe. Um if you’re so sleepy why don’t you stay home?

9. The hideous case of socks in sandals 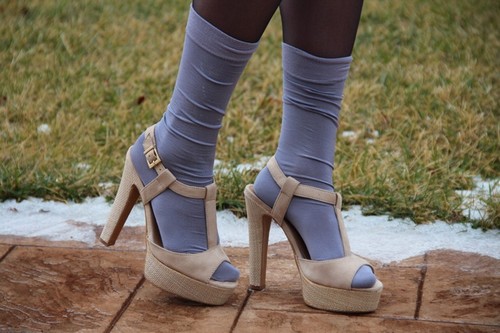 For me the worst shoe trend is the crocs. I absolutely hate the shape of them and can’t stand them. But this trend just won the trophy. Socks in sandals is the new shoe trend and it is absolutely horrendous. Girls are wearing sandals and not the flat ones with thick neon colored socks in them. Um how exactly does that look flattering?

There are fashion trends that are weird and there are those that are downright gross. This is one of those bizarre fashion trends. The new fashion trend endorsed by celebrities like Miley Cyrus is of dying your armpit hair of different colors. Women have grown their armpit hair and gotten them dyed. Apparently this shows a symbol of feminism but I just see gross hair. 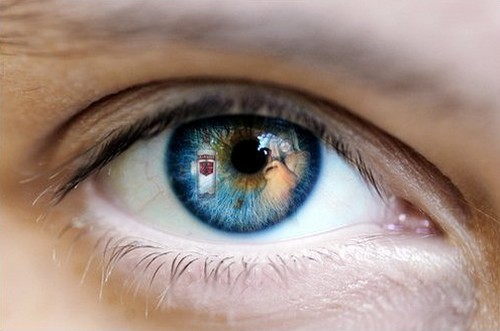 People have gotten tattoos for centuries with the resources they have had. Tattoos can be simple and meaningful and some just plain weird. However the latest trend is getting your eyes tattooed and this is just bizarre and scary. I’m getting goosebumps just thinking about it.

See also; Top 10 of the world’s most beautiful eyes. 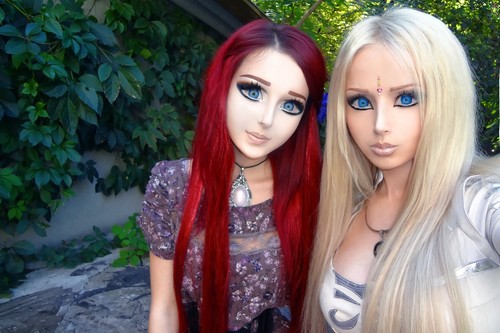 Remember when we were kids and played with Barbies. Yeah those were the simpler times. However the Barbie fever has gone a little out of hand and turned into what is now called the Barbie flu. In Ukraine women are turning themselves into living Barbies by getting plastic surgeries done. The men aren’t far behind either and are getting surgeries done to look more like Ken. A city full of human dolls, that’s just terrifying. 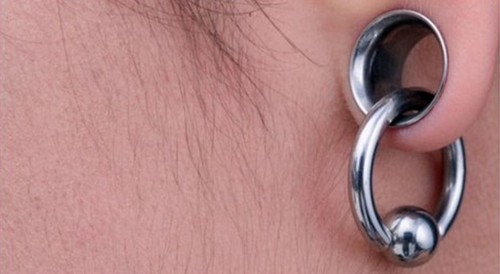 Piercings are commonly done as a fashion statement but in countries such as Africa these piercings are a part of their culture. An African ritual is to stretch out the ear and placing huge rings inside. However it has now seeped into the younger generation as a fashion trend and is just simply weird. 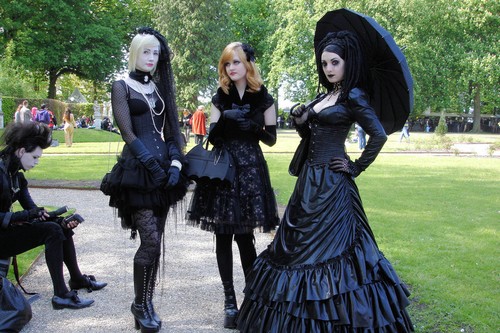 We all know the comic con craze that goes in Japan but the recent trend has just weirded us out. Gothic Lolitas have taken over the fashion trend in Japan where women are dressing up in gothic clothing and makeup with an umbrella as a prop. Yeah we know you’re made in Japan 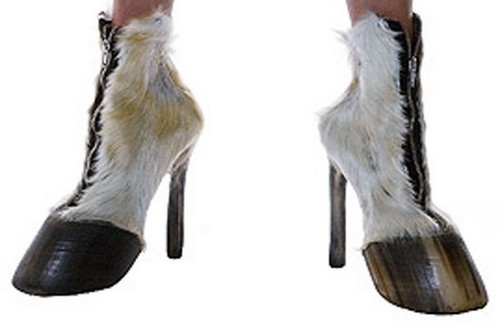 OMG somebody stop this monstrosity please. The new shoe trend seen on runways are the hoof footwear. These are shoes in the shape of hoofs and they look exactly like them. These look so scary as if people just became centaurs. 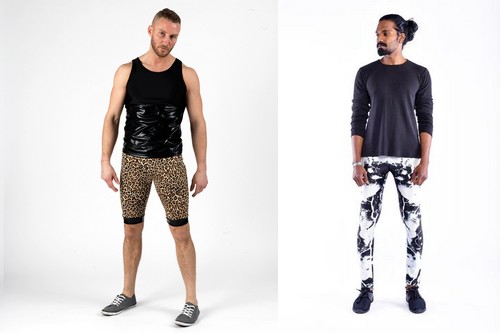 We understand unisex fashion and love it too. But some things are just supposed to be worn by one gender and leggings are one of them. Leggings for men have now taken over the fashion scene and are being called ‘meggings’. 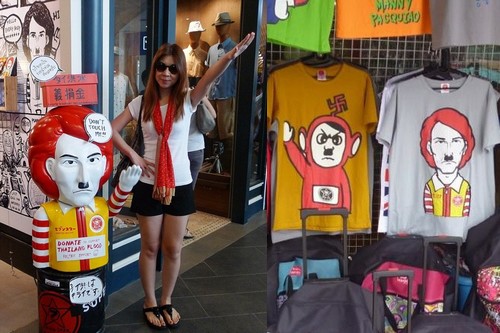 Hitler died many years ago but his fashion sense has stayed. Thailand has been recently seen with a Hitler fashion craze. People are seen wearing shirts with Hitler’s face, accessories, posters and many other things. We’re very worried about the Thai nation.