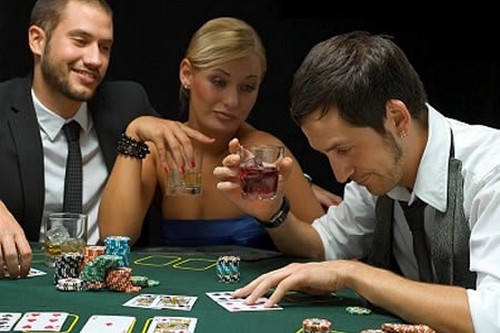 Divorce is something that most people condone and most couples try and avoid. But when the situation is uncontrollable, divorce seems to be the only way out to live happily ever after. The number of divorce cases across the world is huge and with these bizarre reasons being added to the list, the number can only rise. In America, 50% of all marriages end in divorce. That means one out of every two couples will eventually separate. Gone are the days where marriage was a sacred thing. Now it is more likely you will end up divorced rather than have a happily ever after. Although there are many common reasons for divorce like cheating, beating or even just meeting (an ex), these bizarre reasons will literally drop your jaw and widen your eyes.

10. You Are Beautiful On The Inside. NOT!

In China, a man named Jian Feng filed for divorce from his beautiful wife when he found out the truth about said beauty. The wife did not tell Feng about the plastic surgery operation she had done. She spent $100,000 on the procedure which gave her her stunning looks. Feng was deeply in love with his gorgeous wife until the couple was blessed with a baby girl. According to Feng, the baby did not look like him or his wife. In fact, he said that the baby was “horrifically ugly”. The wife feared being charged with adultery and she finally confessed. Feng sued her, won and divorced the woman.

We all know that poker can sometimes go a bit too far and the players can at times lose whatever possessions they have. But this bet took the game to a very different level. A Russian man, Andrei Karpov, lost his entire savings in a game against his opponent, Sergey Brodov. He really wanted to play more but had no more money to, so he did the unthinkable and bet his wife. Karpov lost the hand and with it, his wife. When Sergey showed up at Karpov’s home to take what he had won, his wife was absolutely furious. She then divorced Karpov and began a relationship with Sergey. They were later married. Now, that is what you call a “Royal Flush”.

Across the world, women find a need to lie about their age for some of the most outrageous reasons. But eventually, they have to come clean when they decide to settle down. Unfortunately, a Chinese man found out that his wife for 10 years had lied to him from the beginning. She had told him that she was 24 when he plucked up the courage to propose but in reality she was 30. When he found out the truth, he just could not believe it and saw no other outcome but divorce. For a small little number, she lost out on a happy marriage.

6. Marriage Is a Game

World of Warcraft is one of the biggest selling games in the world but the makers didn’t expect it to be a marriage breaker. When Jocelyn, a 28 year old gamer, presented her husband Peter with the World of Warcraft game for Christmas, that is exactly what they got. When Peter got the game in 2004, he got so involved in it; he began to neglect himself and his wife. He stopped doing his chores as well as stopped paying the bills. In a matter of 9 months of playing the game, their 6 years marriage was called off. If only there was a reset button for their life as there is in the game.

5. Running to Get Divorced?

In 2008, Wang Yueting, a 56 year old Chinese man was divorced by his wife because he ran across China to show his support for the Beijing Olympics. According to his wife, Wang sold his apartment and purchased a van and supplies for the run. He also hired a team of six men to help him on his mission. On the side of the van, he painted the words “Support Beijing Olympics” in Chinese as well as in English. His wife warned him saying that she would divorce him if he went through with it. He refused to listen as he believed she was bluffing but when he finished his run, she carried out her plans and divorced him.

After being married for 50 years, Eliza, a 70 year old Romanian woman finally decided that she needed to be separated from her husband. She said that her husband had been spending all their money on feeding the stray dogs around their neighborhood. Whatever pension had been coming in for the couple, the husband was spending on buying food for the dogs he so dearly cared for. But what he did not realize was that he was leaving their house empty and without any meals. Eliza recalls her husband buying some scraps of food for just a couple of dogs initially and found it extremely touching but towards the end of their marriage, the husband was feeding over 20 stray dogs which meant food from the house was being taken out. Unable to deal with the loss, she decided to file for divorce.

The reason behind the large number of stray dogs in Romanian cities is because during the 80’s many people were forced out of their homes in the country to live in apartment buildings in the city. These families left behind their belongings as well as their pets.

Imagine getting divorced for being a lover of animals? Yes, in fact in Israel, a man decided “enough is enough” when his wife adopted 550 cats and brought them all home. In 2002, the man’s wife surprised him with the litter and at first, he was fine with it. They all got along very well and the extended family was extremely happy. But as the days and months passed by, he realized that the cats were in the way of everything. They crowded the kitchen, the bathroom and every other room in between. The husband realized that his income was being spent mostly on cat food and not human food. That is when he snapped.

The husband then saw the cats stealing food from the dining table after he confronted his wife about the splurging on cat food. This was the last straw and he divorced his cat loving wife. His only wish was that she land on her feet.

This is probably the most hilarious reasons for divorce ever. We have all seen and maybe even been a victim to how Facebook can destroy a relationship in a matter of minutes. In a newly married couple of just 2 months, a wife files for divorce from her husband all because he forgot to change his Facebook status to “married”. The wife who was 28 years old wished to divorce her husband who was a 31 year old businessman for the most ridiculous reason. The husband said since the marriage was so fresh, he got lost in his work and it slipped his mind about changing his status. When taken to court, the judge sentenced the couple to counseling to try and sort out their predicament. Many lawyers have discovered that

Facebook is the reason behind one out of every five divorce cases in the world. These lawyers actually use Facebook as a tool to help them win their case as they can view all the required information online. This method helps a lot in child custody cases.

In the year 2009, a Saudi woman divorced her husband of 17 years when she learned of the name he was calling her. The woman went through his cell phone one day while it was out and she looked through the contacts when she came across her number stored under the name “Guantanamo”. As we all know, Guantanamo is a military prison in the United States.

Seeing this nickname, the woman was furious and immediately asked for a divorce settlement from her husband. Although he said he thought it would be funny and believed that she would share his sense of humor, the wife could not bear the thought of her husband referring to her as a prison. She said that the name was extremely harsh and rude in his part. He should have just stuck to the classics like “baby”, “honey” or maybe even “wifey”.