In the past decade tattoos have become more popular and accepted as compared to before. It is a costly affair and takes a long time to complete even a palm sized tattoo. But, there are always people who take their interest to a whole new level and want to stand out. The world has much place for them and fancies their interest! Here are 10 people who took their tattoo interest to an extreme that you cannot figure out what drove them and why, even if there is a justified reason.

Have a look at 10 Tattoo Fanatics and decide if you can comprehend! 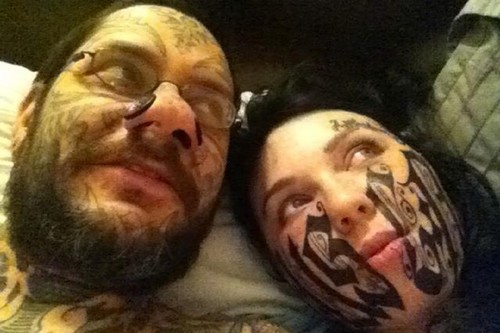 Apart from all the fully covered tattoos, Lesya Toumaniantz from Saransk, Russia took the wildest decision in the tattoo world. Lesya agreed to tattoo the name of Ruslan Toumaniantz, the man she met only 24 hours back. This was a blind step without the certainty of their relationship in the future. The tattoo read RUSLAN in calligraphy across her face in thick bug letters. However, they now plan on getting married to each other, which saves her face from the laser. 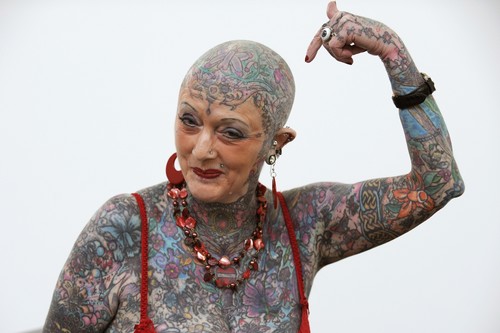 Isobel Varley From Yorkshire, United Kingdom held the Gunnies World Record for the most tattooed senior. In the year 2000, she was named as the world’s most tattooed senior woman. In 10 years, Varley got over 200 designs inked on 76% of her body. Contradicting to how it may seem, it’s not just men who take it to extremes, and it takes a lot more strength to withstand the pain. 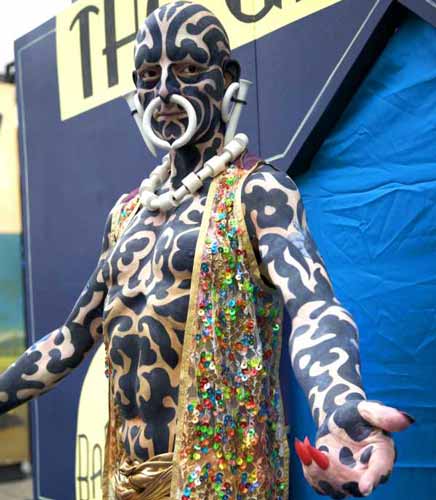 Horace Ridler was a professional freakshow and sideshow performer calling himself The Great Omi or The Zebra Man. Ridler left behind a wonderful story of his journey through the world wars to the performance phase in the later part of his life. 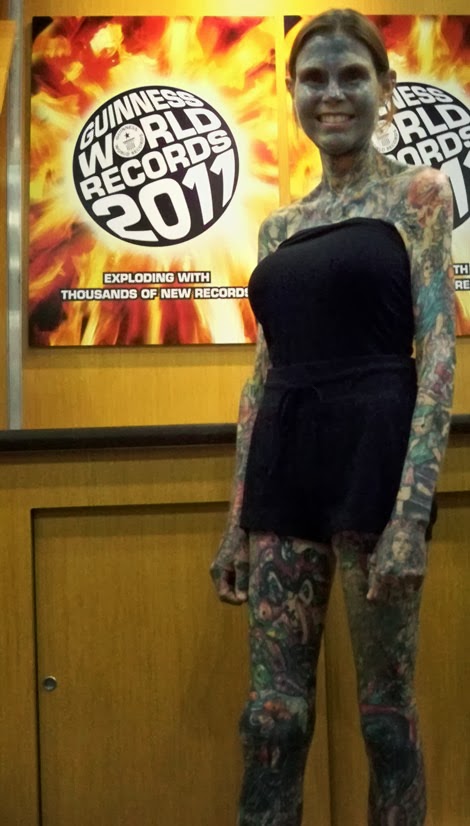 Julia Gnuse from California is commonly known as the illustrated lady. She holds the Gunnies World Record for the world’s most tattooed women. Julia was one of the victims of porphyria. Her doctors suggested her pale skin tone color tattoos as they prevent blistering, which did not work out. But, ultimately she resorted to covering herself with colorful tattoos with things that she likes and cherishes. 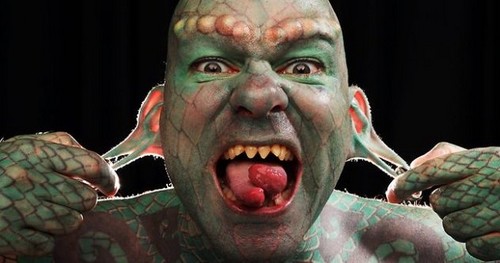 Erik Sprague also known as The Lizard Man is a freak show and side show performer from Texas, who now performs all around the world. He had his lips dyed to green, teeth sharpened like fangs, stretched his earlobes and was the first person to split his tongue in two. All of his tattoos took around 700 hours of work and were worth his freak lifestyle. 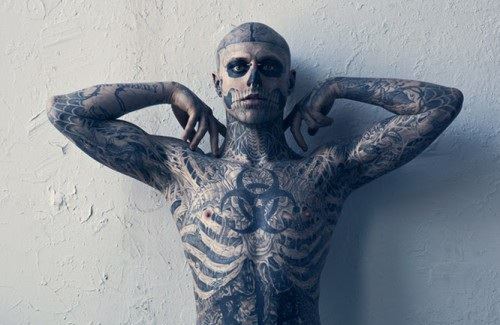 Rick Genest is a Canadian actor, artist and model who is also known as Zombie Boy for his corpse body tattoo. He mentioned that “The closest thing I could get to becoming a zombie was to get tattooed like one.” Rick spent over $16,000 for his tattoos and now build for himself a brand and established a reputation in his field of interest, freak shows.

Tom Woodbridge the tattoo fanatic is an English-born former soldier. He is also known as Tom Leopard- the Leopard Man. Before Luck Diamond Rich, Tom set the record for the world’s most tattooed man, and he spent £5,500 to ink himself like the cat. The Leopard Man is now 79 years and has been staying away from society for years. 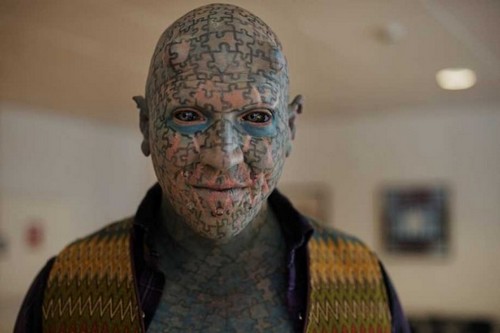 Paul Lawrence is an American actor and performer, also known as the Enigma. Paul has a unique full body jigsaw puzzle tattoo design along with ear reshaping and horn implants. This became a very popular tattoo design and is found in many galleries. More than 200 tattoo artists worked on the Enigmas body, and he still seems to be counting. 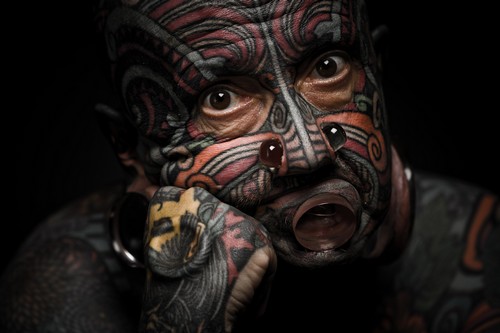 Etienne Dumont from Geneva is another tattoo fanatic who is completely covered with tattoos all over his body. Added to the extreme tattoo level, he also has plexiglass piercings under his lower lip and on the nose; titanium rings on both his hands, rings of 70mm diameter on his ears and two silicon implants as horns on his head which he plans to grow bigger by replacing them with bigger ones. 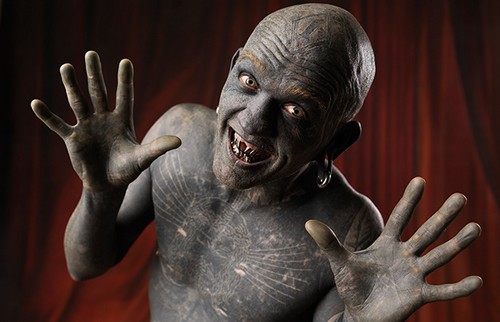 Lucky is the world’s most tattooed man. He holds a Gunnies Record for being 100% tattooed, even inside his foreskin, ears and mouth. This astonishing tattoo passion made him spend over 1000 hours with hundreds of artists to get his tattoo done.