Adolf Hitler is the name that comes to mind when anyone thinks about cruelty and fanaticism. But, there are also other sides and many hidden aspects of the Führer which created controversy about the judgment towards him in later days. The left-wing German weekly, “Die Zeit”, once published “The enigma of Hitler is beyond all human comprehension.” He was awarded the “Man of the year 1938” by Time magazine who put him on the cover page. Regardless of his nature and behavior for a superior race, he was the man of suspense and mysteries. He was very hard working, too, as he slept only for three to four hours a night while ruling over 380 million Europeans and carrying on his shoulder the whole world. So here is the list of 10 amazing facts about Adolf Hitler.

10. His First Love Was A Jewish Girl 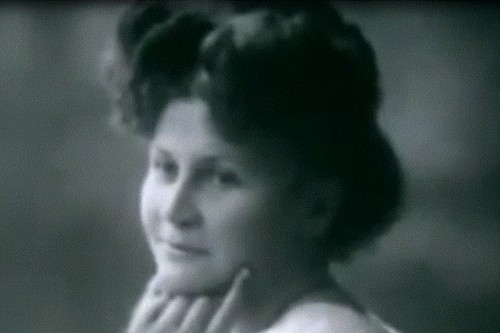 When he was 16 and attended school in Linz, he met a girl named Stefanie Rabatsch. He fell deeply in love with her, a teenager’s first love in spring 1905. His childhood friend, August Kubizek, wrote in his book “Adolf Hitler, mein Jugendfreund” that, “Stefanie had no idea how deeply Adolf was in love with her.” He never managed to her, always saying that he would do so “tomorrow”. When his mother’s funeral procession passed Stefanie’s house, he stated that he had seen her behind the window and had found consolation in that. In his best friend’s words, “When she responded with a smile to his inquiring glance, he was happy and his mood became unlike anything I had ever observed in him. But when Stefanie, as happened just as often, coldly ignored his gaze, he was crushed and ready to destroy himself and the whole world.” In her later days, Stefanie stated that she was unaware of his feelings.

9. His Family Doctor was A Jew 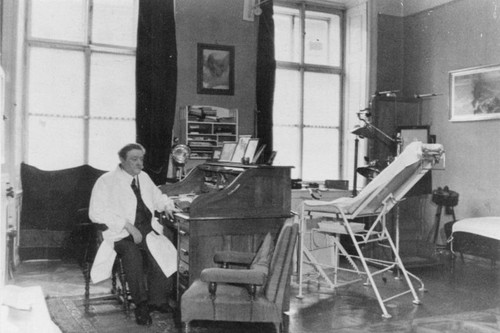 Eduard Bloch was a Jewish doctor who was held in high regard, particularly among the lower social classes in the native of Linz, Austria, around 1903. He was ready to help his patients at any time, even during night. The first patient of the Führer’s family he had to see was Führer himself when he became seriously ill and bedridden because of the severe lung ailment, and until 1907, he remained as the physician of that family. When Führer’s mother was diagnosed with breast cancer, Bloch treated her till she died without taking money from them. The then 18-year old Führer honored him with his “everlasting gratitude” for that. Later in his interview, Bloch said that Führer was the “saddest man I had ever seen”, when he was informed of the death of his mother. Bloch was also awarded special protection after the Nazi union between Austria and Germany.

8. He Always Carried His Mother’s Portrait 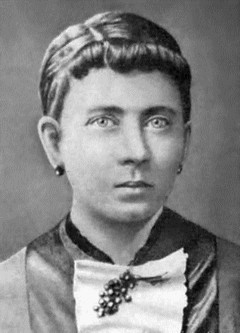 After Führer’s father Alois Hitler’s first marriage to Anna Glasl-Hörer, his mother Klara Pölzl was hired as a household servant at the age of 16. And after the death of Alois’s second wife Franziska Matzelsberger, Alois and Klara were married on 7 January 1885. Their first son, Gustav, was born on 15 May 1885, followed by Führer on 20 April 1889. His mother was very devoted to her children and regularly attended church with them. He had a very close relationship with his mother and was devastated by her death. He carried the pain for that loss for the rest of his life, and later said, that was a “dreadful blow…” In his book, Mein Kampf, he stated that he “…honored my father, but loved my mother.” In the book “Adolf Hitler, mein Jugendfreund”, August Kubizek stated, “When we lived together in Vienna he always carried his mother’s portrait with him.”

7. He Was A Strict Vegetarian 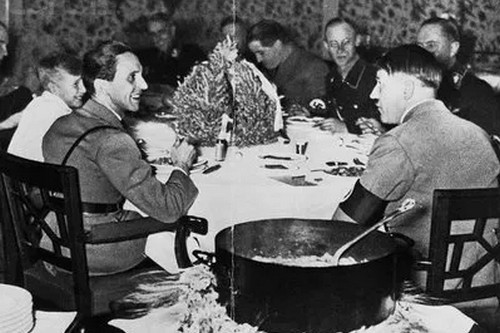 He followed a strict vegetarian diet since his early days and in 1941, he self-identified as an orthodox vegetarian. Ignatius Phayrethe later described him as “A life-long vegetarian at table”. He hated meat as he was strictly against any kind of animal slaughtering. German magazine “Die Weisse Fahneduring” once published in Führer’s ruling days, “Do you know that your Führer is a vegetarian, and that he does not eat meat because of his general attitude toward life and his love for the world of animals? Do you know that your Führer is an exemplary friend of animals, and even as a chancellor, he is not separated from the animals he has kept for years?” He himself also said, as recorded in the “Hitler’s Table Talk” that, “One may regret living at a period when it’s impossible to form an idea of the shape the world of the future will assume. But there’s one thing I can predict to eaters of meat: the world of the future will be vegetarian.”

6. He was A Great Artist 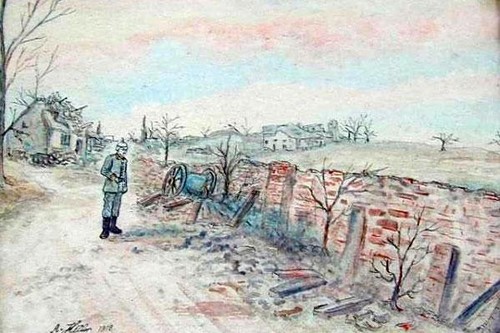 Painting was a major interest throughout his lifetime. He created hundreds of amazing paintings and postcards and sold those to earn a living during his Vienna years around 1908. Many of his paintings were recovered after World War II and auctioned at huge prices. In his autobiography Mein Kampf, he stated that he always wanted to be a famous artist, but was demoralized a little when he failed the entrance exam of the Academy of Fine Arts Vienna twice in 1907 and 08 as a painter, whereas the institution stated he was a talented architect rather than a painter. Knowing his talent, the academy suggested that he should apply to Academies School of Architecture. Frederic Spotts in his book “Hitler and the Power of Aesthetics” stated that “He had a modicum of talent at least in sketching buildings, but what technique he learned he picked up on his own.” Some of his best paintings are “House with a White Fence”, “Ruins of a Cloister in Messines” and “The Courtyard of the Old Residency in Munich”.

5. He was A Big Time Disney Fan 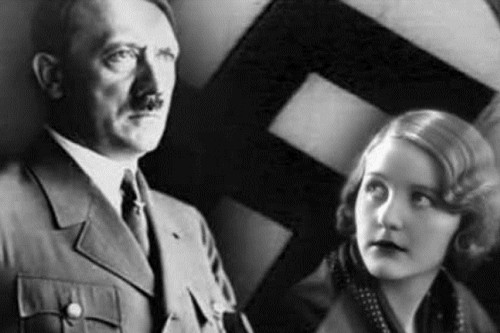 His dearest friend Ernst Hanfstaengl, who he called Putzi, revealed, while remembering Führer, that he was a frequent whistler. He would regularly whistle “Who’s Afraid of the Big Bad Wolf?” a song from the Disney movie, “The Big Bad Wolf”. As an interesting fact, his name itself was derived from old German word “Adalwolf” which also stand for “Noble Wolf”. Later in 2008, the director of a war museum in northern Norway, William Hakvaag, discovered some fantastic cartoon drawings by him during the Second World War and all of them were signed “A.Hitler”. Those paintings include Doc and Bishful from the 1937 Disney Movie “Snow White and the Seven Dwarfs” which is also one of his most favorite movies. Later Disney also showed honor to him with their movie “Der Fuehrer’s Face” aka “Donald Duck in Nutzi Land”, the only Donald Duck film to receive an Oscar till now.

4. He Never Visited Any Concentration Camps 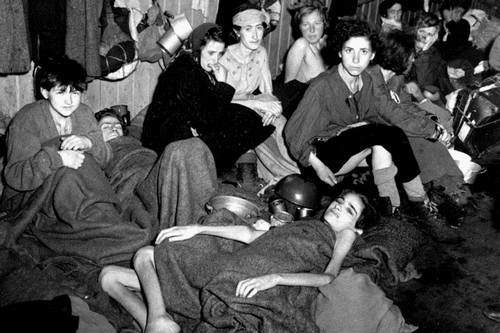 He never visited a single concentration camp and did not speak openly or even to his closest entourage about his plans or intentions to remove the Jews from his country. He kept himself aloof from all the concentration camps and also the final “Gas Chamber” solution. Whereas his Reichsführer Heinrich Himmler addressed SS leaders in 1943 about what it was like to see thousands of corpses lying side by side, describing “the extermination of the Jewish people”. No written order by him about the concentration camps or even the gas chamber solution has ever been found till date, whereas many historians also claimed that the orders never even existed. He even gave protection to some of his close Jewish people like Dr. Eduard Bloch during the union of Nazi.

3. World’s First Anti-Smoking Campaign Was Led By Him 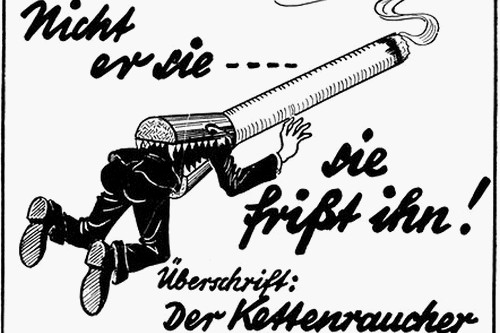 He initiated a strong anti-tobacco movement when German doctors became the pioneers to identify the connection between smoking and lung cancer. He hated tobacco and never touched it for a single time in his later days, whereas he led the world’s first anti-smoking campaign in history, which was also the most powerful anti-smoking movement on the planet, during 1930s. That anti-smoking campaign included banning of smoking in public places and promoting health benefits without tobacco intake. He said, “He does not devour it (the cigarette), it devours him” in one of his anti-smoking ads named “The chain-smoker”. From 1939 to 1945, smoking by his military personnel was also strictly restricted. He also viewed smoking as “decadent” and marked his feeling towards smoking by saying “so many excellent men have been lost to tobacco poisoning.”

2. He Was Nominated For The Nobel Peace Prize 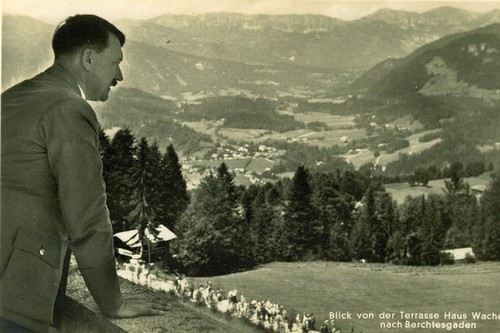 He was nominated in the year 1939 for the Nobel Peace Prize by a member of the Swedish parliament named E.G.C. Brandt, though, that nomination was never taken seriously due to the war controversies that time and also for political dilemma of World War II. A number of Swedish parliamentarians had nominated the then British Prime Minister Neville Chamberlin at the time for the Nobel Peace Prize, where Brandt viewed that the nomination with great skepticism, while nominating Führer as an opponent for the Nobel. However, that nomination was not well received by many other political leaders around the world and the nomination was swiftly withdrawn on 1st February, 1939, with just a single letter from Brandt. 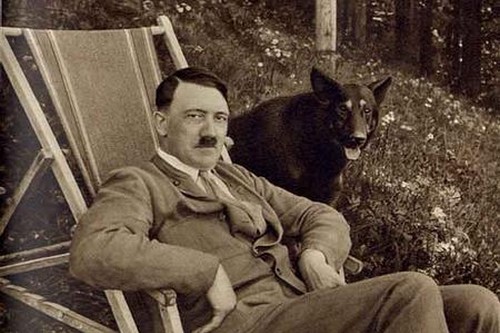 Yes, he was a big time canine lover, whereas he was afraid of cats like Napoleon Bonaparte or Julius Caesar. Ailurophobia, or the cat fear, was developed within him since his early days. He always maintained safe distance from cats whereas he mostly enjoyed dogs since his childhood. His personal favorite breed was German Shepherds. Blondi, his own German shepherd, often slept with him in his bedroom and was also with him in the bunker where they took their own lives without surrendering to anyone by cyanide pill. Blondi also had five puppies with Harras, the German Shepherd of Gerdy Troost. He named one of the puppies “Wulf” which is derived from the meaning of his own name.

Hitler is the most popular and also the most controversial leader of modern history. Despite banning his autobiography “Mein Kampf” in several countries after World War II, it remains as one of the bestselling books till date where 1938, 8,000 copies were sold in the United States alone.